In the previous post, I looked at the microcontrast of the Fujifilm 120 mm f/4 GF lens at minimum focusing distance (MFD) with and without two 18mm extension tubes. In this post I’m going to look at lens sharpness versus focal plane displacement for each of the raw color planes.

Here’s a picture of the setup: 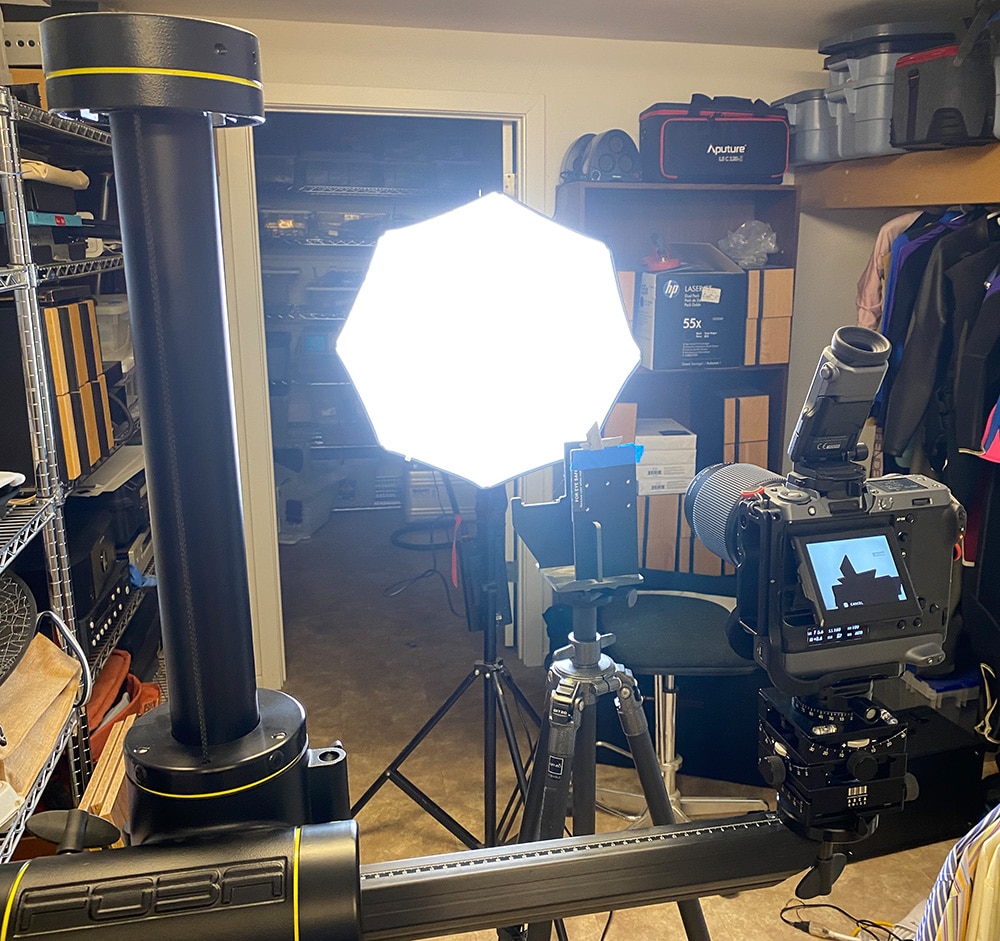 At f/4 in the center, first with the 36 mm worth of extension tubes: 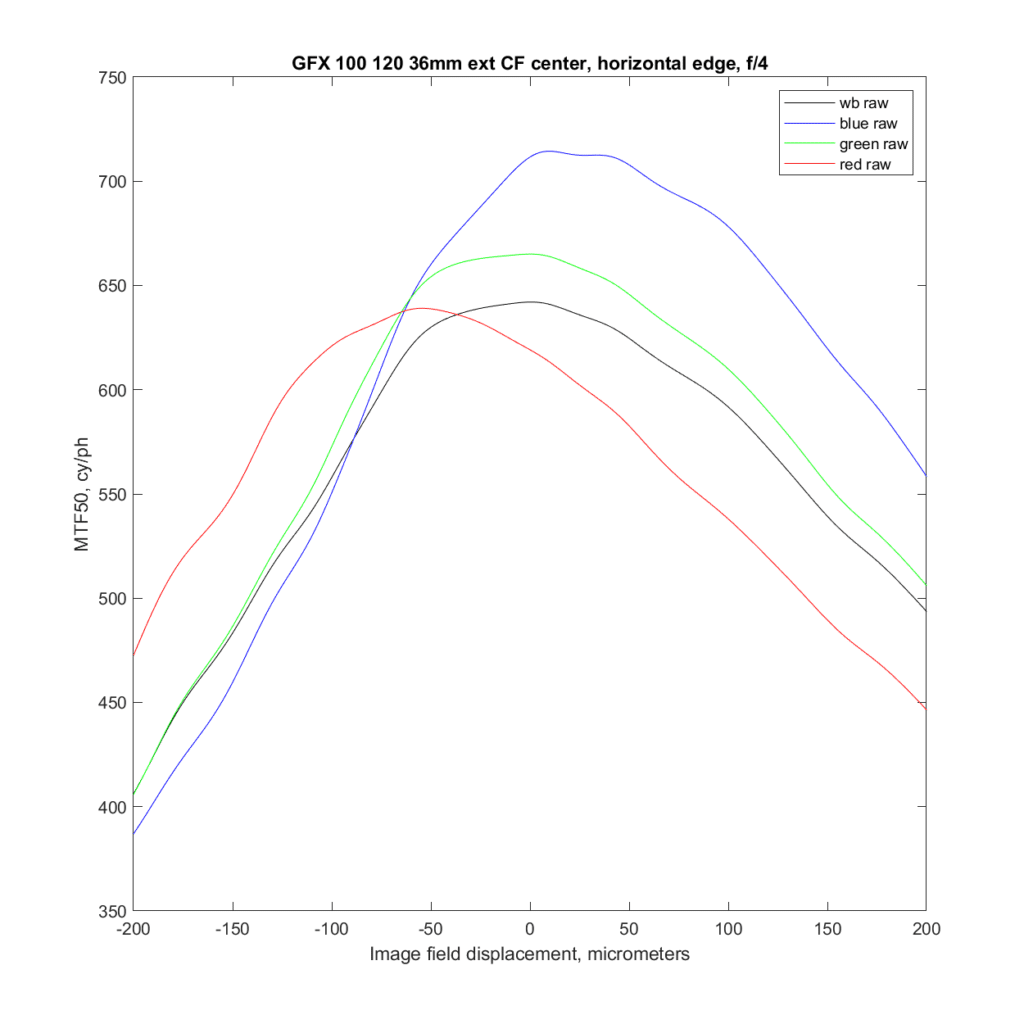 The height of the black curve at its peak is the best estimate of the sharpness of the lens that can be derived from this chart. In this case, it is a bit lower than the green channel curve because the lens has considerable LoCA.

The same curves with no extension tubes: 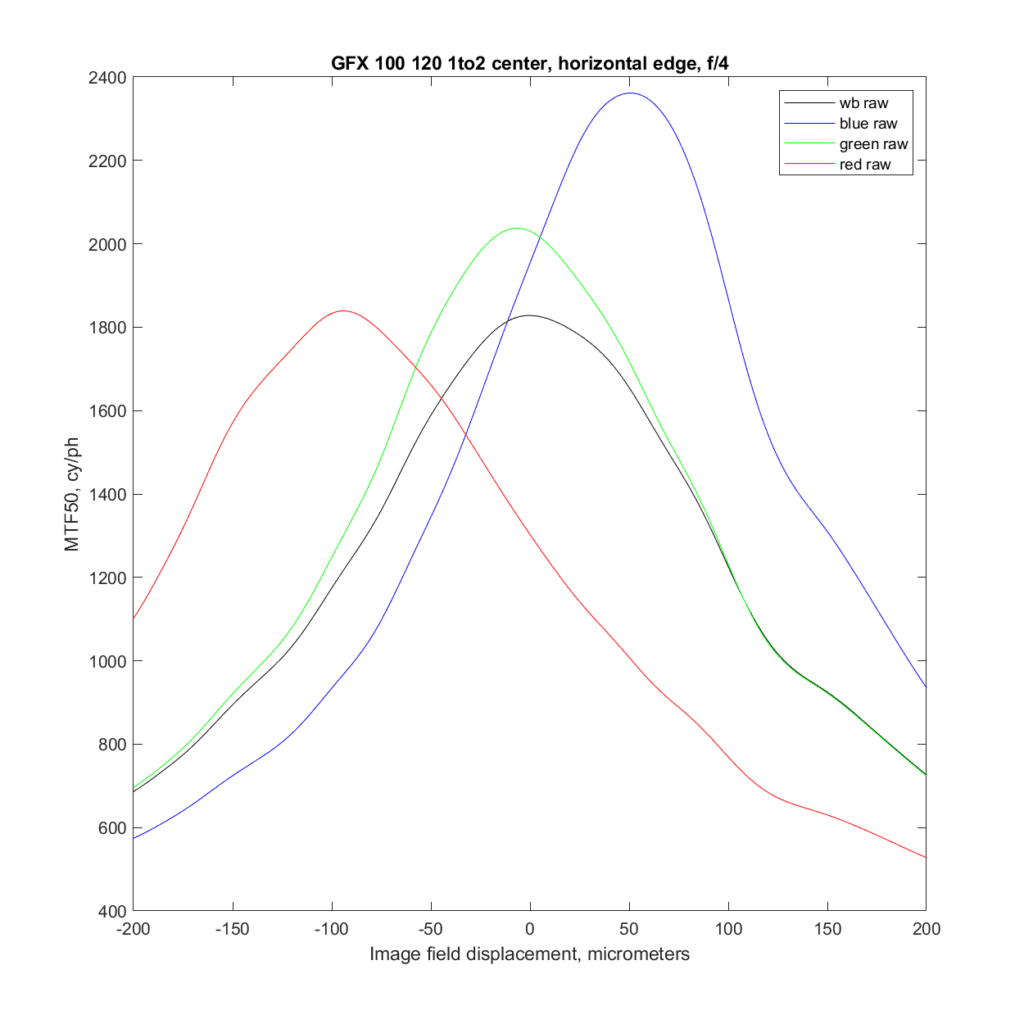 There is a bit more LoCA, but the lens is much sharper here. In fact, if you look at the white-balanced curves, it’s almost three times as sharp! 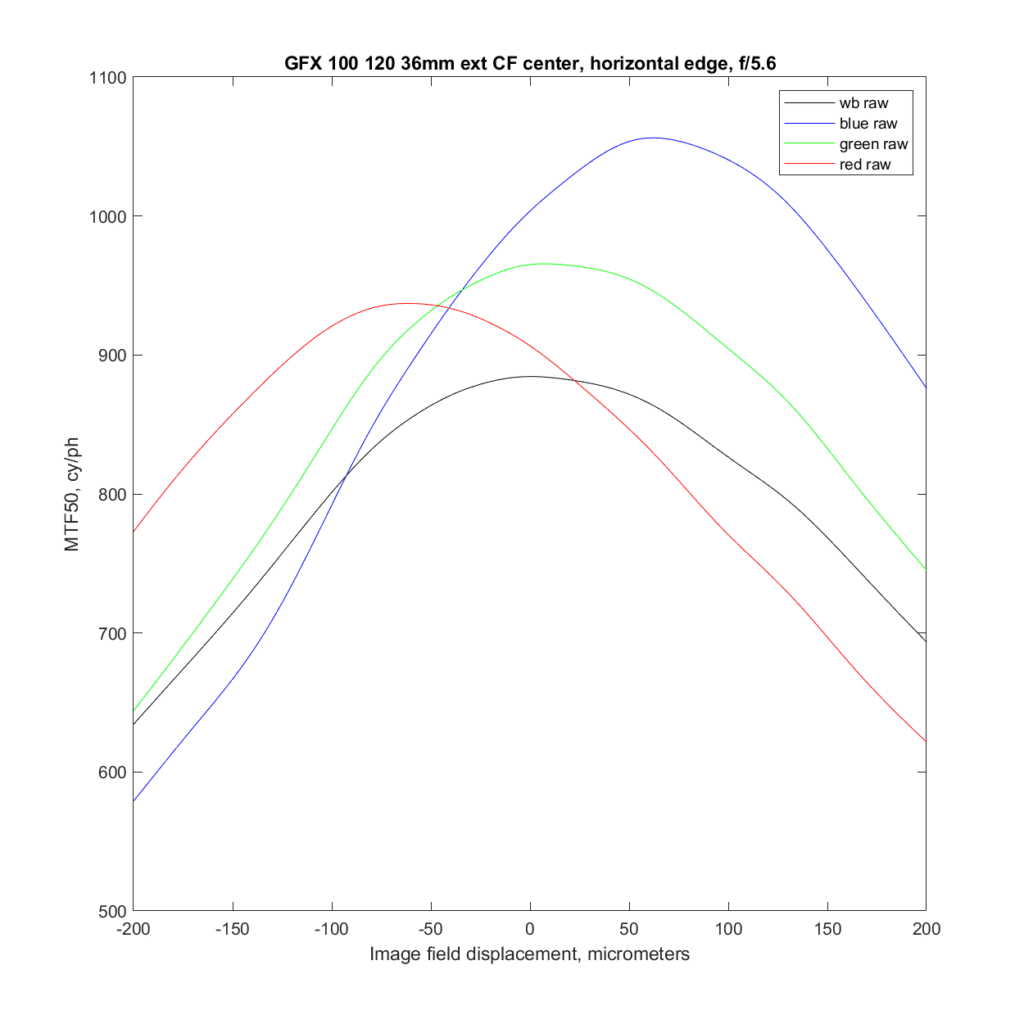 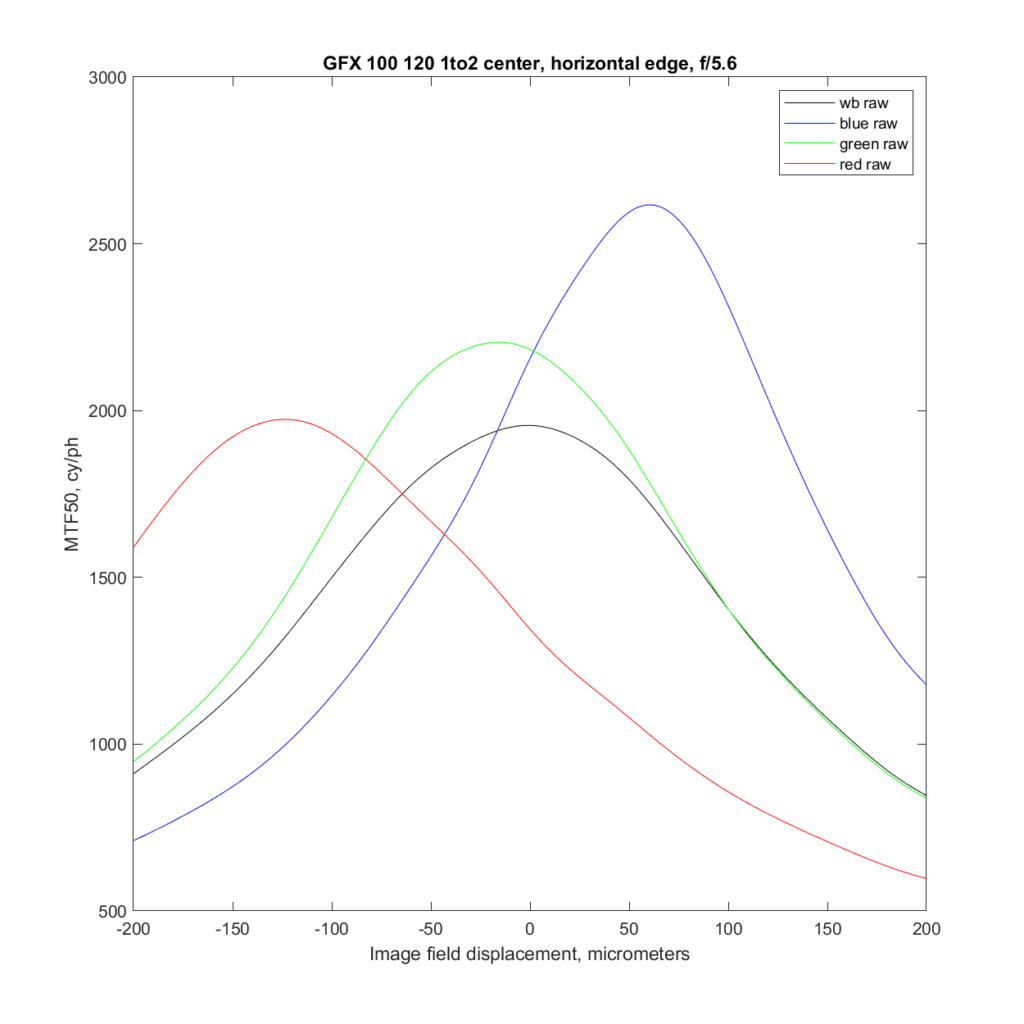 The lens is almost twice as sharp without the tubes. 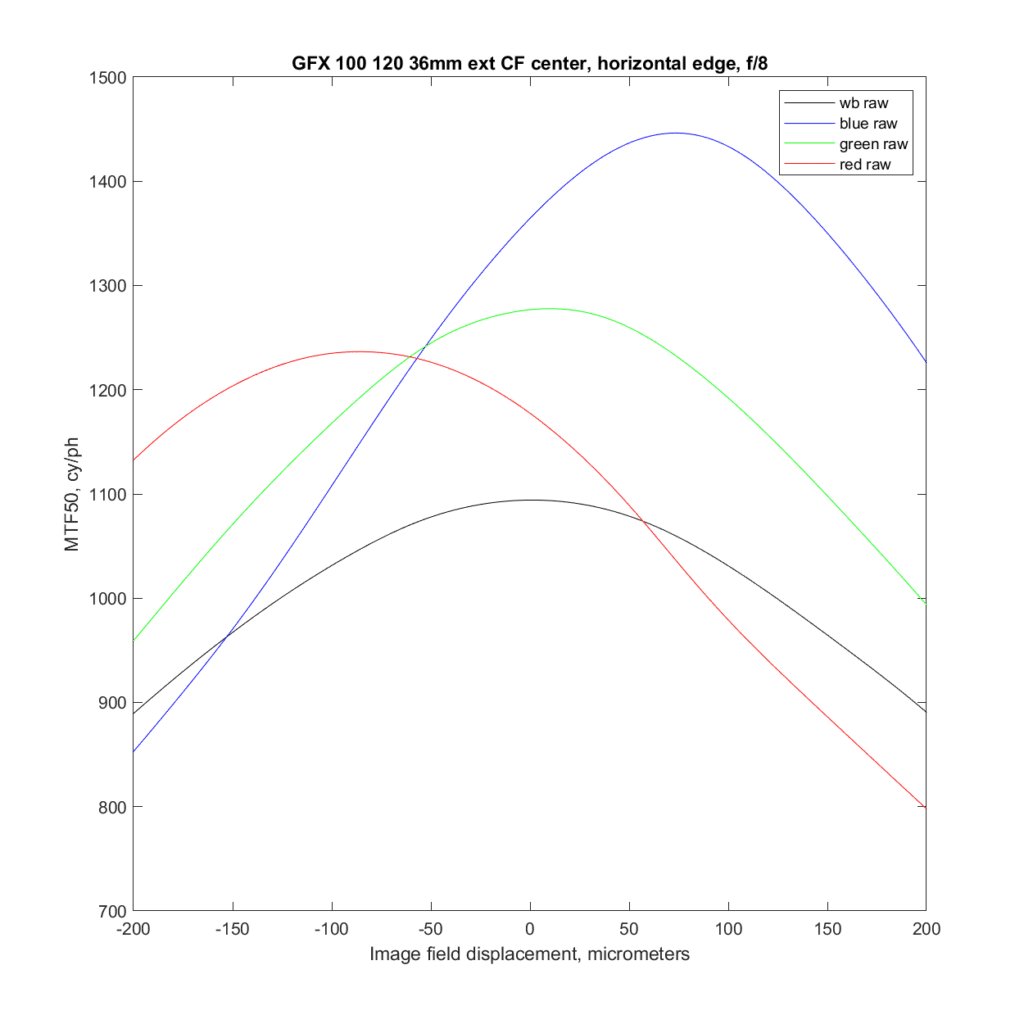 And without the tubes: 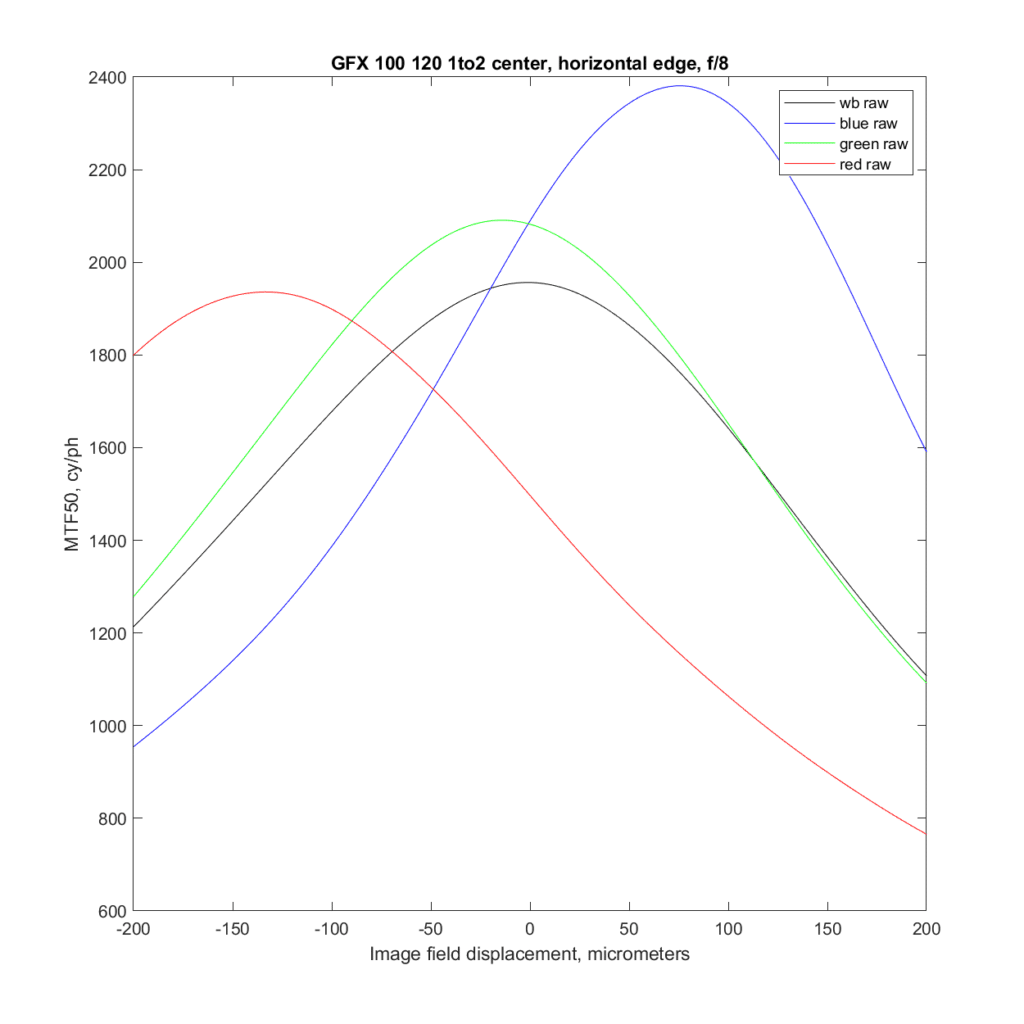 Almost twice as sharp without the tubes. 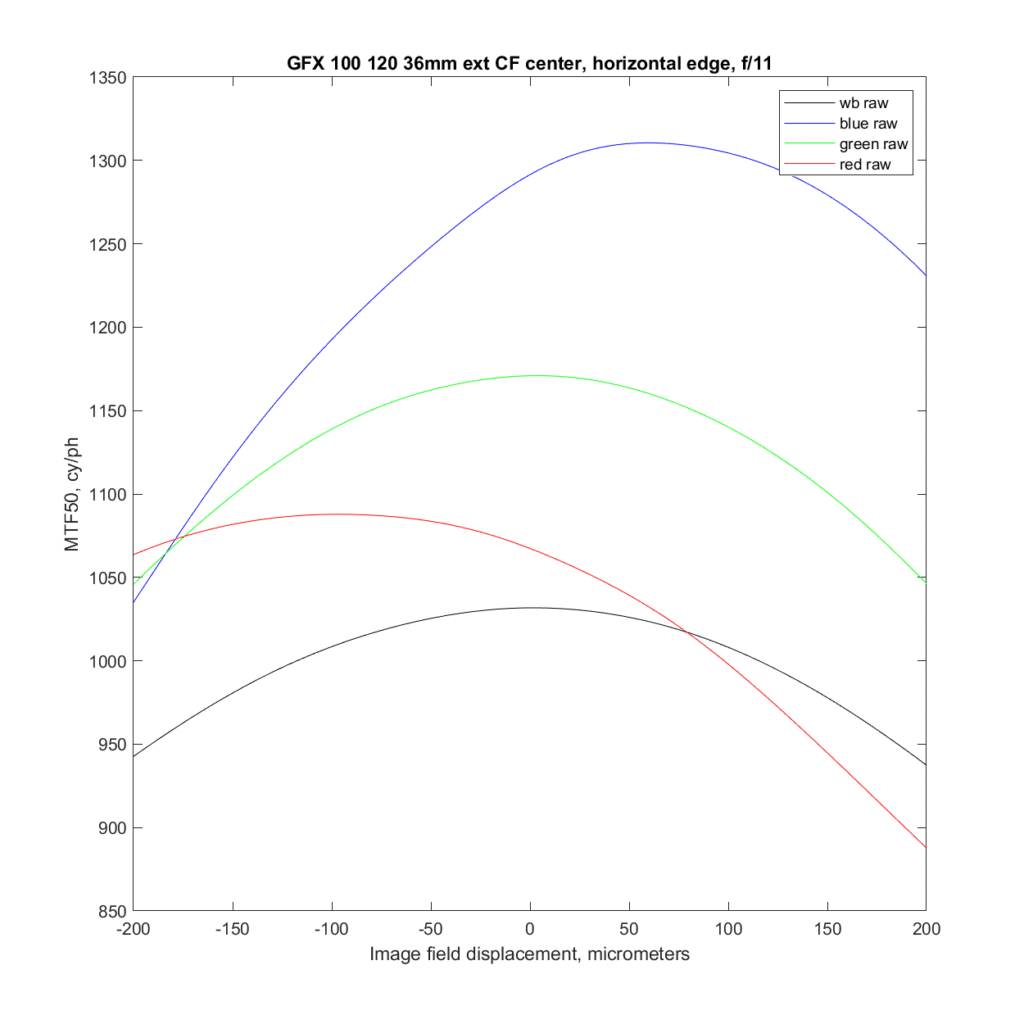 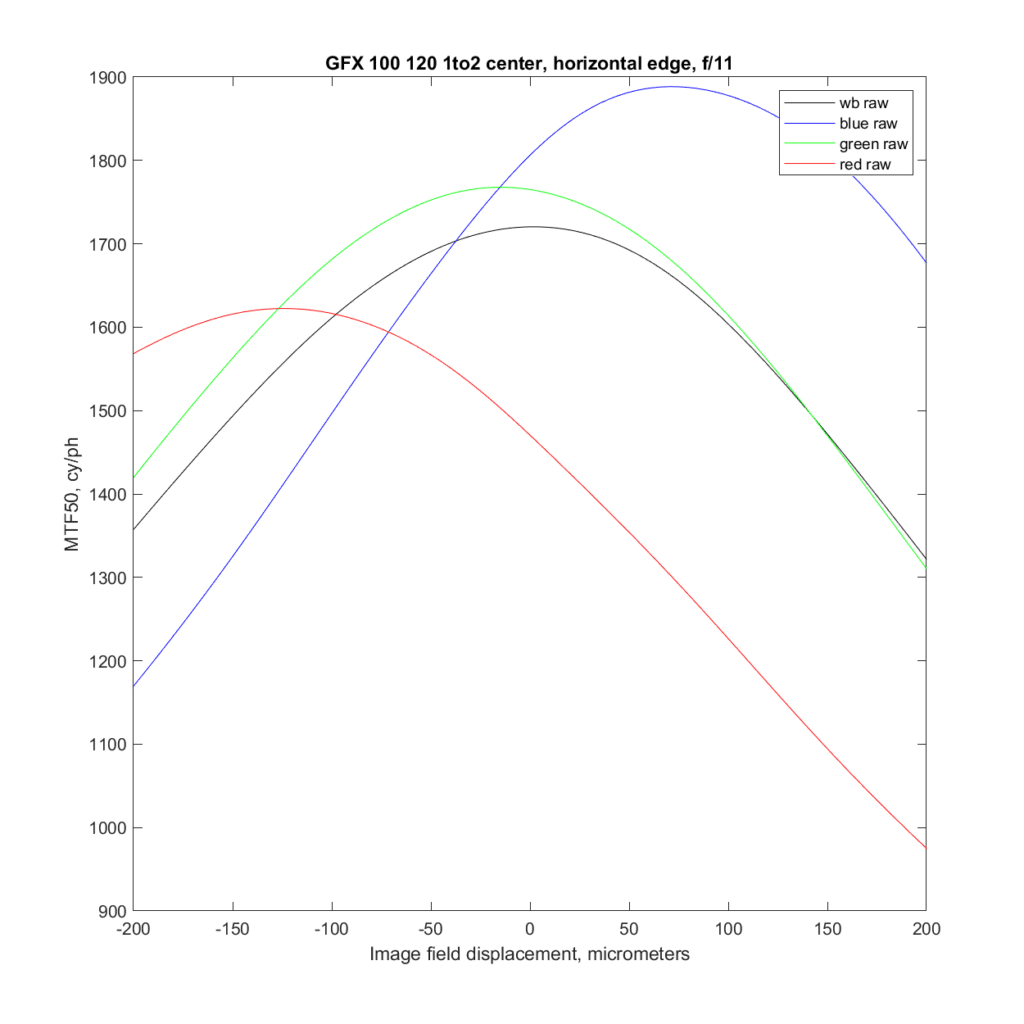 Now, at the far right edge, for a horizontal slanted edge. 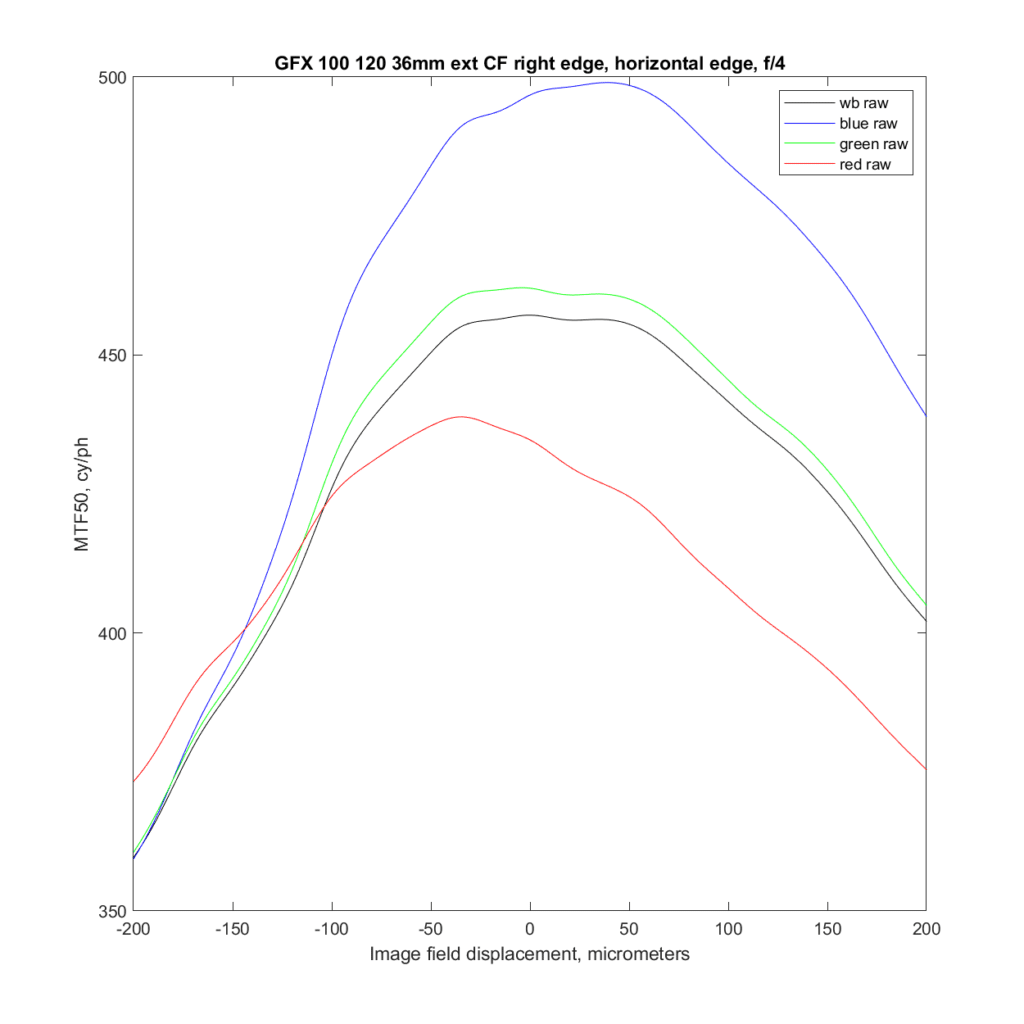 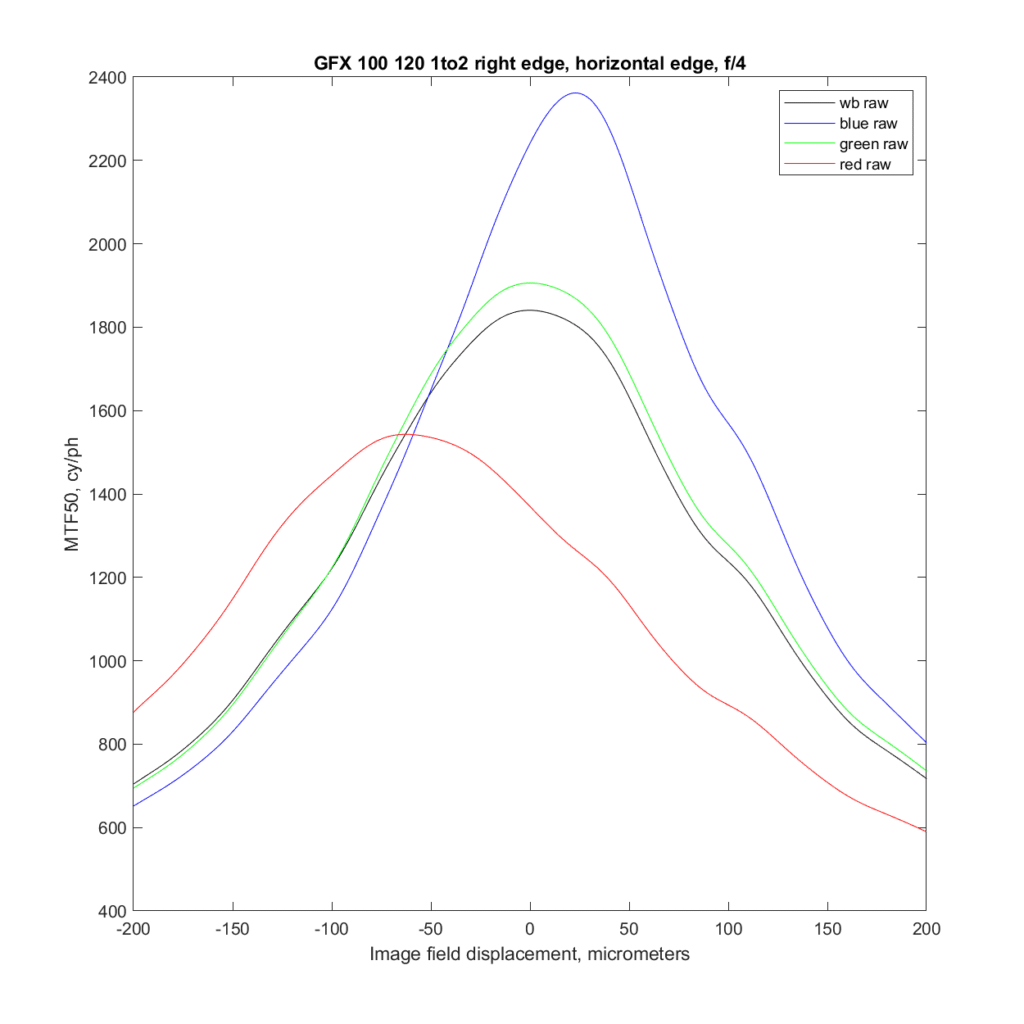 The results without the tubes are more than 4 times sharper. 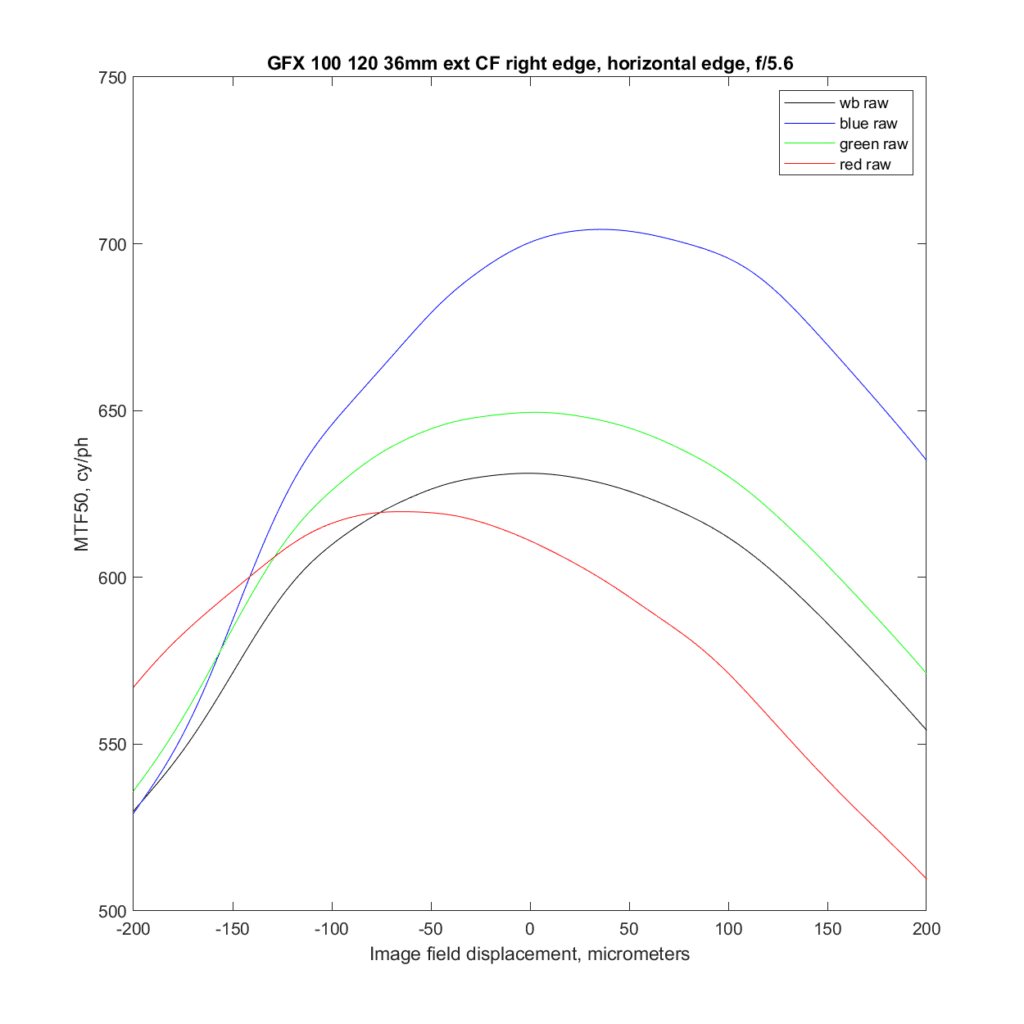 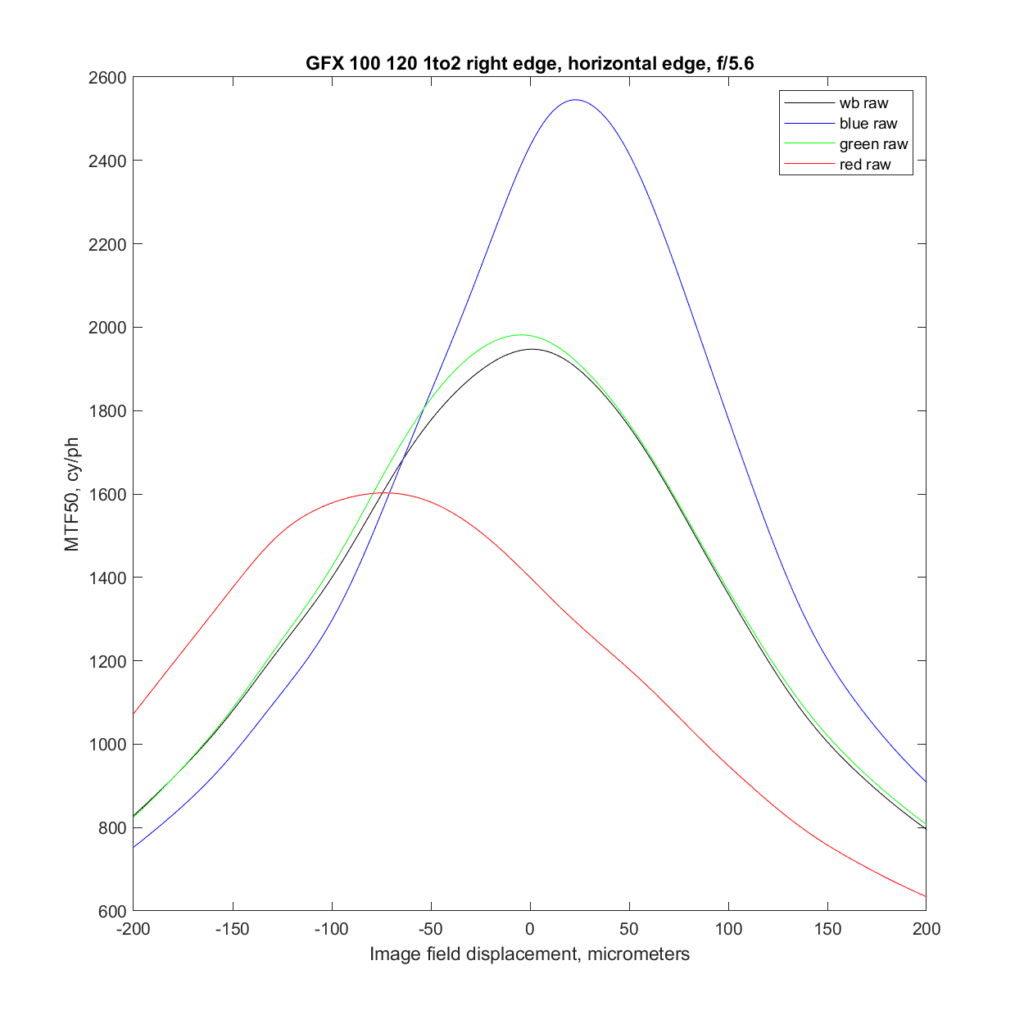 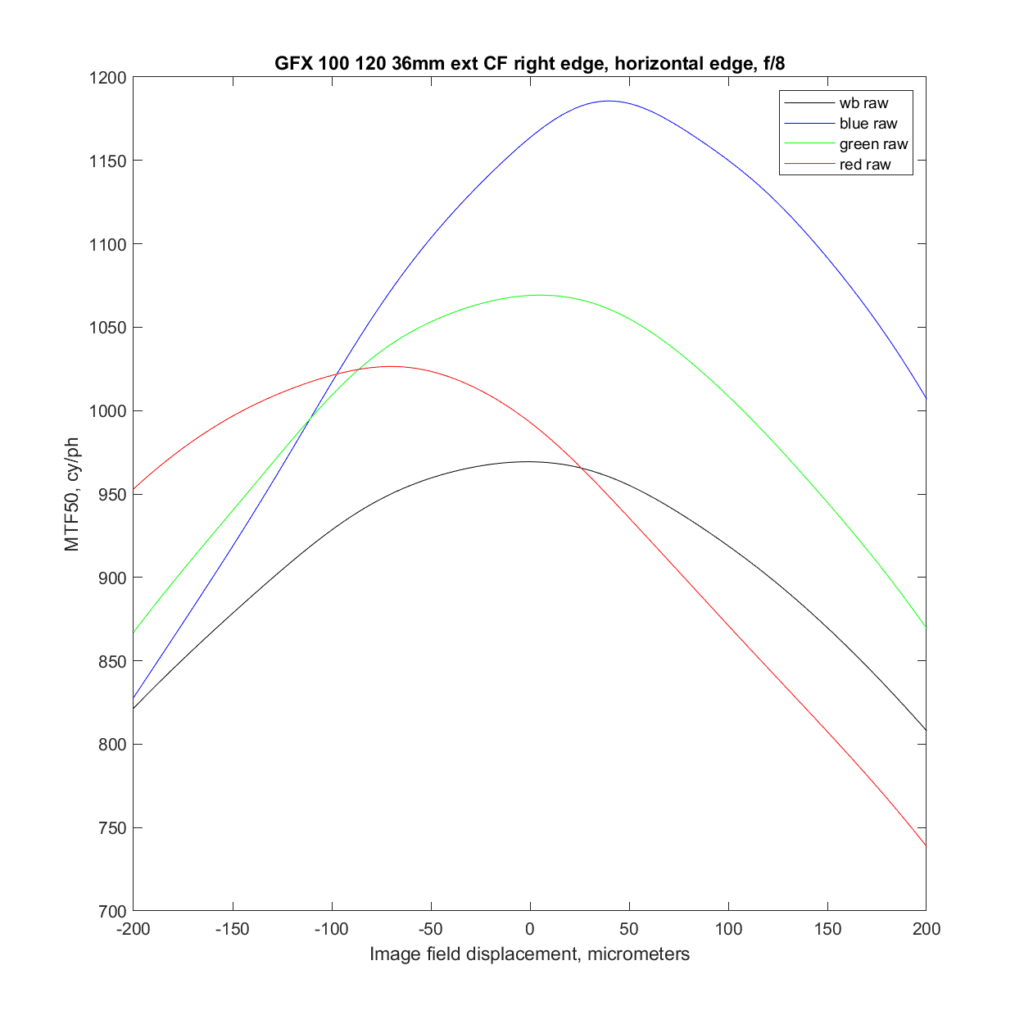 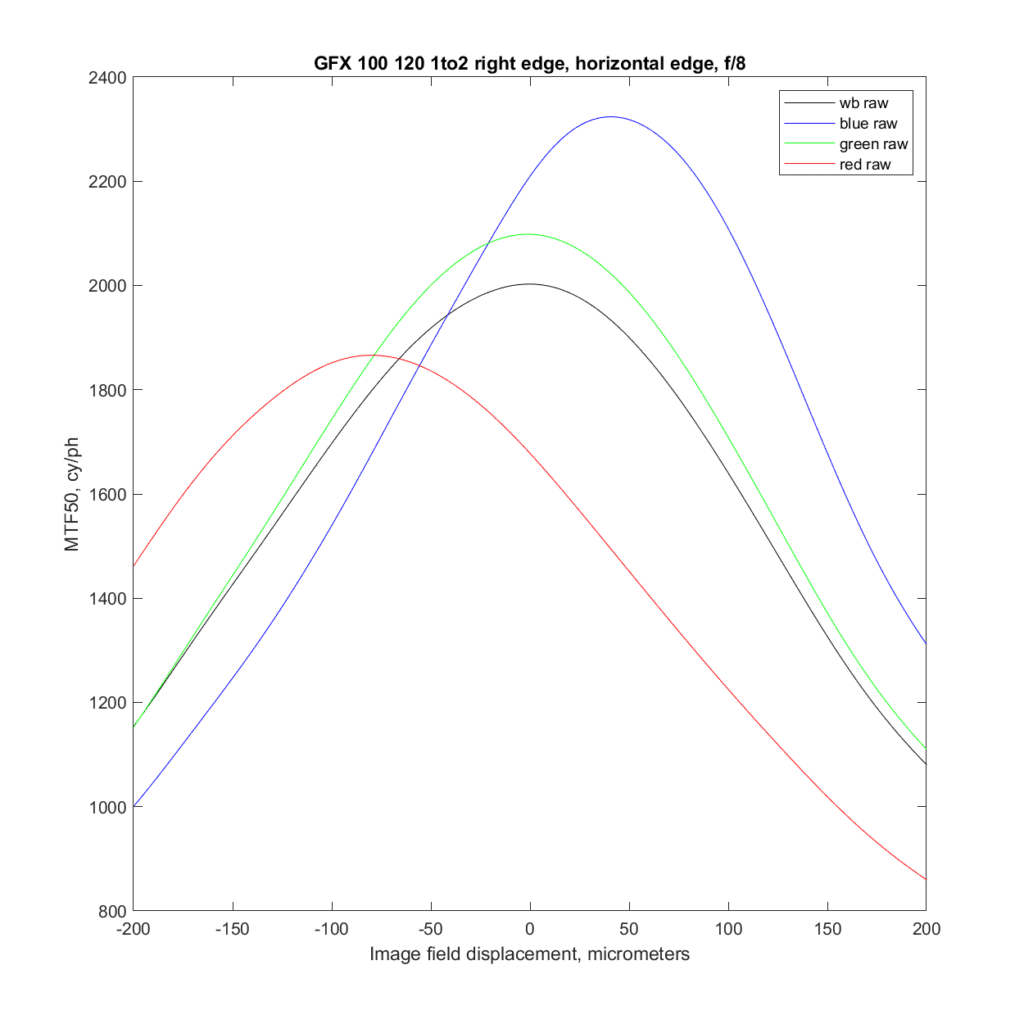 There is still  big difference. 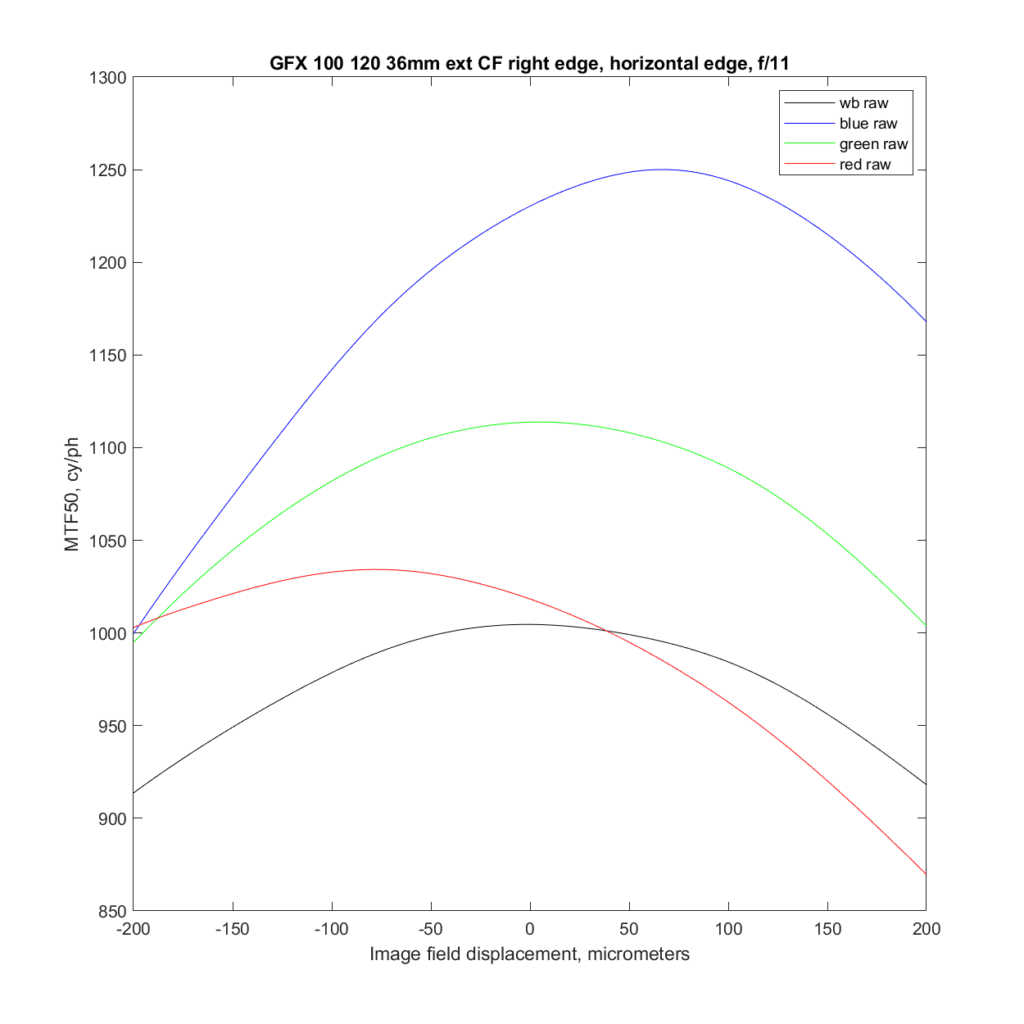 This test technique calibrates out field curvature. If its effect were included the edge results would look worse, assuming that one focused in the center.