You are here: Home / GFX 100 / Microcontrast and MTF50 for all Fuji GF primes

I’ve shown you some complete MTF curves recently, and I’ll show you more. But when you are comparing many lenses, that’s just too much data to present clearly or to wrap your head around. There are two ways to simplify the MTF curve.

You can pick a spatial frequency, and measure the contrast at that frequency. When the spatial frequencies are in the 0.2 to 0.4 cycles per pixel cy/px) region, the result is usually called microcontrast.

MTFxx is a good way to get a handle on the sharpness and detail possible in an entire photograph. Microcontrast is a good way to understand how a camera/lens system deals with detail that is nearly as fine as it can correctly record.

I’ve crunched the data that I’ve captured for all the Fujifilm GF prime lenses on a GFX 100S both ways. 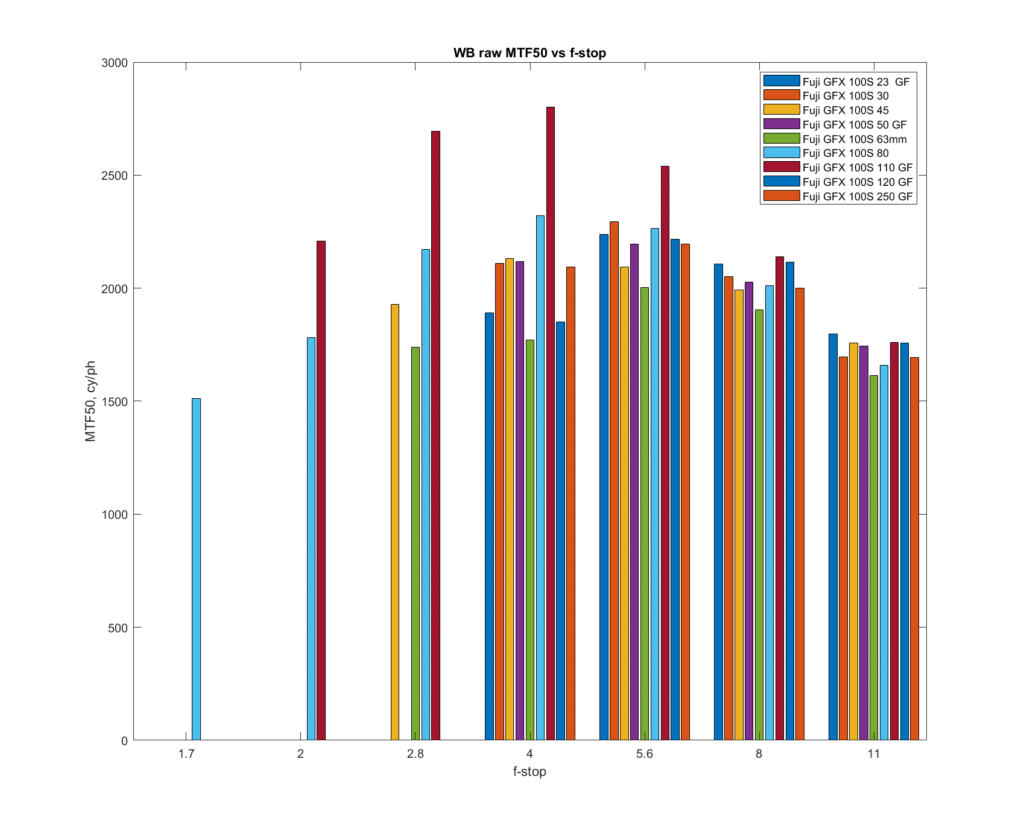 Microcontrast at 0.25 cycles per pixel, which I prefer: 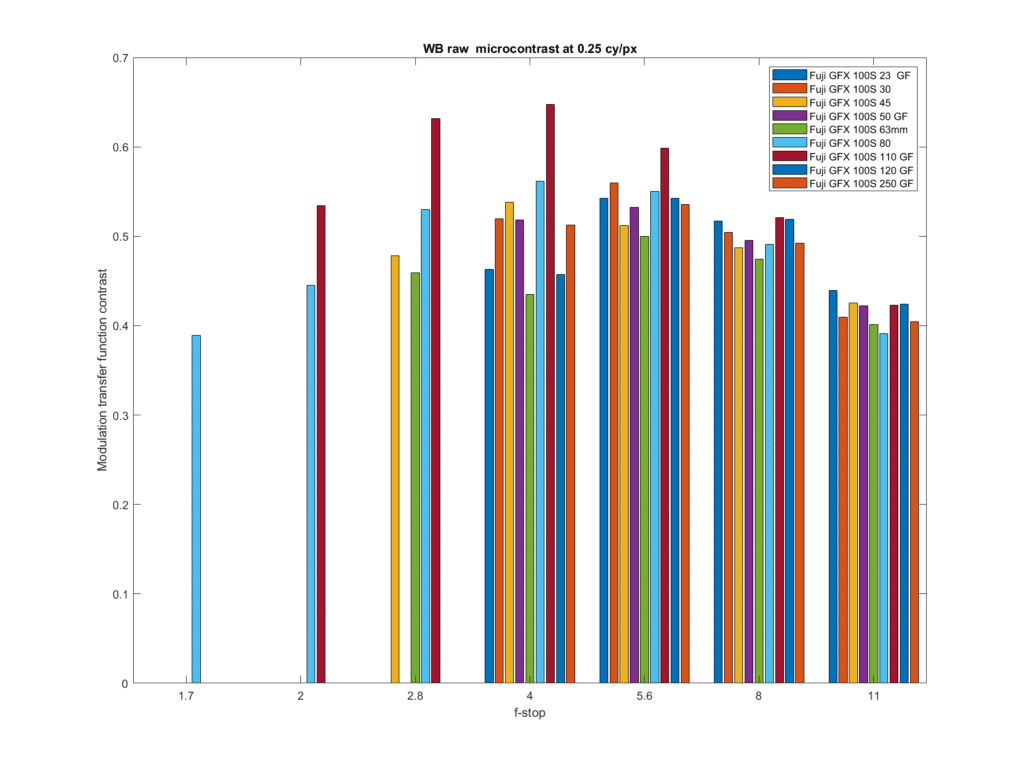 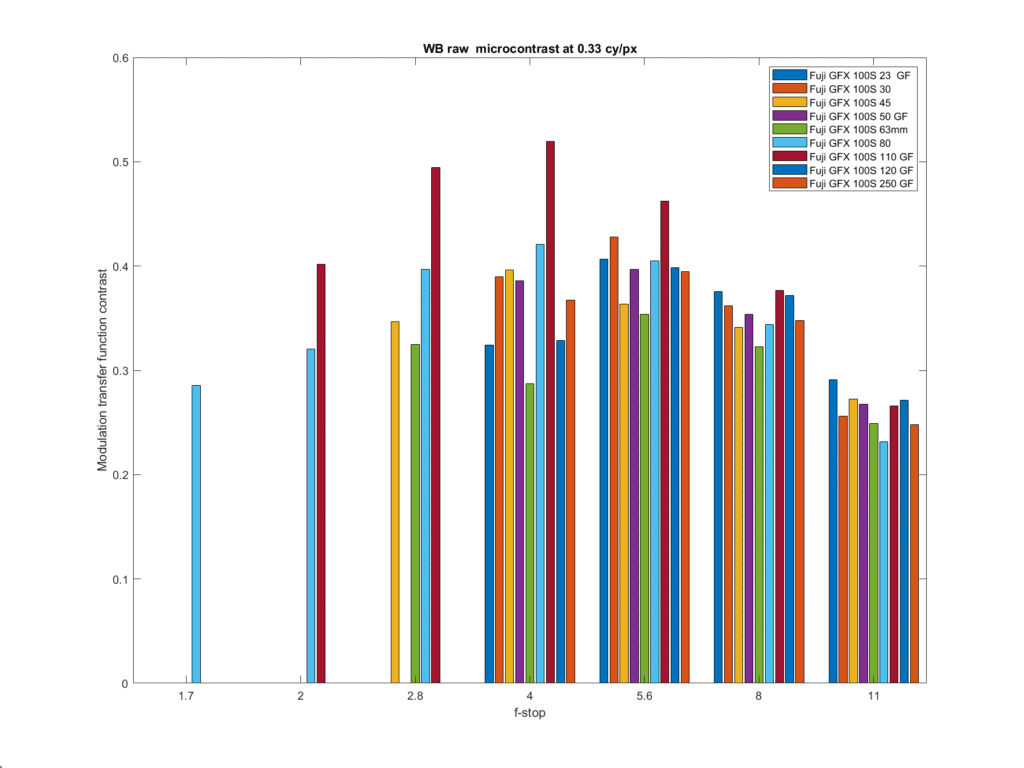 Note how good the 80 looks if we only consider the green raw channel: 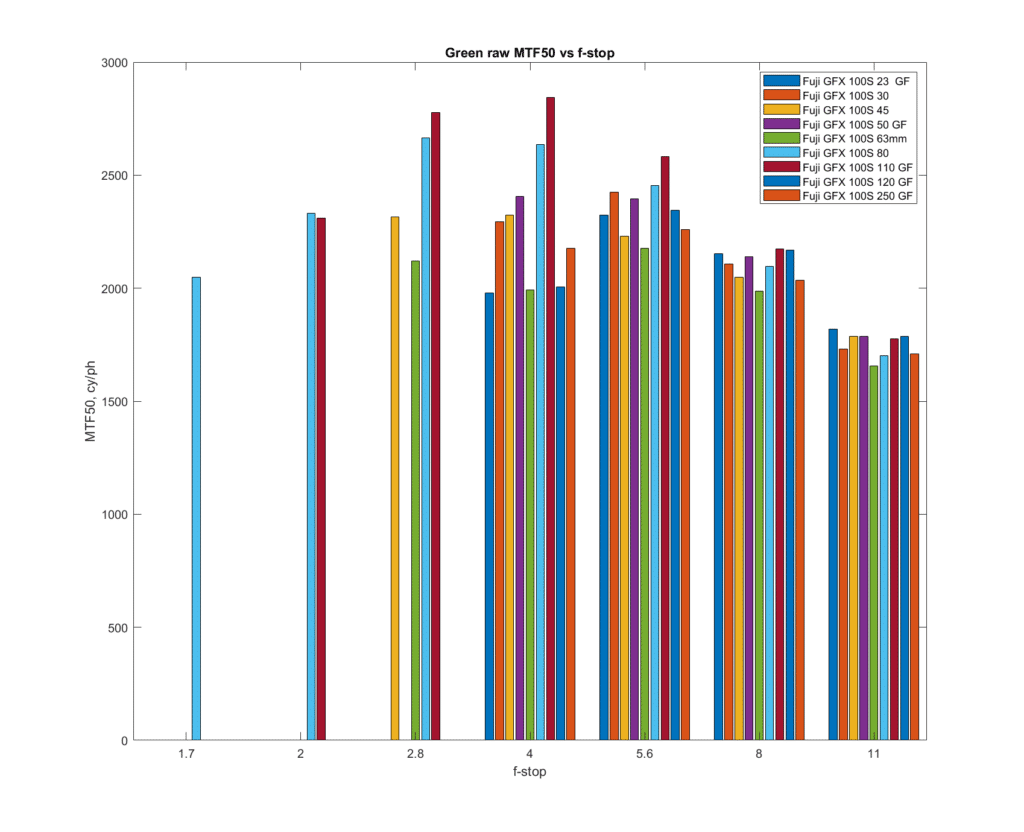