You are here: Home / The Last Word / Optimizing f-stops and focus distance for landscapes

Here’s a situation in which many landscape photographers often find themselves:

I wrote a program to assist in the aperture and focus distance decisions. It takes the code that produced the graphs in the previous post, plus two additional set of information:

The program spits out the optimum f-stop and focus distance, and plots the sharpness of those settings as a function of distance. As before, diffraction and DOF are considered, but not lens aberrations. 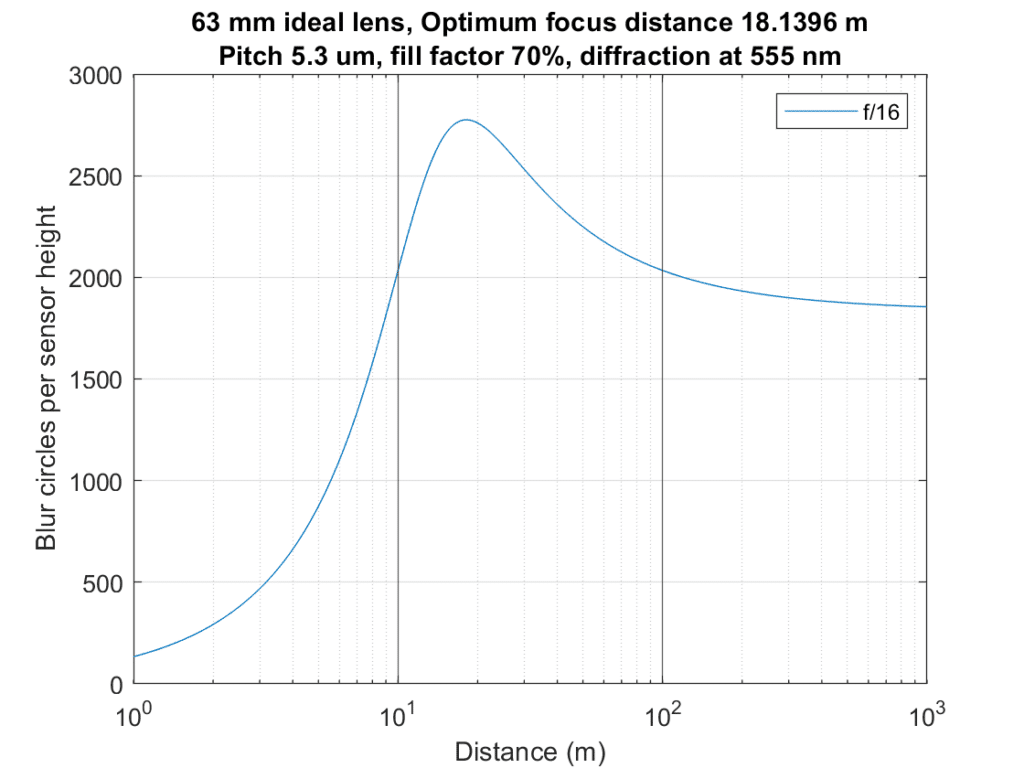 The two vertical lines mark the distances of the important parts of the image. F/16 is the optimum f-stop. That is deep into diffraction blur territory, and the resultant sharpness at 10 and 100 meters isn’t great, but anything wider — and anything narrower — would be worse.

This graph puts the lie to a couple of hoary rules of thumb:

Once you decide to shoot at f/16, you could compute the distance to focus using conventional DOF calculators, but you wouldn’t have a sharpness metric that took diffraction into account.

Now let’s add a third distance, leaving the weights all the same: 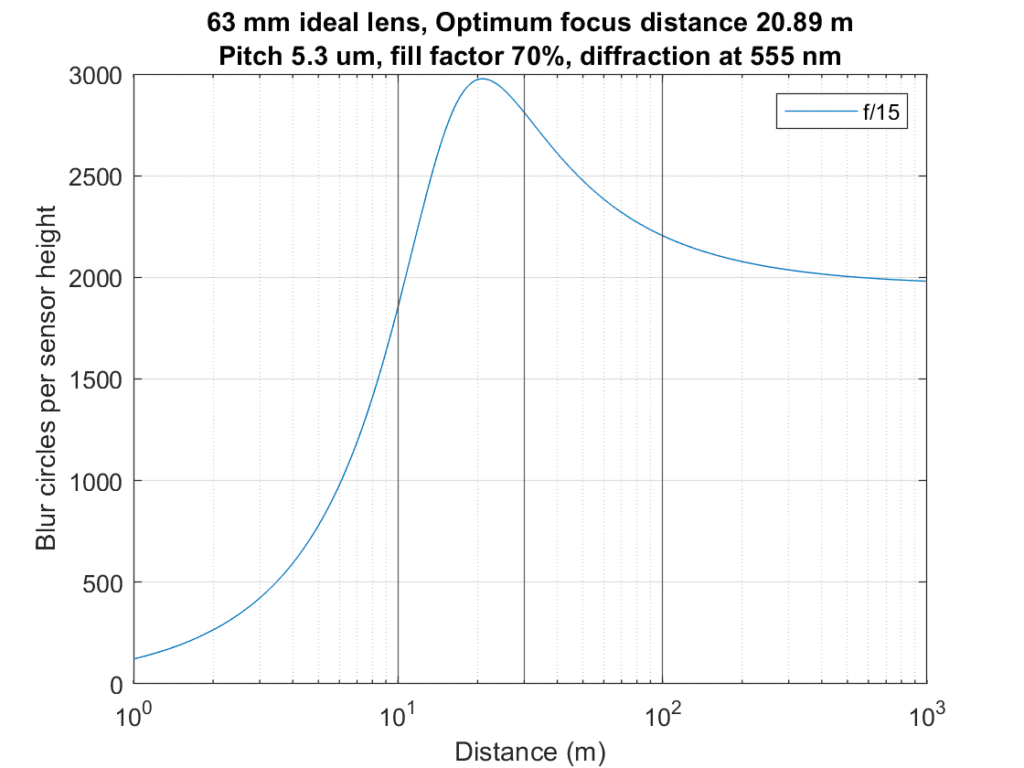 That moves the optimum focal point a bit further away, and says we can open up the lens fractionally. The differences are immaterial to real-world photography.

If we double the weight of the closest part of the subject: 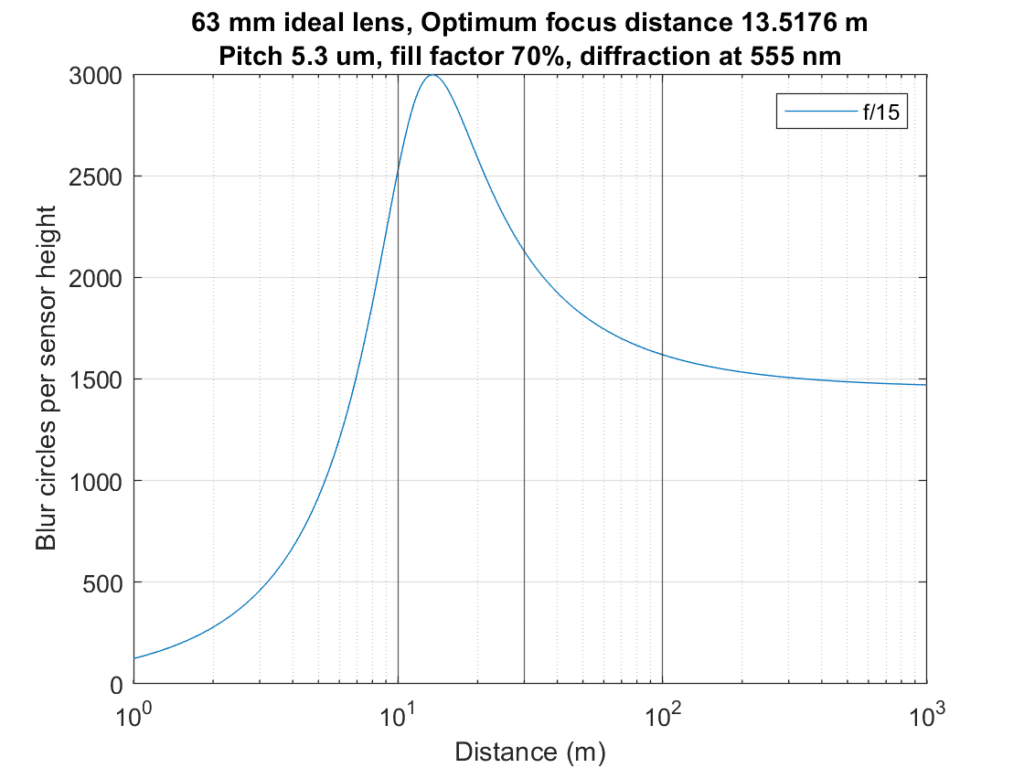 About what you’d expect.

Next up: taking the optimizer out into the world.