Here are the MTF50 results, in cycles per picture height, with the 110/2 thrown in for comparison: 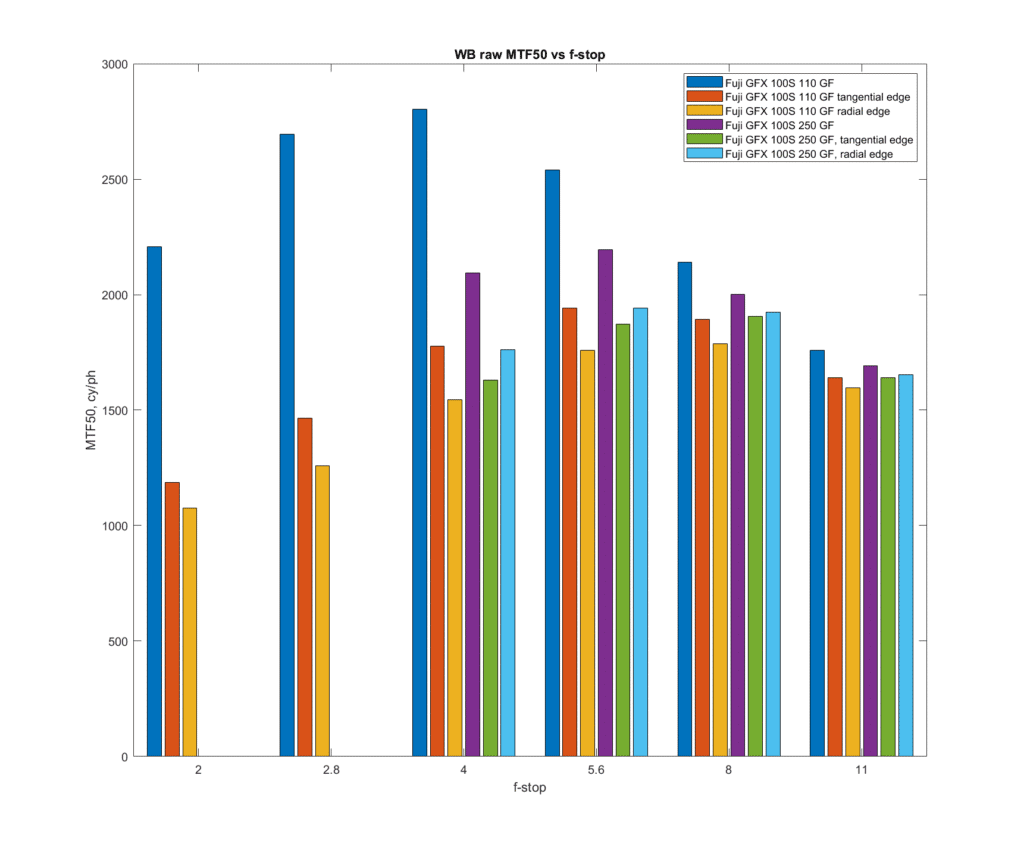 I measured the MTF50 on each of the raw channels, and am reporting on the MTF50 on a white-balanced composite of those channels, which is mostly the green channel. The 250 doesn’t do as well as the 110 in the center, but it does a bit better at the edge of the frame. 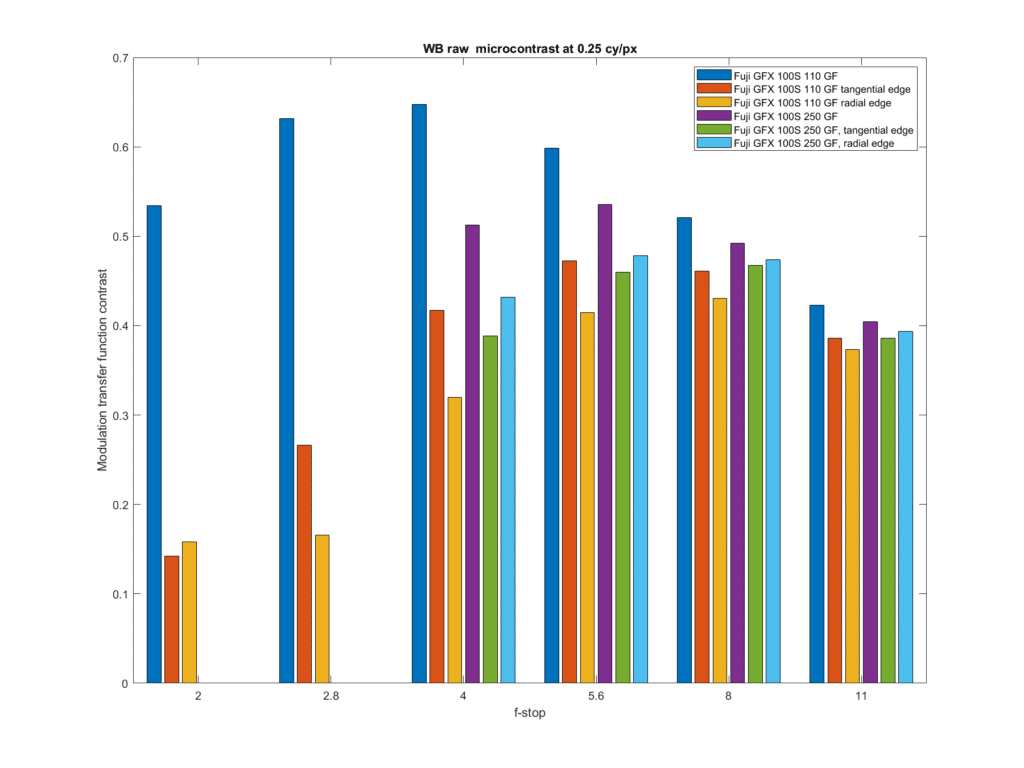 That looks similar to the MTF plot. 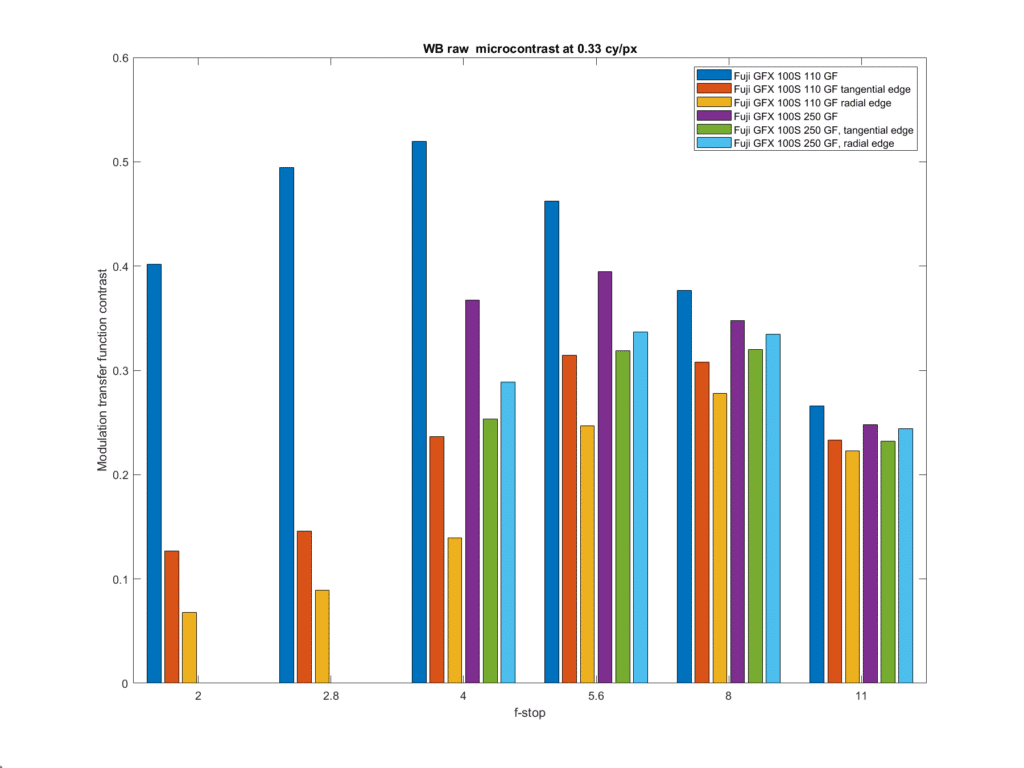 Next is longitudinal chromatic aberration (LoCA) by the numbers. 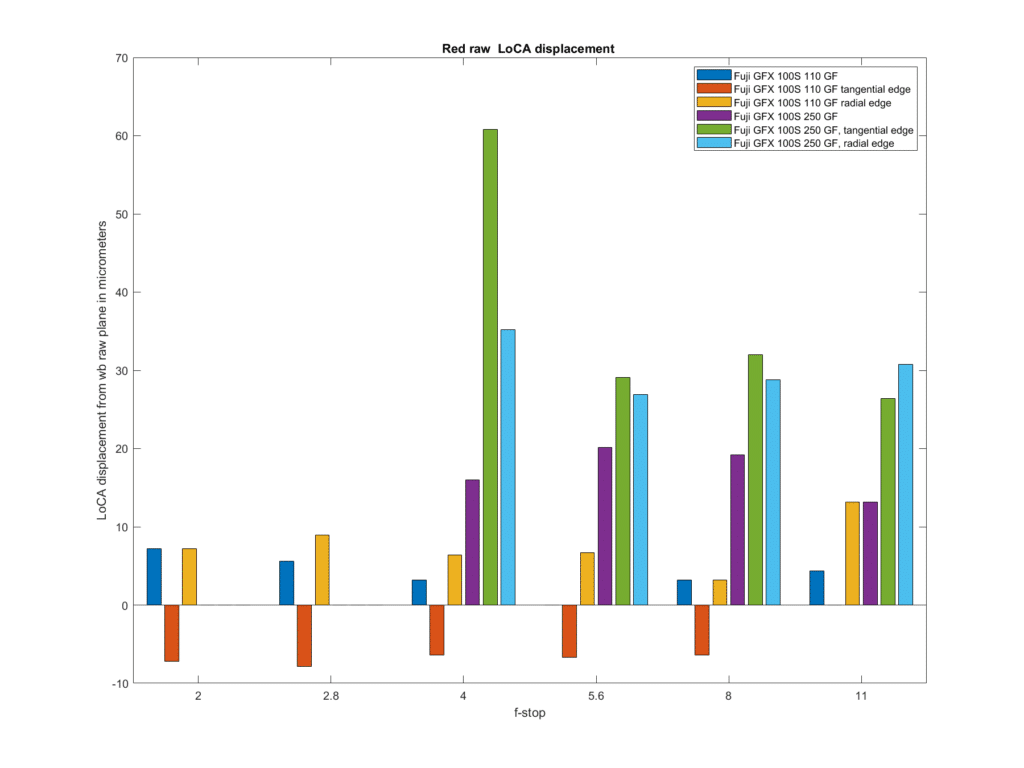 This plots the shift of the red raw image plane (on the sensor side of the lens) compared to the white-balanced raw plane. The 100 has very low LoCA. The 250 has quite a bit more. 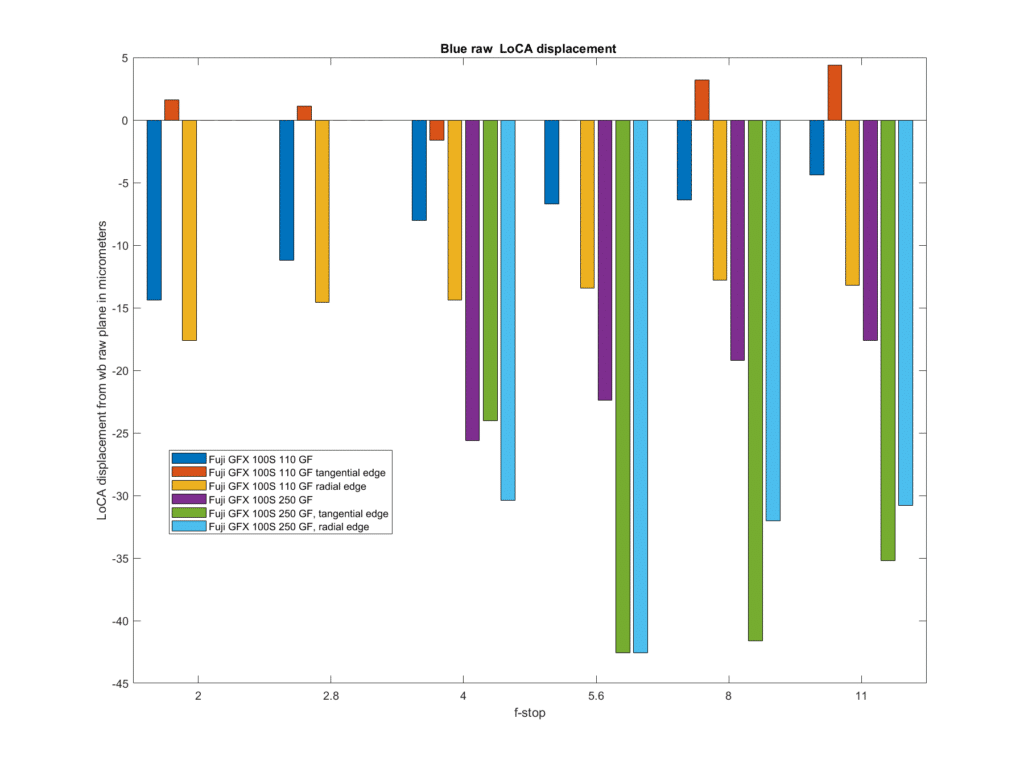 The above is the blue raw plane differences with respect to the white-balanced raw plane.

These show a similarity that we haven’t seen so far in this off-axis testing with the lens wide open. The LoCA is apparent.

If there were significant astigmatism, we’d see the focal plane shifting between the tangential and radial images; we don’t see that.

Testing note: It takes a lot of care to get this level of performance out of the 250/4. I even had to turn off the sound effects for the electronic shutter.