I analyzed a horizontal edge in the center of the frame, and both a horizontal and a vertical edge on the far right side of the frame. The horizontal edge is oriented in a radial direction, and that’s how I’m identifying it in the plots. The horizontal edge is oriented in a tangential direction, and that’s the way I’m tagging it. Because I was suspicious of some of the numbers that I’d gotten for the 63 in the past, I also redid the tests with the target on the lens axis.  I looked at both horizontal and vertical edges. The edges are identified on the graphs as, respectively,  radial and tangential edges. Those terms don’t make sensor on axis. The numbers ought to be the same. 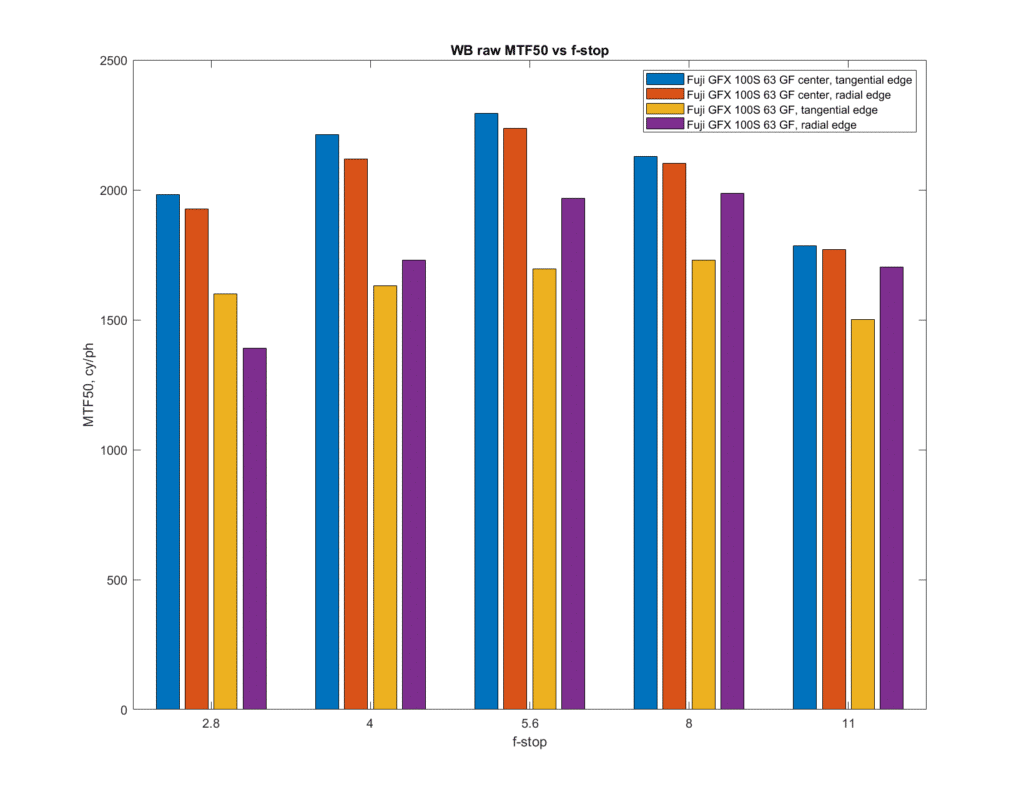 I measured the MTF50 on each of the raw channels, and am reporting on the MTF50 on a white-balanced composite of those channels, which is mostly the green channel. I got much better performance from the 63 on-axis at f/2.8 and f/4 than I did before. 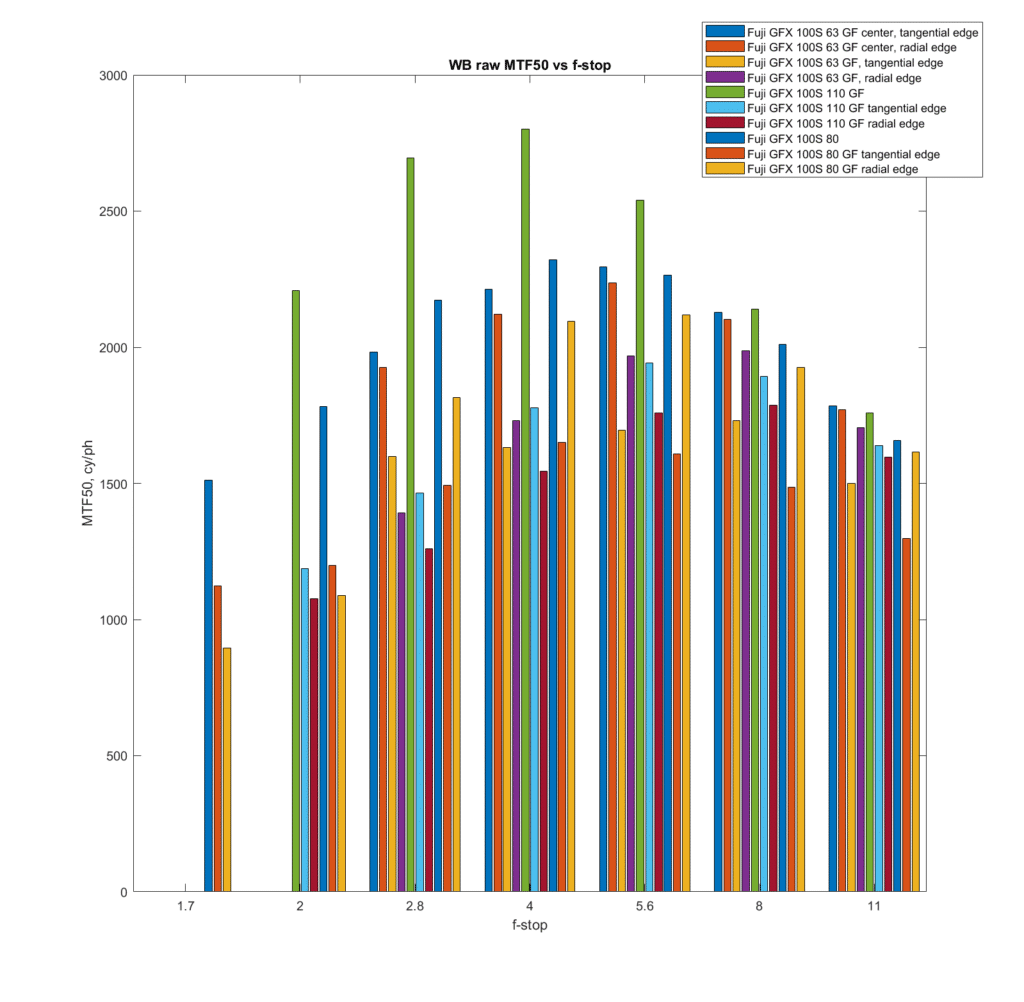 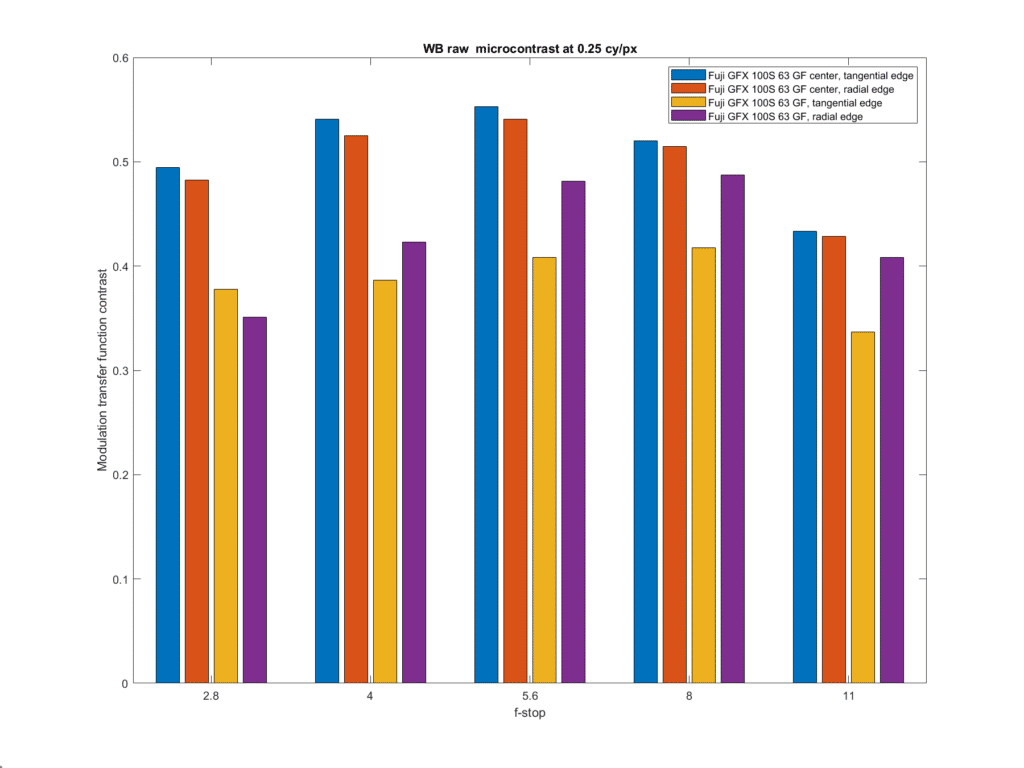 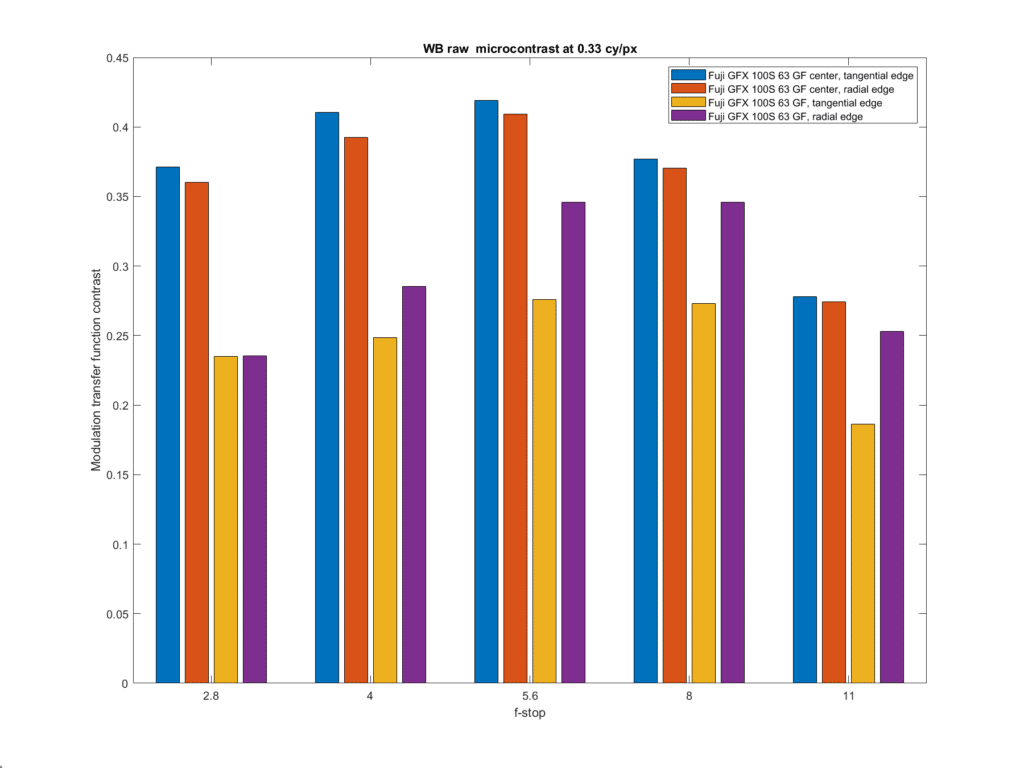 Next is longitudinal chromatic aberration (LoCA) by the numbers; I’ll include the 80 and 110 for comparison. 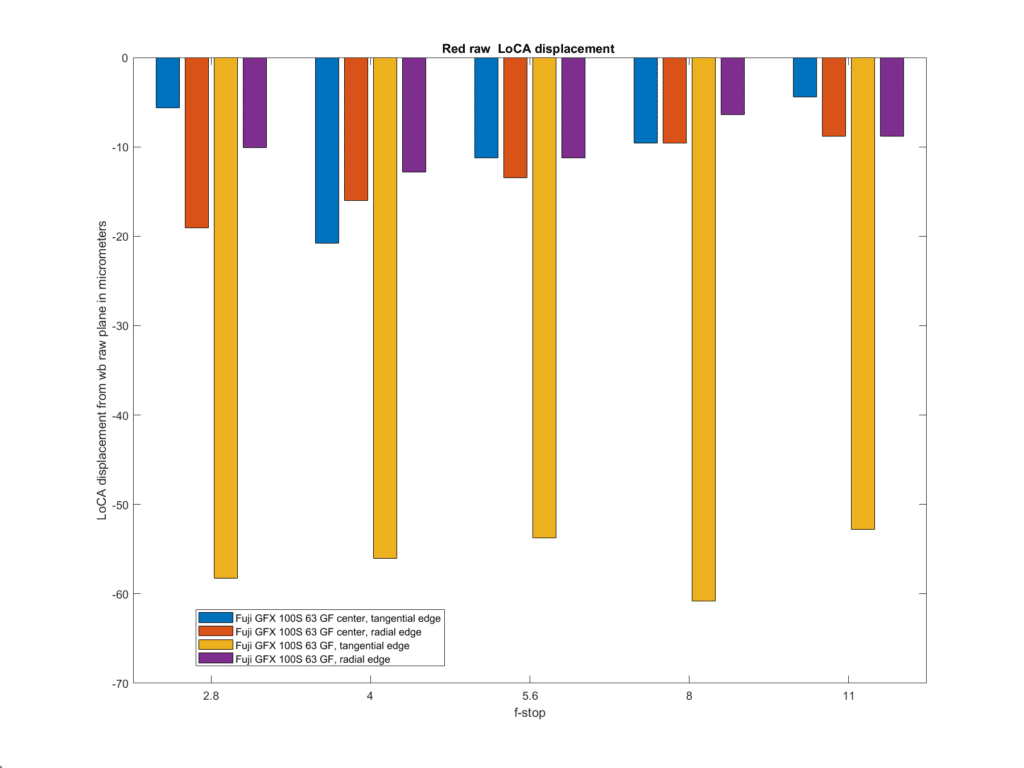 This plots the shift of the red raw image plane (on the sensor side of the lens) compared to the white-balanced raw plane. LoCA is pretty low except for the tangential edge on the side of the image. 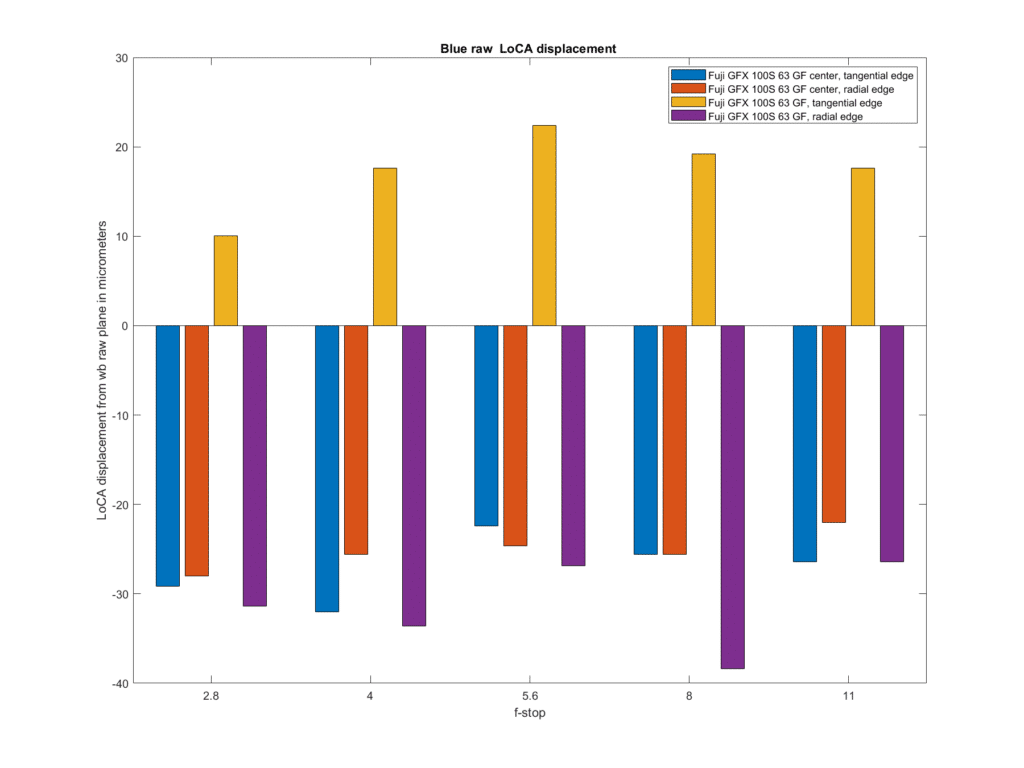 The tangential edge at the side of the image is also an outlier for blue LoCA.