Here are the MTF50 results for the 45 and the 50, in cycles per picture height: 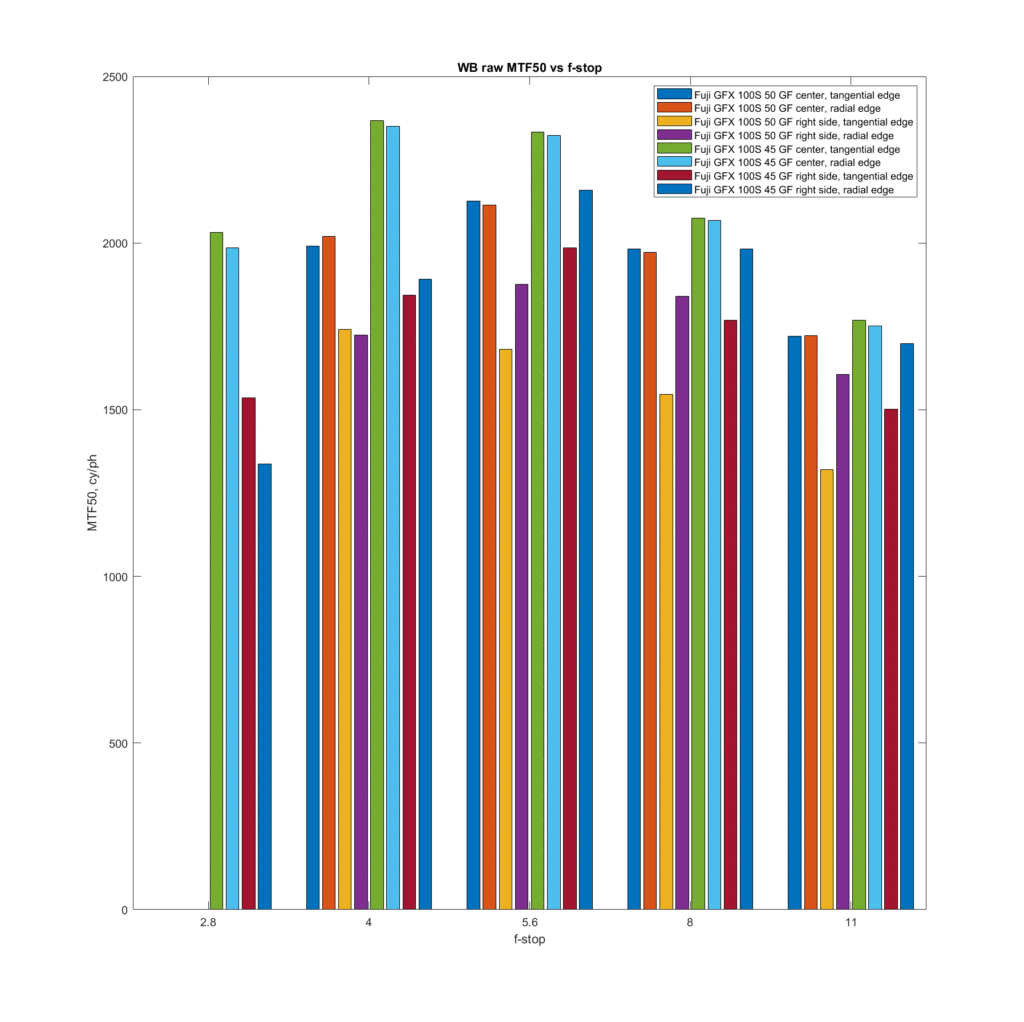 I measured the MTF50 on each of the raw channels, and am reporting on the MTF50 on a white-balanced composite of those channels, which is mostly the green channel. The 50 doesn’t get a lot on internet respect, but it’s not far off the 45 here.

Here is the microcontrast at 0.33 cycles per pixel. 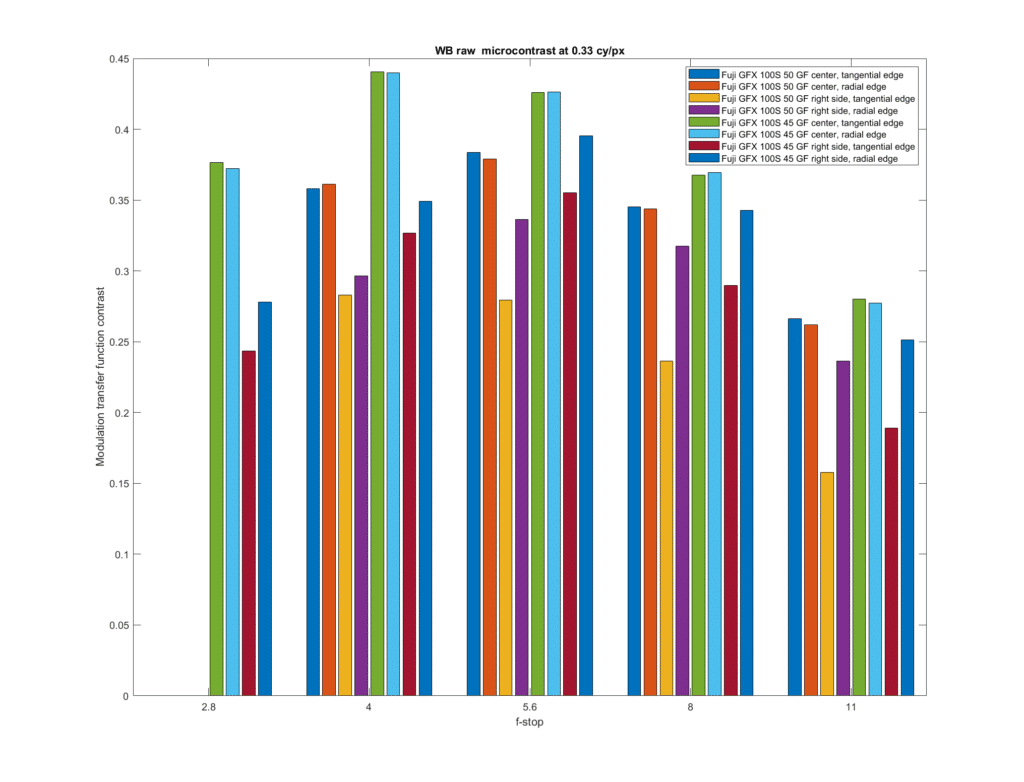 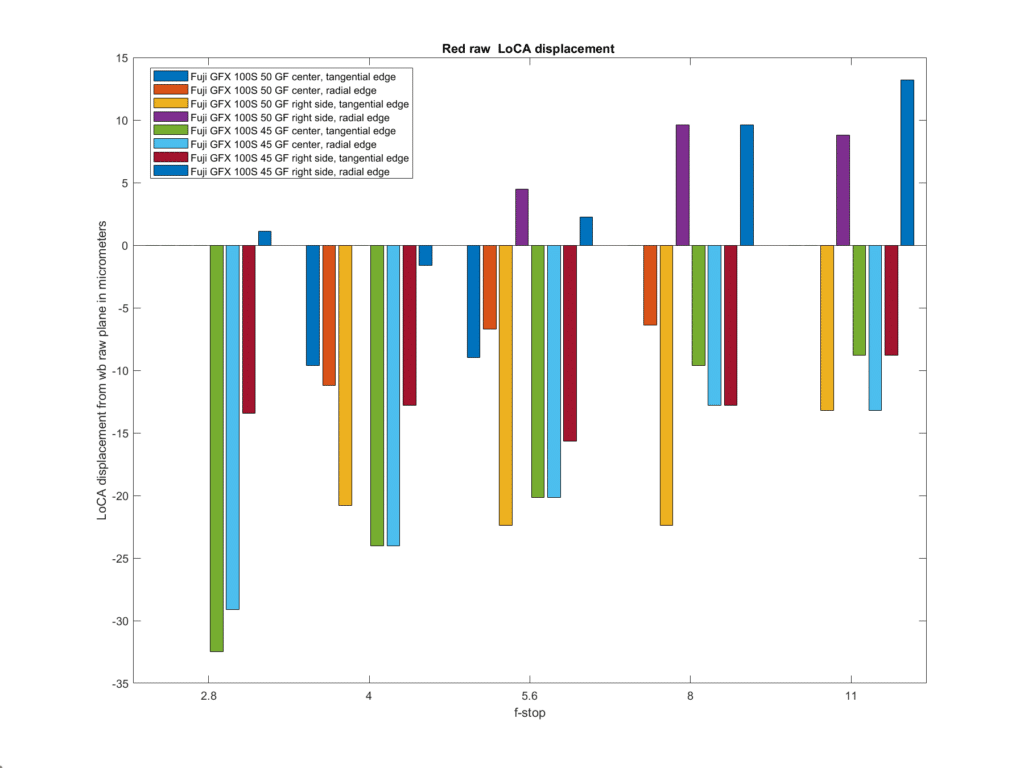 The above plots the shift of the red raw image plane (on the sensor side of the lens) compared to the white-balanced raw plane. If anything, the 50 has less LoCA than the 45. 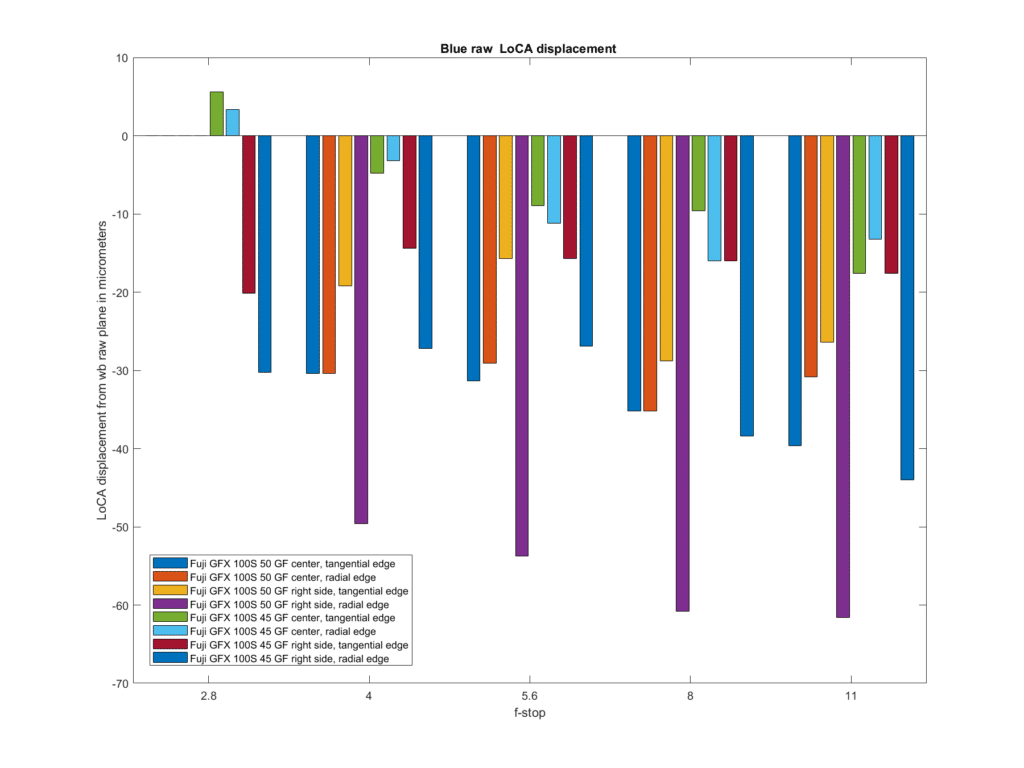 The blue LoCA for the 50 is greater.