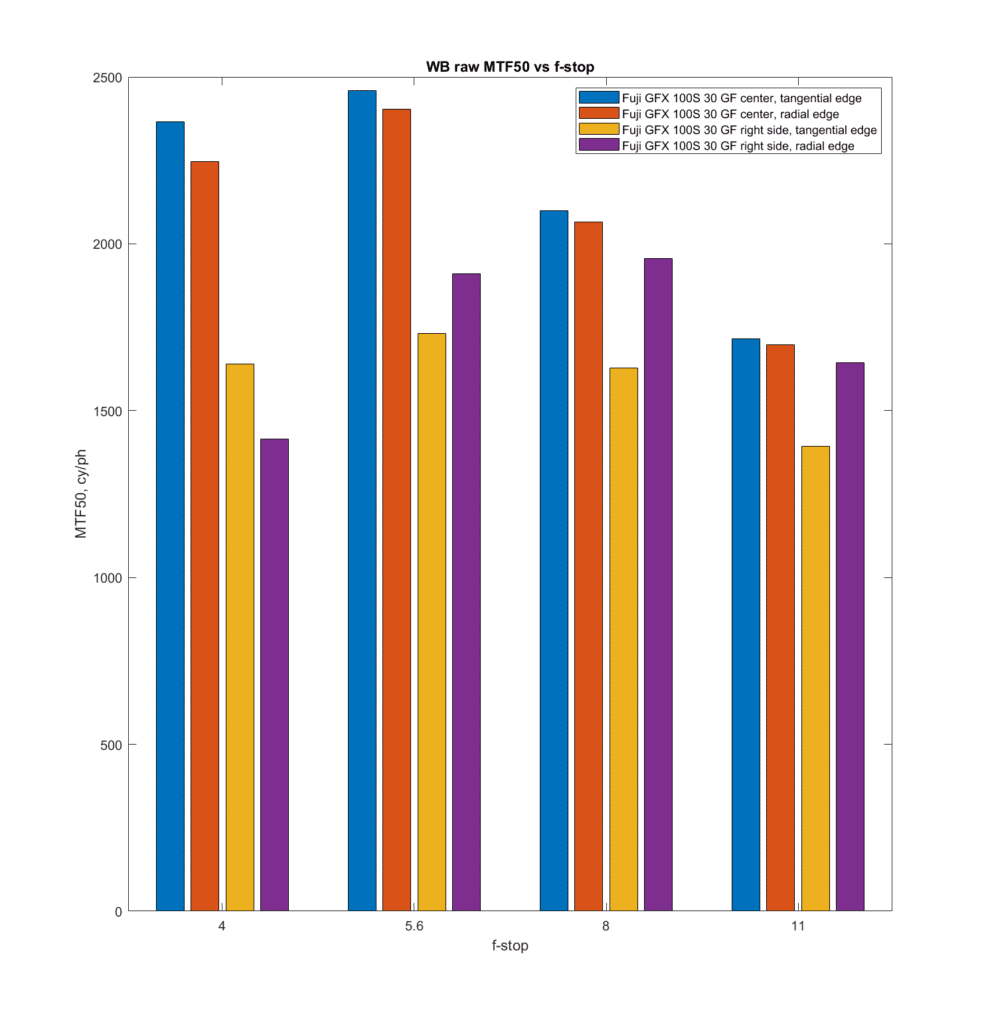 I measured the MTF50 on each of the raw channels, and am reporting on the MTF50 on a white-balanced composite of those channels, which is mostly the green channel. The 50 doesn’t get a lot on internet respect, but it’s not far off the 45 here. 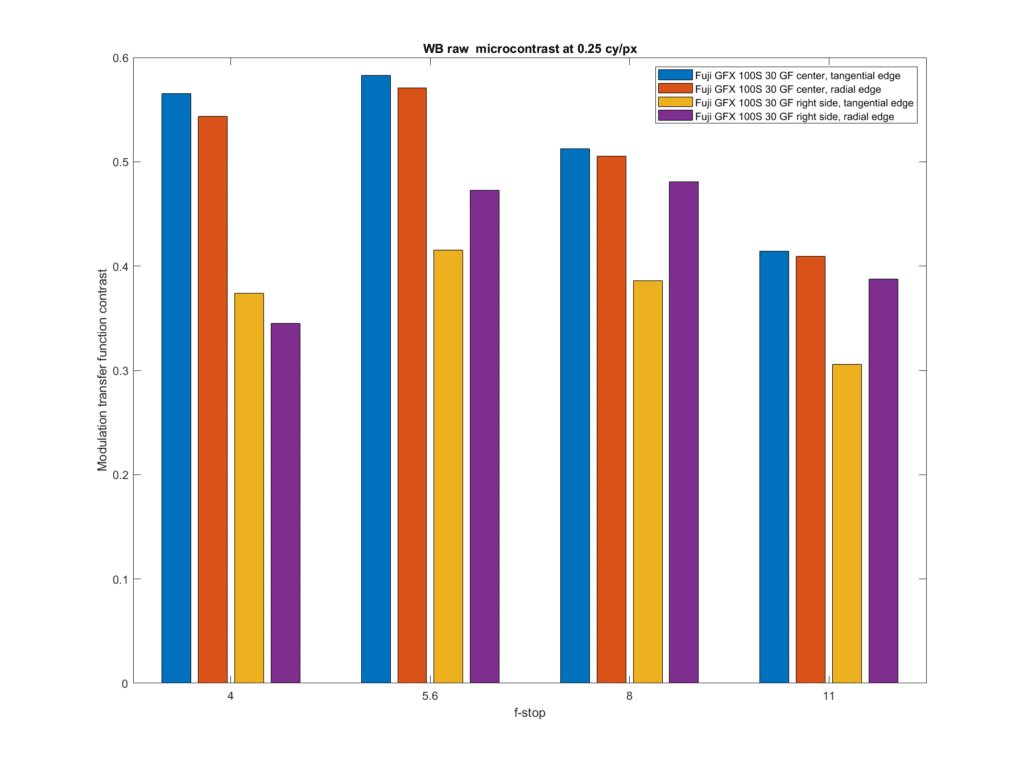 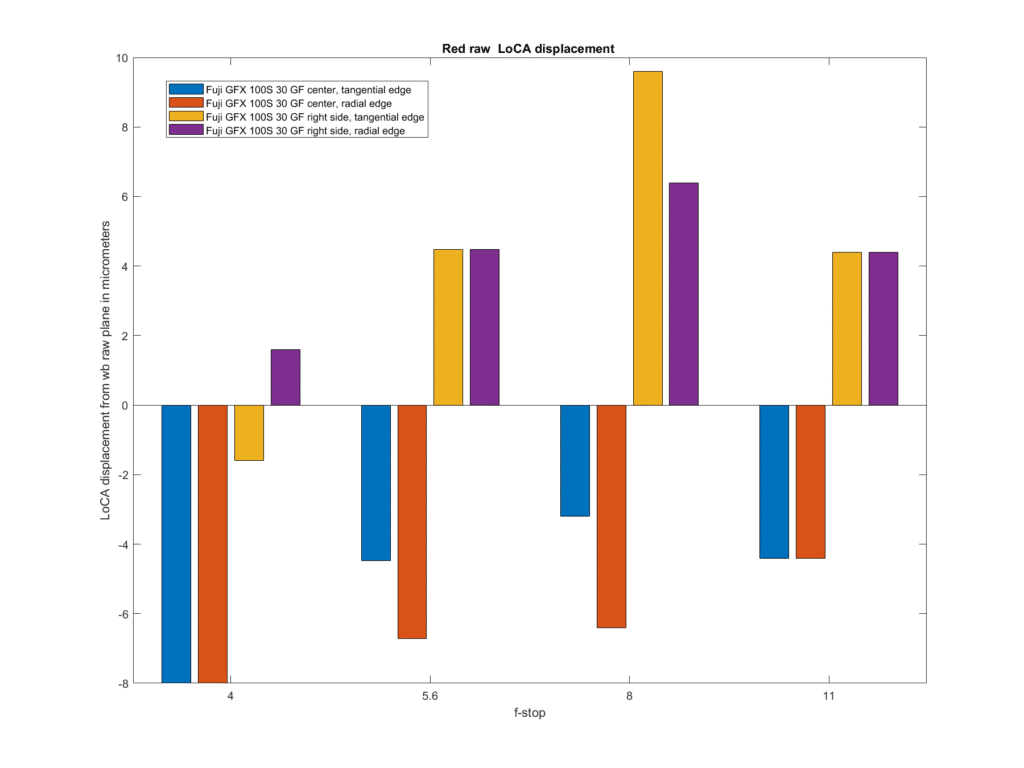 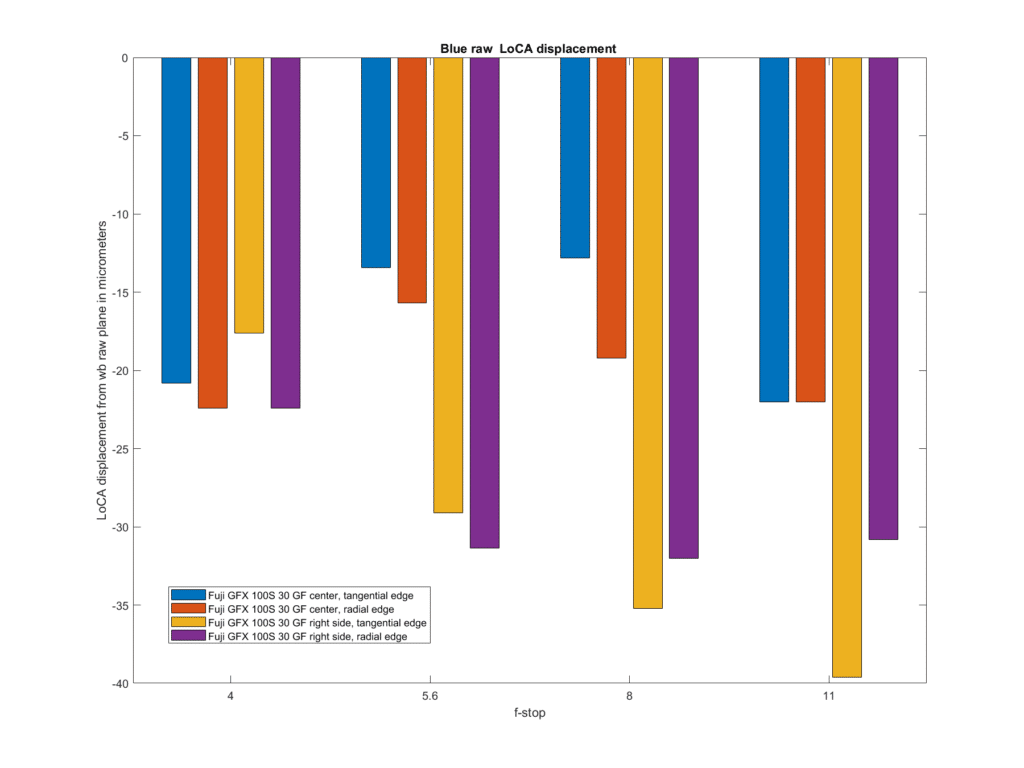