In the previous post, I tested the off axis performance of the Fujifilm 110 mm f/2 GF lens on a GFX 100S. Now I’ll do the same with the 80 mm f/1.7 lens. I’ll keep the data from the 110 on the combined charts so you can see how the two lenses compare. 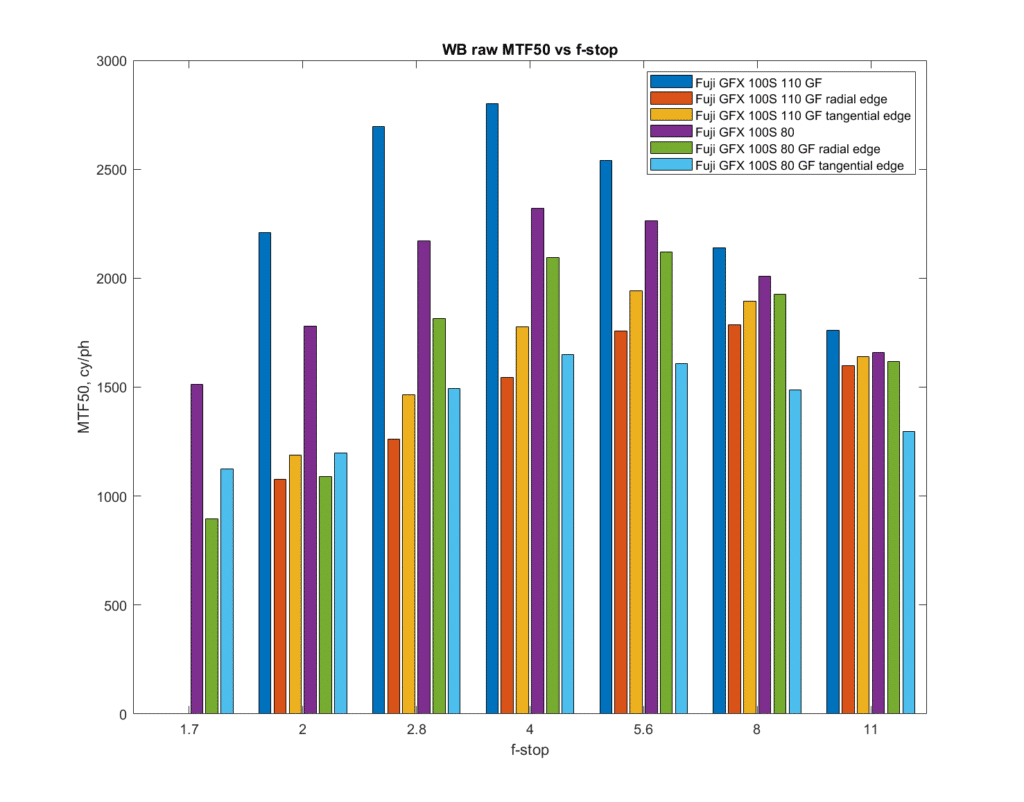 I measured the MTF50 on each of the raw channels, and am reporting on the MTF50 on a white-balanced composite of those channels, which is mostly the green channel. Wide open, the 110 GF is about half as sharp on the edge as it is in the center. The best compromise f-stop for the 80 seems to be f/5.6 or f/8. 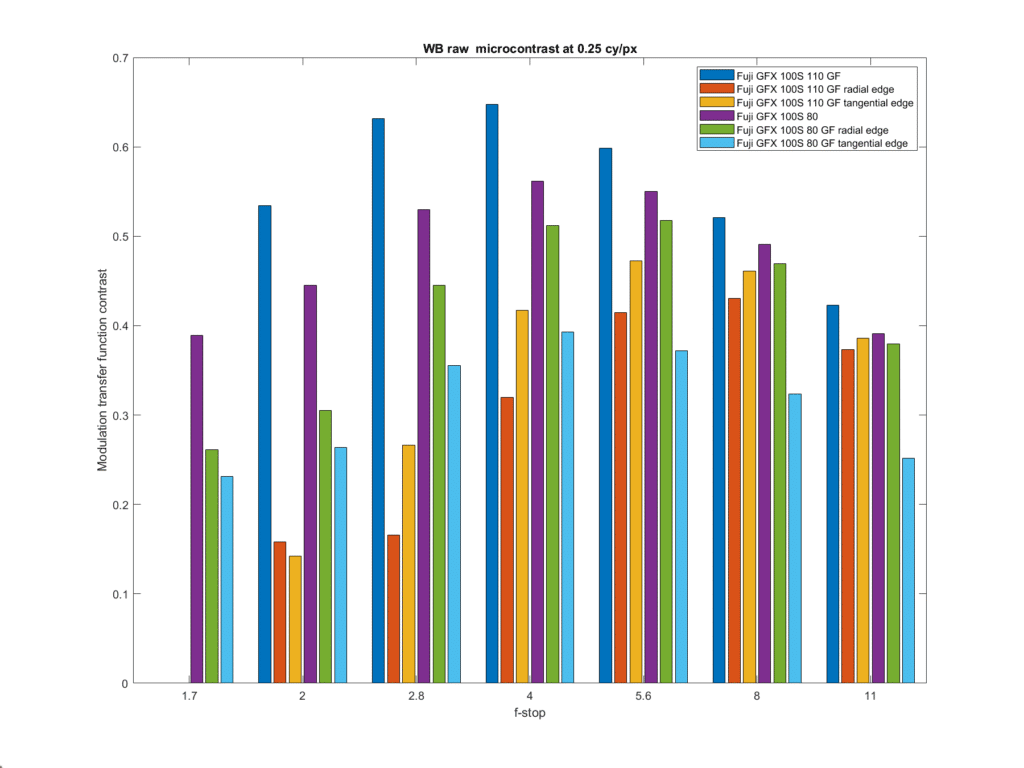 The 80 actually has better off-axis microcontrast than the 110at f/2 through f/4.

Some people use 0.33 cycles per pixel for microcontrast. 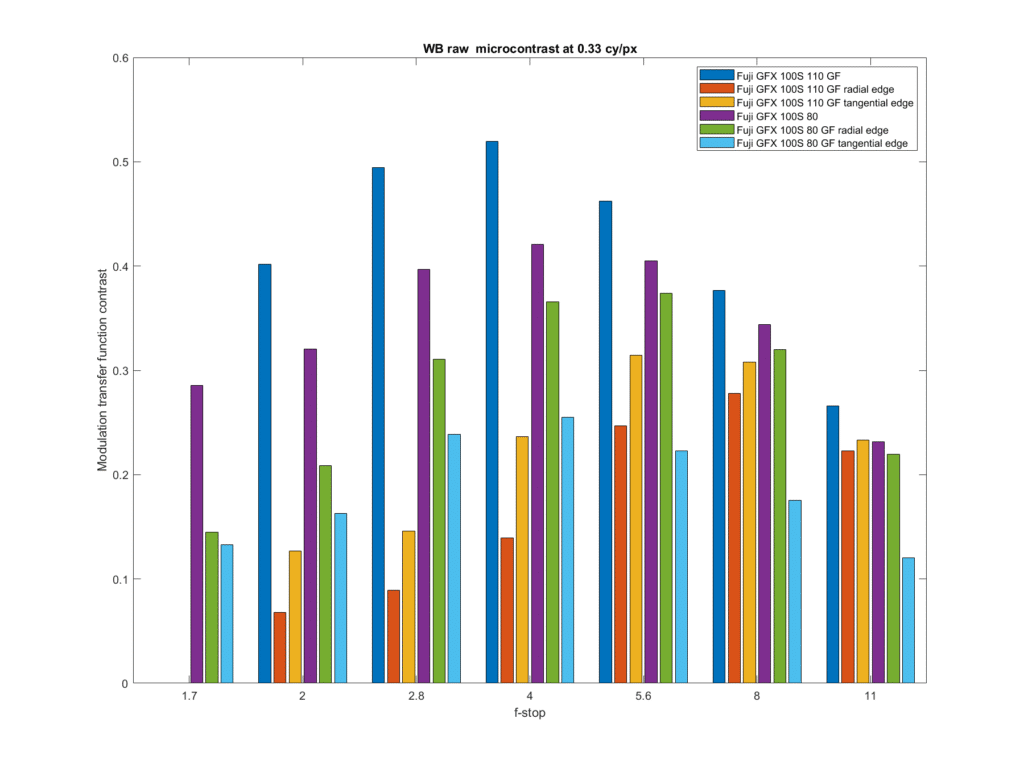 The numbers are worse, but the story is the same.

If you tell you you want to see the longitudinal chromatic aberration LoCA) numbers, I’ll show them to you, but I think the transfocal bokeh plots are more revealing, partly because they have more detail.

The vertical direction is the shift of the focal plane with respect to the plane of the sensor. Focus distance runs from top to bottom, with front-focused at the top and back-focused at the bottom. The horizontal axis a heavily-magnified view of distance in the sensor plane. The colors are highly approximate; I just assigned the raw channels to their respective sRGB channels. Almost all of the above presentation is front-focused because I didn’t set the distance properly.

It’s apparent that the 110 has a lot less chromatic aberration than the 80.