I adapted the Pentax lens to the GFX with a Cambo Actus. 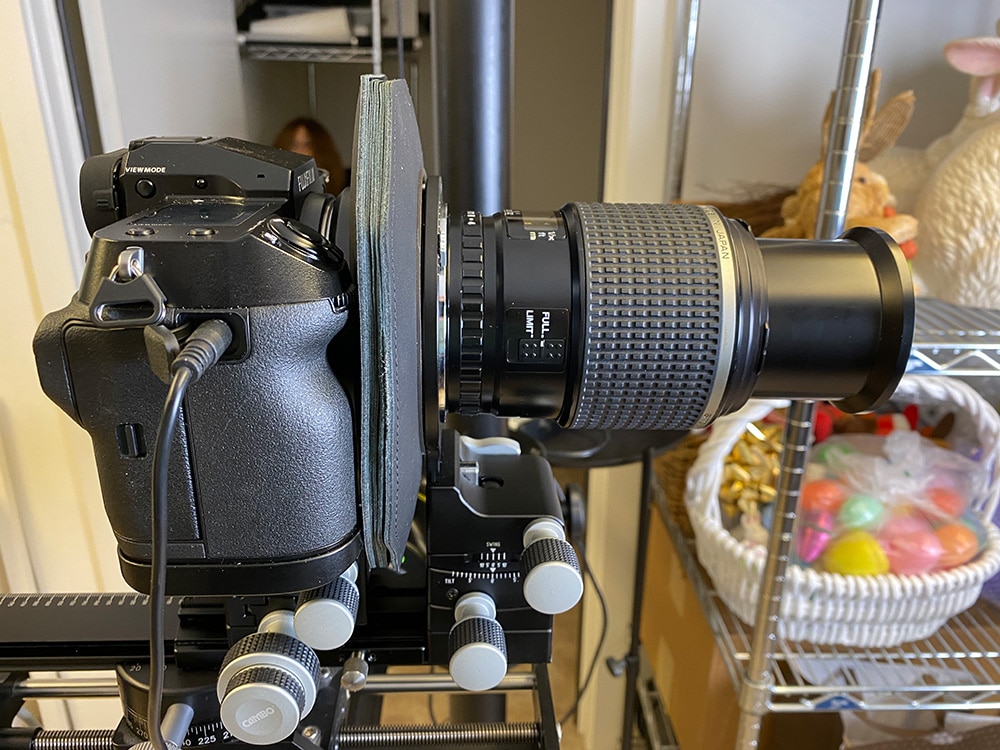 A simple dumb adapter would have worked as well, but I had the Cambo set up already, and just needed to change lens boards 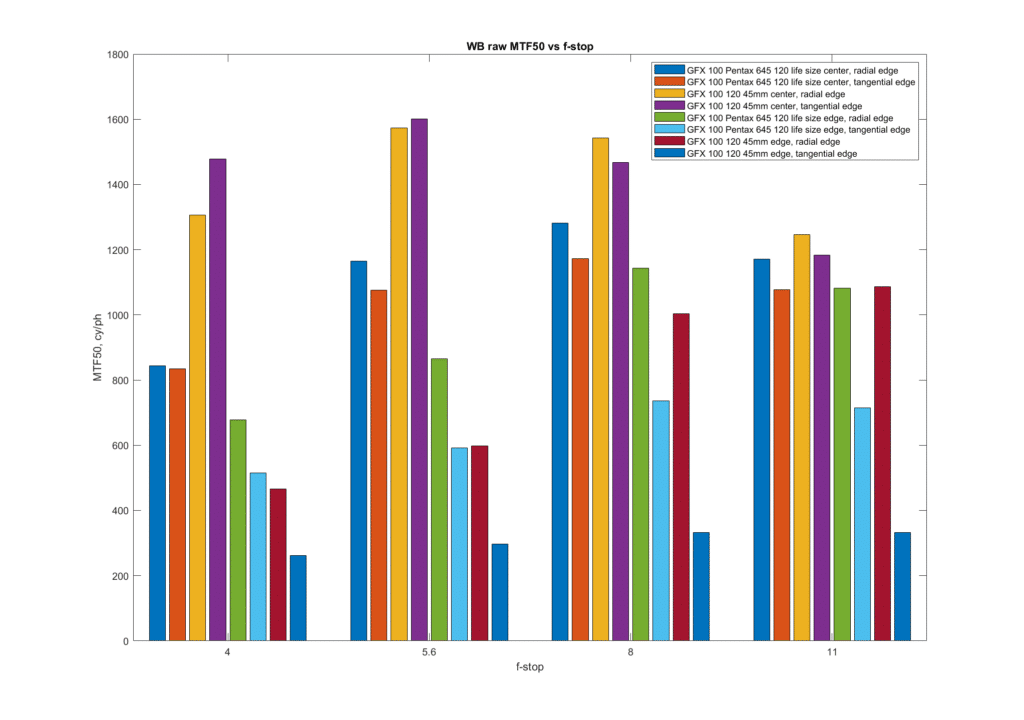 Indicated f/8 gives the best compromise performance for both lenses. At f/8, the Fuji lens is slightly sharper in the center, and quite a bit weaker at the edge.

Looking at micro contrast, which I’m defining for this post as contrast at 0.25 cycles per pixel. 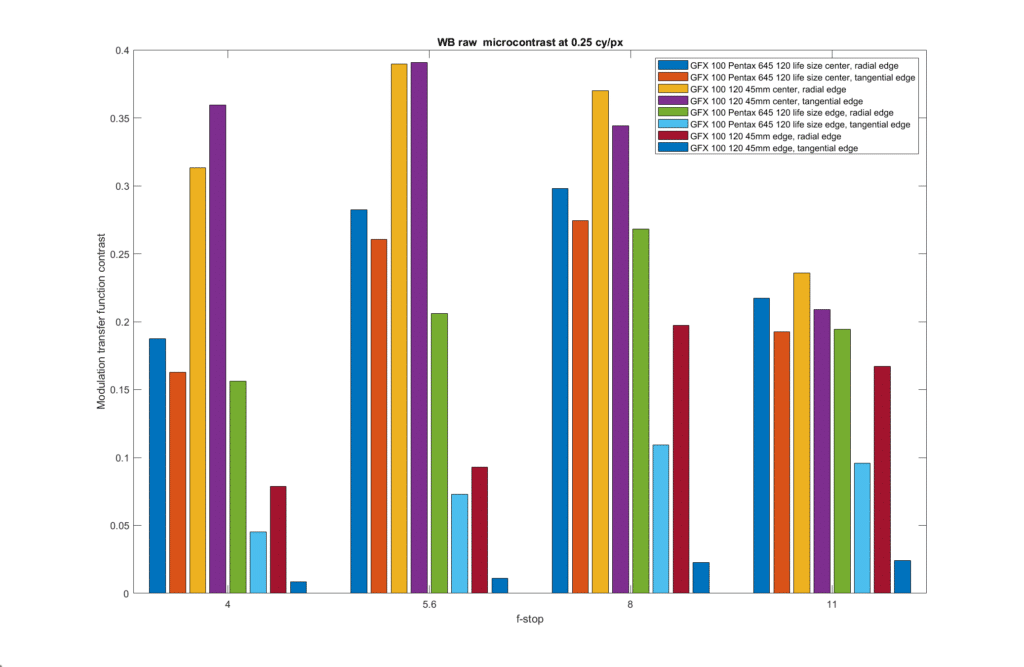 Again, f/8 indicated is the best compromise stop, and the Fuji lens is better on axis and worse off axis. 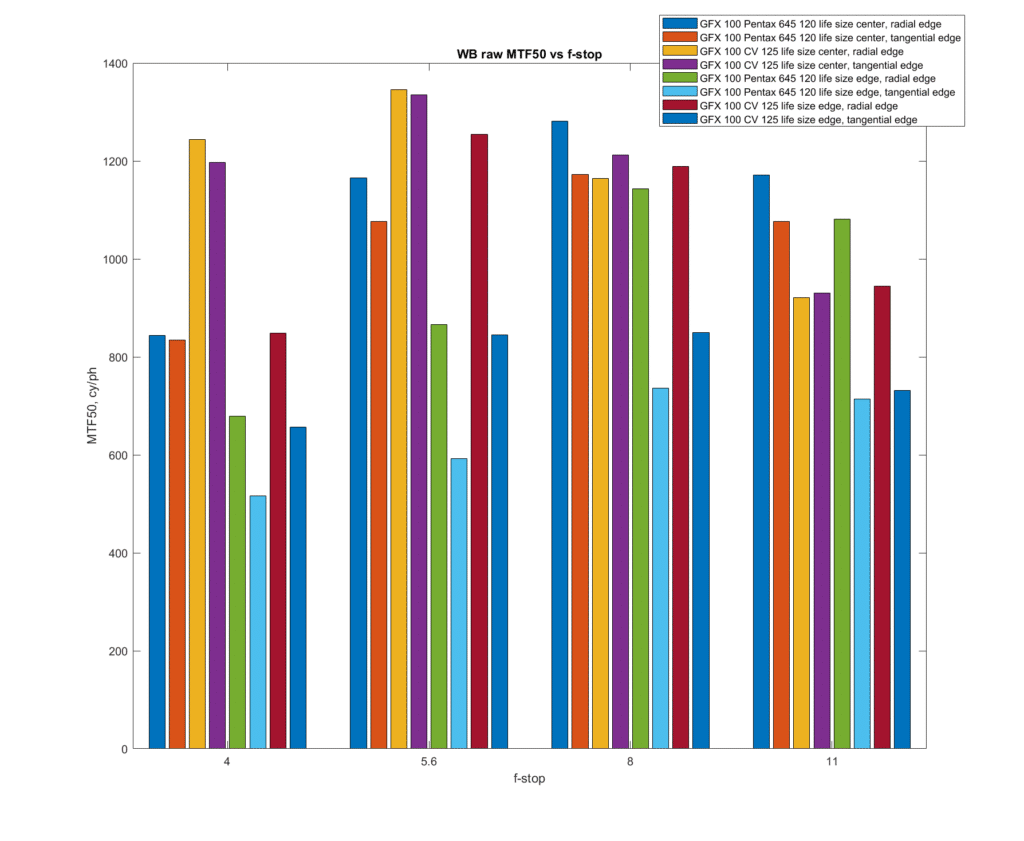 At indicated f/8, the CV is a hair better, but there’s really not that much difference between the two lenses. This is good news, since the Pentax lens is =much cheaper and d=easier to find than the CV.

We can look at on-axis MTF50 versus defocus distance for each of the raw channels to get an idea of longitudinal chromatic aberration (LoCA). 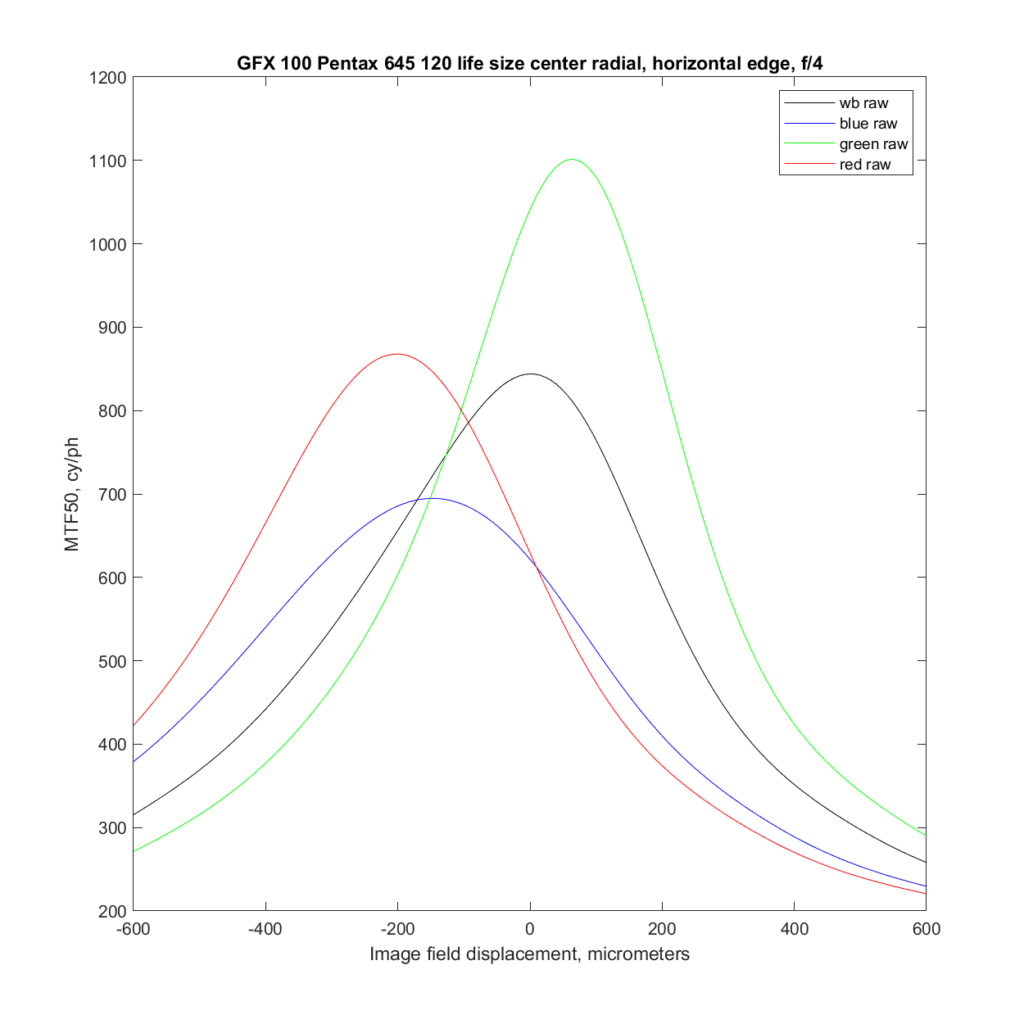 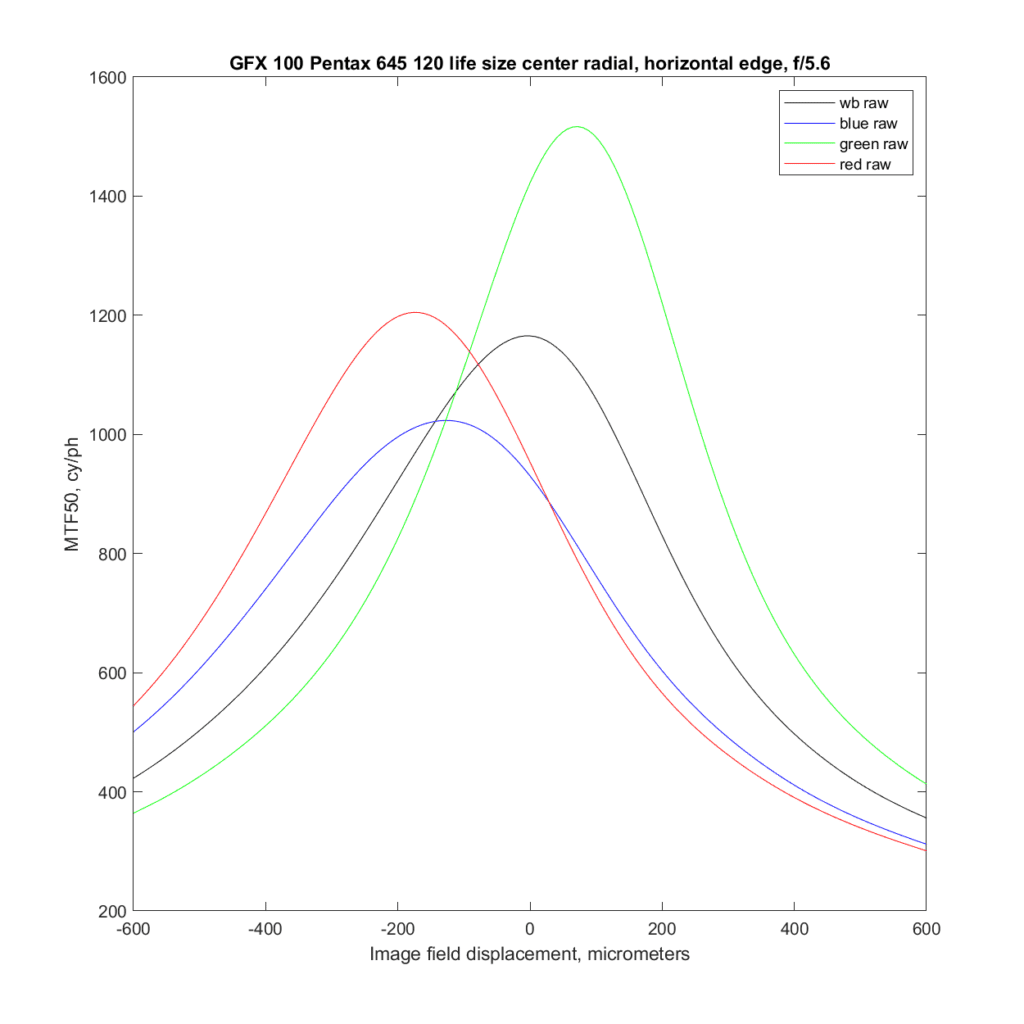 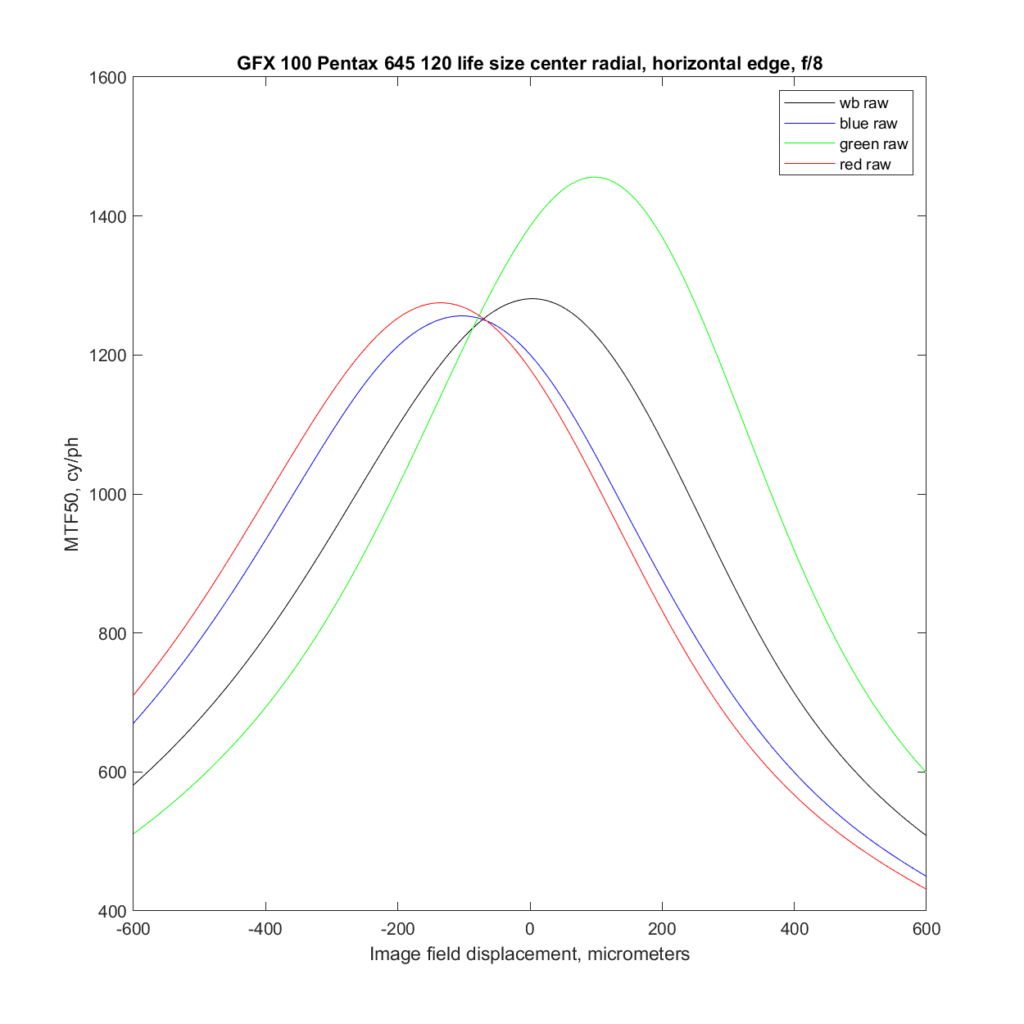 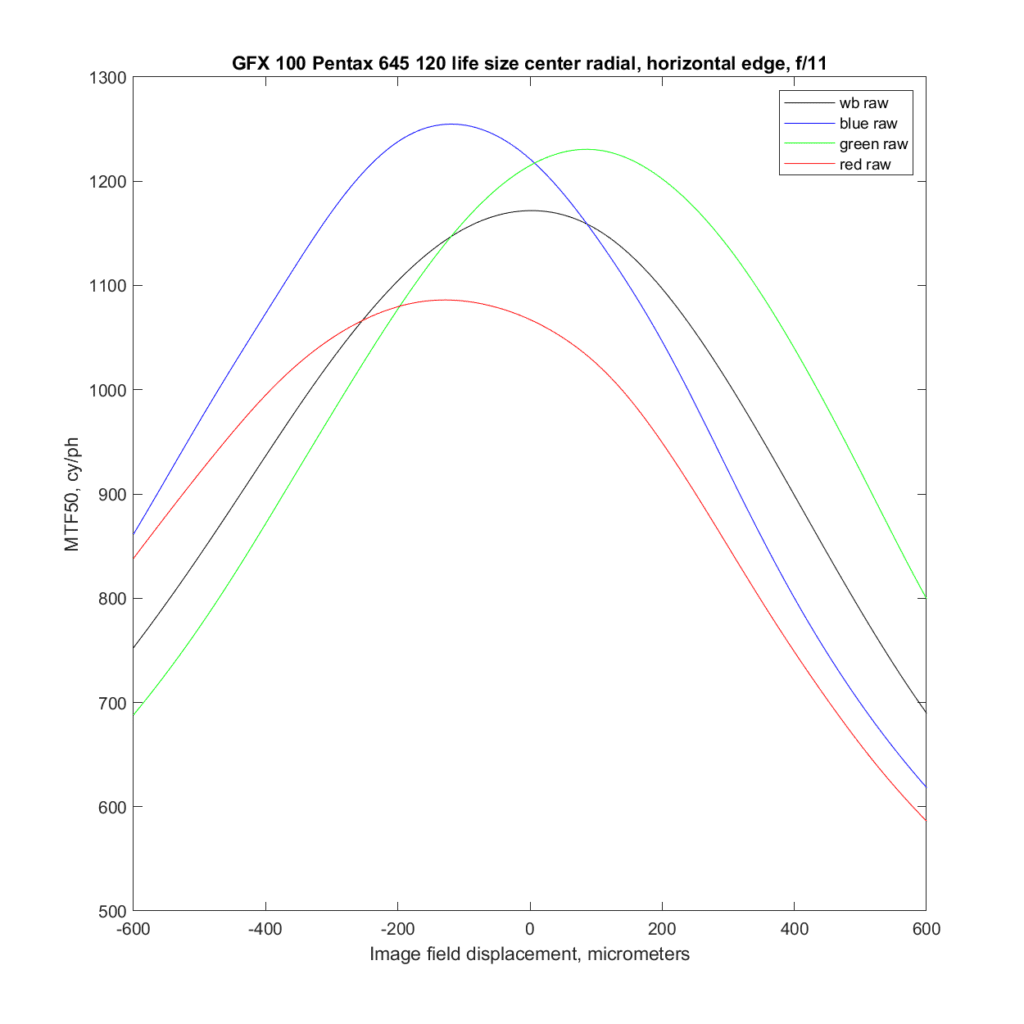 At the right edge, for horizontal edges: 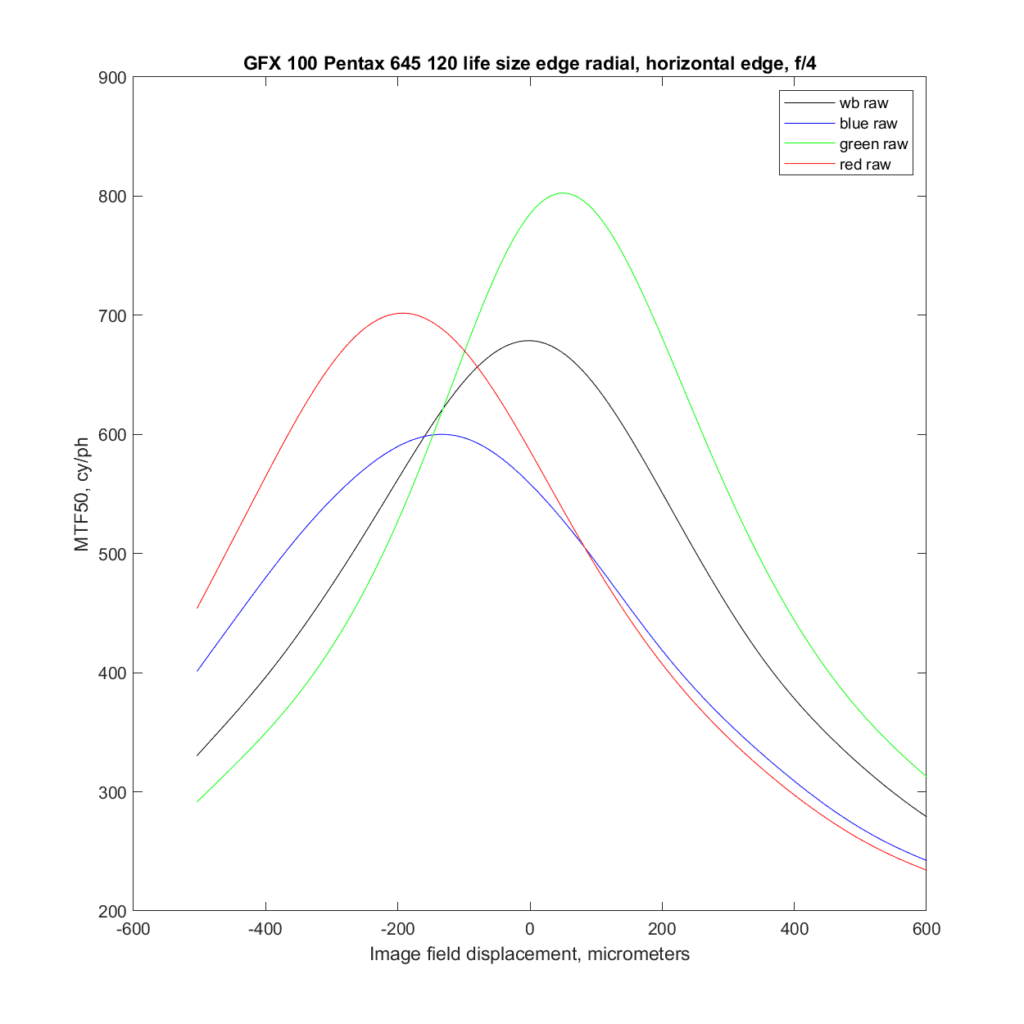 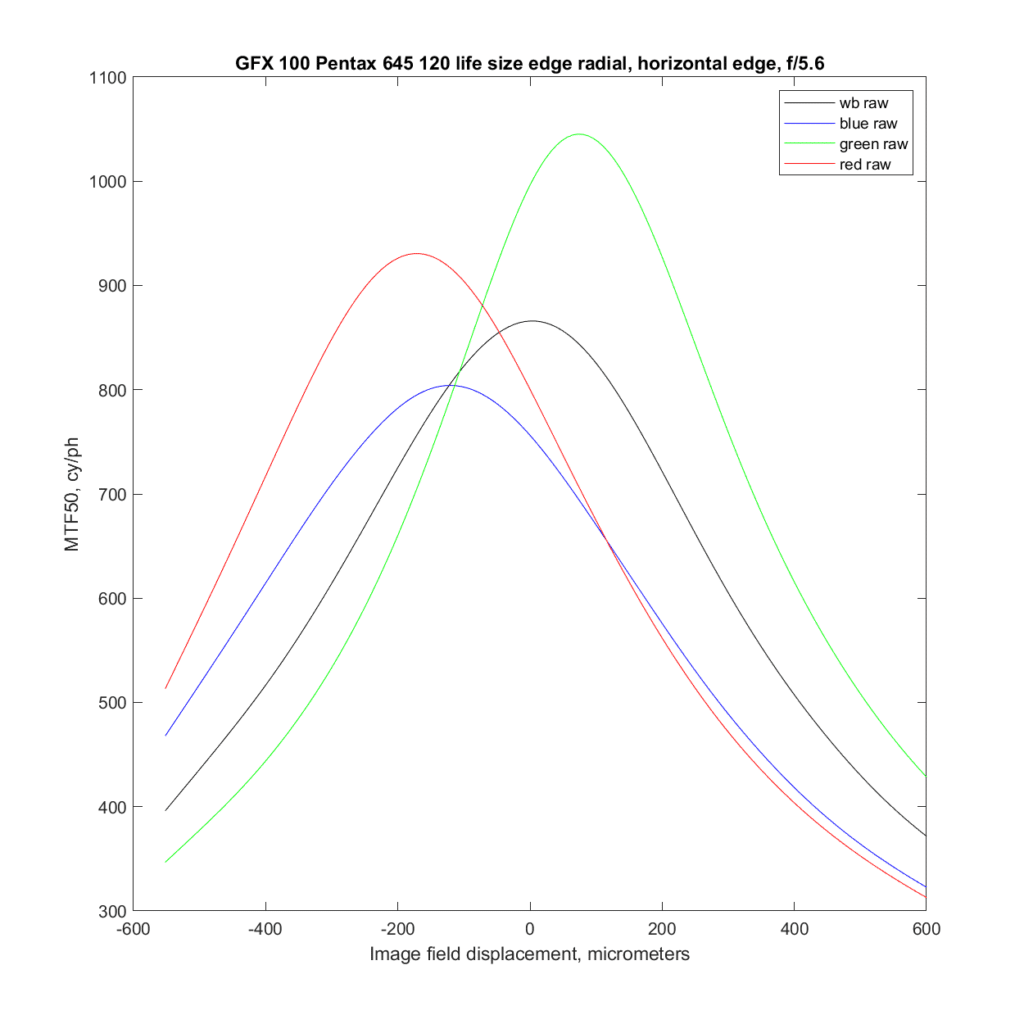 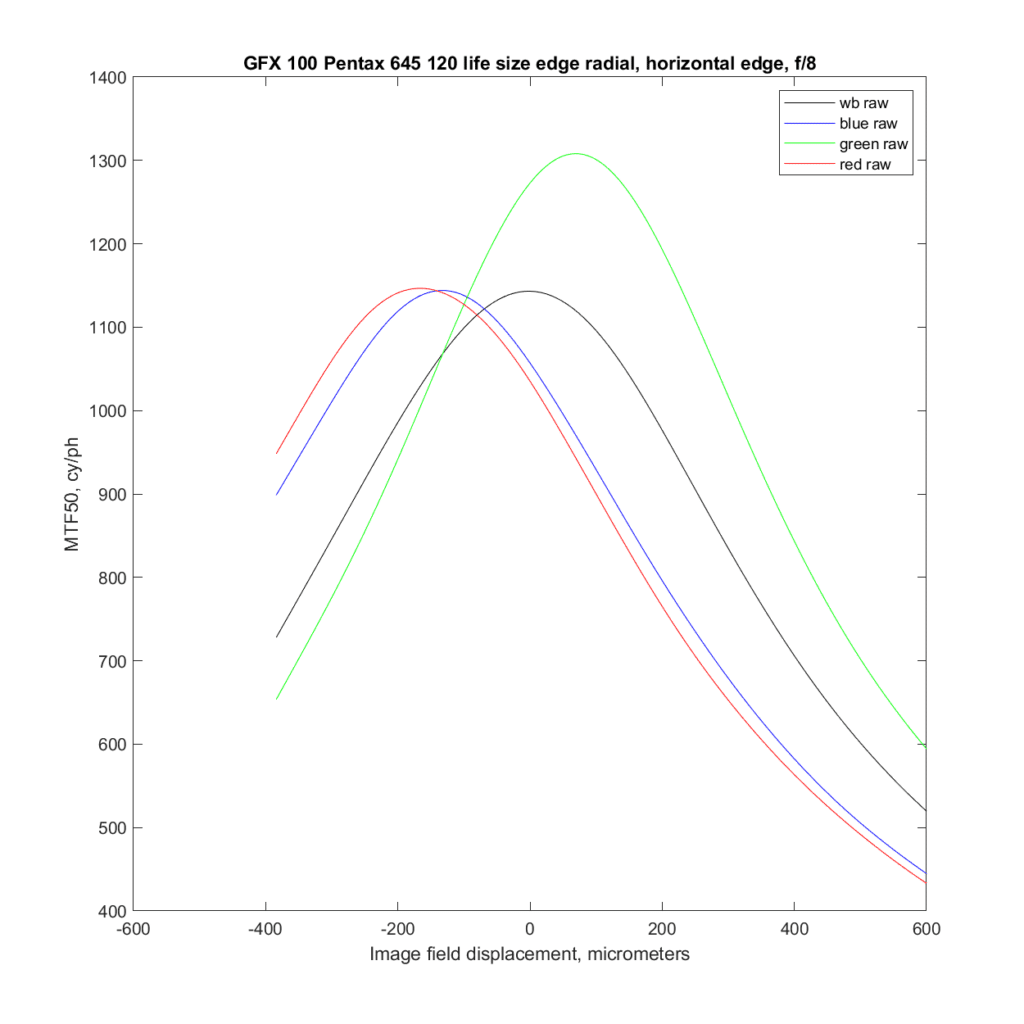 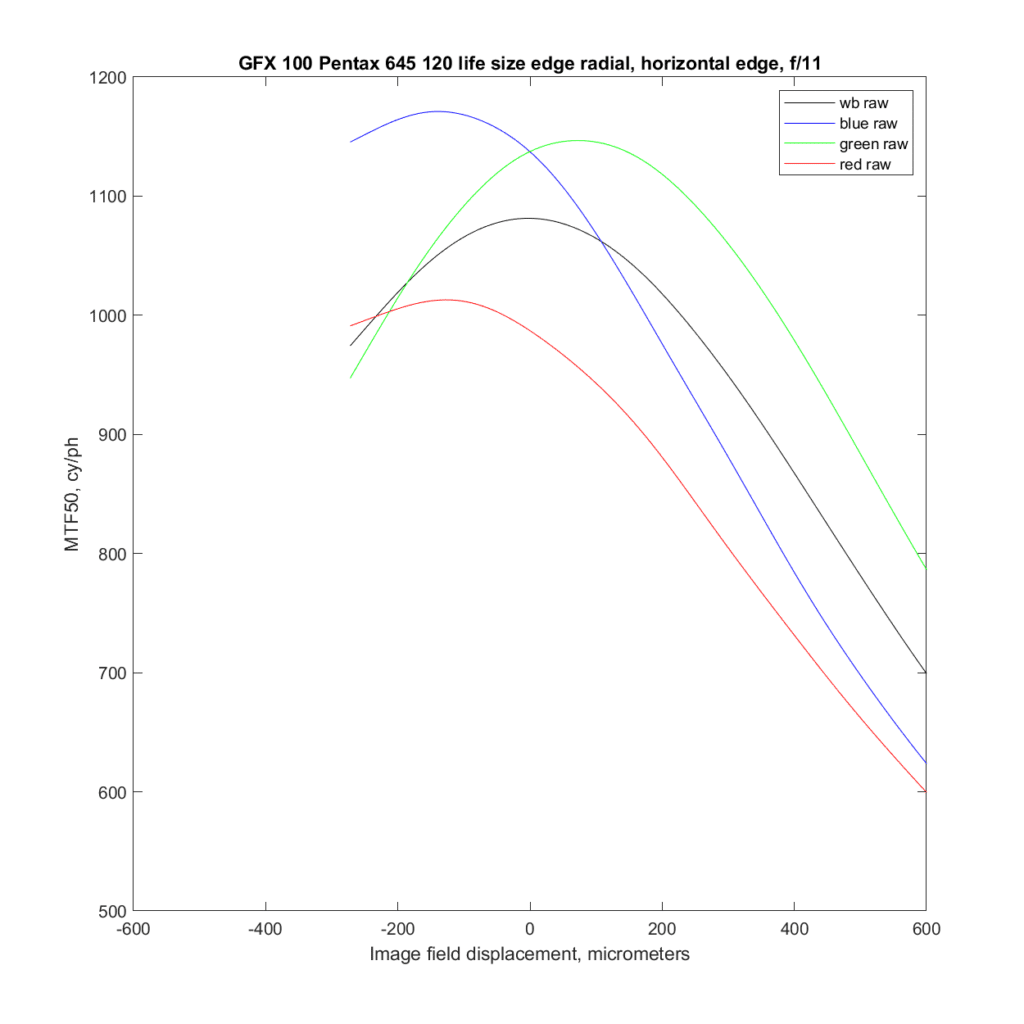 And, finally, a lot at the point spread function cross-section at f/8 on axis: 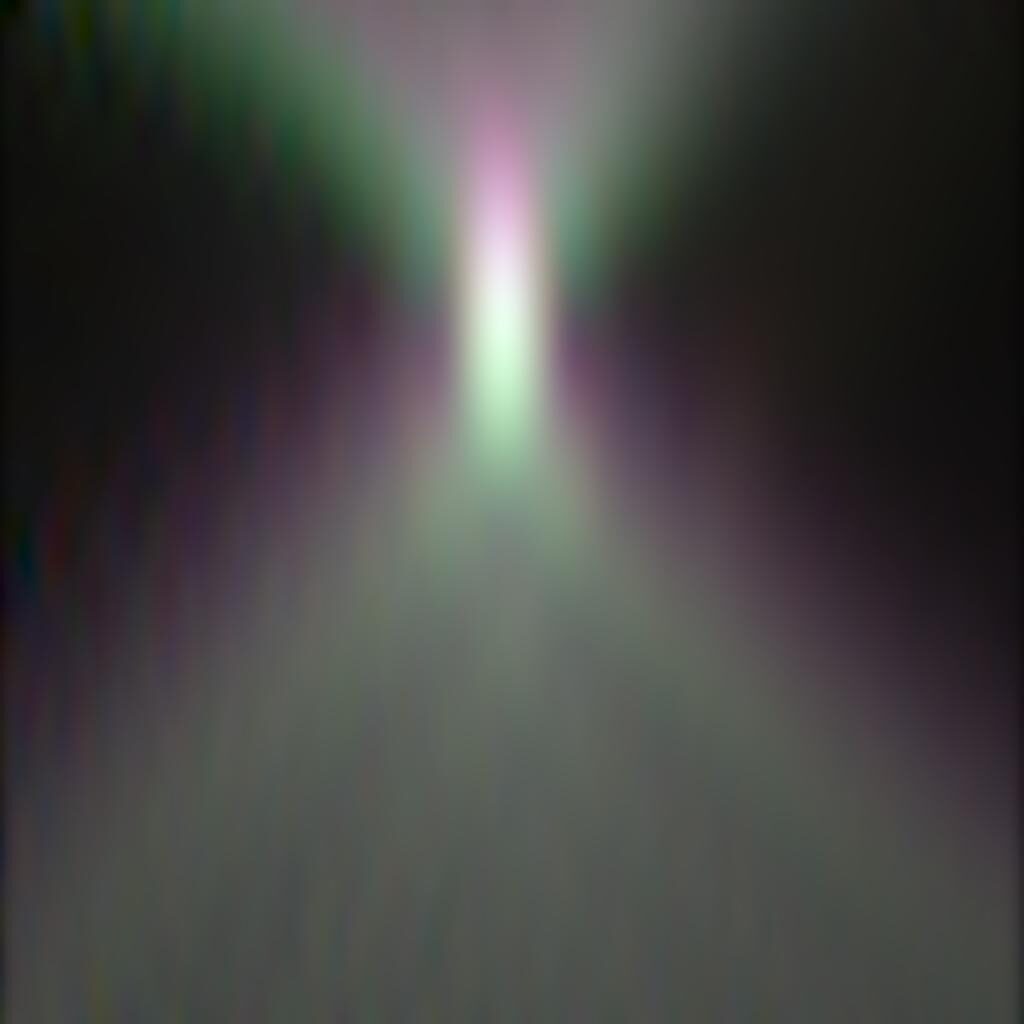 Subject distance runs from top to bottom, with the top being front-focused, and the bottom being back-focused.

At the edge for a horizontal (radial) edge: 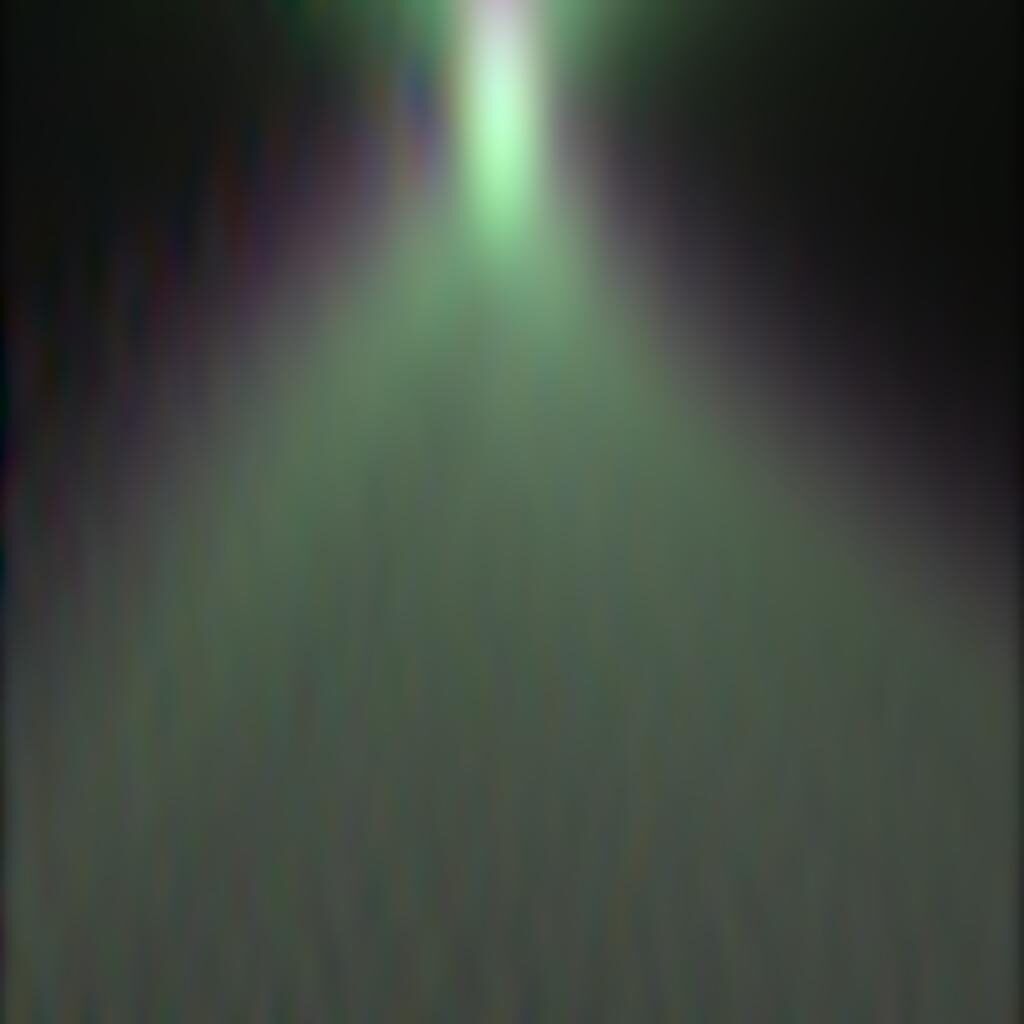