This is one in a series of posts on the Fujifilm GFX 100S. You should be able to find all the posts about that camera in the Category List on the right sidebar, below the Articles widget. There’s a drop-down menu there that you can use to get to all the posts in this series; just look for “GFX 100”. Since it’s more about the lenses than the camera, I’m also tagging it with the other Fuji GFX tags.

For copy applications, and for some 3D subjects that require extension tubes, the 120/4 GF just isn’t cutting it. I tried the CV 125/2.5 and it was a big improvement. I’d had a Schneider 90 mm f/4.5 Apo Componon enlarging lens lying around, so I decided to try it. 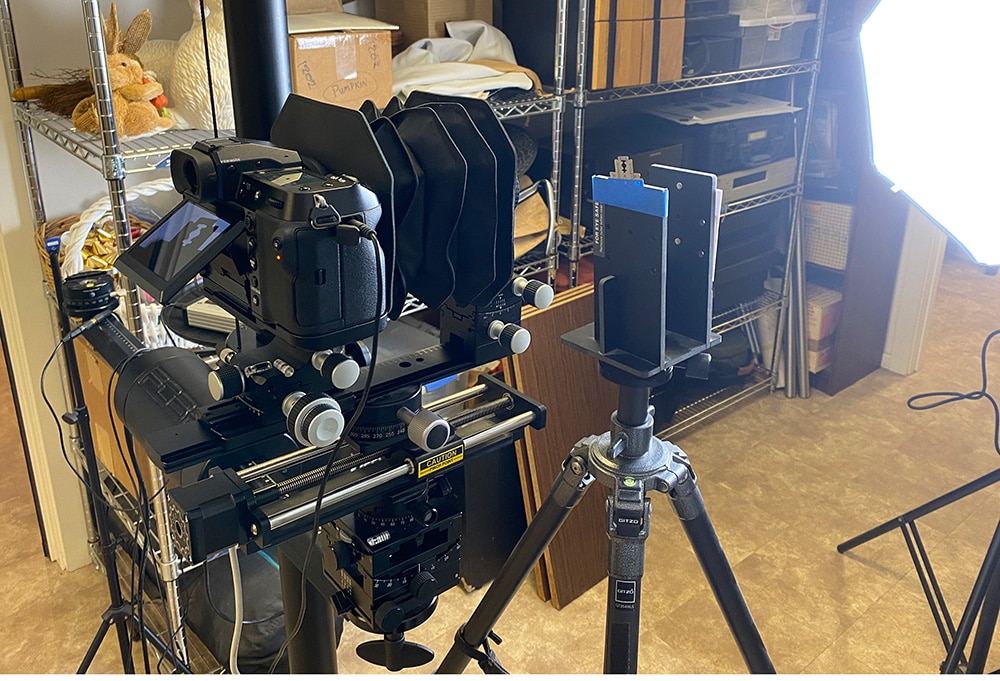 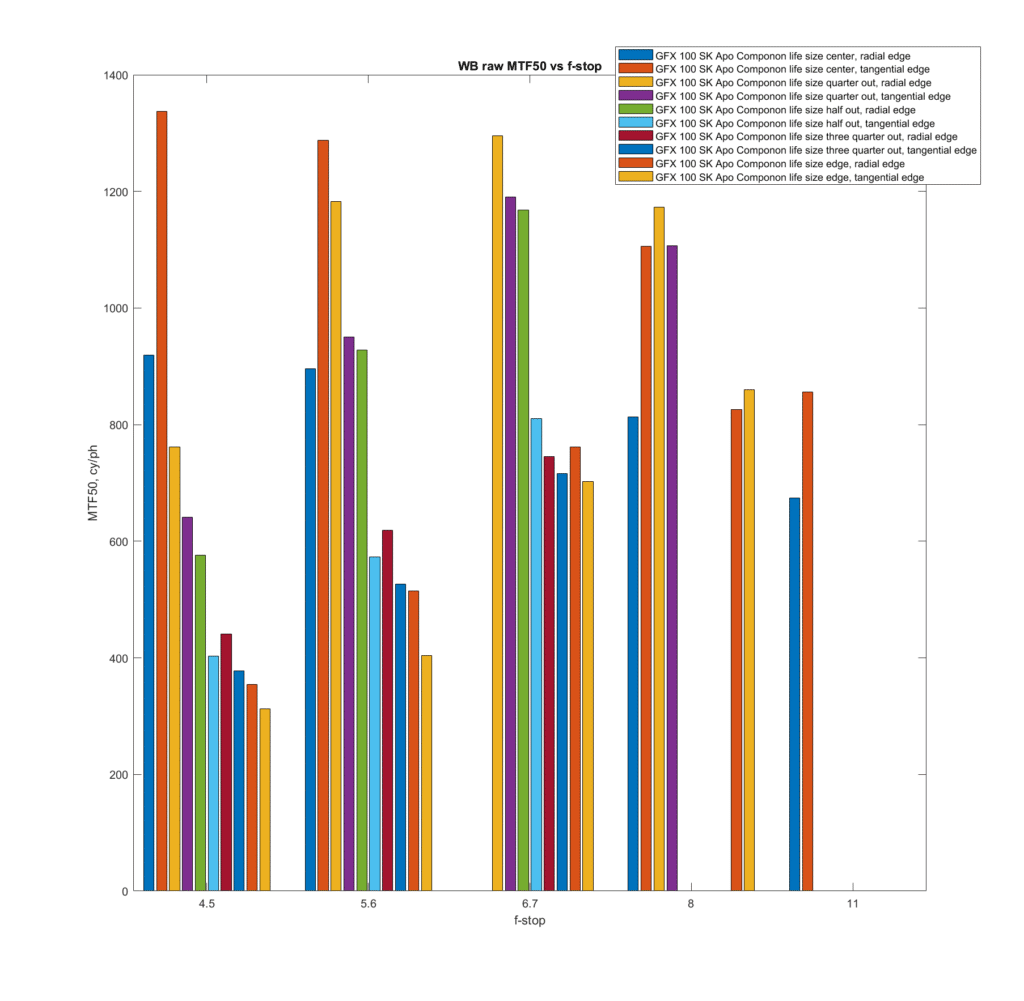 The f-stop setting of the lens was not visible with the Cambo setup, so I didn’t always get the f-stops I wanted. There are pairs of bars for five different locations on the sensor: in the center, 1/4 the way to the edge, halfway to the edge, 3/4 of the way to the edge, and near the edge. Unfortunately, not all locations are shown for all stops, but I think there’s enough data for you to get the idea of what’s going on. MTF50 in cycles per picture height is the y axis, and the x axis is f-stop. F/6.7 appears to be the optimum stop. One thing to remember: at 1:1, the effective f-stop is two stops narrower than the indicated f-stop, So f/5.6 is effectively f/11, f/8 is effectively f/16, and so on.

This is not great performance. It is not as good as the CV 125/2.5, for example. The lens was designed for a magnification of about 1:3.3, so it’s not to surprising that it doesn’t do well at 1:1, but I was still disappointed.

Here’s how the microcontrast looks: 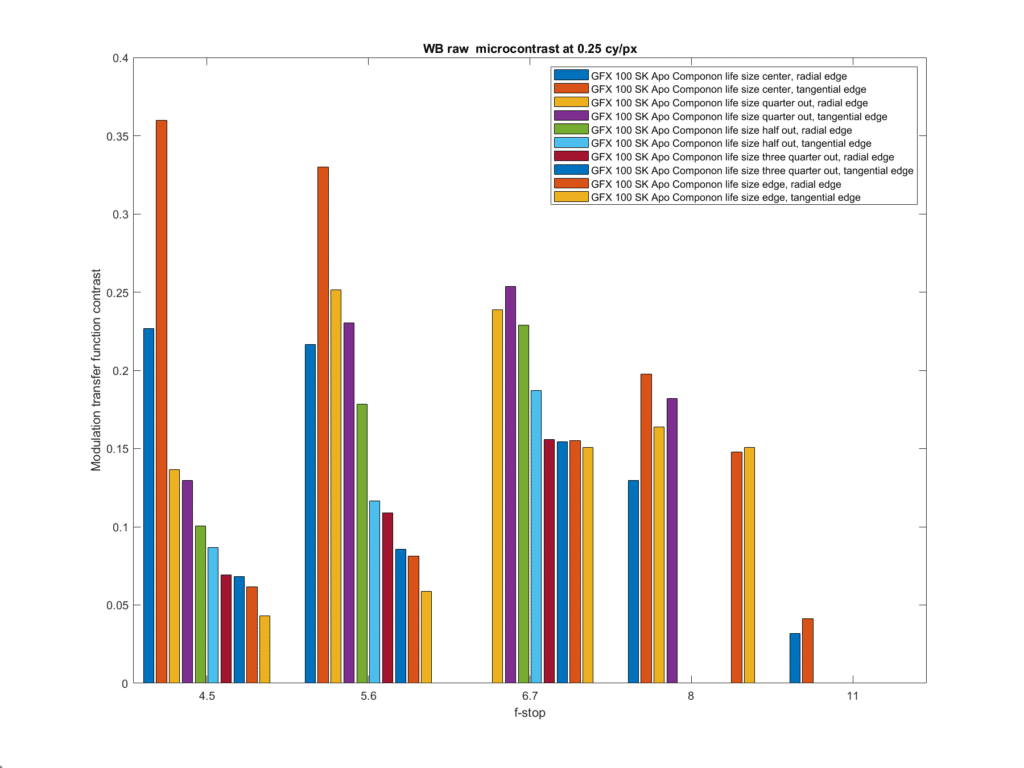 Comparing the enlarging lens to the Fuji 120 GF in the center of the frame: 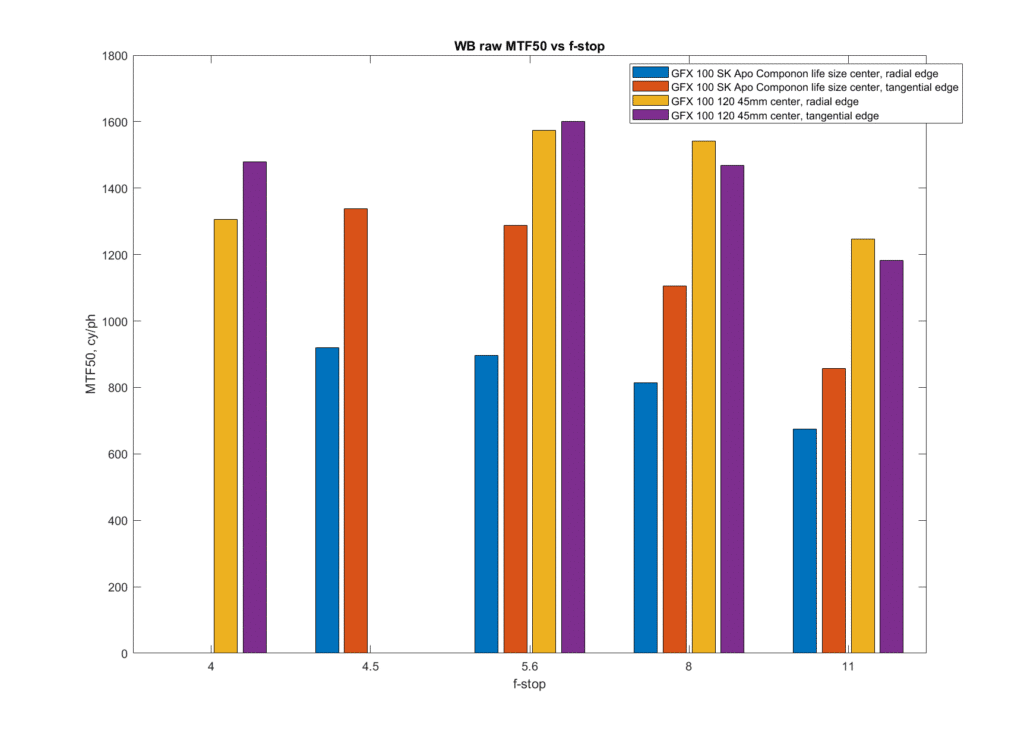 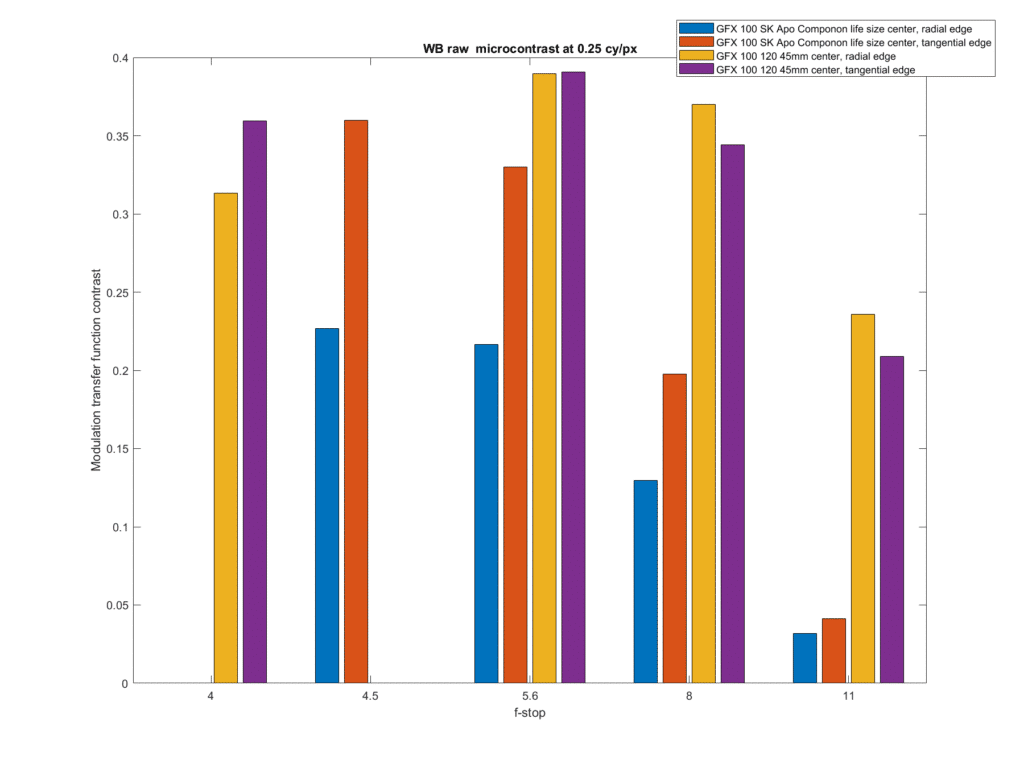 The Fuji lens is a clear winner. It should be noted that the effective aperture of the 120 GF is one-third to two-thirds of a stop wider than the Schneider when the indicated f-stop is the same. 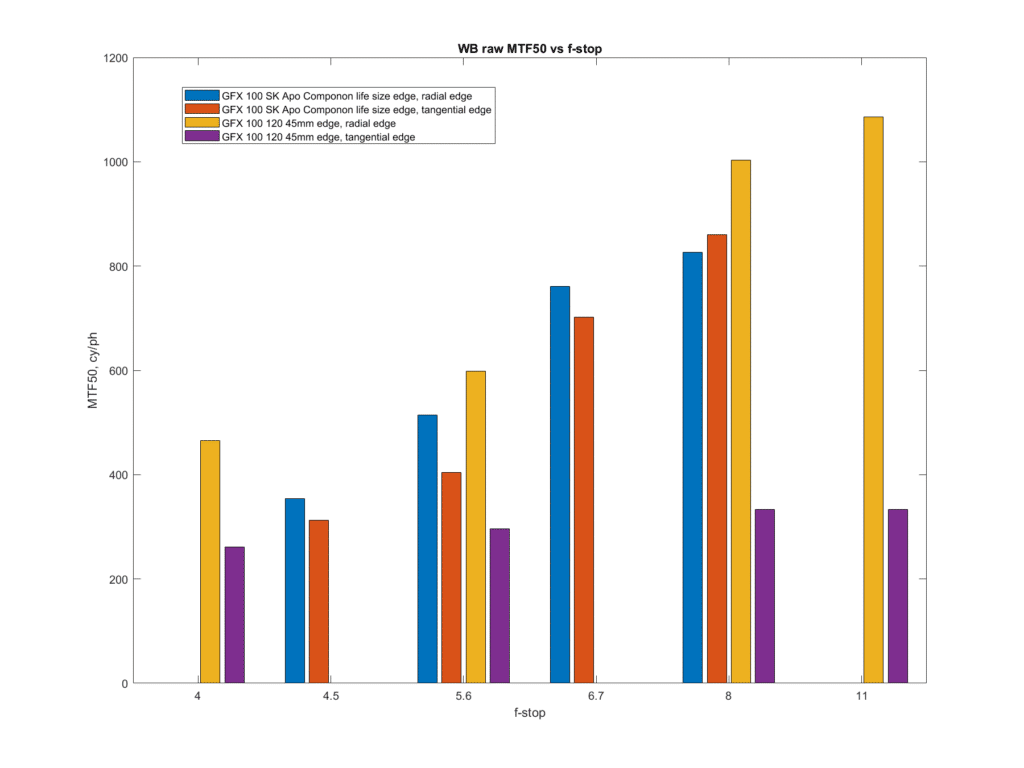 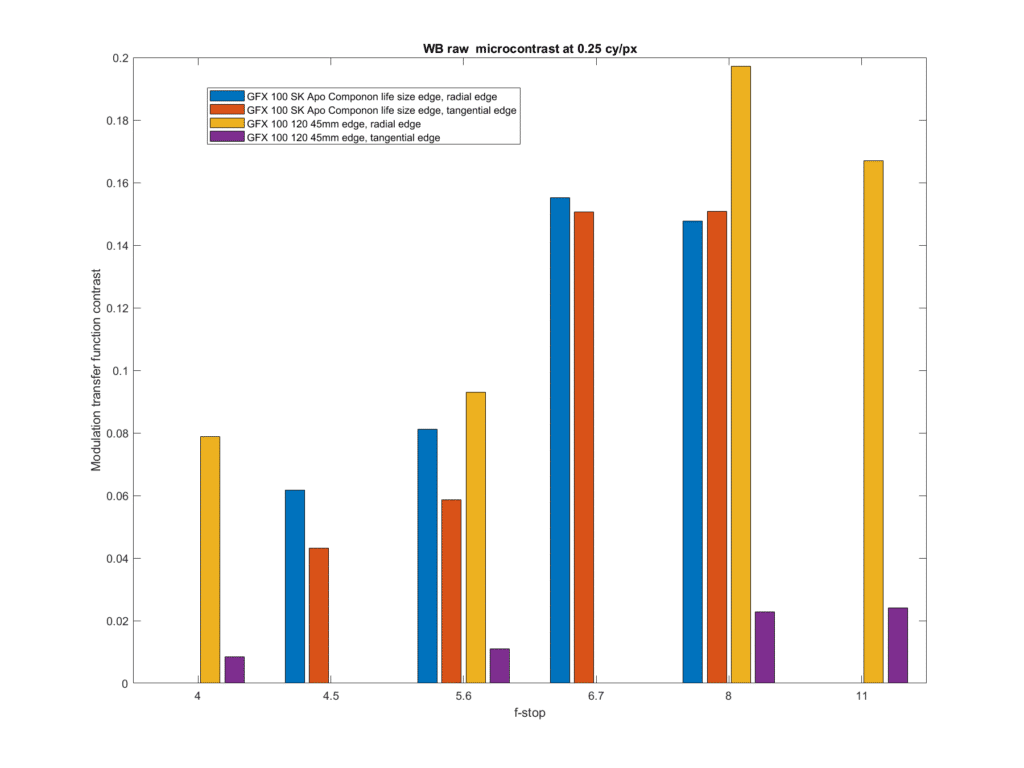 Now the Schneider lens looks better. The Schneider seems to have a flatter field than the Fuji lens, but since I’m planning on stacking, I haven’t looked at that in any detail.