For copy applications at high magnifications, and for some 3D subjects that require extension tubes, the 120/4 GF just isn’t cutting it. I tried the CV 125/2.5 and it was a big improvement. I’d tried a Schneider 90 mm f/4.5 Apo Componon enlarging lens, and it was a disappointment at 1:1. I’d heard good things about the Pentax 645 120mm f/4 smc FA macro lens. It was almost as good as the CV 125/2.5 — and is substantially easier to find and less expensive.

My search for lenses that would do well on the GFX 100 at 1:1 led me to what are often called process lenses. The term originally referred to photographic reproduction processes, and now is used to identify lenses optimized for particular magnifications and designed for industrial use. Schneider Kreuznach makes a line of such lenses. One set in the line is 120mm in focal length, which is convenient for 1:3 to 1:1 reproduction. The name is Makro Symmar. The widest f-stop is either f/5.9 or f/5.6, depending on which version of the lens you get. There are four members of the line, and they are optimized for different reproduction ratios.

This test is of the 0058 version, and the lens is used at its designed reproduction ratio of 1:1.

The 120/5.6 Makro Symmars have an image circle of 85 mm (presumably at their optimum reproduction ratio). The GFX cameras have a diagonal of 55 mm, so that’s plenty of coverage.

There’s an issue: the lens mount is something called V38, which is a setscrew 38mm mount. You have to Macgyver the lens on to your camera. Here’s the setup I used for this test: 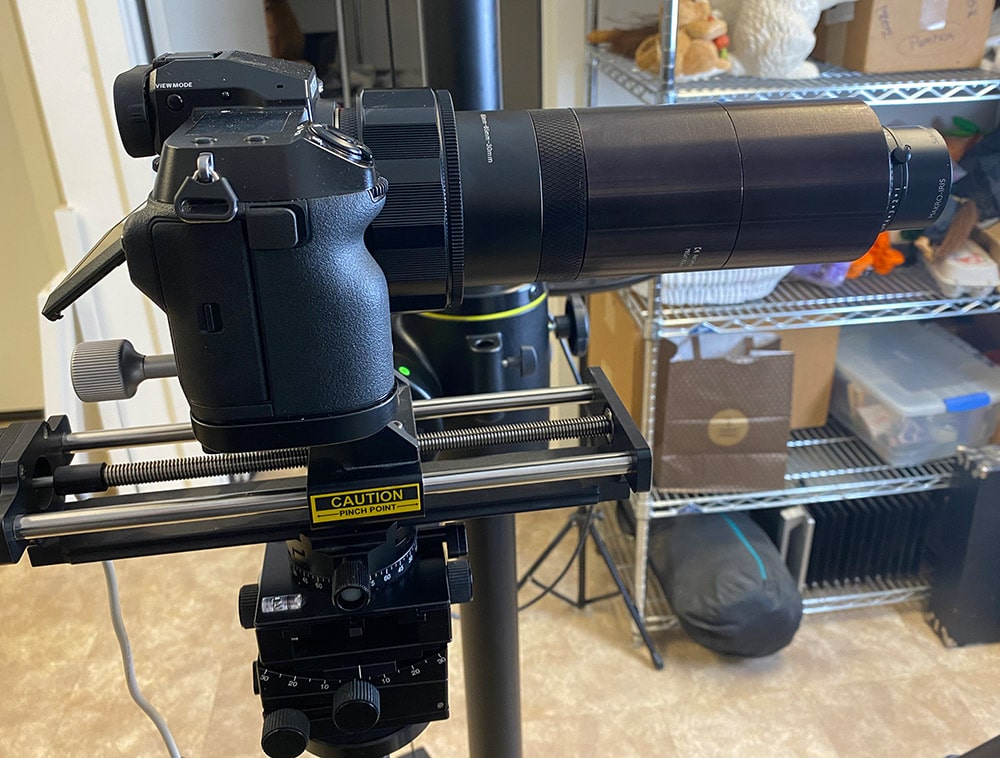 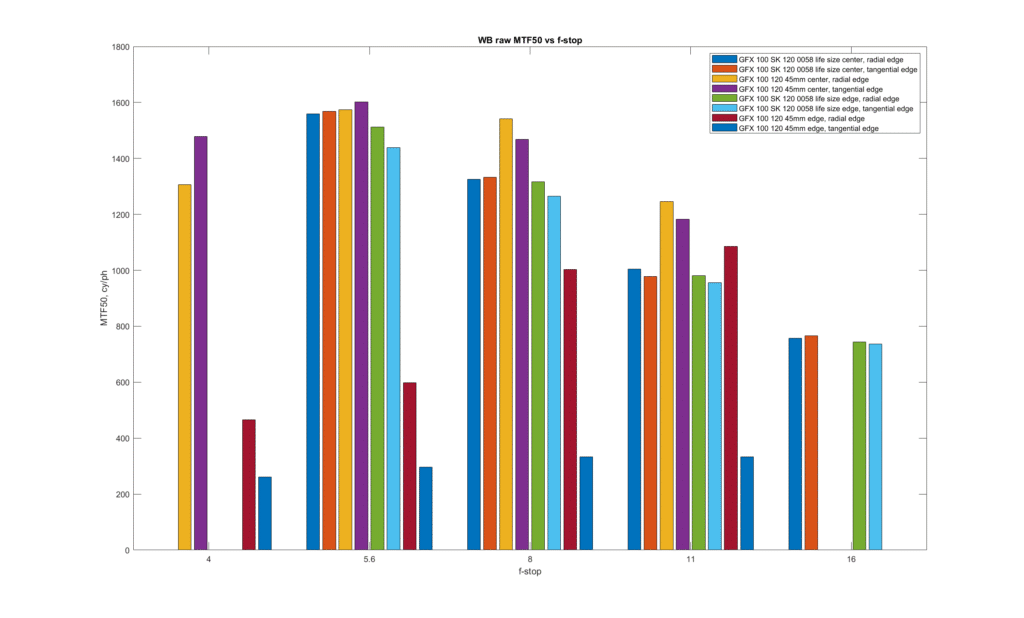 At its optimum aperture of f/5.6, the Makro Symmar is about as sharp in the center as the Fuji lens, and far sharper at the edge. In fact, it is virtually as sharp at the edge as in the center.

A word about the f-stops. I’ve plotted the indicated f-stops, not the effective ones. The Fuji lens used internal focusing, which means that the focal length gets shorter as you focus closer. That in turn means that the effective f-stop doesn’t narrow down as fast as it does with a lens like the Schneider Kreuznach that maintains its focal length as you focus closer. That explains the Fuji’s apparent better performance at the narrower f-stops.

Comparing the Schneider lens to the best 1:1 lens for the GFX I’ve found up to now: 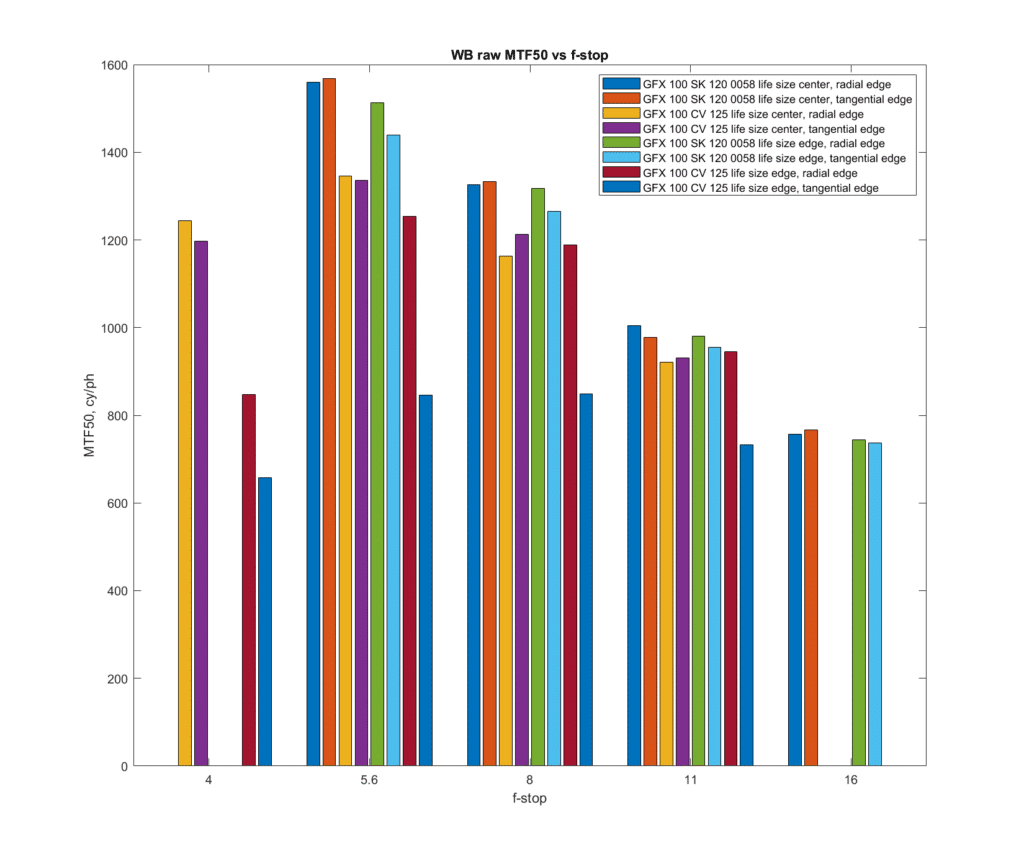 We have a new winner. The Schneider lens is much better off axis at the most usable f-stops.

Microcontrast, which I’m defining as contrast at 0.25 cycles per pixel, with the Fuji and the Schneider lenses: 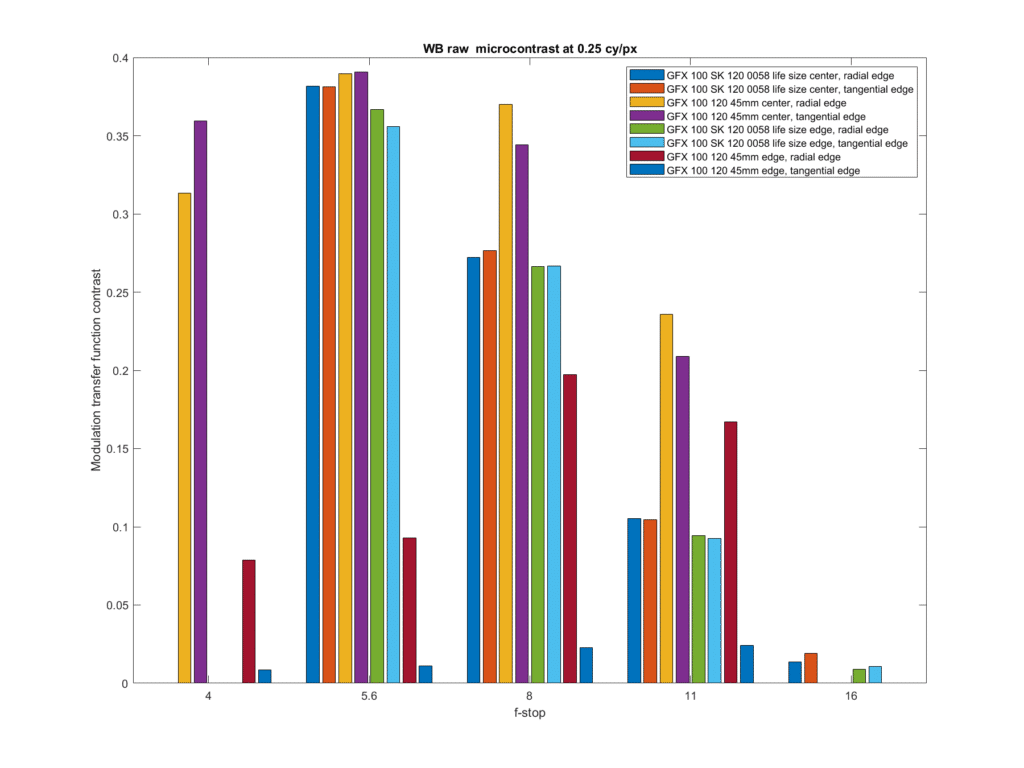 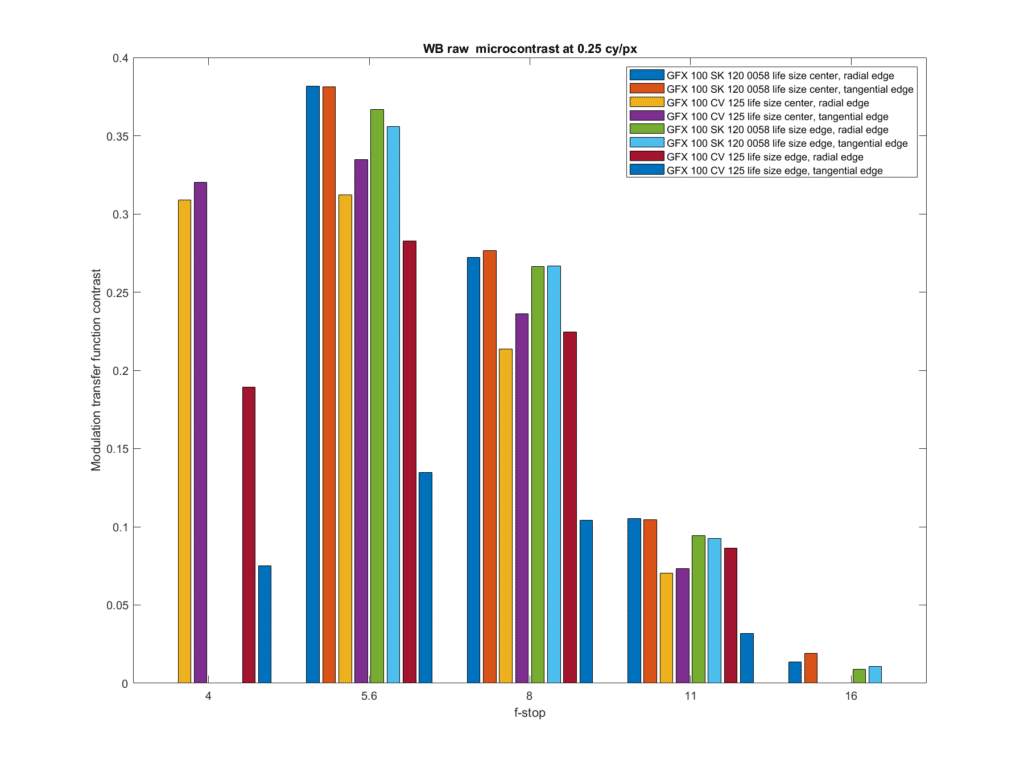 Here are the MTF50 versus focal plane displacement curves for f/5.6 and f/8 with the Schneider lens on axis. 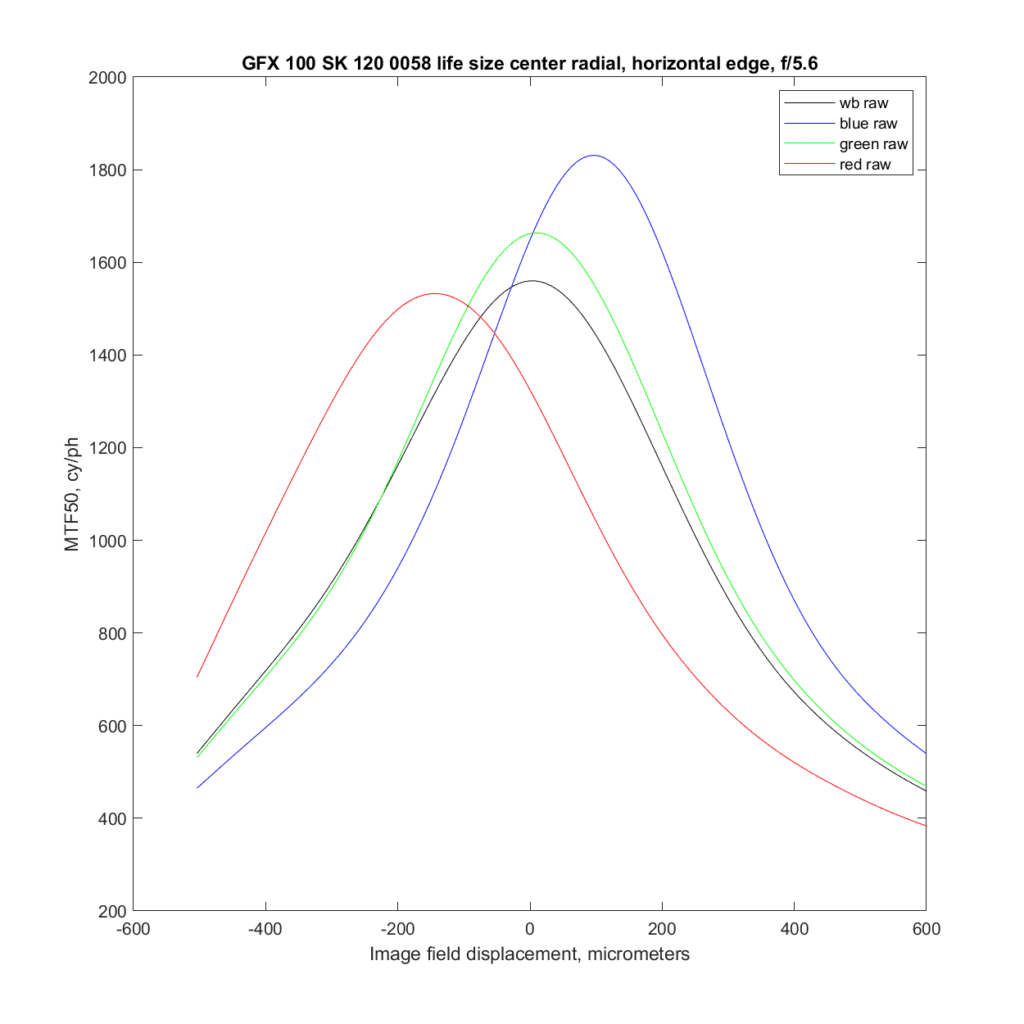 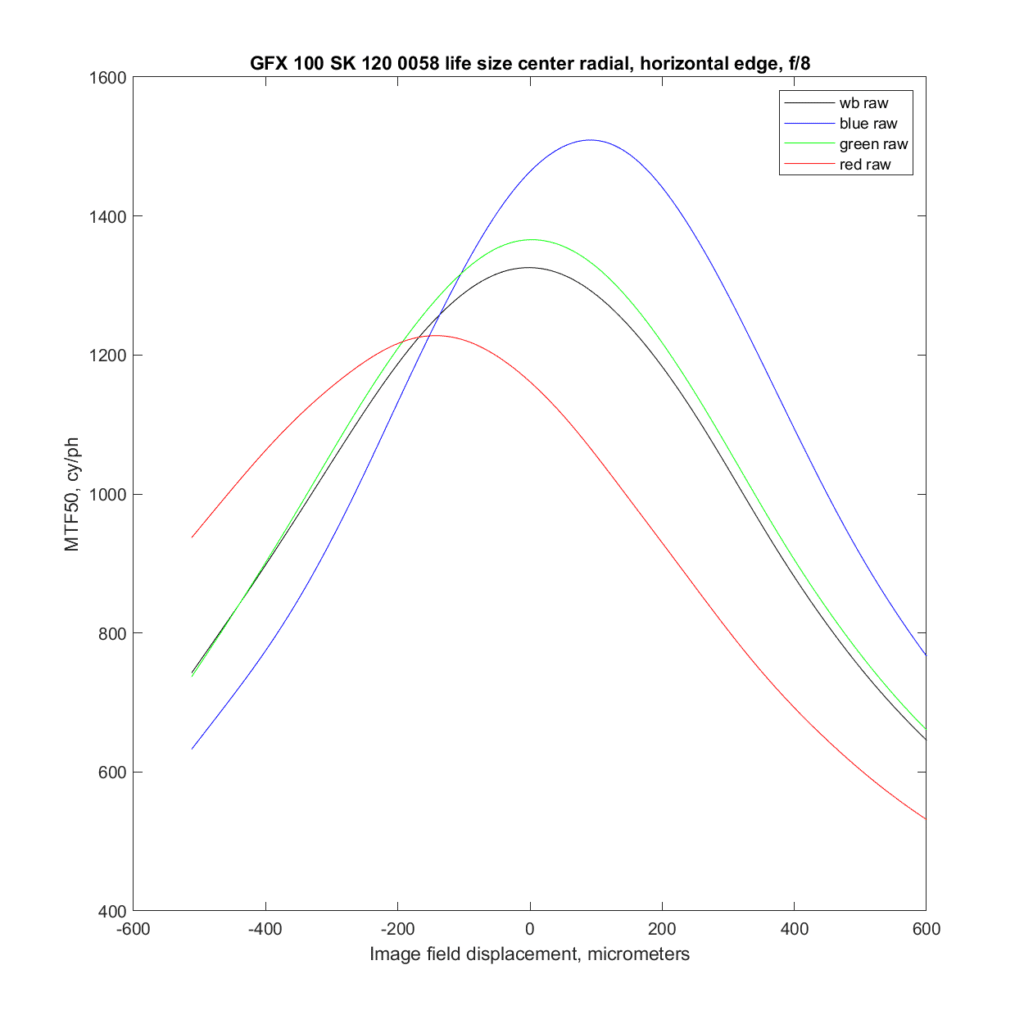 There is some longitudinal chromatic aberration (LoCA). 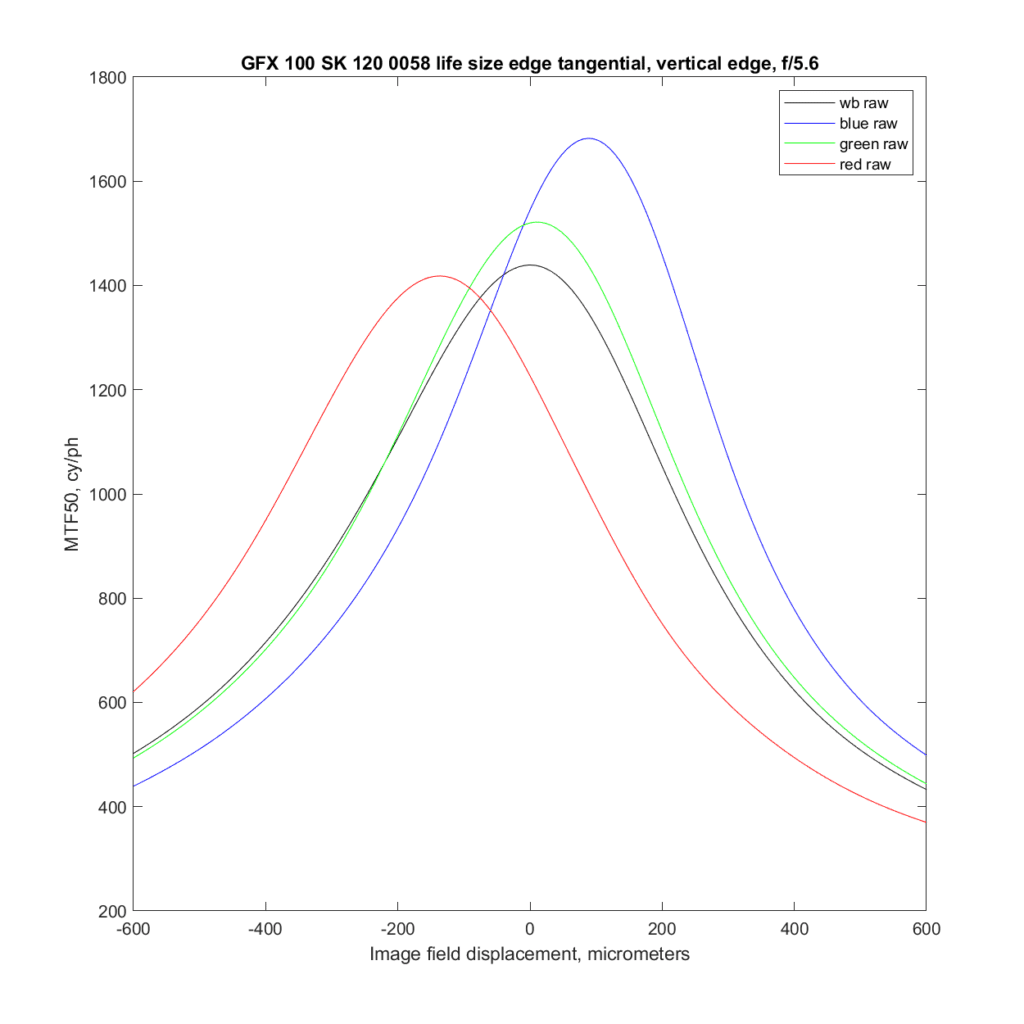 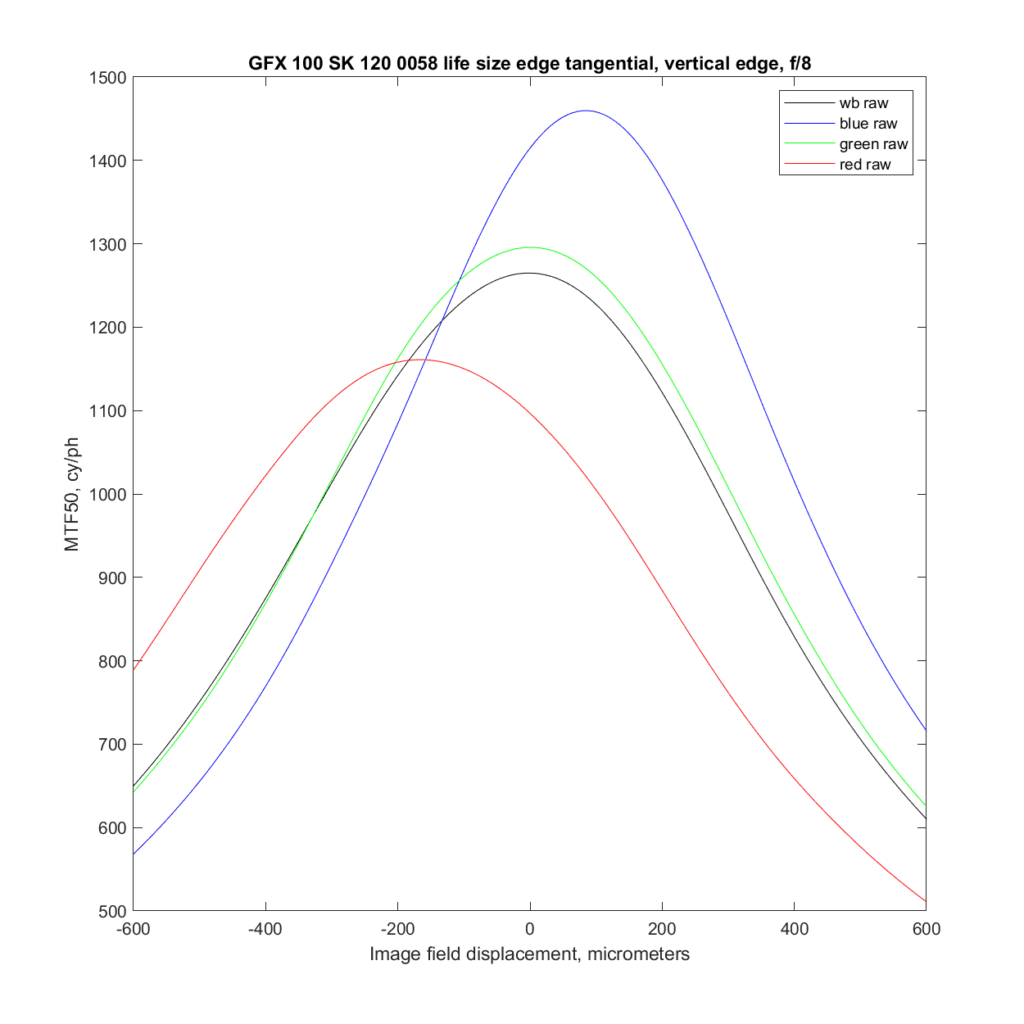 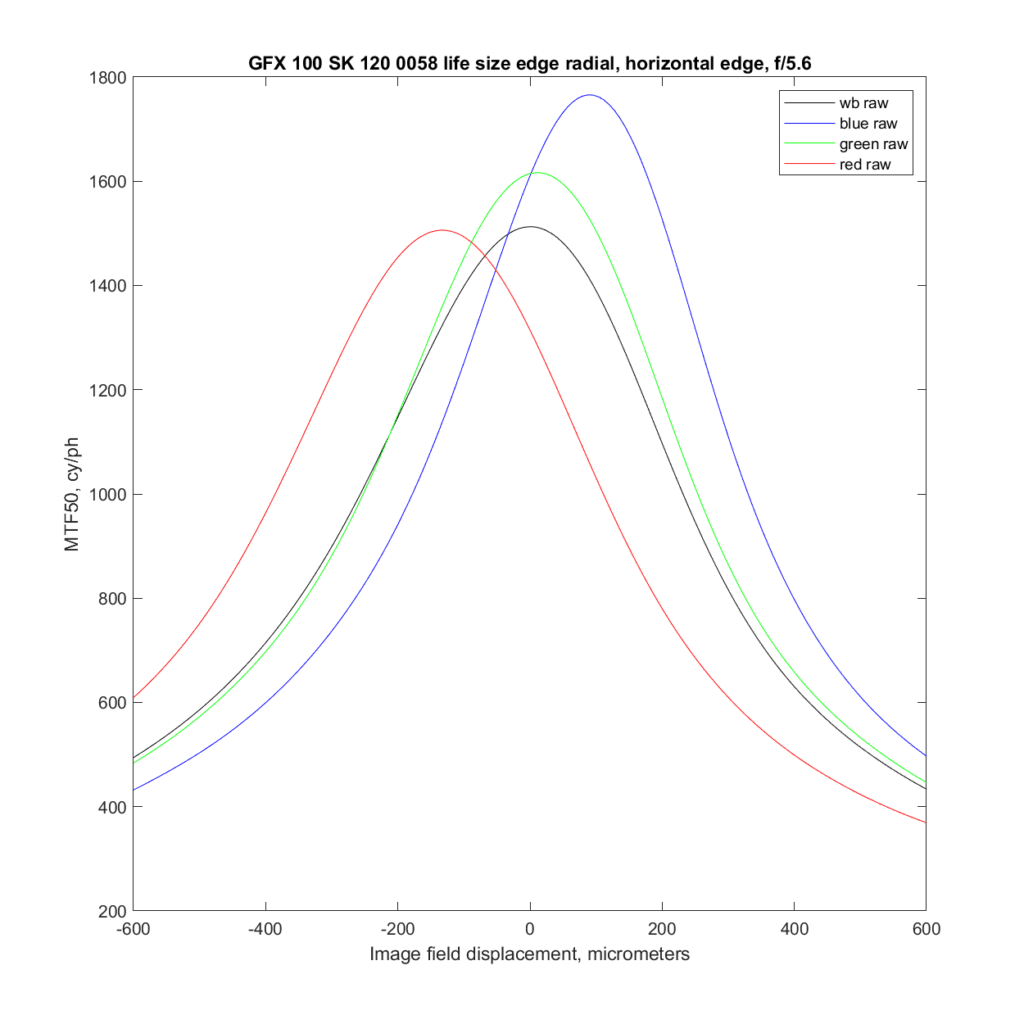 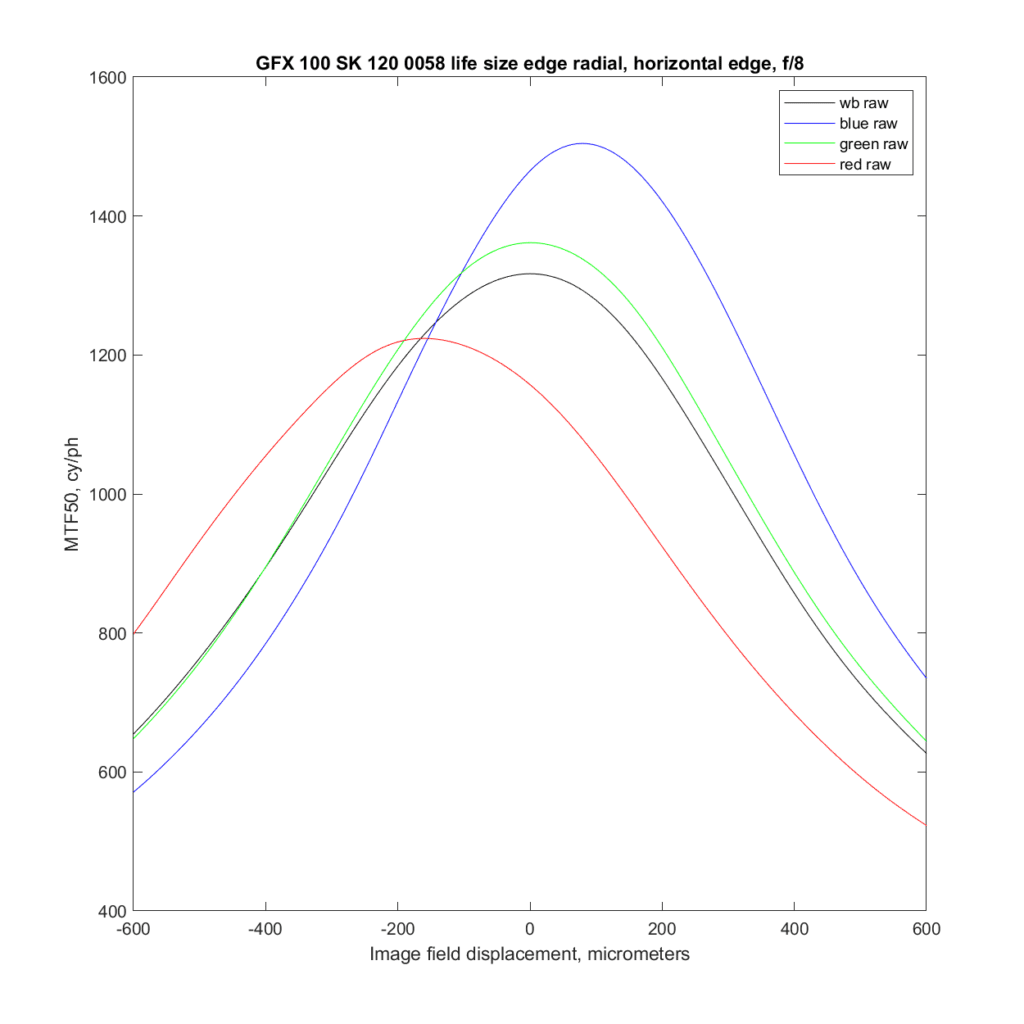