I’ve already reported on the great news that the Sony 135 STF (apodized) A-mount lens covers the GFX sensor with zero vignetting. Now I’m going to look at sharpness, both on and off axis, using a slanted edge and a Siemens Star for a target. 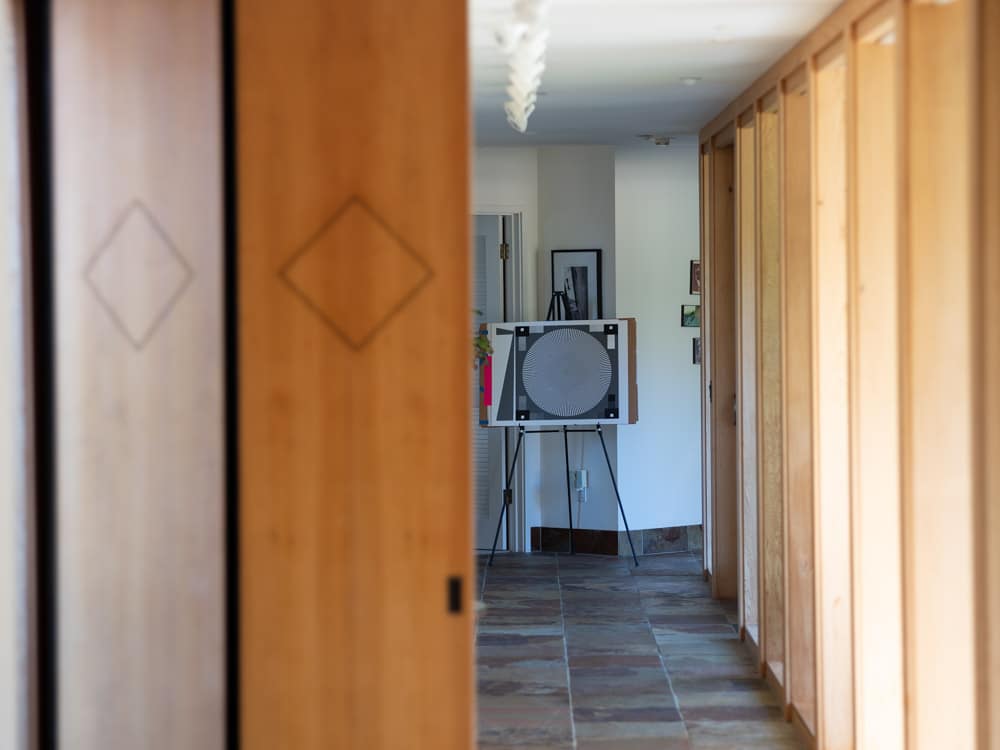 And here’s just the target area, as seen wide open with the GFX 50R, first in the center: 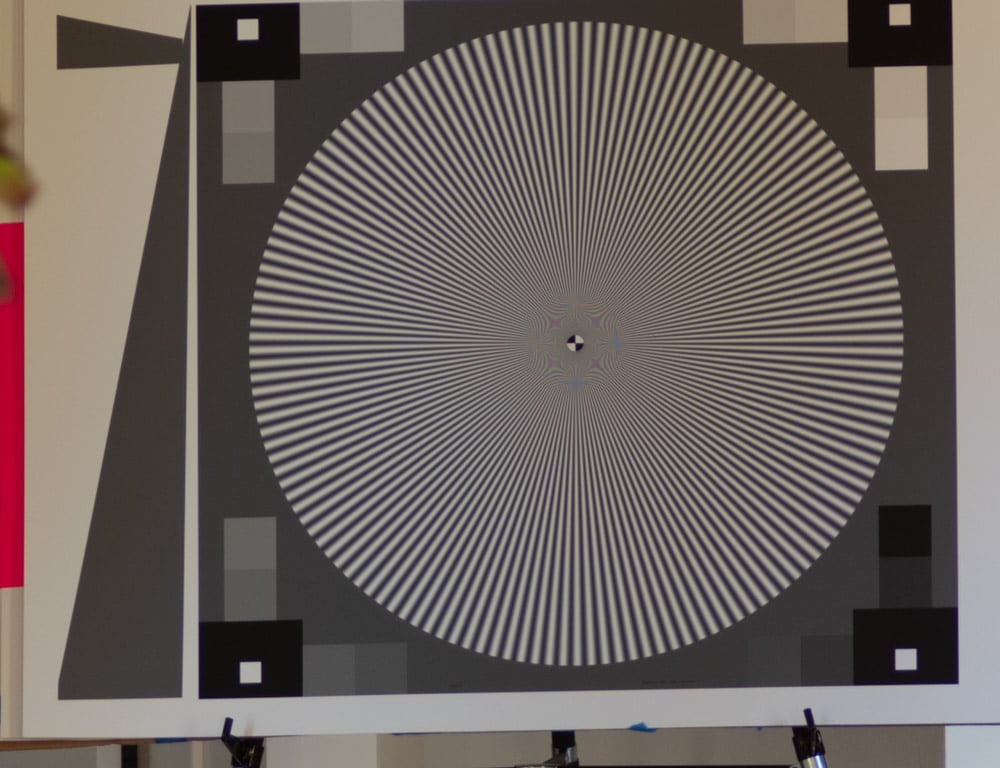 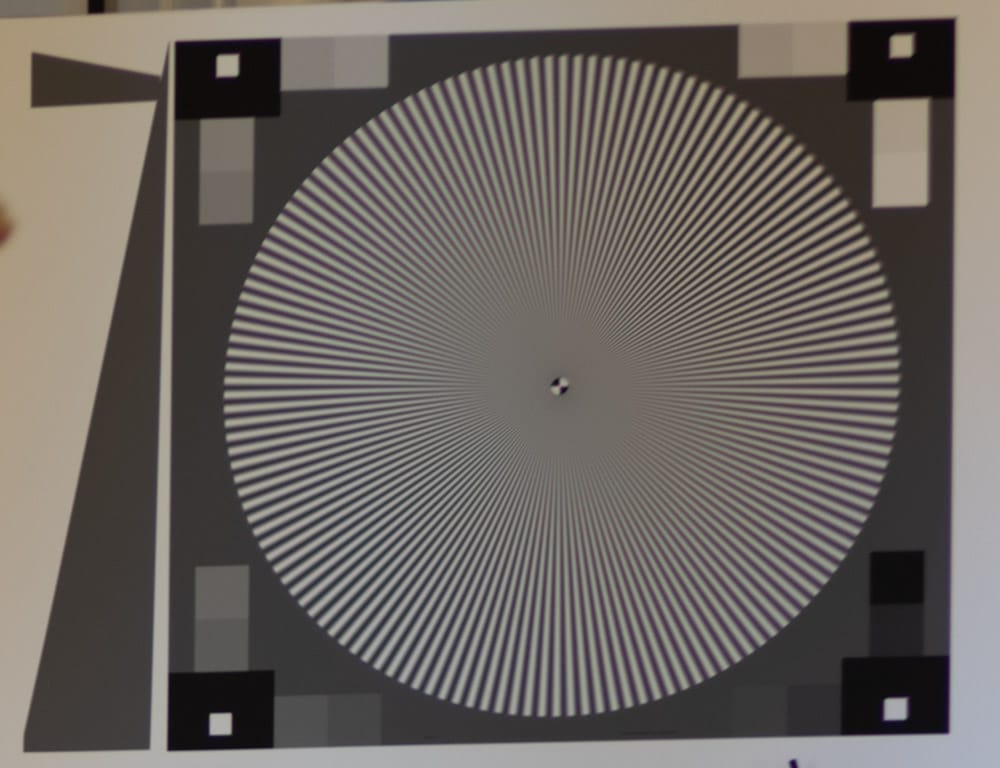 The slanted edge results in the center: 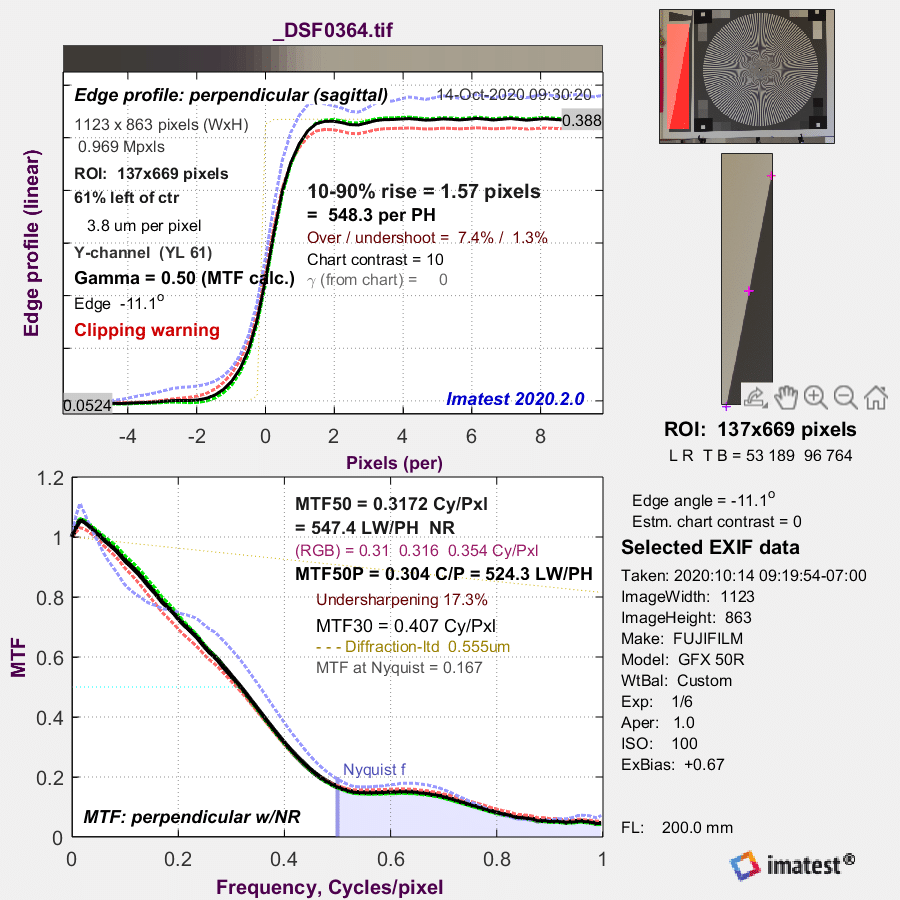 That is quite sharp. Lr’s demosaicing is providing a little sharpening, too. The small microlenses int he GFX 50x cameras are doing their part. 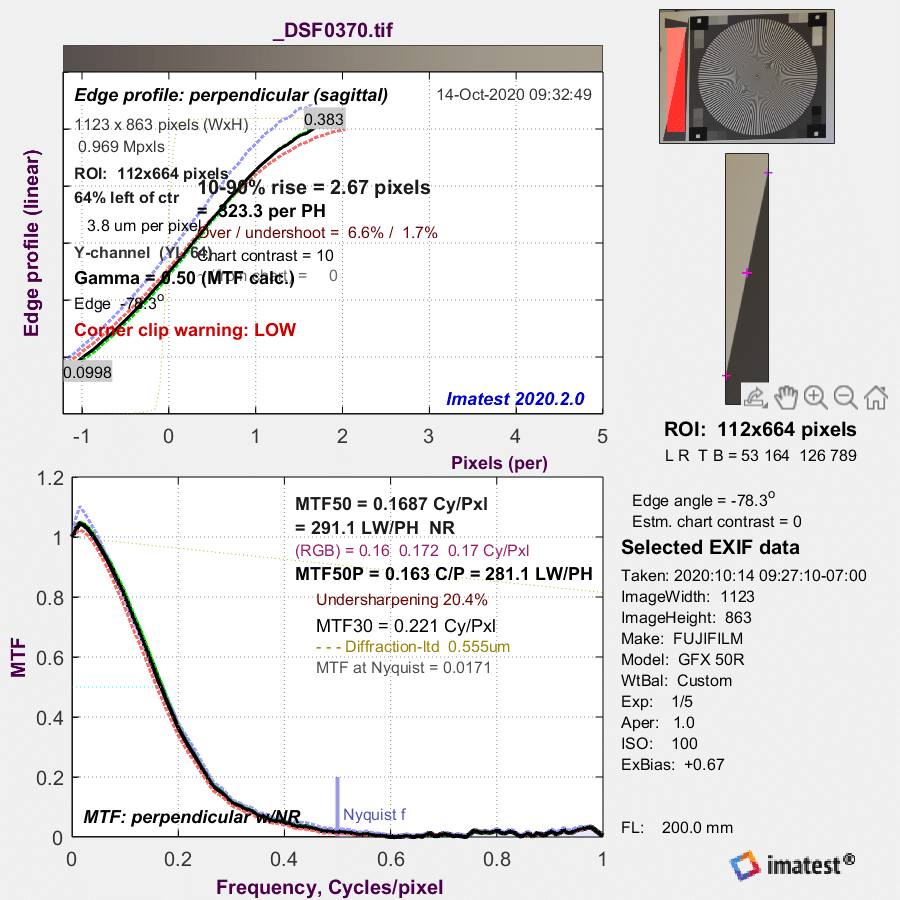 That is distinctly unsharp. But I suspect that corner sharpness is unimportant the way that most people would use this lens.

Now let’s look at how the sharpness varies with angle. First in the center: 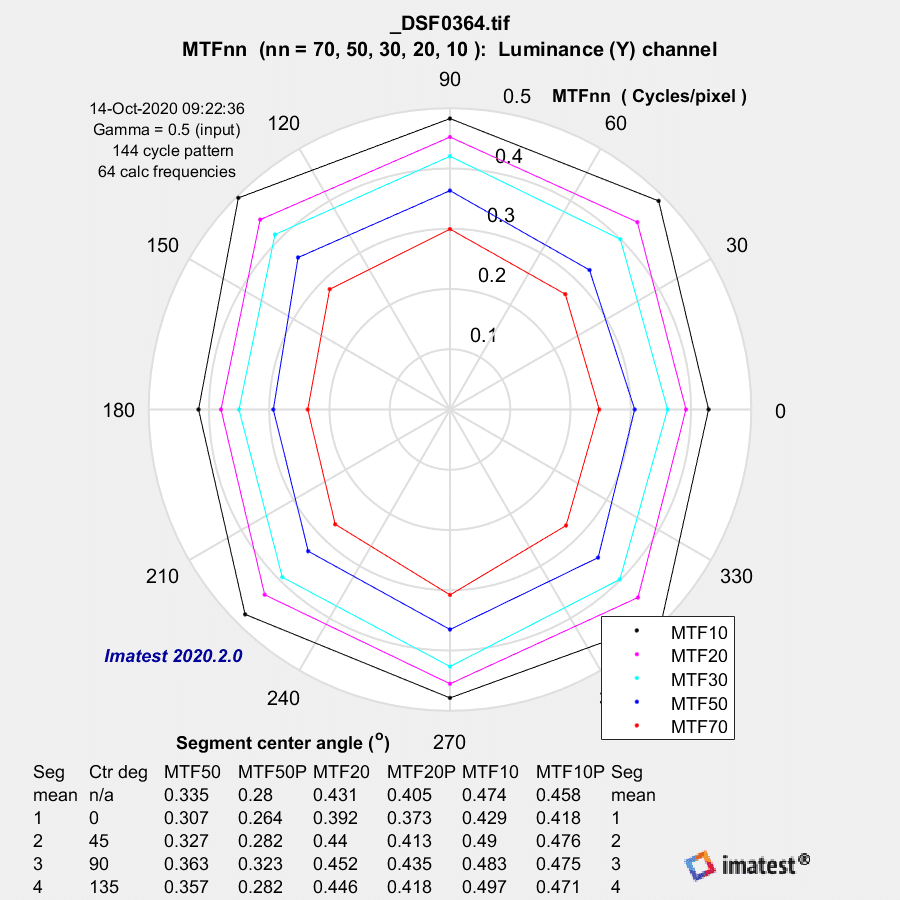 The lens is slightly sharper vertically than horizontally, but the differences are  small. 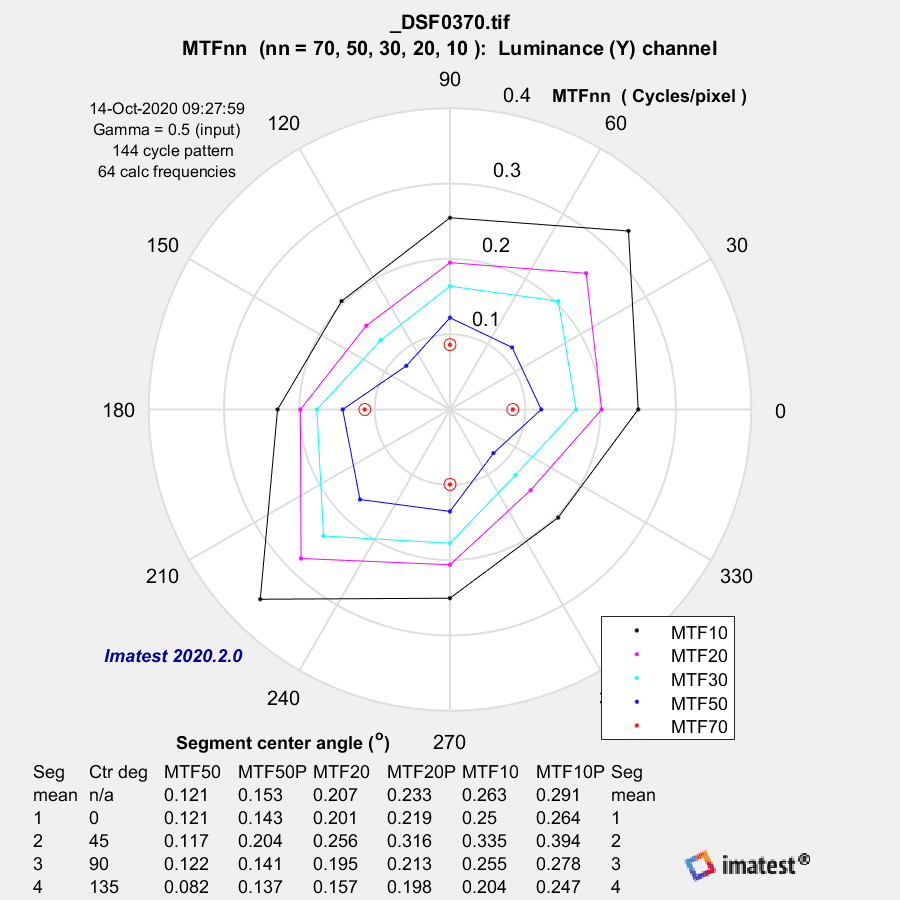 The lens is much sharper in the radial direction than in the tangential one.

We can see the same effect when we look at the MTF curves in various directions. In the center: 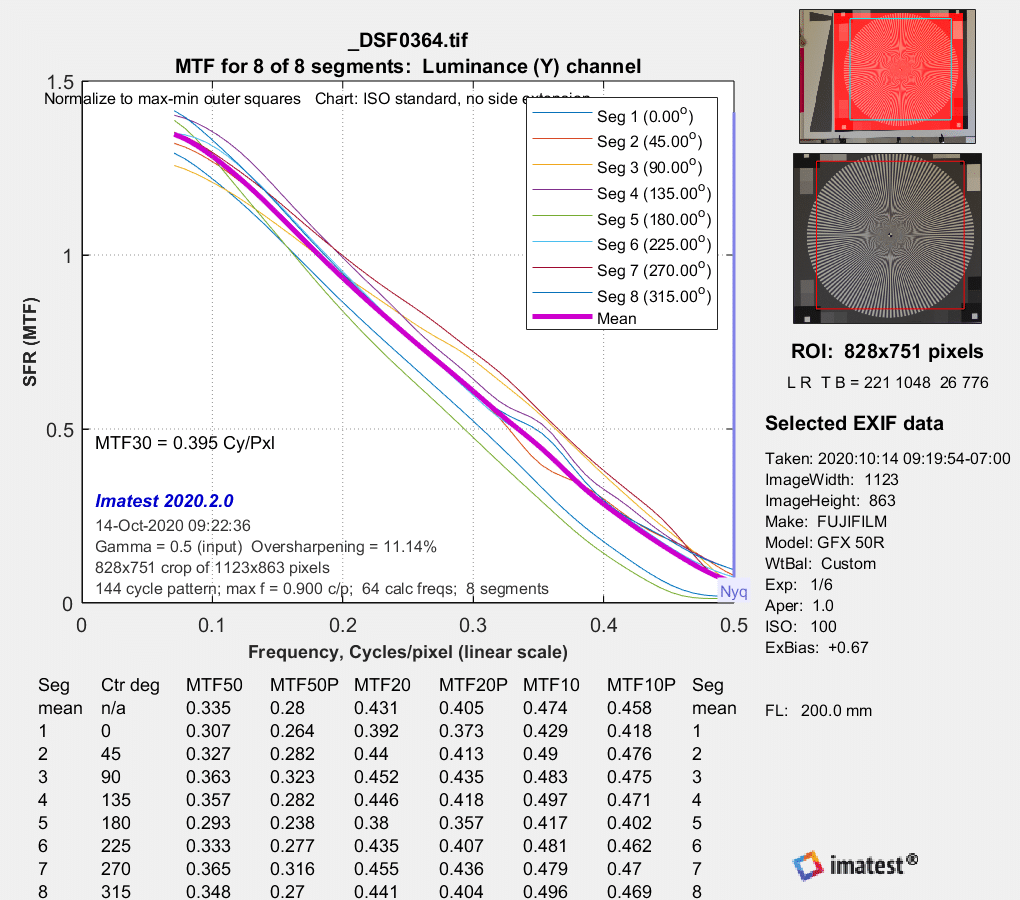 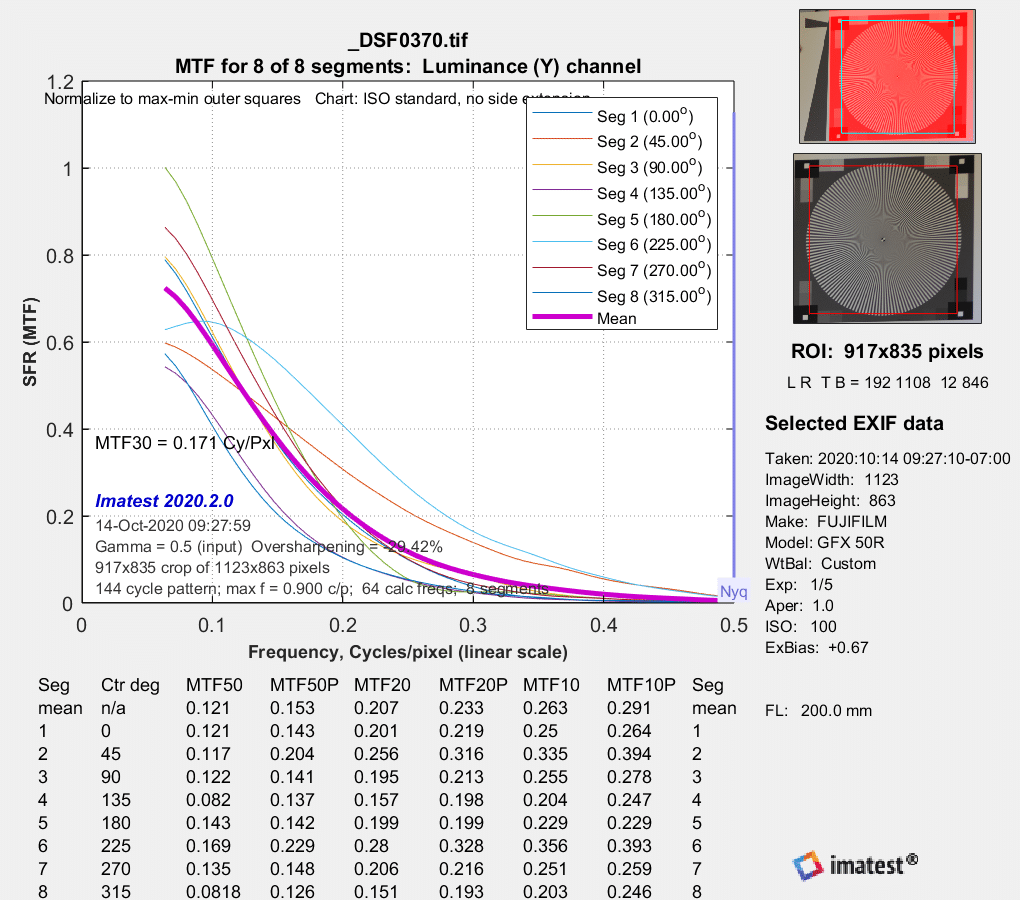 For completeness, I’ll include the new Shannon capacity curves. I’m still trying to figure out how best to use these. 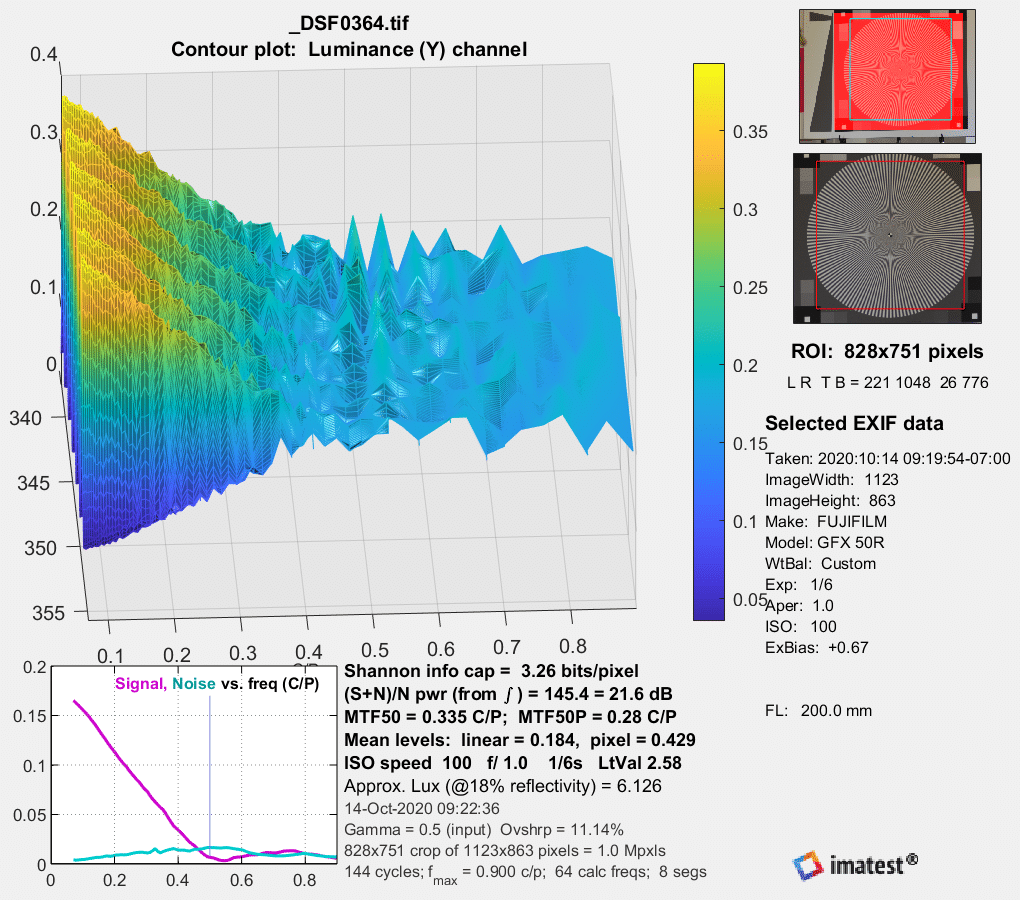 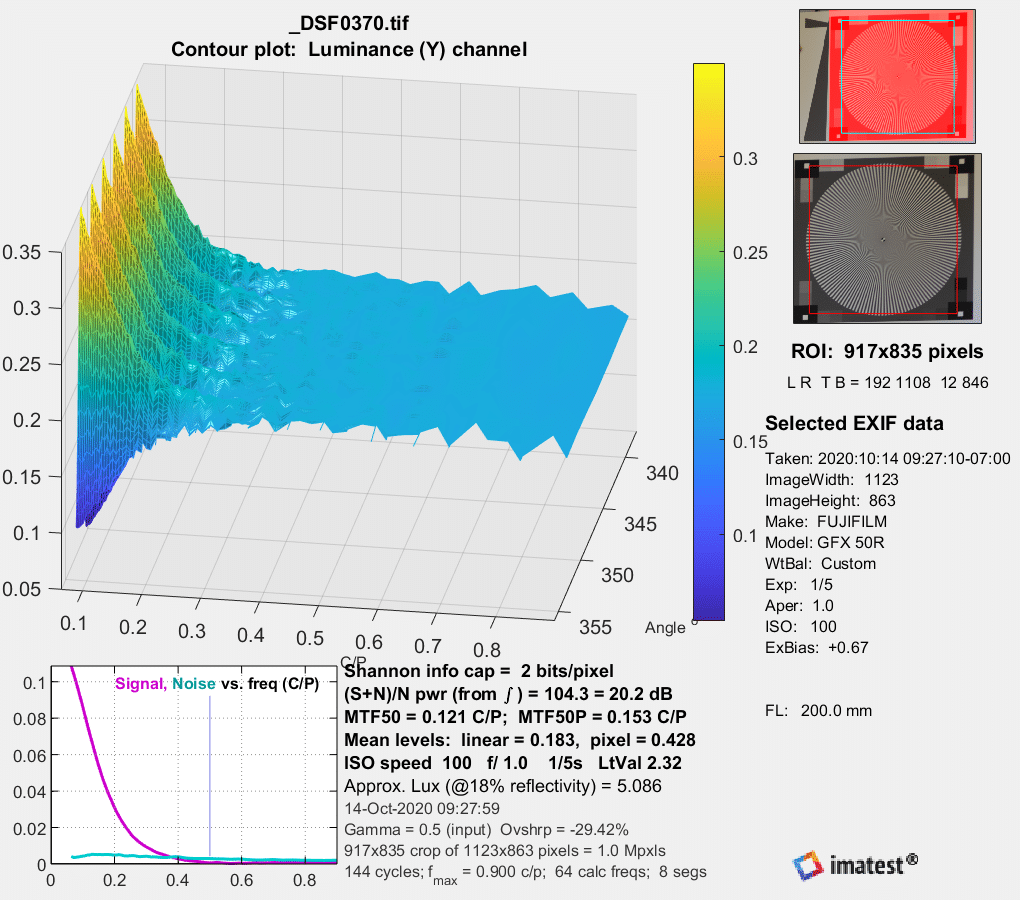 It looks to me that this lens will be fine for portraits. I’ll be doing some bokeh tests next.