There are two aspects to bokeh. The first is what things look like when they are well out of focus (OOF), and the second is how the transition from OOF to in-focus happens. The second is complicated, but the first is very simple. What you see when part of the image is well OOF is each point in the image times the OOF point spread function (PSF, in this case, aka bokeh balls). So you can understand what the bokeh in the OOF regions is gonna look like by looking at the OOF PSF across the frame.  After you’ve looked at a few of these images that I’m going to show you here, you can see how the deep-OOF bokeh of just about any lens is going to look like with just about any scene.

The technique that I used to obtain the images below is explained here.  I just moved the camera around and captured the PSFs all over the frame, then assembled them in Photoshop. 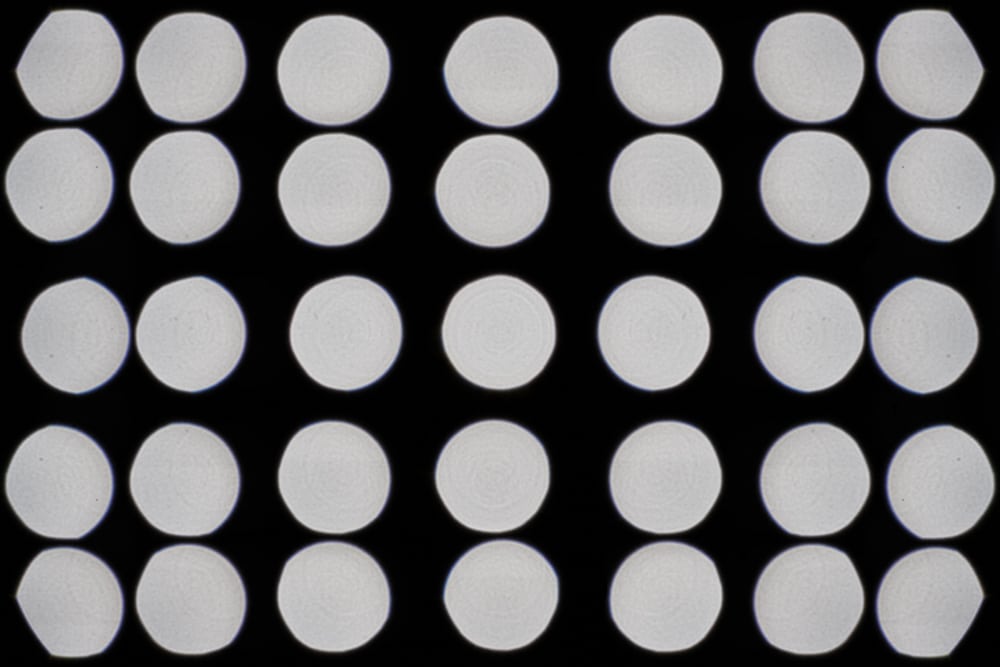 There is hard clipping of the PSFs in the corners with a radius much longer than that of the circle. There is gradual clipping of the outside of the PSFs with a radius shorter than that of the circle. These are both cases of what’s called mechanical vignetting, which occurs when non-transparent parts of the lens or camera block part of the light path. The PSFs themselves look well behaved: they are fairly flatly illuminated. There is some onion quality to them, which may be the results of machining marks on the molds for aspherical elements (the lens has three such elements), but it is mild. 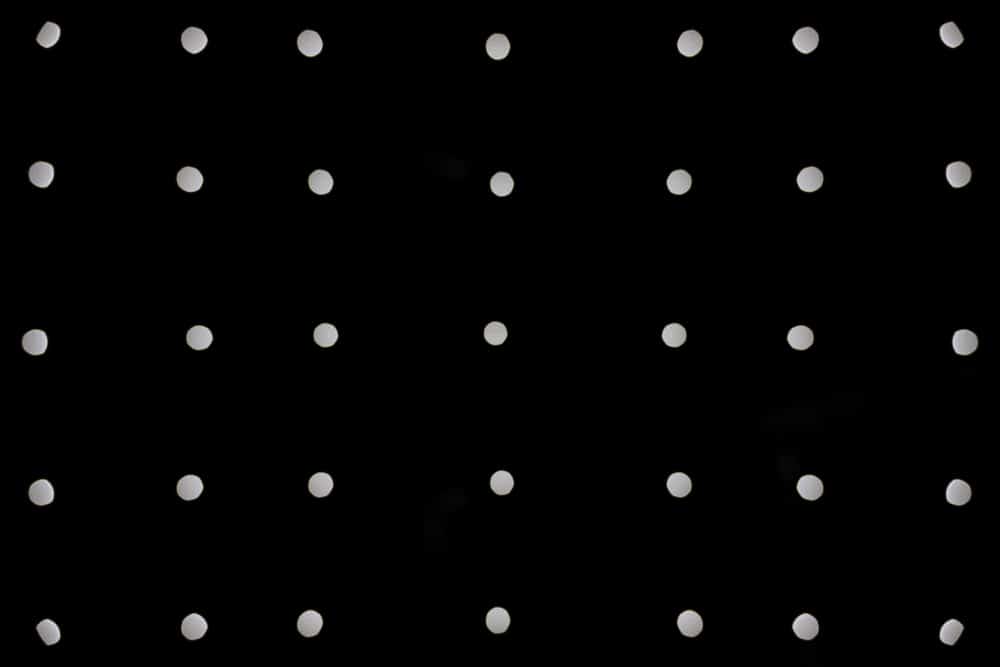 We still see the mechanical vignetting at the corners. But there’s a new effect: the PSFs gradually darken as you move away from the lens axis. There is also a bright line around the inner part of the far-off-axis PSFs.

At 24 mm, bokeh is not going to be this lens best feature. On the other hand, you’re not going to see much bokeh at 24 mm with an f/4 lens. 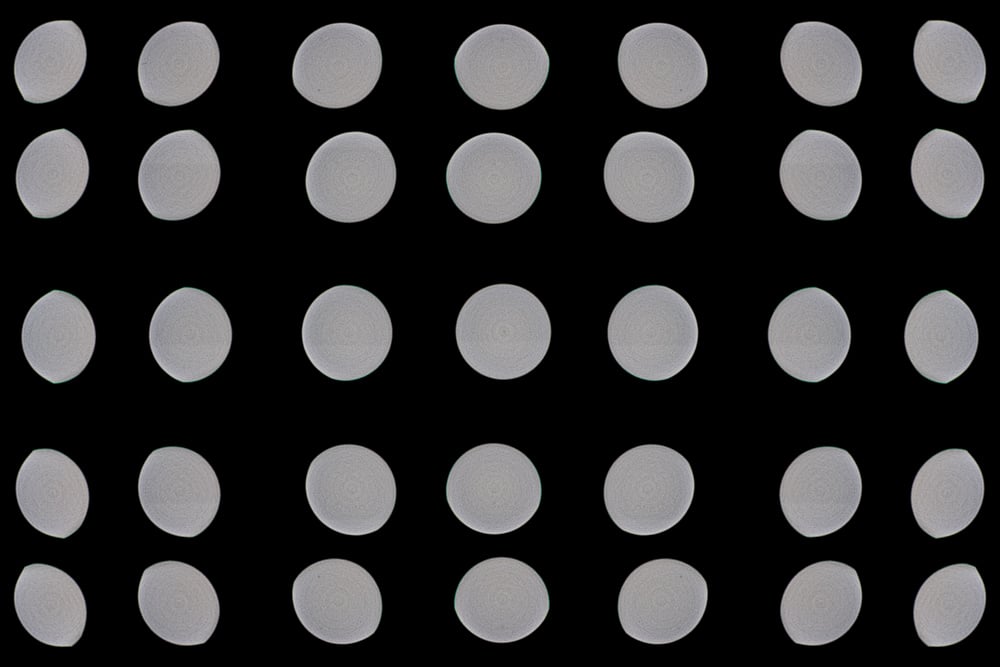 At f/1.8, this lens doesn’t do quite as well as the 27-40 did at f/4 and 70 mm. The performance is credible, though. The PSFs are nice and flat, and there is none of that tapering off of illumination away from the axis that we saw in the 24-70 at 24 mm. Some onion rings are visible, but they are moderate.