Yesterday I reported on some anomalous behavior in the Nikon Z7 engineering dynamic range (EDR) vs ISO setting curves. Bill Claff has suggested that this is the result of a firmware bug that affects the scaling of the raw images, and has further suggested that there are clues in the dark-field histograms. I usually look at histograms when I get a new camera, so it was easy for me to move that activity to the forefront, and the result is what I’ll show you in this post.

These are all from dark-field images of the back of the body cap, made at 1/1000 second, in single-shot shutter mode, with the electronic shutter (which gives the cleanest images). All image processing was turned off. The file format was 14-bit losslessly compressed raw. 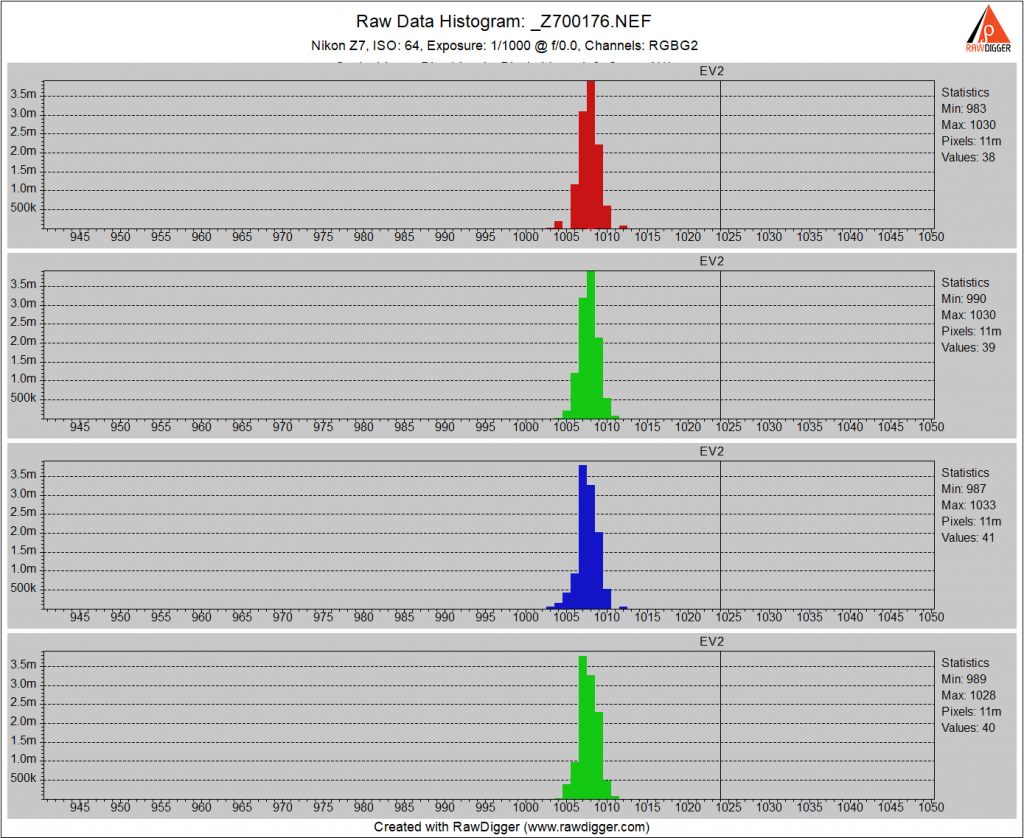 This looks normal for a Nikon, including the gaps in the blue and red channels that are caused by Nikon’s white balance prescaling. 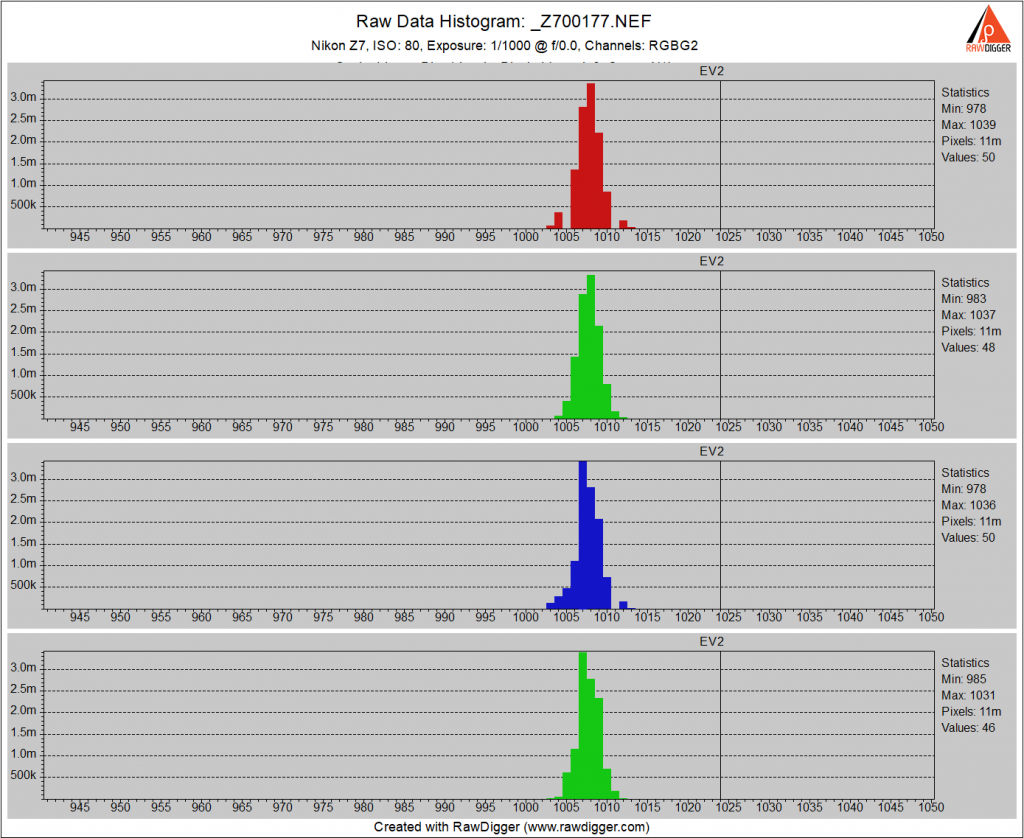 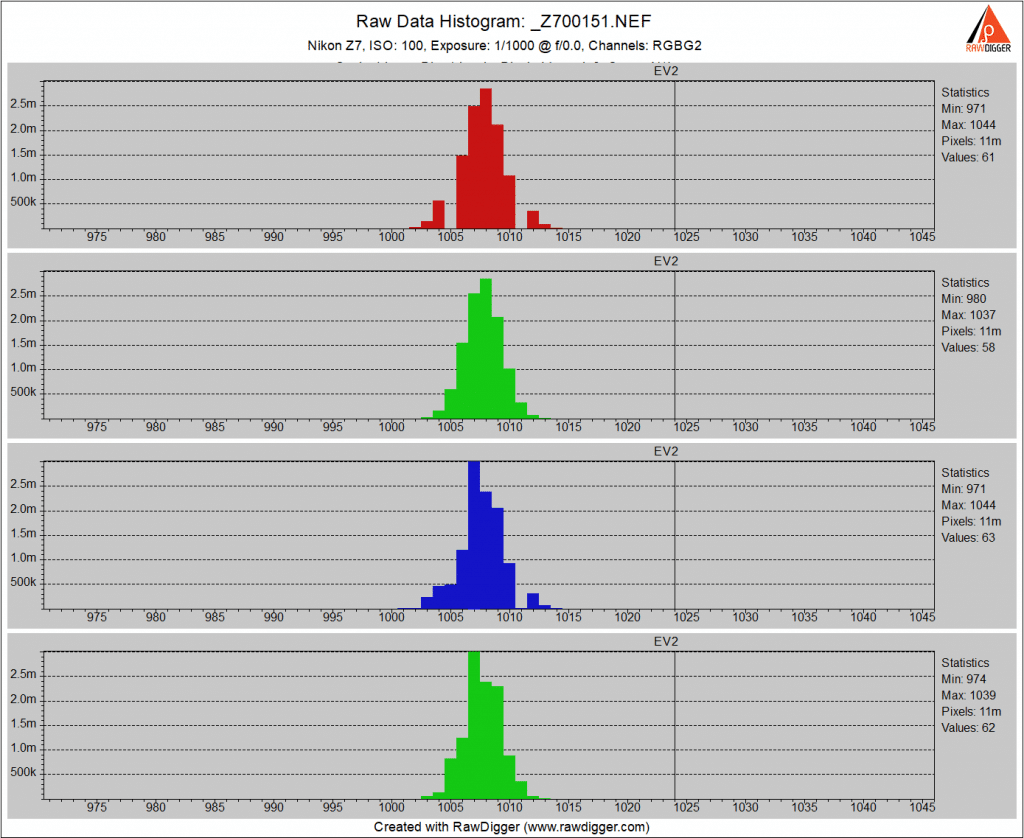 This is the last normal one for a while. 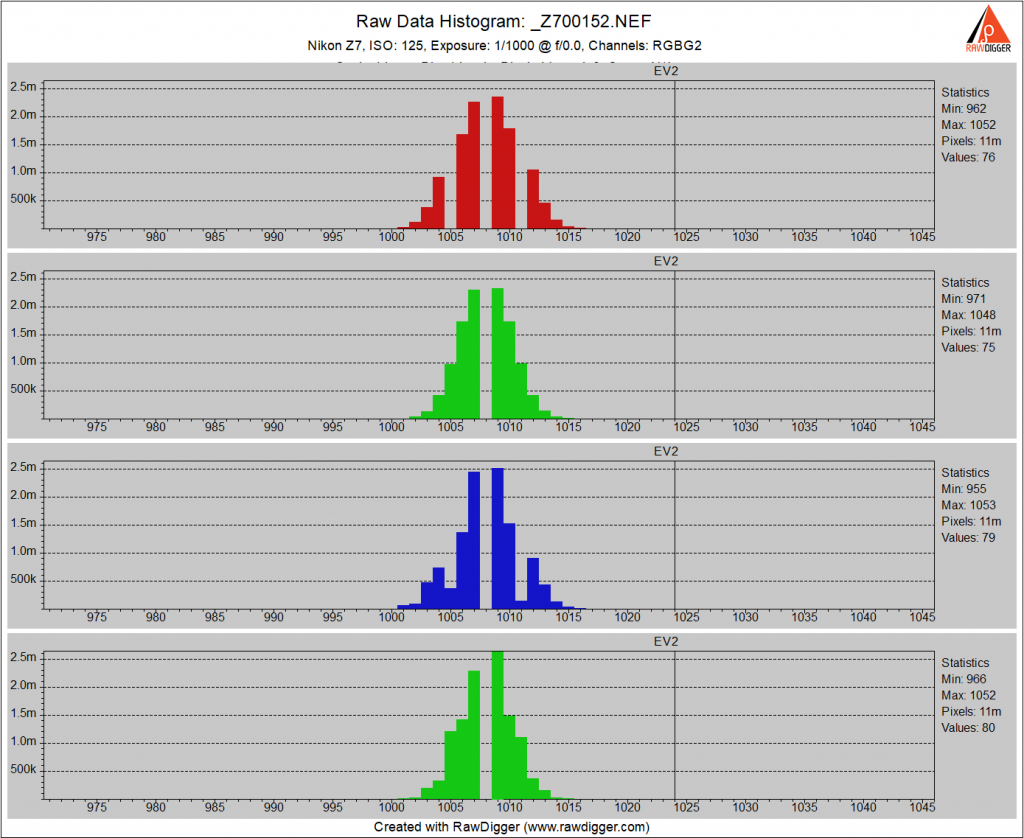 See that hole in the middle of the histogram for both green channels? That is distinctly abnormal and bears the fingerprints of digital processing. 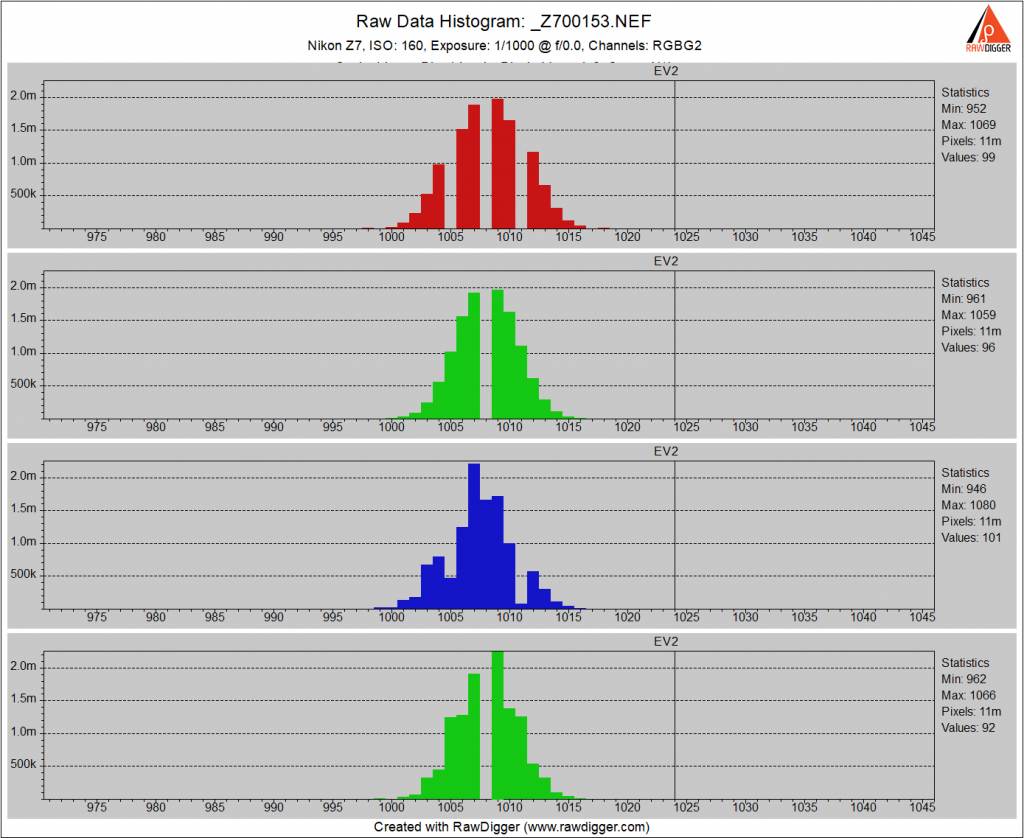 We’ve still got that hole. 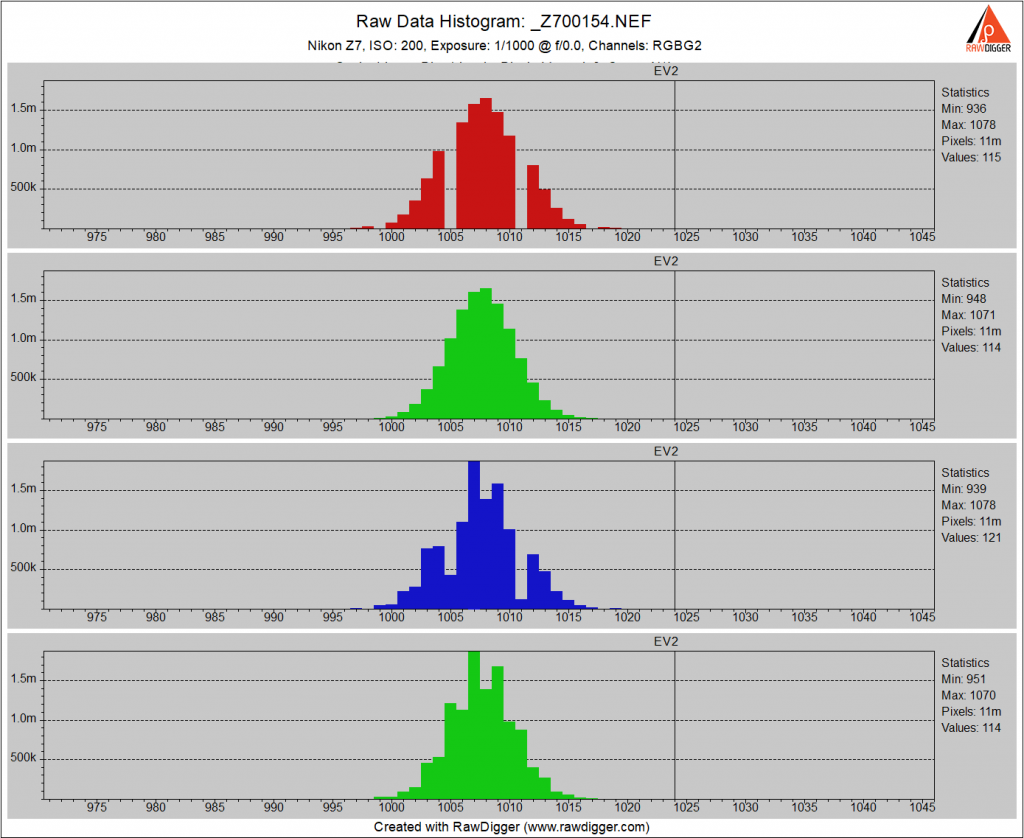 Now it’s gone. The G1 channel looks lumpier than it should, though. 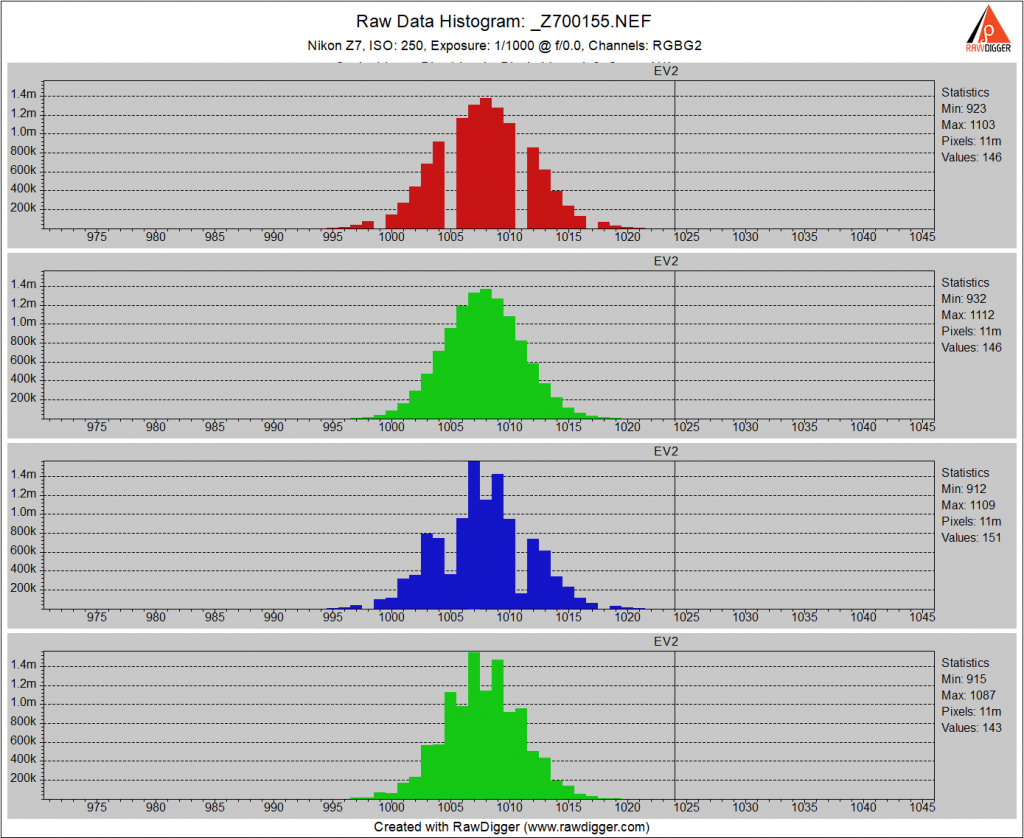 Still gone; G1 is still lumpy. The blue channel is lumpy, too. I suspect that both of those have something to do with the on-sensor PDAF in the Z7. 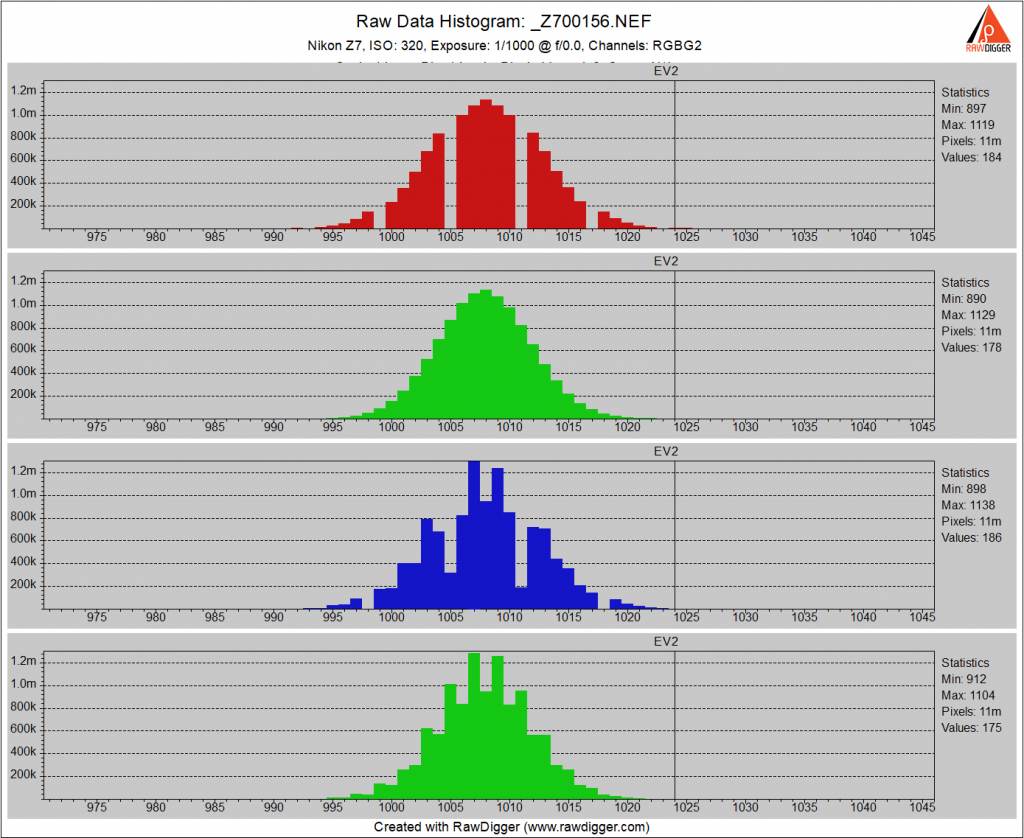 ISO 400, which is the first ISO setting with the increased conversion gain with the Z7: 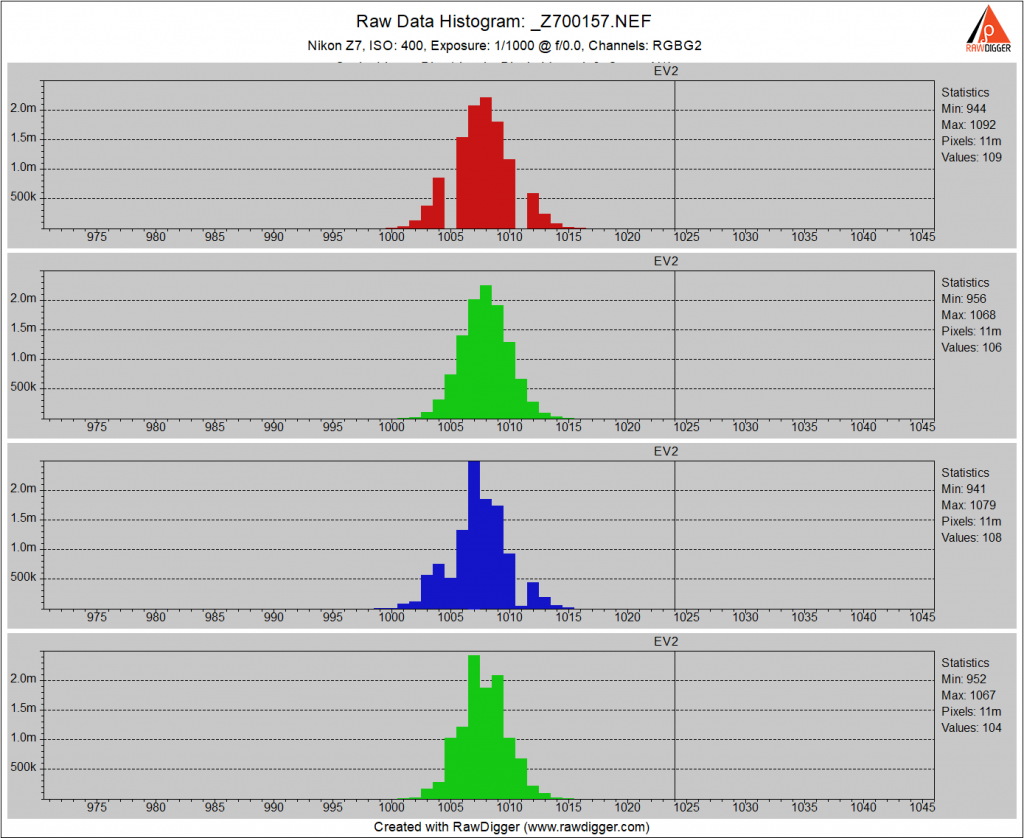 There is less noise. There is no gap, and the G1 and B channels are still lumpy. 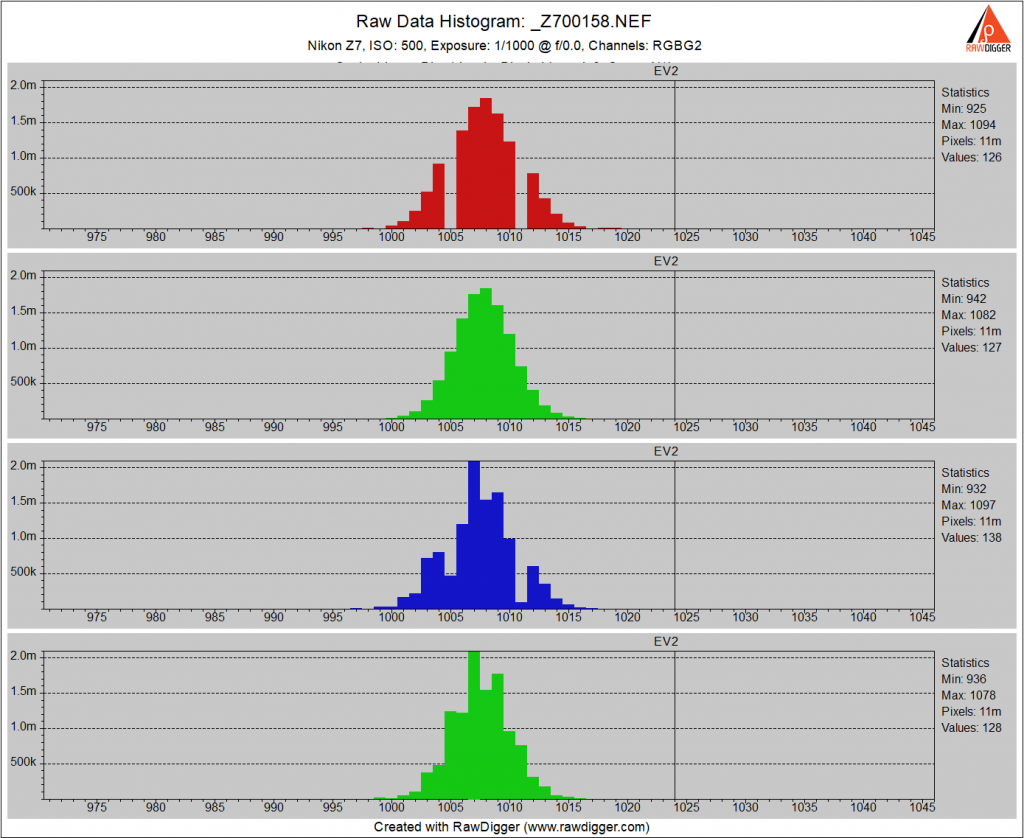 Looks similar to ISO 400. ISO 500 exhibited a bit lower EDR than it should have in yesterday’s plots, but I can’t see why from that histogram. 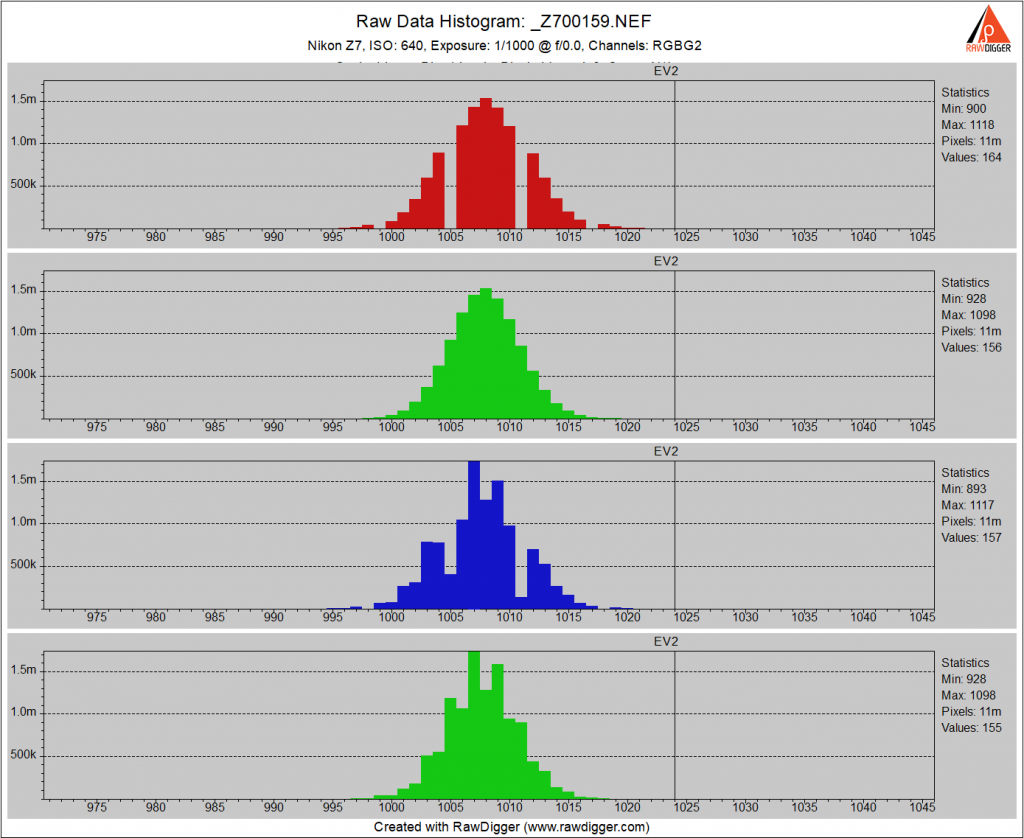 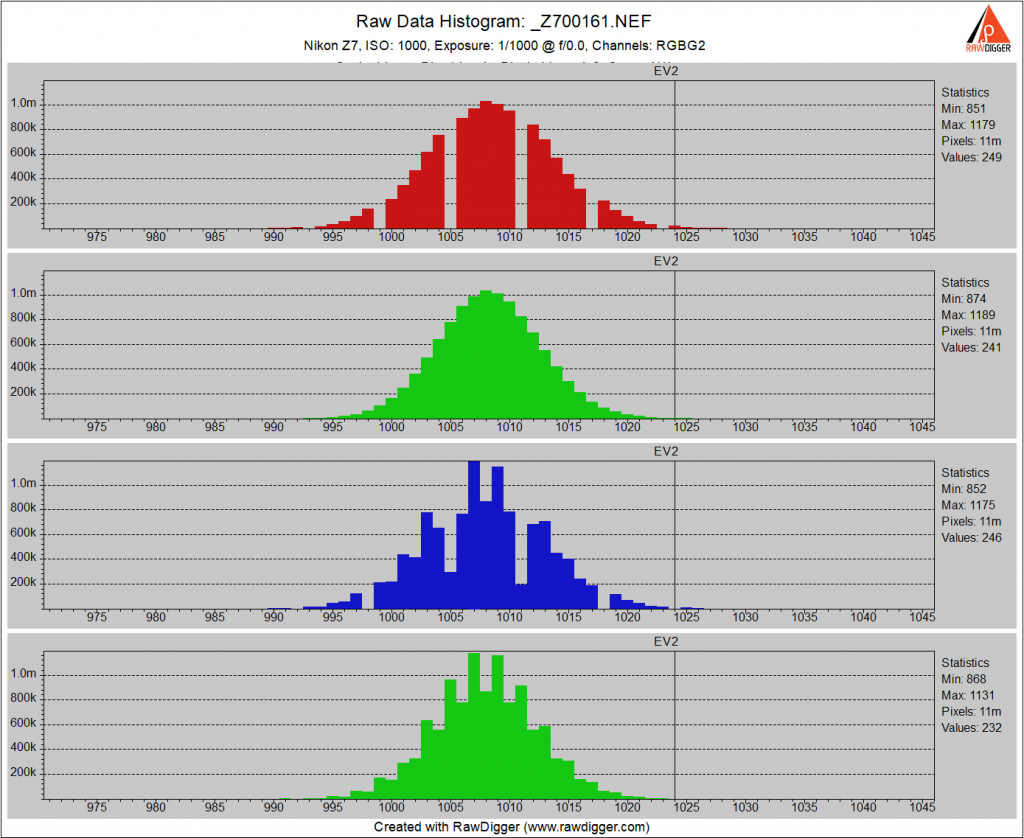 What passes for normal with this camera. Now ISO 1250: 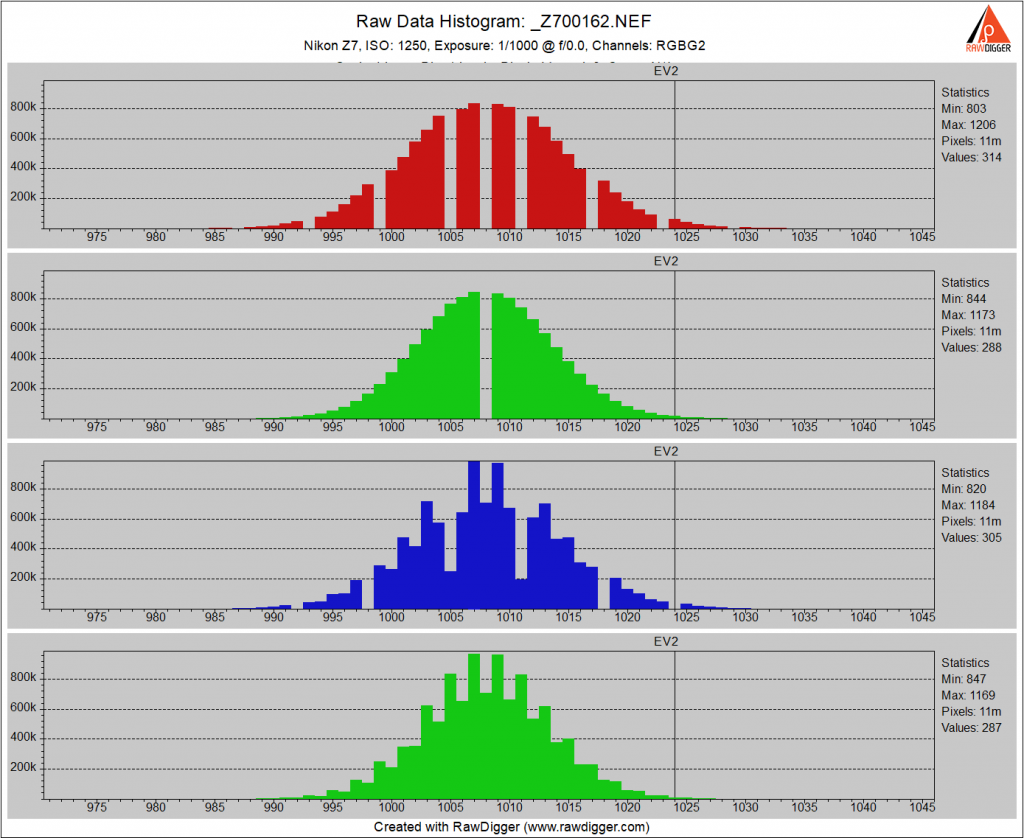 We’ve got the dropout in the middle of the G channel histo again. 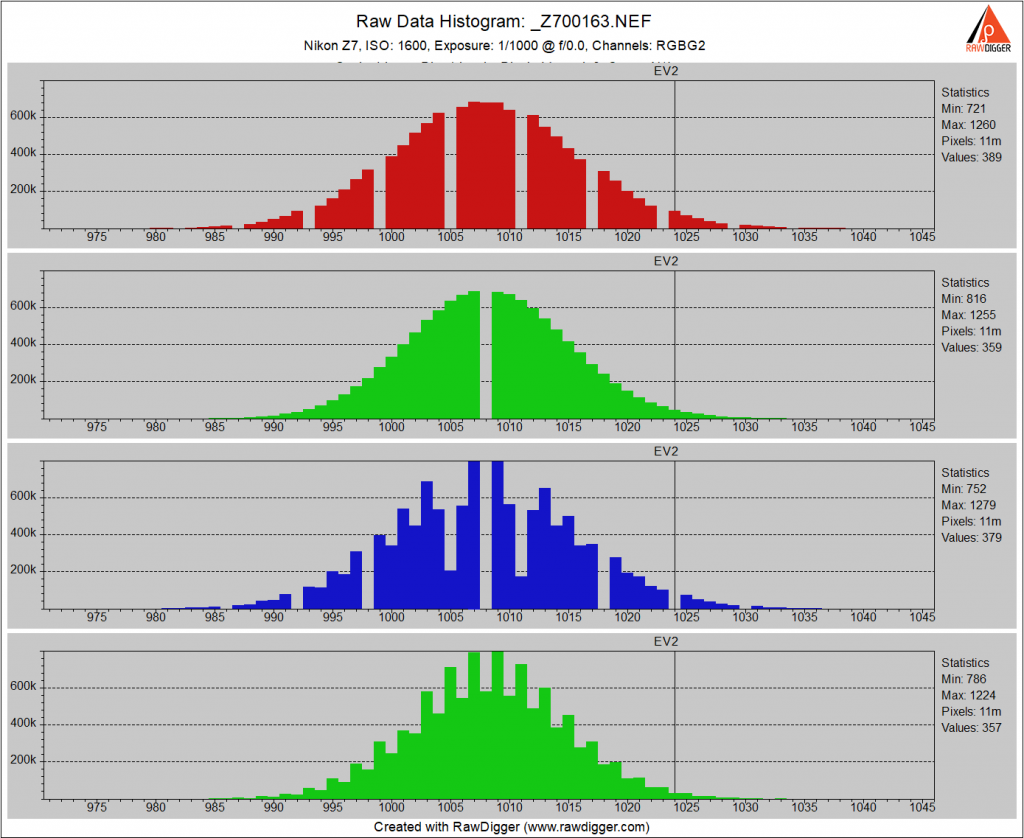 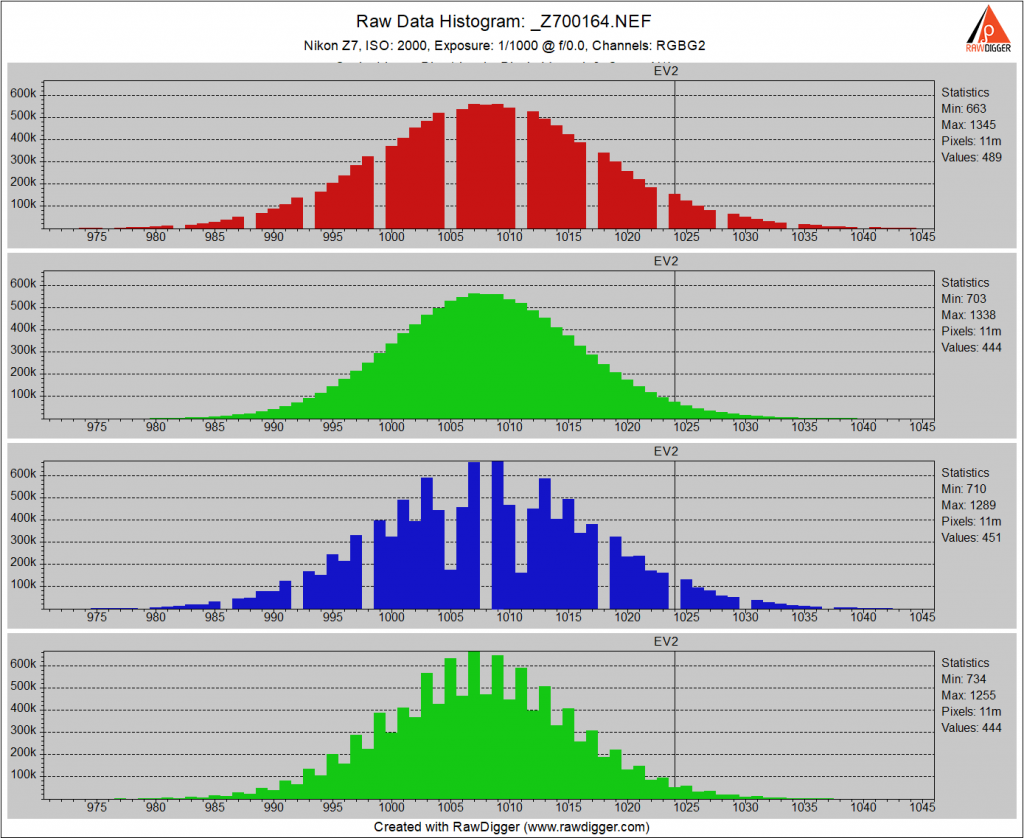 I’m going to change the x-axis scale for the rest of this series. 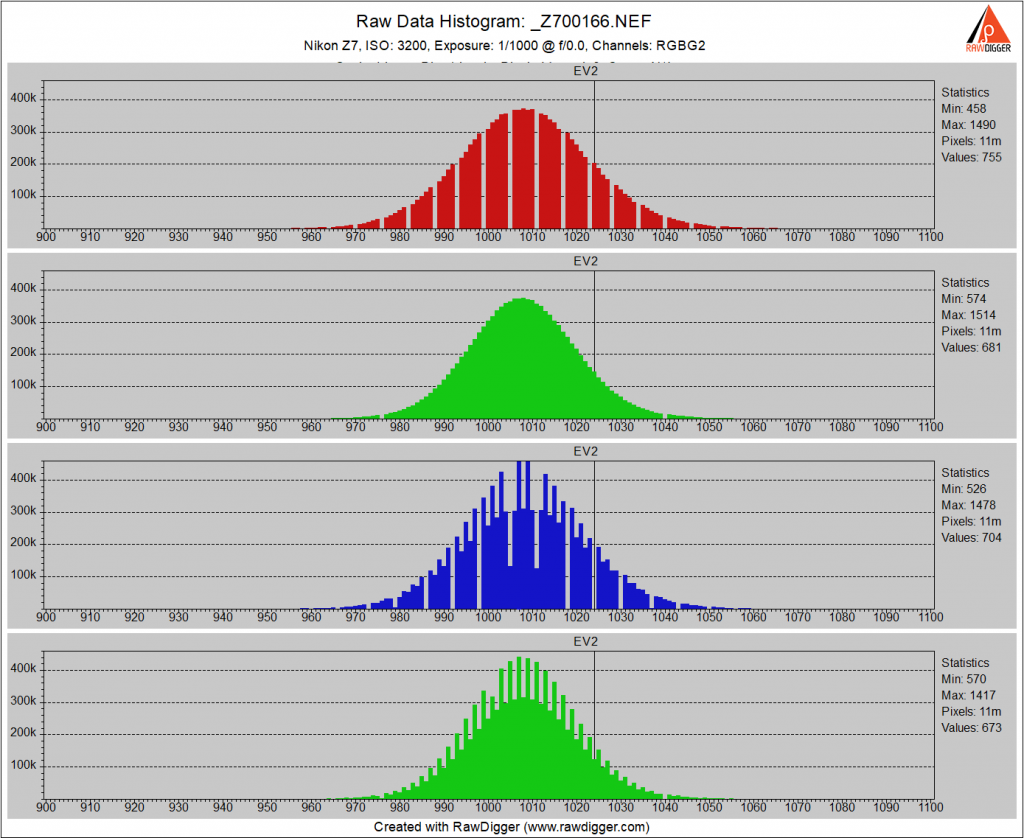 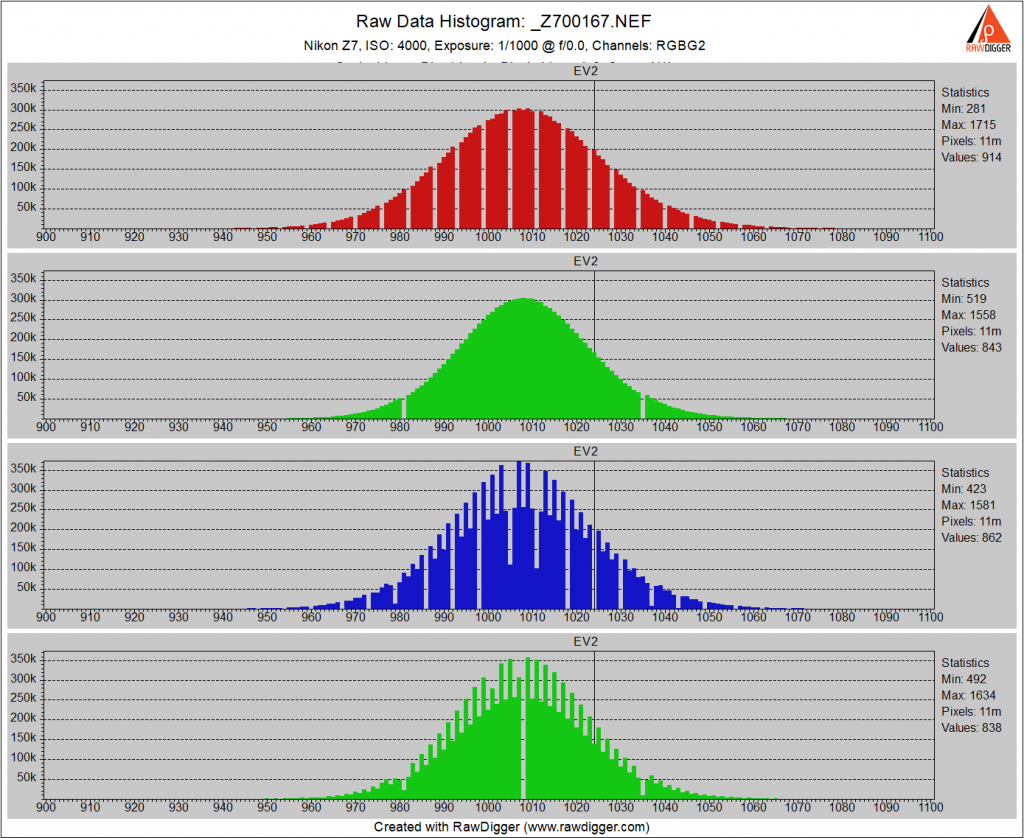 But at ISO 4000, we’ve got a G2 channel dropout in the middle of the histogram. 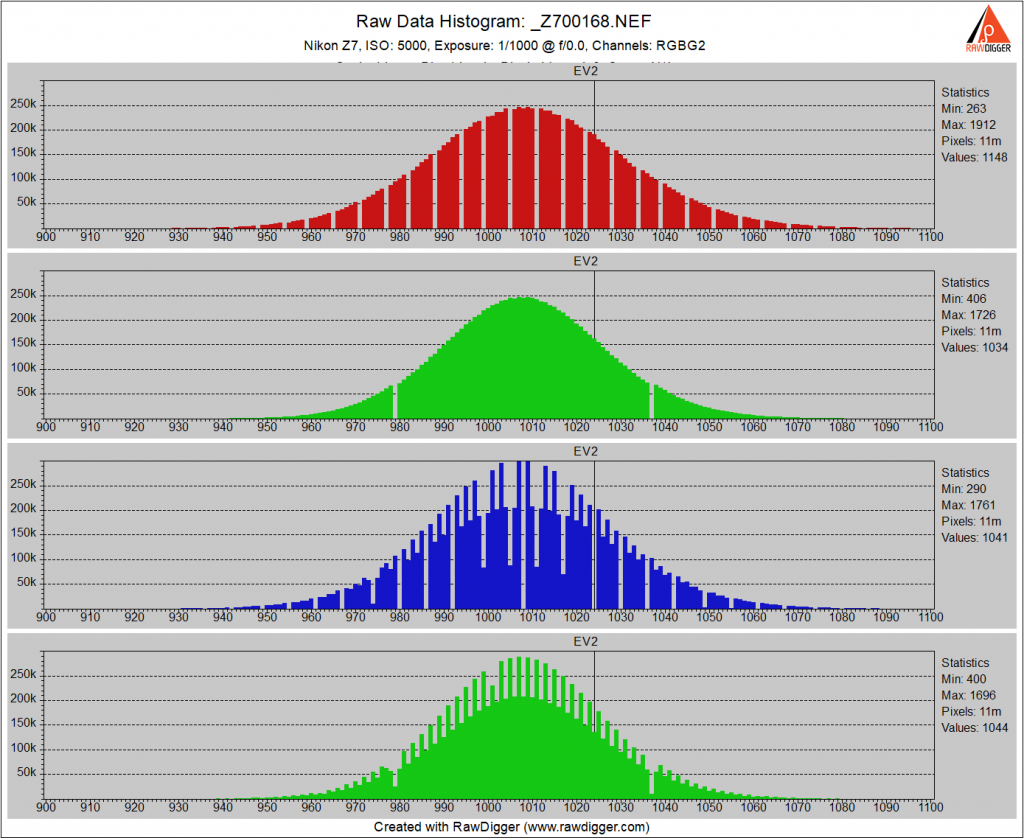 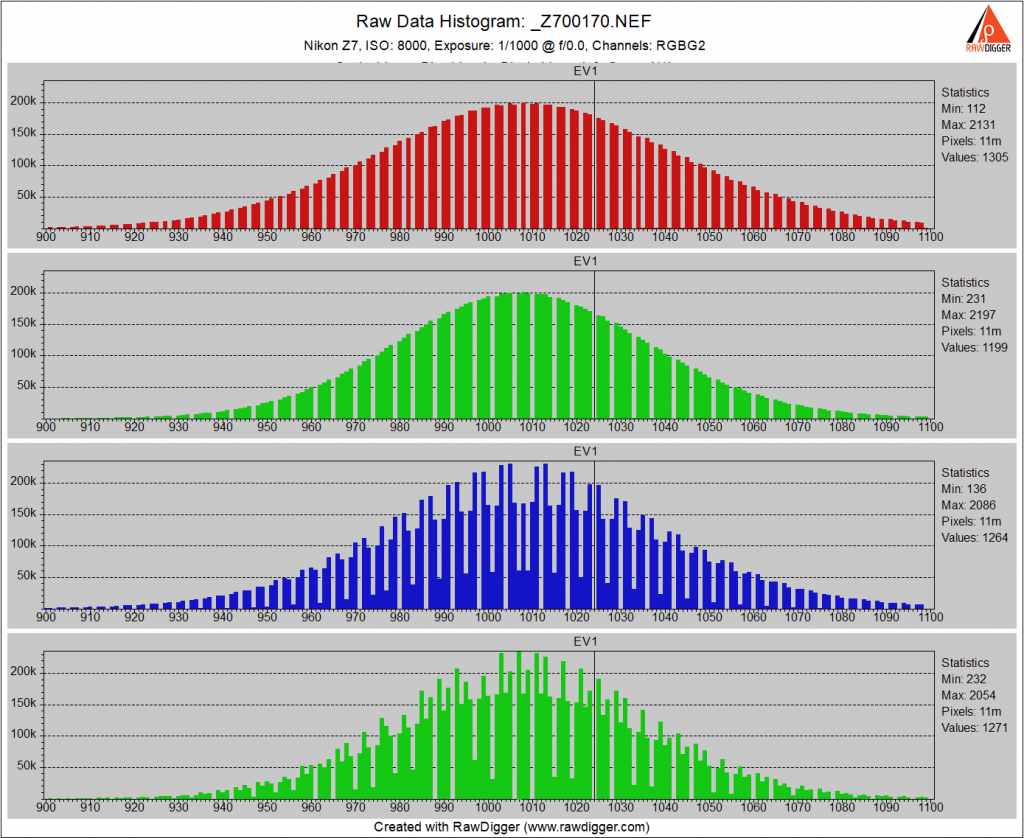 At ISo 6400, we have the first evidence of comprehensive digital gain in the form of gaps in all the channels. I disapprove.

Things go from bad to worse as the ISO goes up. 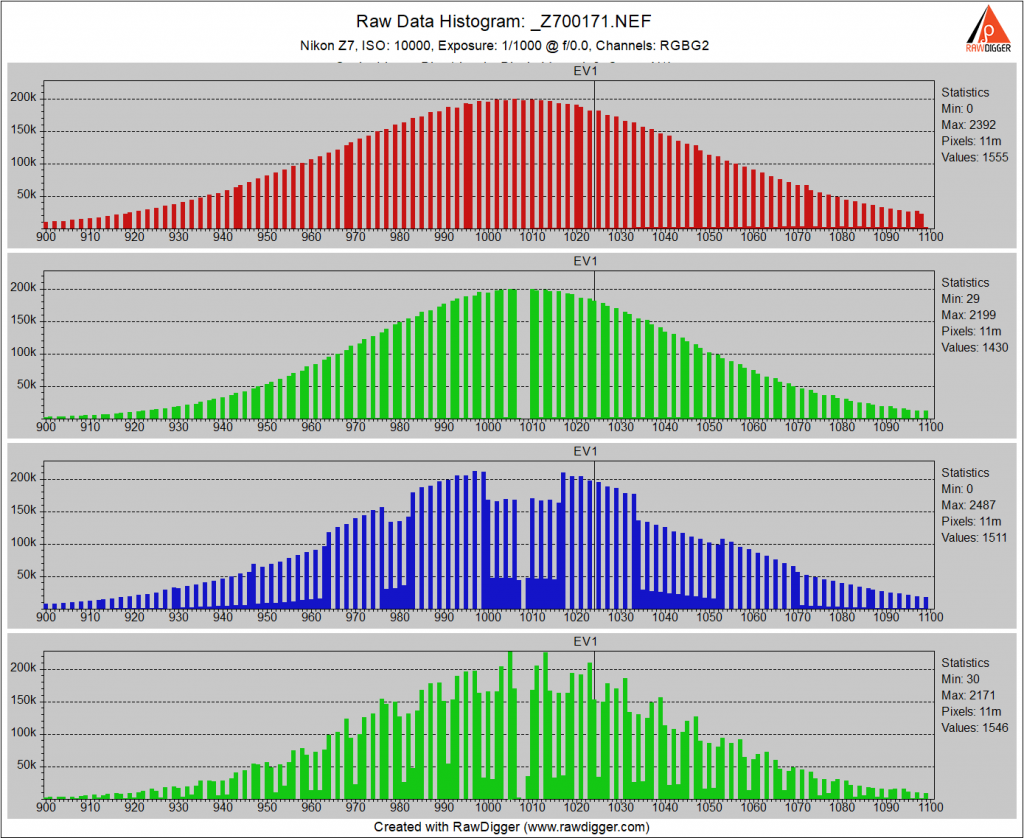 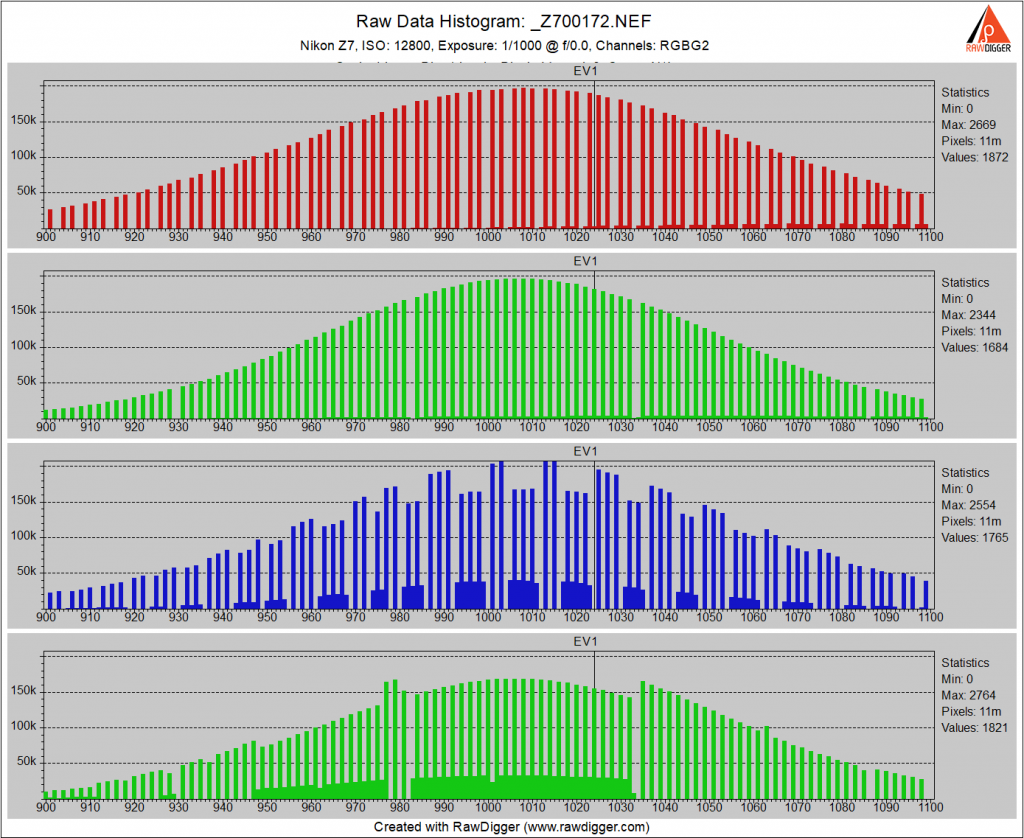 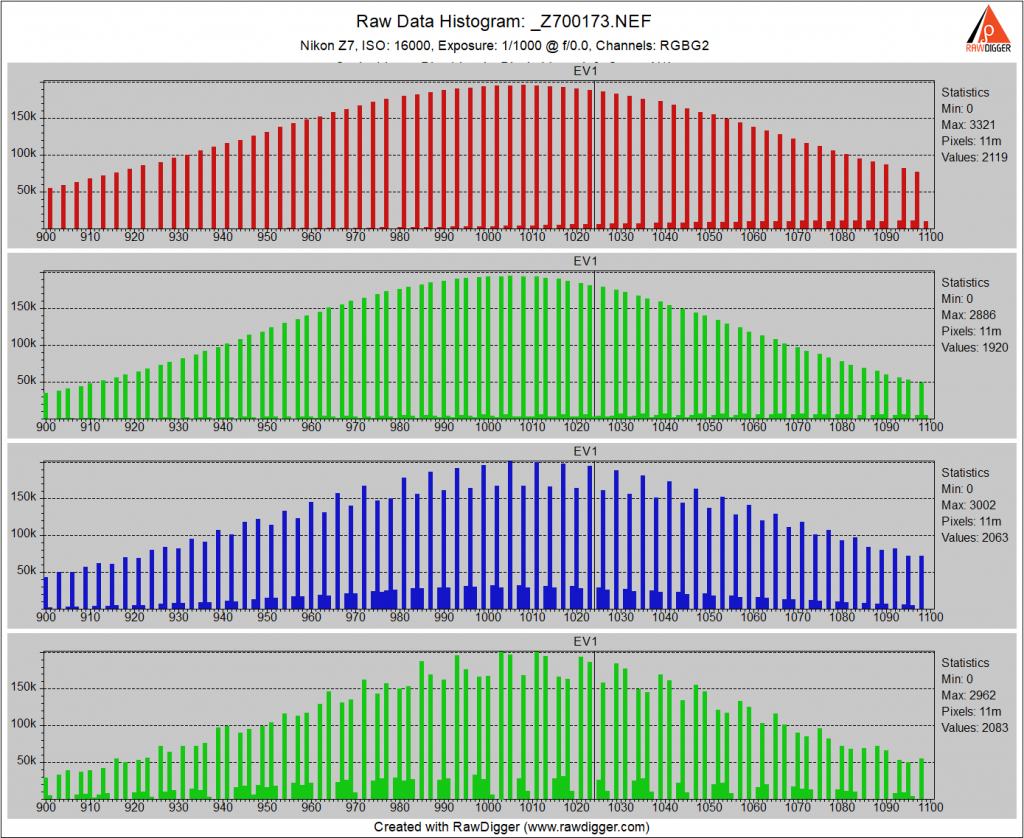 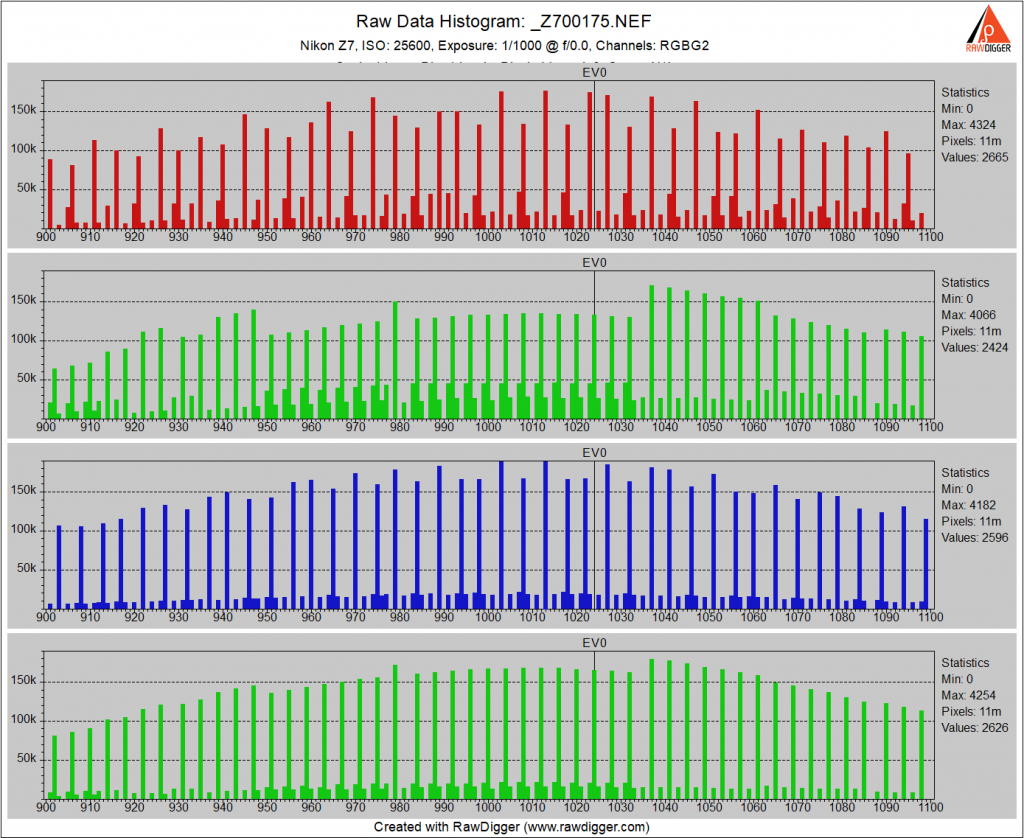 I don’t think any of this is going to affect real-world photography, except maybe the decreased EDR at ISO 125 and 160, but for camera geeks like me, it’s interesting.