The Z7 has a setting called “diffraction compensation”. Nikon is pretty cagey about what it does exactly, but it’s supposed to compensate for the effects of increased diffraction as you stop your lens down. Does it affect raw files? When the camera came out, there were people that said that it did. I hoped it did no such thing, because I don’t want the camera do to raw files things that could better be done in post-production.

Finding out has been hanging around on my to-do list, and I made an aperture-series of exposures of a slanted edge with the 35mm f/1.8 Nikkor Z. ISO 64, EFCS on, manual focusing before the first exposure of the series, and no change to focus from there on. I demosaiced the files in dcraw and looked at the MTF50 values for a horizontal edge using Imatest. 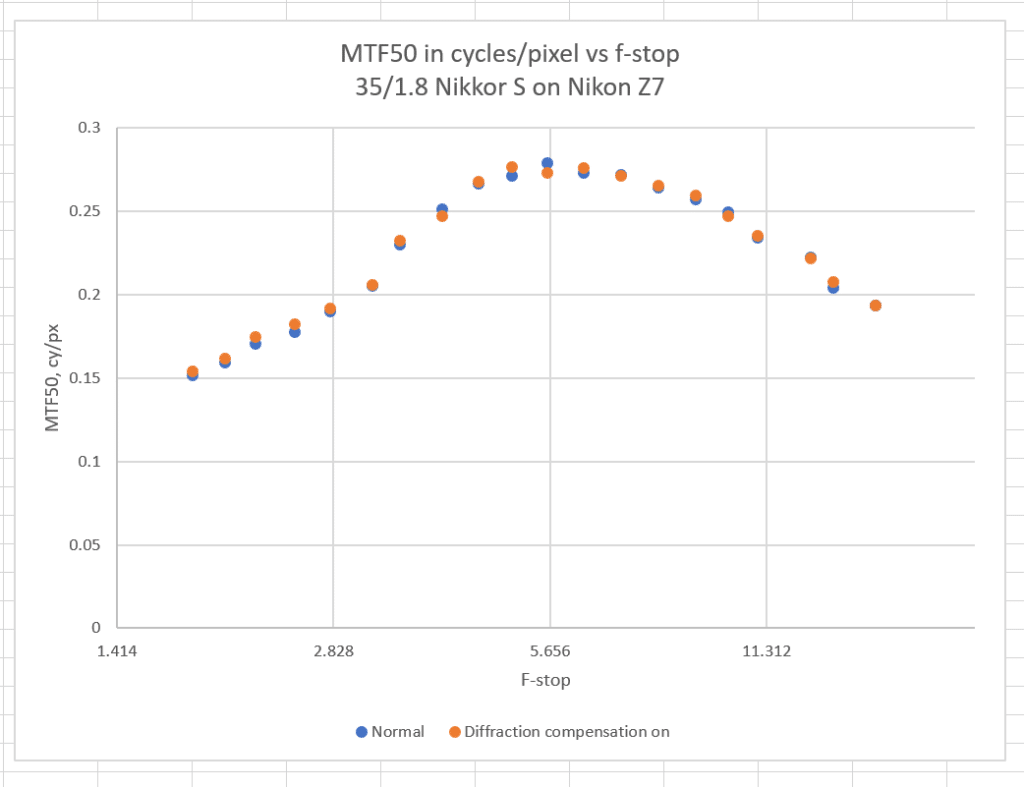 You can rest easy, folks. Diffraction compensation does precisely nothing to raw files.

Testing note: I would expect this lens to peak at an f-stop wider than f/5.6, and it probably does. I suspect that I missed the focus by a little bit, and/or focus shift is in play.

Irritated tester comment: I absolutely hate the way that the Z7 does focus by wire, and I hope they fix that in firmware real soon.