There have been reports that the Z7 finder image is dim in low light. I did a test. I went into my former darkroom, now a small-scale studio, and set the camera on the stand with an Otus 85/1.4 mounted to it with an FTN adapter. Here’s the setup, with the lights on: 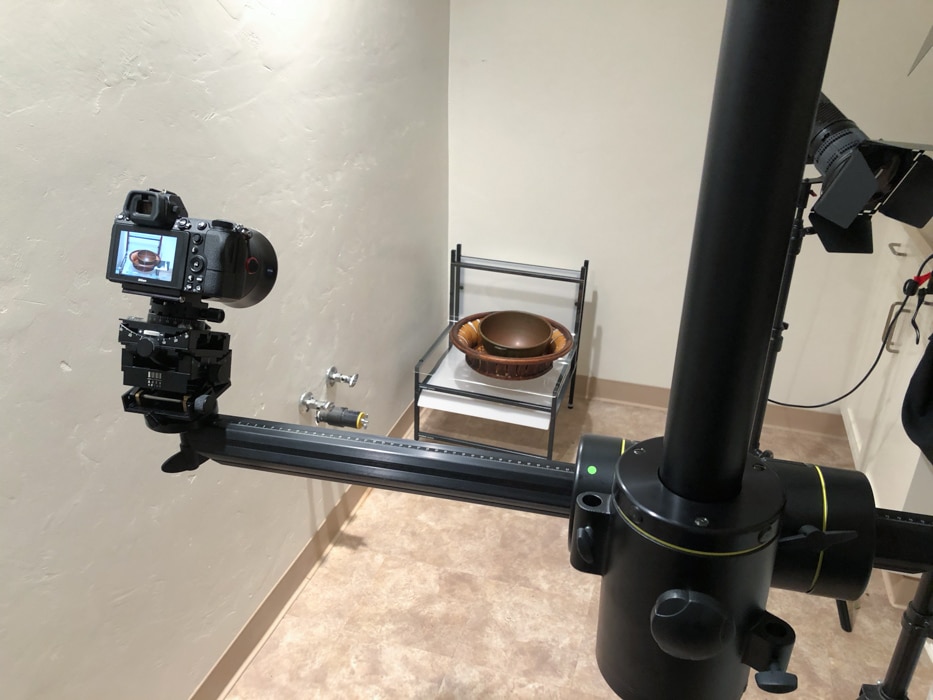 I set the camera in A exposure mode and the metering to matrix. I set the aperture to f/2.8.

By the way, and this is important both in the context of this test and in that of focus shift with manual focusing, the camera previews the image with the aperture set to the taking aperture if that aperture is f/5.6 or narrower. If the taking aperture is narrower, the camera sets the aperture to f/5.6. This is quite different than what happens with an SLR, where the image is previewed wide open. This is a boon for those folks focusing with manual lenses with focus shift but may exacerbate the effect I’m going to tell you about in this post.

I set the setting effect of the finder to on so that the image would represent the brightness of the JPEG preview image of actual exposure. Or rather, that it should represent the brightness of that exposure. As you will see, there are some problems here. I turned off the light and partially closed the door to bring the light level down. Then I looked at the back of the camera. 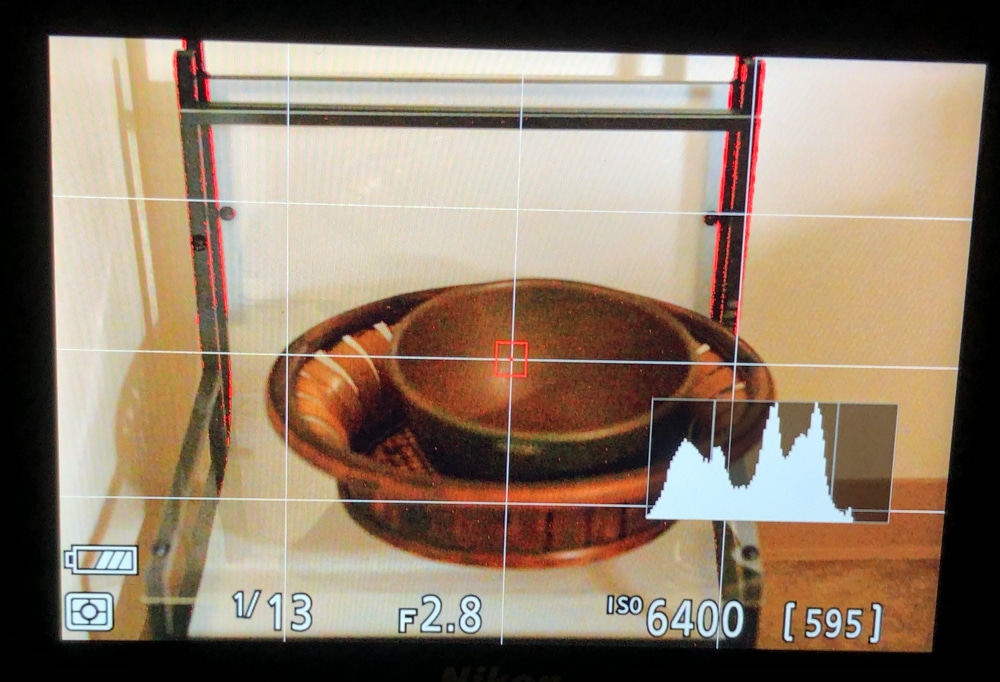 I closed the door a bit more, reducing the light level, and looked again. 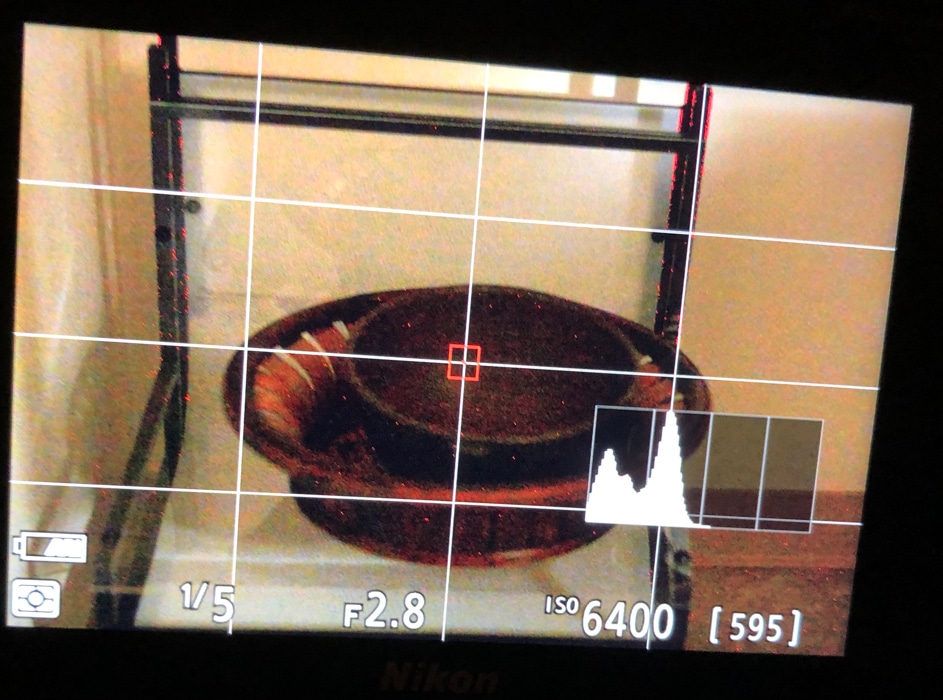 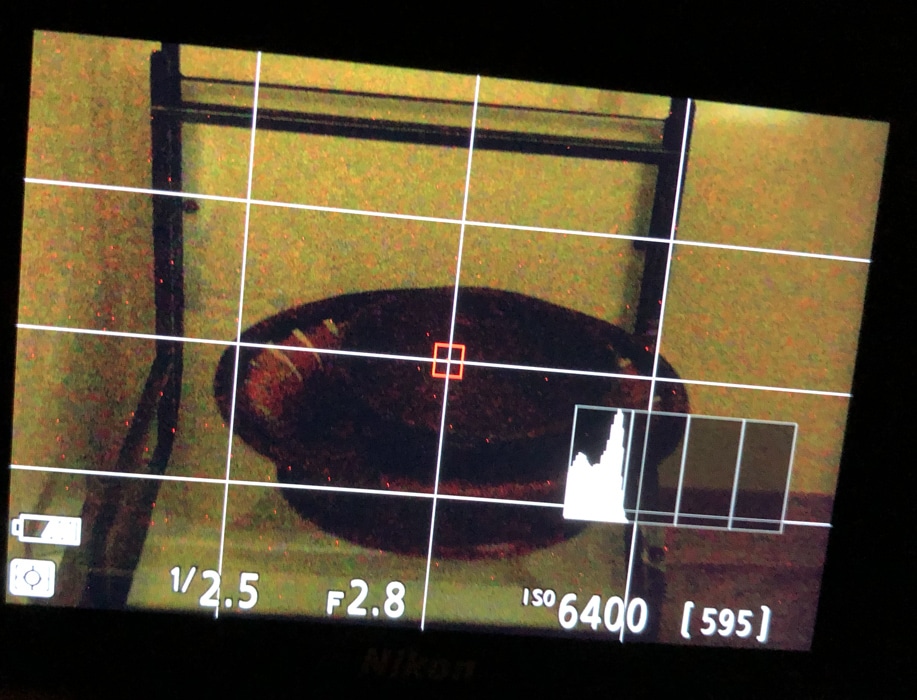 Well, that is unpleasant. I pulled out an a7RIII, attached a Batis 85, set it to f/2.8, and checked to make sure that it stopped down to the taking aperture for the preview stage. It did.

I set the camera in A exposure mode and the metering to matrix, and turned setting effect on. The camera showed similar behavior, but at dimmer light levels. 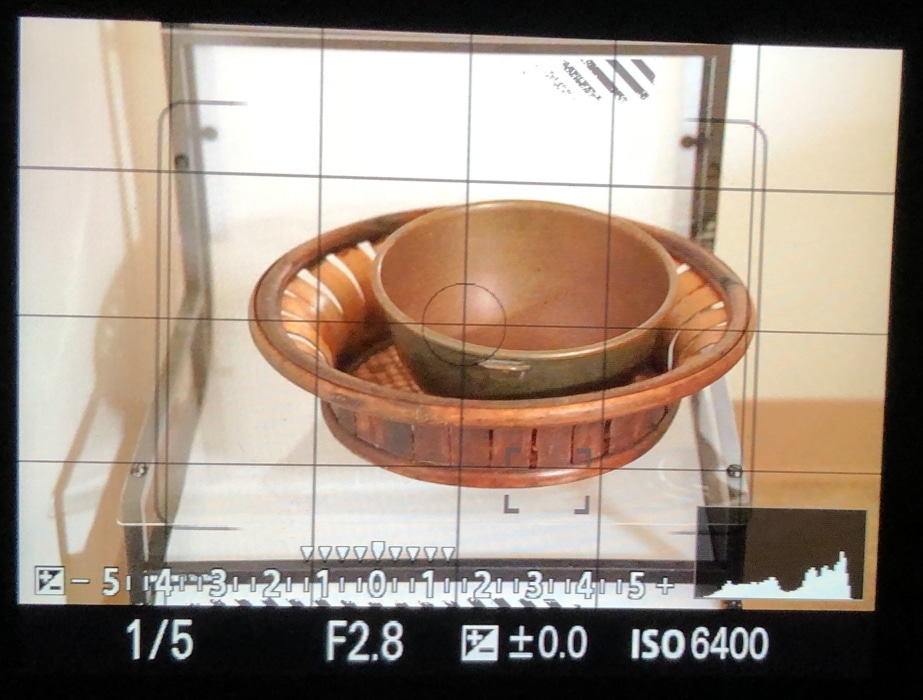 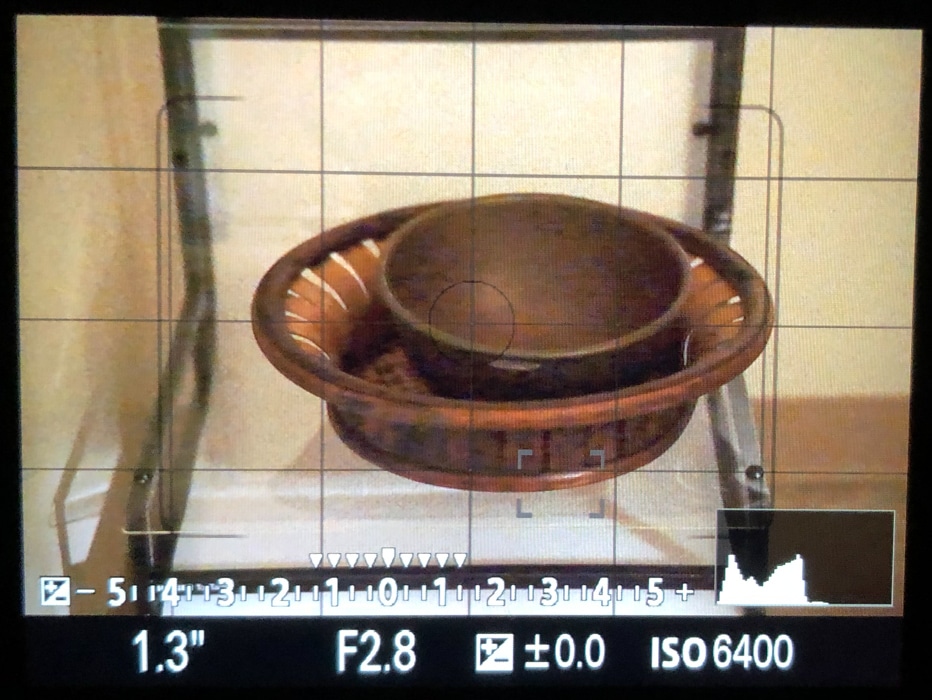 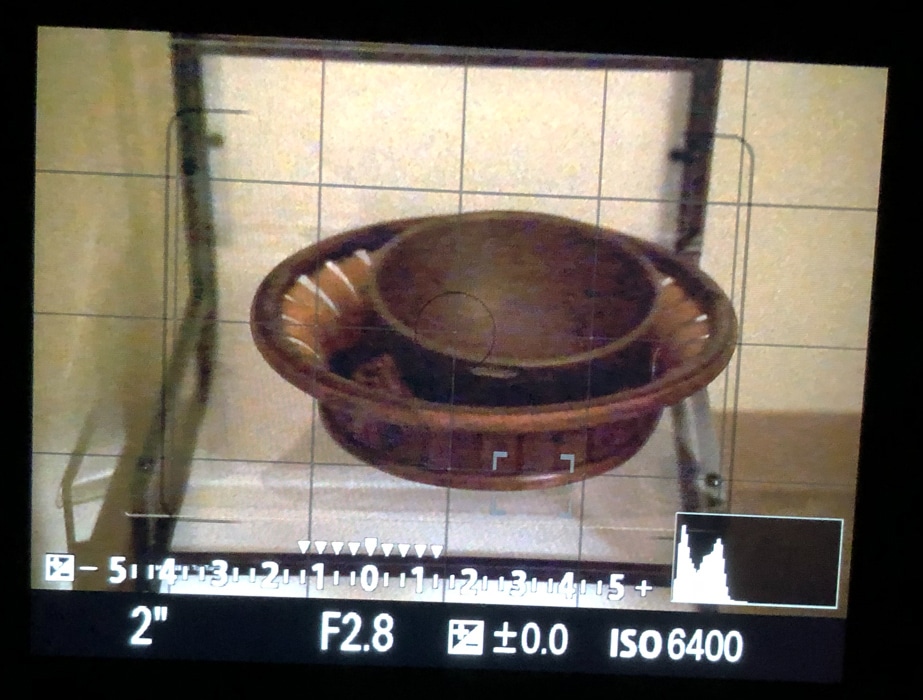 I guess this has been with us for a long time. I don’t know why I never came across it before. I guess I haven’t done enough low light work up to now.

I hasten to point out that, even with the Nikon, these light levels are really low, and shooting wider helps. Here are Z7 finder shots with the same light level at f/2.8 and f/1.4: 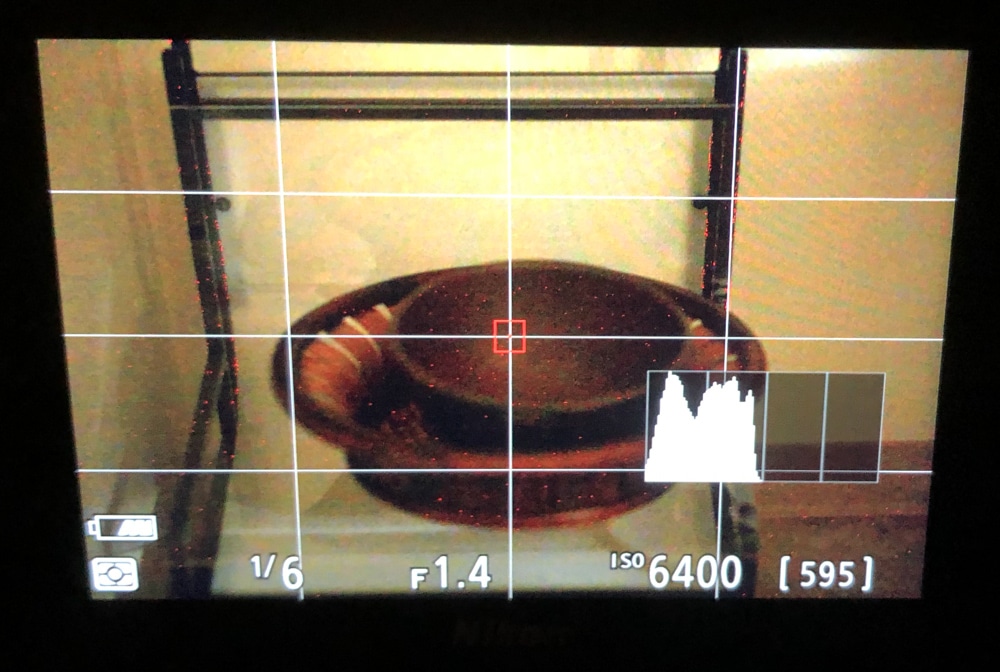 The reason why the meter isn’t reading 1/10 for the f/1.4 shot is that we’re using matrix metering and the Otus has a lot of corner falloff wide open.