The Nikon Z7 has three shutter modes. The first is the old fashioned mechanical shutter (MS), with physical leading and trailing curtains. The second is a version of that where there is no physical first curtain. In that mode, electronic first-curtain shutter (EFCS), the function of the first curtain is replaced by a rolling reset of the at the same scan rate as the mechanical first curtain. Then there’s electronic shutter (ES), which uses a rolling reset like EFCS, and replaces the second curtain with a rolling readout of the charges on the sensor. The first curtain of ES has to match the scan rate of the rolling readout, which is slower than the trailing curtain on the Z7’s mechanical shutter.

How fast are the two scan rates?

The scan takes 6.6 divisions, or 3.3 milliseconds.

Performing the same test with electronic shutter and the time base set to 10 msec/division. 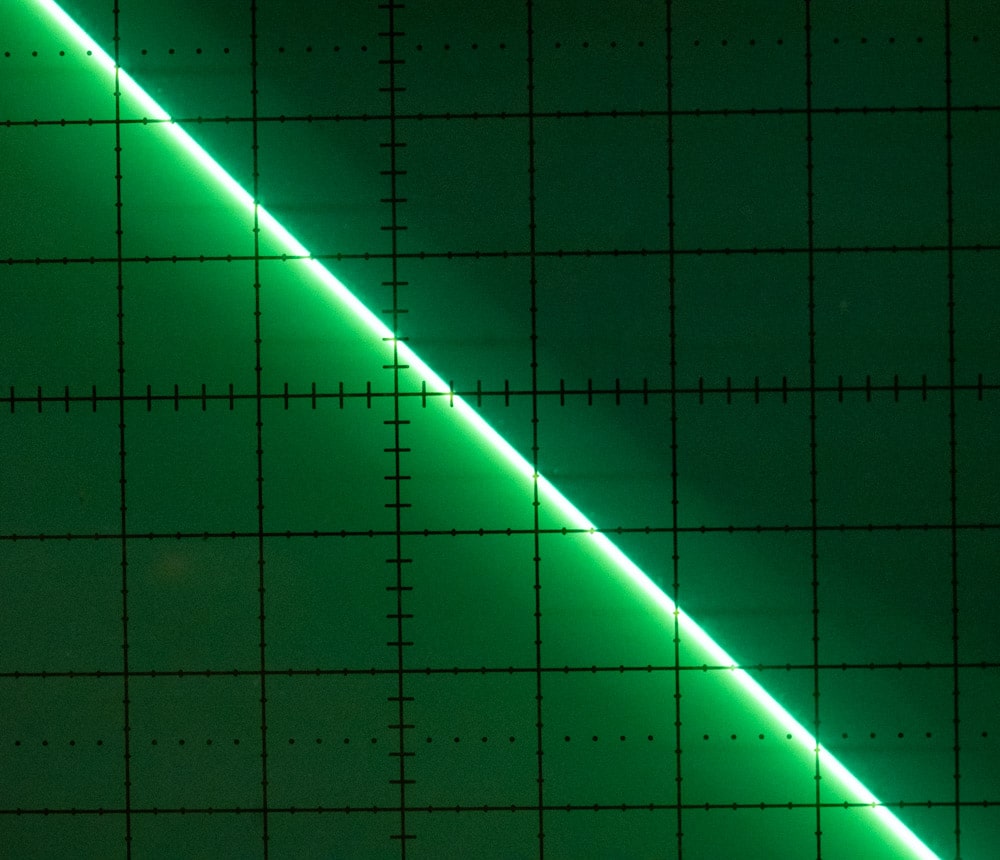 The camera takes about 64 milliseconds to complete the scan.