What’s PRNU? It’s pixel response nonlinearity. That’s the difference in the way that pixels in the sensor respond to the same amount of light. It’s often so low that it’s covered up by photon noise, and that’s a good thing. But there were some periodic patterns in the Sony a9, which used a 12-row block readout like the Z9, so I wanted to take a look.

I made 168 photographs of a white card at 1/6 second shutter speed and ISO 64, using the Nikon 105/2.8 F-mount macro lens. I averaged them all, and looked at the spectra of the result. 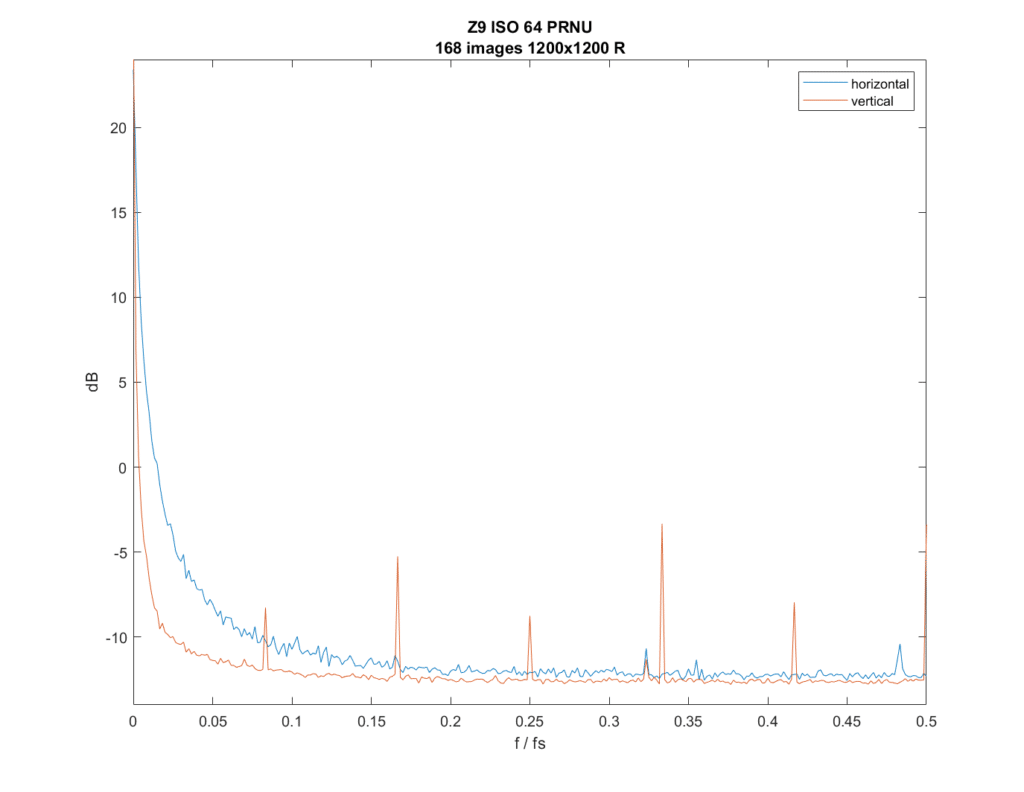 The above is for the red raw channel. The low-frequency energy is mostly due to uneven illumination. In the horizontal directions, there are few significant periodic components (which cause spikes). There are six in the vertical direction. The spikes are lower in amplitude and more concentrated in frequency than the a9 spikes.

Because the effects are seen in all four raw channels, this doesn’t look like it’s caused by PDAF. The blue channel is slightly more affected, which does probably relate to PDAF.

Here’s what a tight crop of the averaged image looks like with a hefty contrast boost: 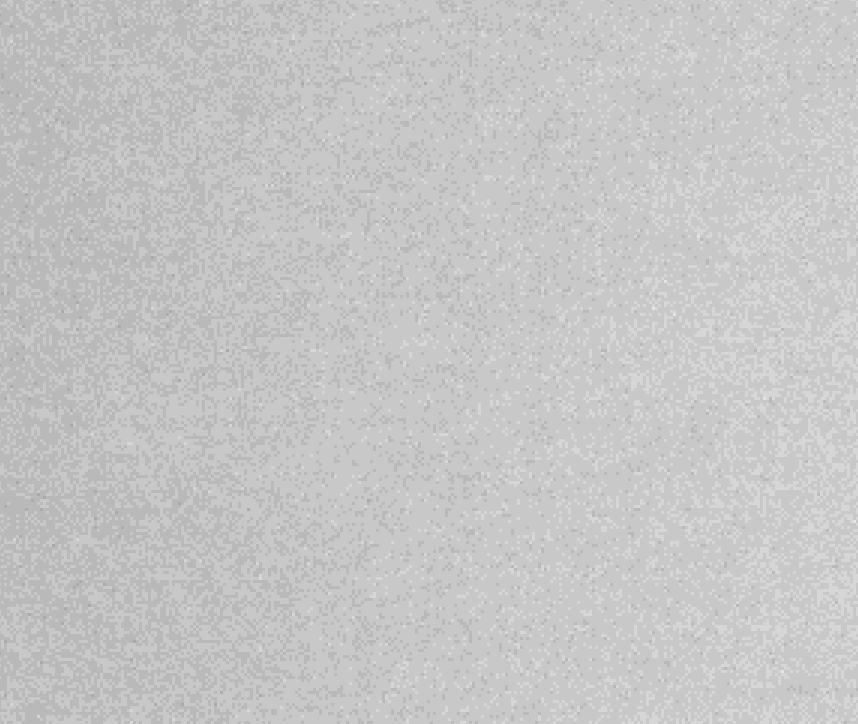 You can see horizontally oriented patterns.

My tentative conclusion is that I don’t think this is anything to worry about. The a9 had worse horizontal patterning, and there were few complaints (those centered about darkish blue skies).