Since beefing up the tripod lessened the blur, I wondered if using a really stable support would eliminate it.

So here’s how I set up the camera for today’s test: 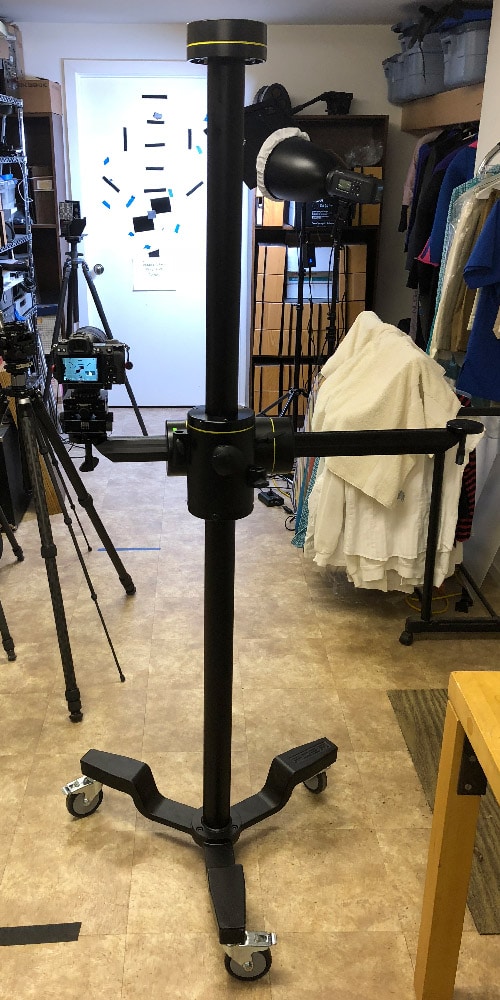 This Foba stand is light as such things go, but it still weighs about 150 pounds. It is quite stiff. 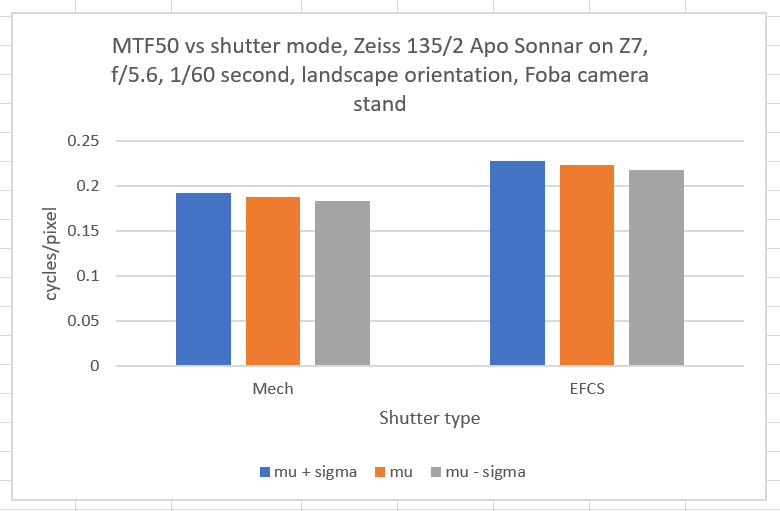 As you can see, beefing up the camera support can reduce the blurring effect of the mechanical shutter, but it can’t make it go away completely. So, if you don’t want to use EFCS and want sharp pictures, you should run right out and get one of the 340-pound Foba stands. It shouldn’t set you back much more than ten thou. If that sounds unappealing, you could turn on EFCS.