I received a lot of grief for my previous post on Z7 shutter shock because of the light tripod I chose and the portrait orientation I used to demonstrate the effect. It reminded me of the bad old a7R days, when there was a continual chorus of folk saying that with a decent tripod and “good technique” — whatever that means in this case — shutter shock was never a problem.

I put a Zeiss 135 mm f/2 Apo-Sonnar ZF.2 on a FTZ adapter and attached it to the Z7. I set the aperture to f/5.6, and the shutter speed to 1/60. In the past, with the support arrangement you see below on other MILCs, that shutter speed is lower than the worst-case shutter speed.

For camera support, I stacked the deck in the other direction: 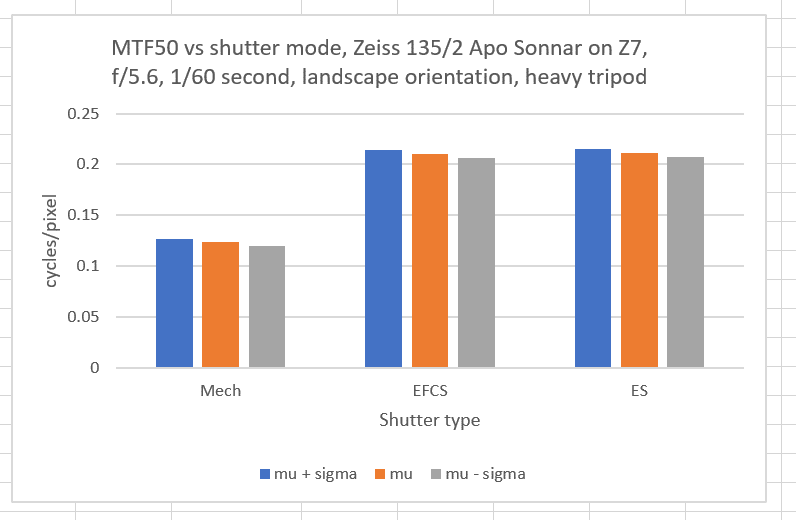 The mechanical shutter did a bit better than with the light tripod when compared to EFCS and ES, but it’s still quite a bit worse than those modes.

The lesson is the same as before: