Warning — I’m going to assume some knowledge of color science for this post.

Lots of choices. How do these profiles compare with each other? One way is to look at the accuracy and analyze any systematic deviations from accurate conversions. I will, however, stipulate that the objective of photographic editing is not usually to get the most accurate color; it’s to get the most pleasing color. Still, it’s often useful to start as close to accurate as possible and then tweak from there.

I started with a Z7 photograph of a Macbeth chart, made at ISO 64 with a 6ooo degree Kelvin illuminant.

I white balanced to the third gray patch from the left in Lightroom, applied the color profiles in turn, and exported TIFF files for computer analysis with a program that I wrote. Here are the results: 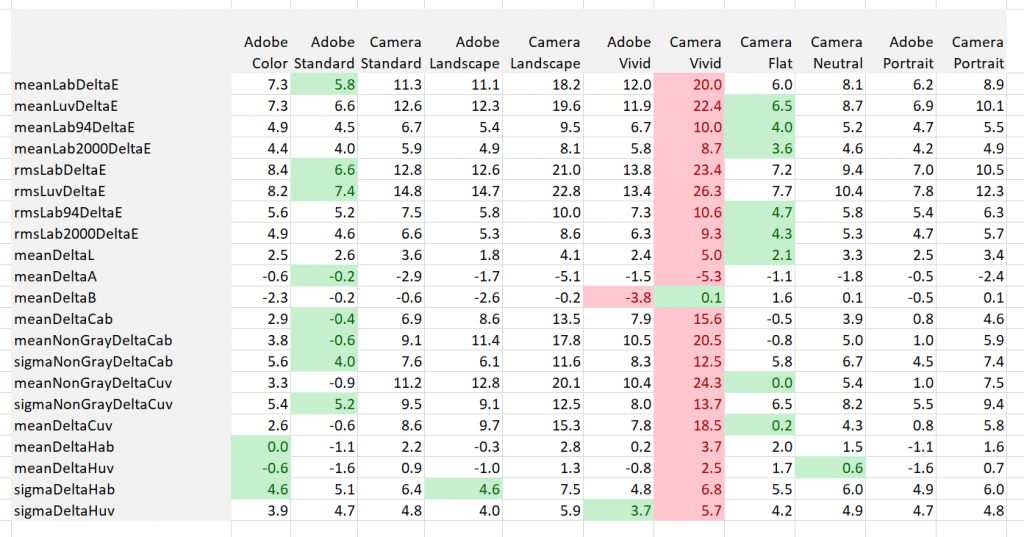 Don’t panic. I know it’s complicated but I will explain it all.

The first thing to know is that a perfectly accurate color conversion would consist of a column of zeros. So, the best results are the ones with the lowest absolute values. I’ve shaded the best results in green, and the worst in red. Adobe Standard and Camera Flat are competing for the highest accuracy, and Camera Vivid is the clear winner in the race to the bottom, losing in all categories but mean delta B, because the errors in that direction happened to cancel each other.

If the measures are not obvious from the variable names that I’ve chosen, take a look at some descriptions down below. If they look pretty familiar, but you can’t quite figure out the details, here’s a crib sheet.

Here are the details of the basic measures:

Mean Delta E is the average CIELab delta E.  Since Delta E can never be negative, errors in one direction don’t cancel out errors in another.

One thing to notice is that the Adobe profiles are more accurate theu their Camera counterparts. That the vivid profiles are the worst is no shock, but the lack of accuracy of the Landscape profiles surprised me.

Let’s look at the chroma errors for each patch, measured in Lab, for the two best profiles. 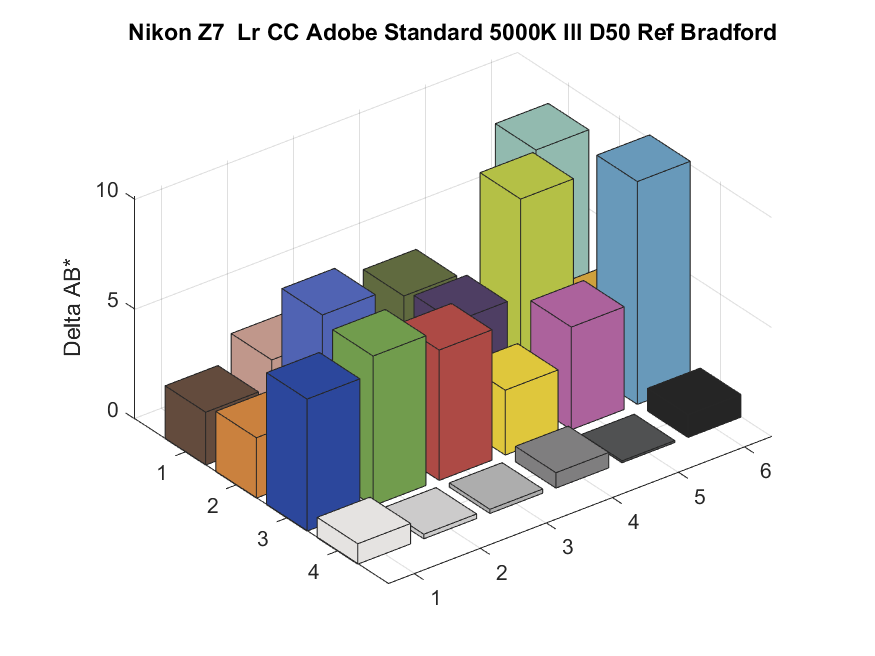 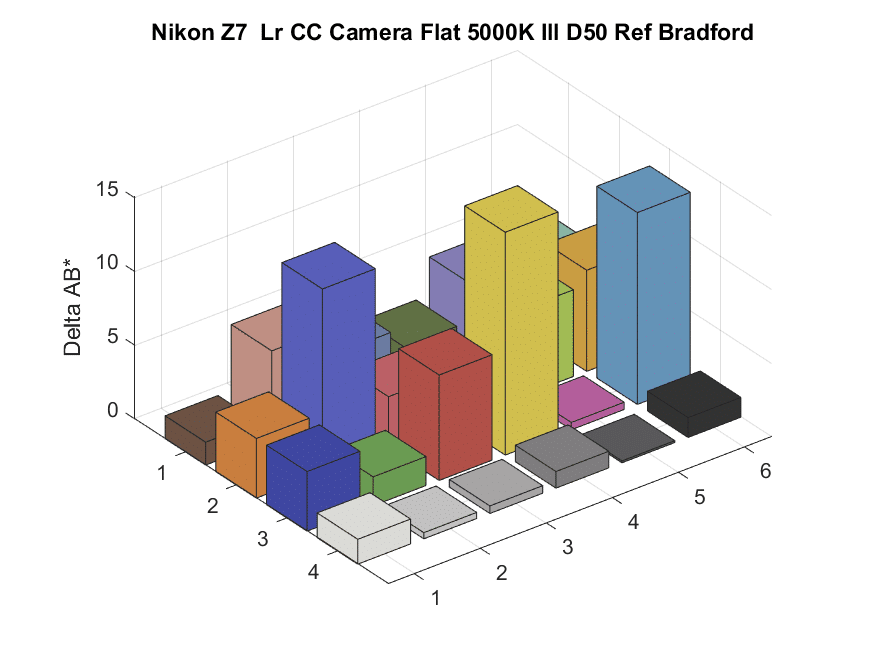 And for the worst one: 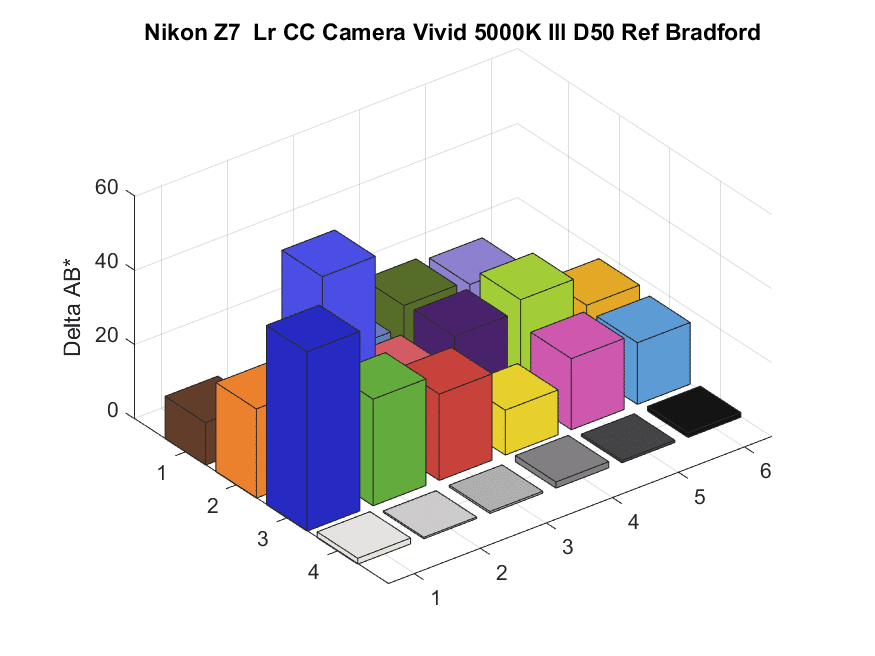 That tells us how much chroma error there is, but not in which direction the error occurs. We can see that by looking at plots of the right chromaticities for each patch vs the measured chromaticities. I’ve chosen u’v’ chromaticity space for these plots, because we can plot the spectral “horseshoe” in that space, unlike Lab. 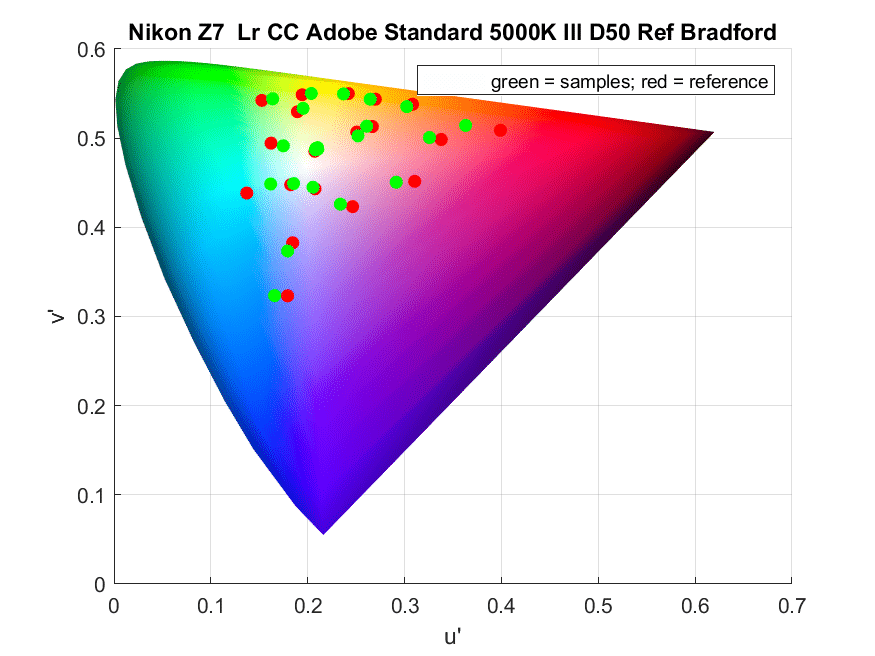 The other most accurate profile: 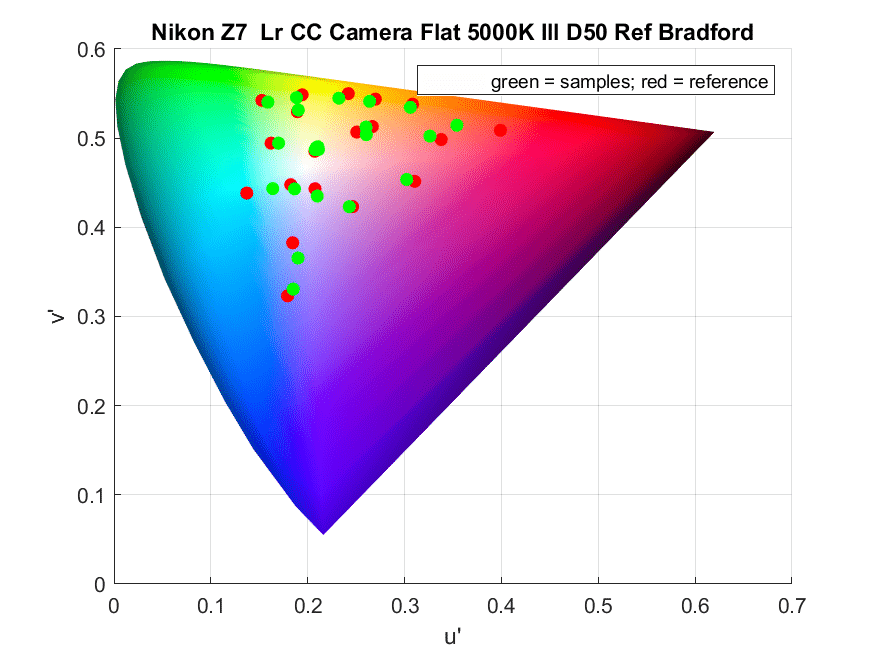 And our big loser: 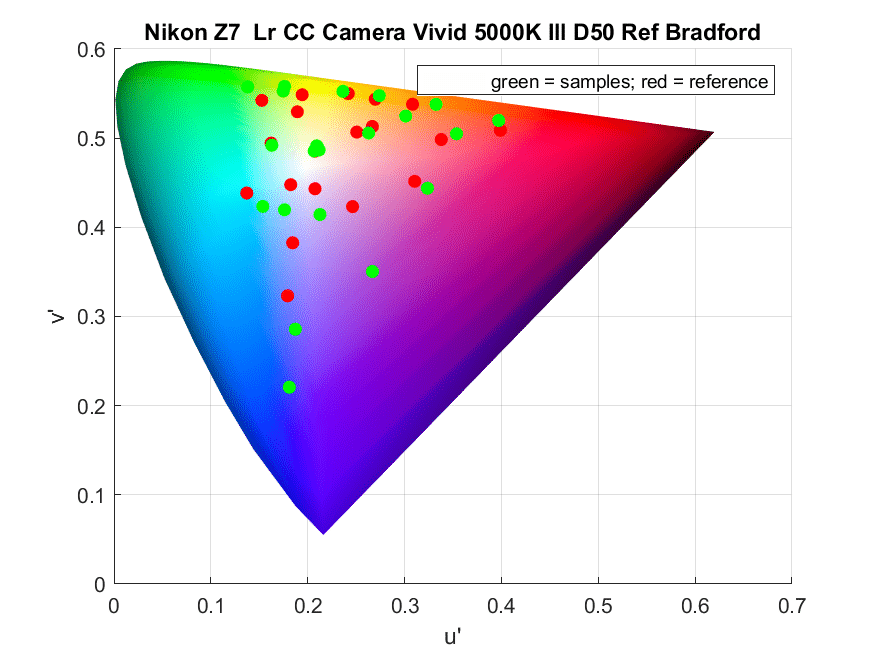 And last for this set, the new Adobe default profile: 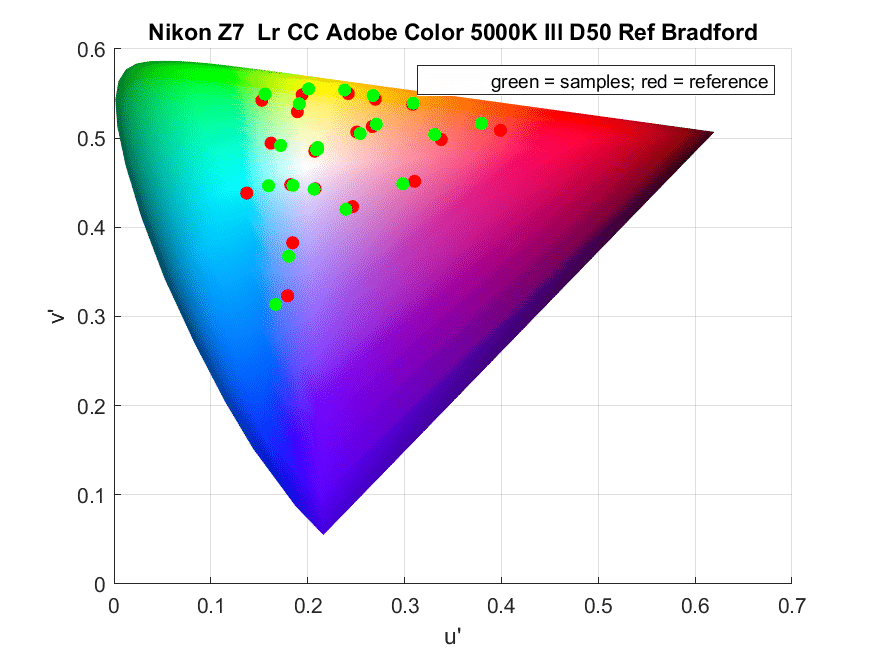 Adobe Color is to Adobe Standard as New Coke was to Coke, with Capture 1 being Pepsi. It is less accurate, but more pleasing to most.