In the previous post I started out testing the Z7 for autofocusing accuracy in various focusing modes, but discovered my testing wasn’t valid because I was assuming that there was a CDAF trim step after the cameras PDAF focusing, and it appeared that either that wasn’t happening at all, or it wasn’t very effective.

That caused me to think about the PDAF fine-tuning function in the Z7. I’d figured that it wouldn’t affect accuracy, just speed, in that it would allow the hare-like PDAF phase of the autofocusing to get closer to the correct location so that the tortoise-equivalent CDAF phase would go faster.

But what if there isn’t a CDAF phase, at least with adapted lenses? Then the PDAF fine tuning would affect accuracy, not speed. 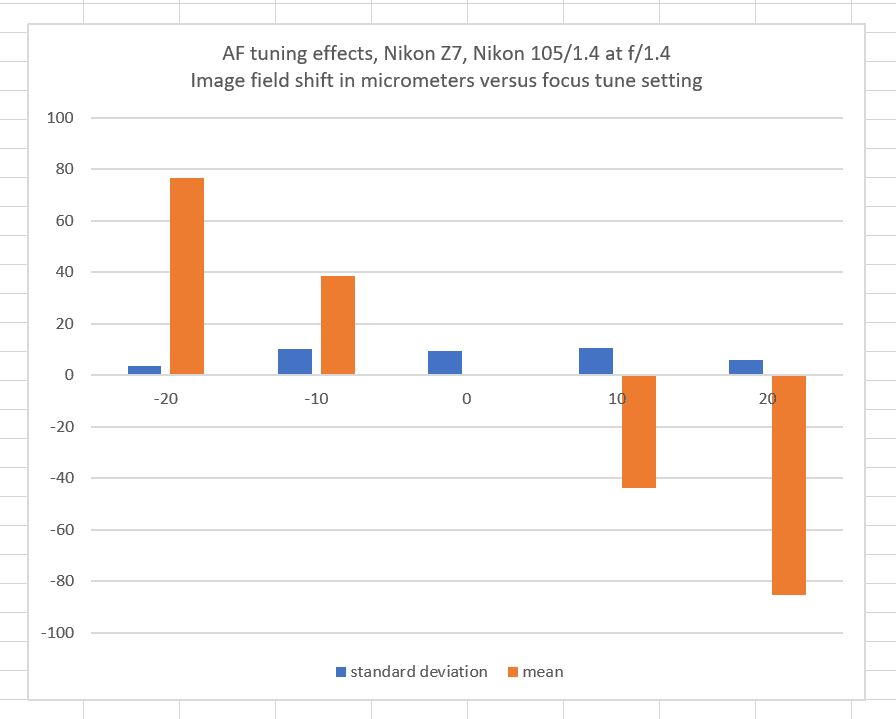 AF fine-tuning does affect accuracy. It affects it in just about the same way as in the D850, with each step changing the image-field focal plane by about 4 micrometers. In the above chart, negative numbers on the y-axis mean object-field focus shift away from the camera. This is the opposite of the usual way I do things. I apologize for the inconsistency.

In Pinpoint mode, which uses CDAF instead of PDAF, the results are similar except for lower scatter: 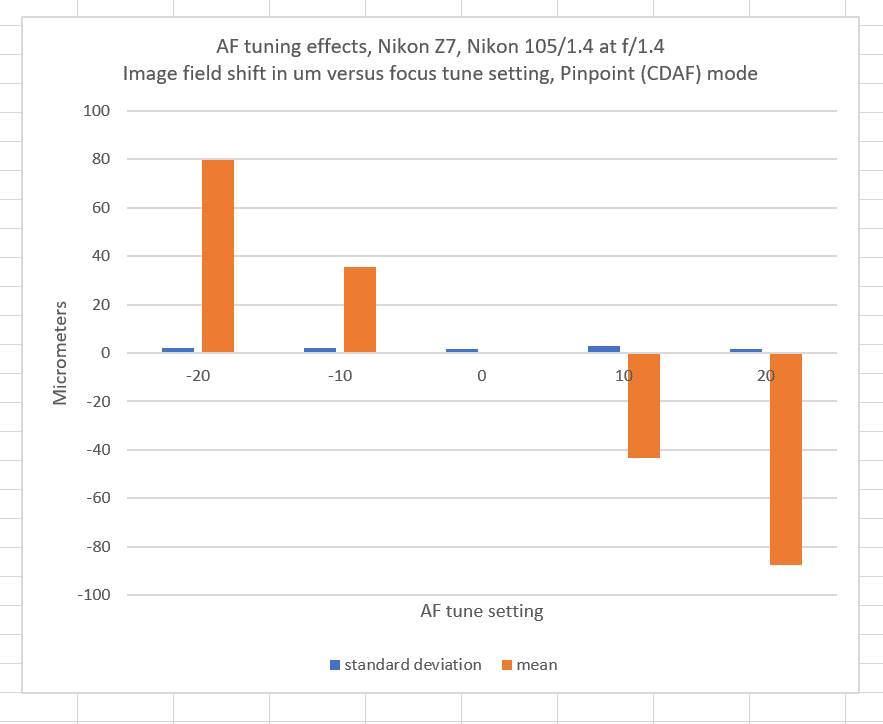 It’s going to take a while to digest the implications of this.