Like the a7RIII, the Z7 has a mind-numbing array of autofocus options. For today’s post, I’m going to simplify things by only considering well-lit, high contrast, static subjects, and I’ve still got 15 different modes to test. I used a Nikon 105 mm f/1.4 lens for this test. I picked it because it’s a lens that I’d like to use on the Z7, and because it’s a struggle to get consistent critical sharpness with it wide open or close to that. I attached it to the Z7 with the Nikon FTZ adapter. I used one of the small, square RRS plates on the adapter, and clipped that into an Arca Swiss C1 head on a sturdy set of RRS carbon fiber legs. I aimed it at my checkerboard ramp focusing accuracy target, which was lit with a Wescott LED panel behind a softbox: 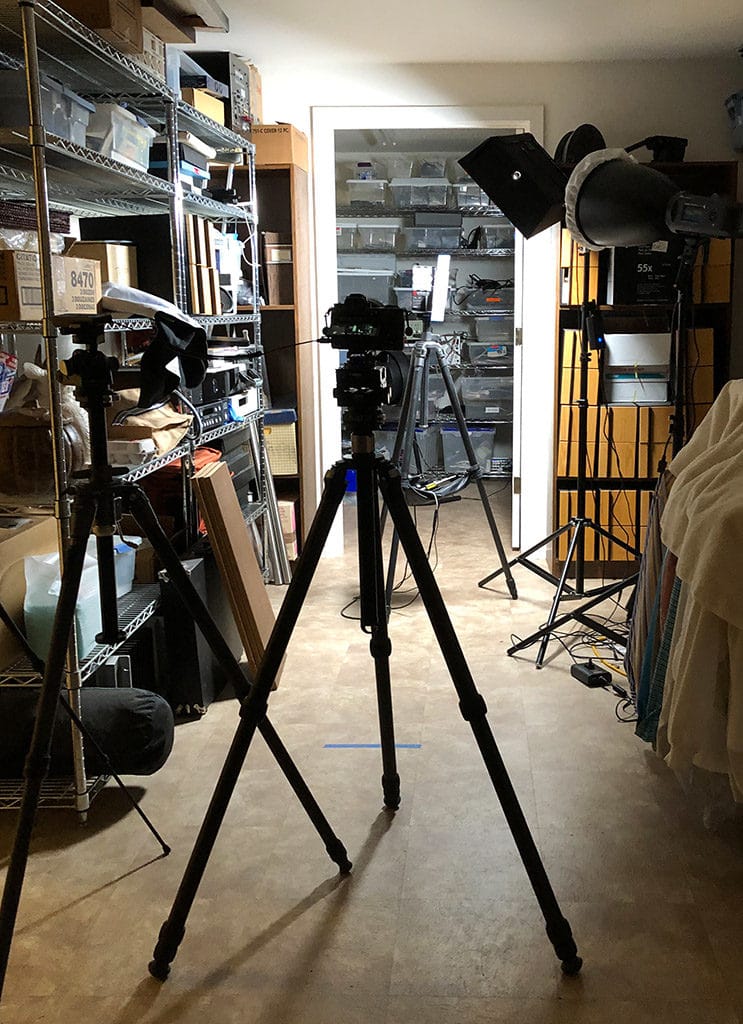 With release priority set to Focus, and using an external intervalometer, I made 16 exposures wide open with AF-S in each of the five main autofocusing modes: Pinpoint, Single, Wide S, Wide L, and Auto. I made the same number of exposures wide open with AF-C in each of the five main autofocusing modes: Single, Dynamic, Wide S, Wide L, and Auto. Then I made a set of the AF-C images with release priority set to Release. I brought all 240 exposures into a Matlab program I’ve written, and analyzed the focusing errors, converting them to the equivalent circles of confusion created by the measured degree of misfocus. Circles of confusion diameters cannot ever be negative, but I used the convention that I’ve used previously: positive diameters are due to back-focusing, and negative ones are due to front-focusing. I computed the mean and standard deviation of the each of sets of 16.  Here’s how it came out: 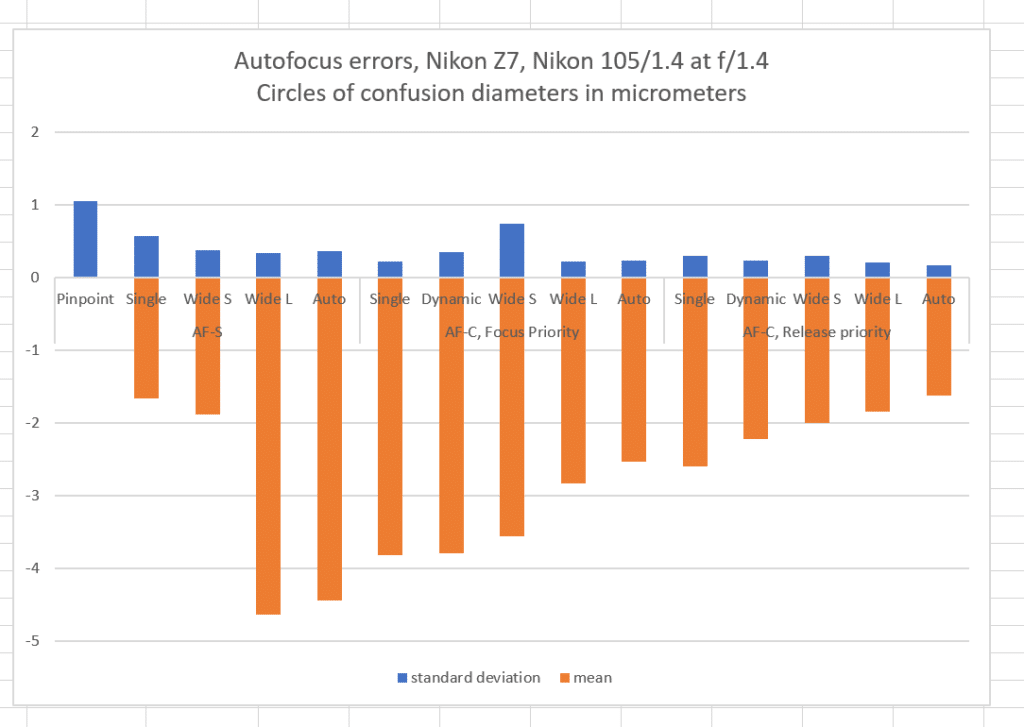 There’s something wrong with those curves. The CDAF scatter is higher than any of the others. Thinking there was a CDAF trim, I didn’t rack focus between the shots. Depending on how the PDAF system in the Z7 works, that could lower the scatter, but if there is indeed a CDAF trim after each PDAF move, probably not.

All that, and some comments from others, make me suspicious that the camera is not doing a CDAF trim on any mode but Pinpoint.

[Added the next day]

In order to gain some insight into that, I ran another test this morning, with four conditions: 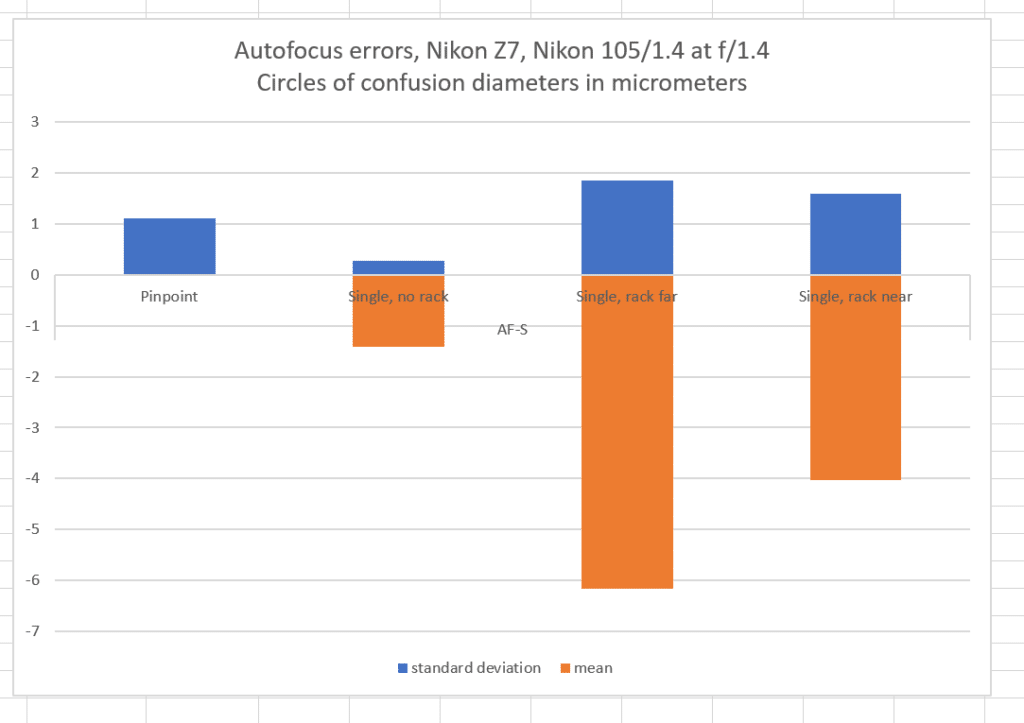 This isn’t quite a smoking gun, but what I’m seeing here is consistent with no CDAF tweaking in Single mode.

Does this mean that AF Adjust is necessary for these lenses? Does it mean that focus shift won’t always be corrected? It will take some more testing to find that out.

In all cases, I checked to make sure that the camera was focusing on the proper part of the target. It was, but with some of the wider modes, the area was larger than the target, mostly covering areas that were black in the image, but in some cases covering part of the front of the ramp, which would have the effect of pulling the plane of focus forward (negative CoC diameters on the above graph).