In the 1980s, I bought an Arca Swiss 8×10 camera. The standards attached to a monorail. I had some tripod heads with Arca Swiss clamps. I went to my local camera store (RIP, Keeble and Shuchat) and asked for an adapter so I could mount the 8×10 on the head. My friendly salesman explained to me that all I had to do was remove the tripod adapter from the camera, and the monorail would fit directly on the head.

In the intervening years, I had other Arca Swiss cameras, and all but the 6×9 with the folding rail mounted directly to heads with an Arca Swiss clamp. A few years ago, I bought a Cambo Actus, and its monorail fit directly on my tripod heads. Recently, I got a used Arca Swiss Ultima II, so that I could have more movements than my Actus had. It came with a tripod adapter on the bottom.

I threw it away.

It has taken me a few months to get the Ultima II converted to use Actus camera mounts, bellows, and lens boards, but yesterday, I was finally ready to give it a try. I opened up the clamp on my C1, removed the Actus, slipped the Ultima II in the slot, and tightened down the clamp’s screw. It bottomed out. I wiggled the monorail. It wasn’t secure. I took a good look at the bottom of the Ultima II monorail. Its dovetail was narrower than the Arca Swiss dovetail.

Now I’m trying to order a new tripod mount for the Ultima II. 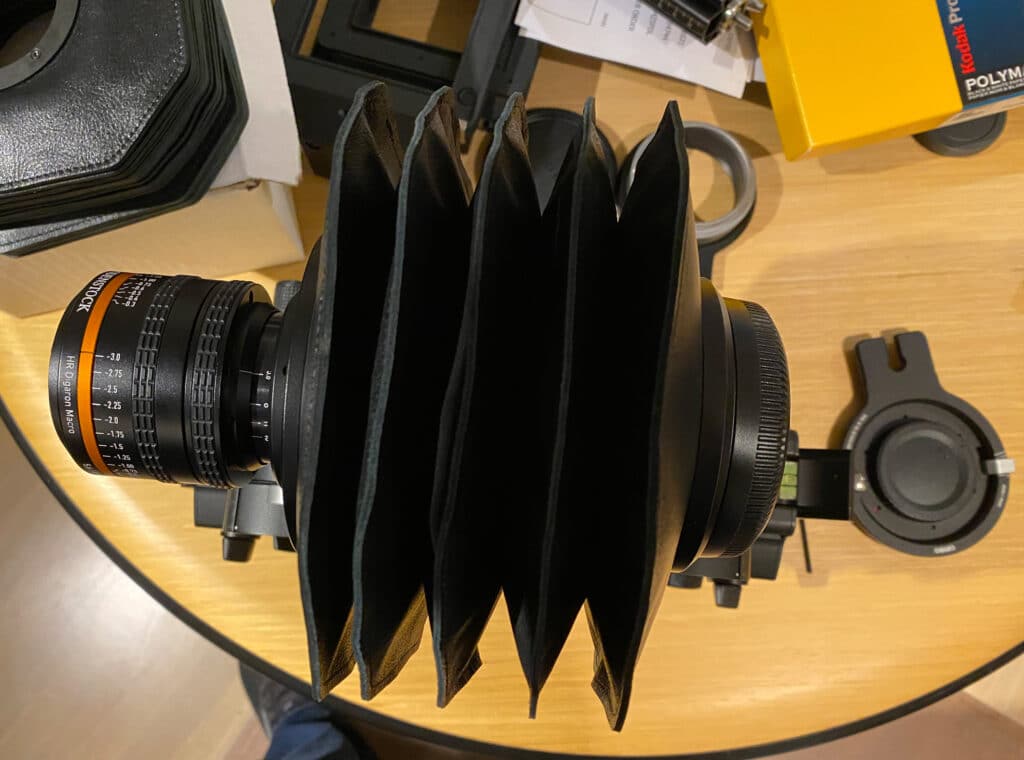