In this post, I showed you histograms for a series of dark-field images made with the GFX 100s. A reader requested that I look at the histograms when the camera is set to 16-bit precision. Hence, this post.

I made images with the body cap in place under the following conditions: 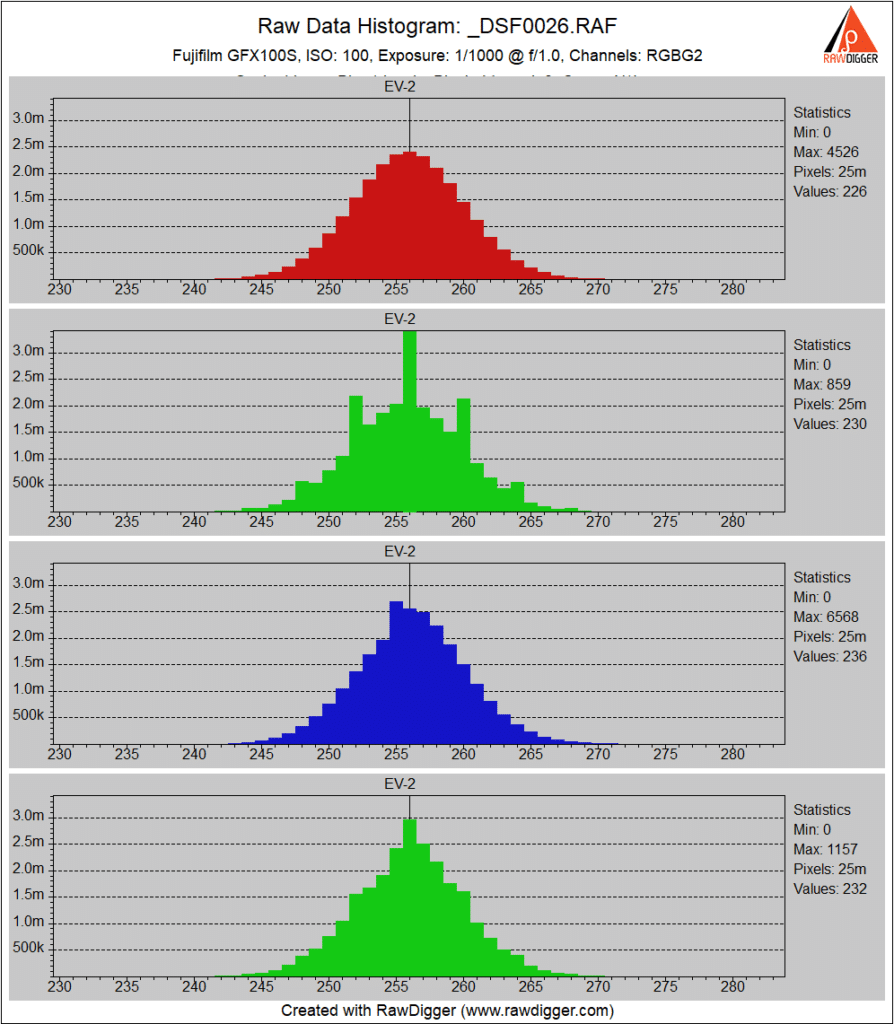 At ISO 100, we see some combing in the first green channel histogram. I’m not sure what’s going on there. One of the third from the LSB transitions is a bit wider than it should be. The black point is about 256. 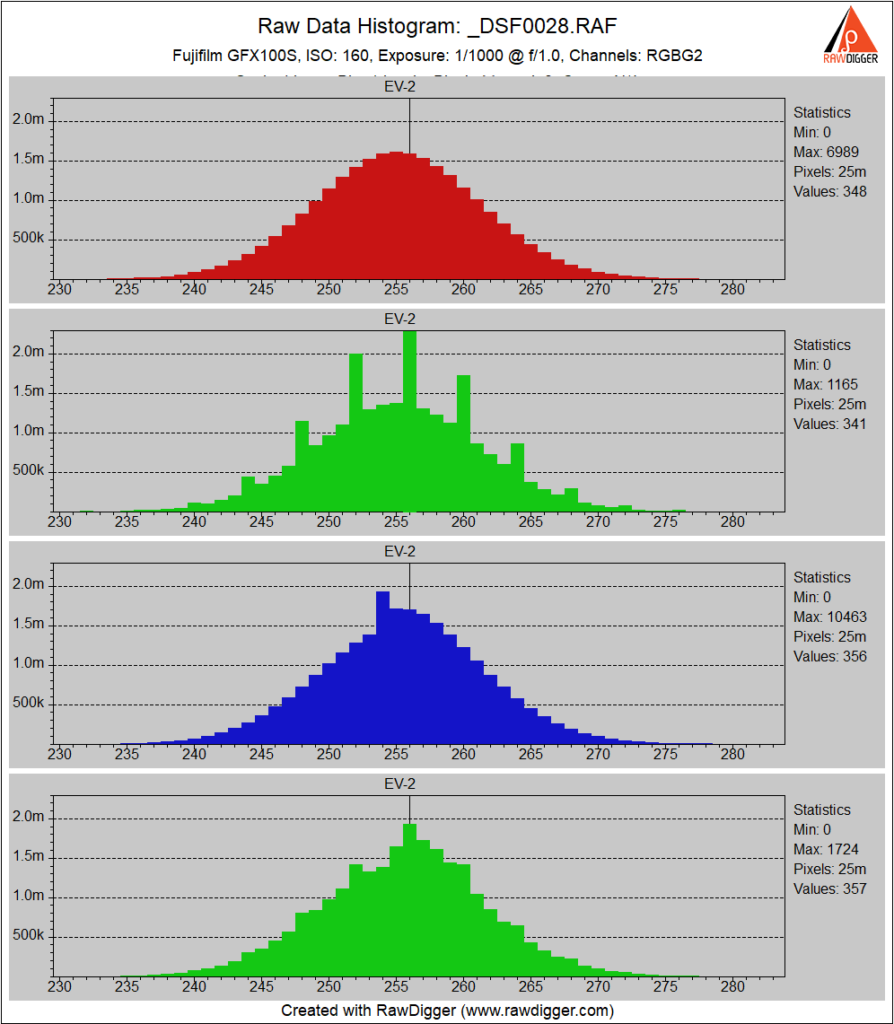 At ISO 160, we see the same first green chanel combing, and also the same blue channel peaking that I attributed to PDAF pixel interpolation in the first set of histograms. The blue channel black point seems to have shifted a bit lower. 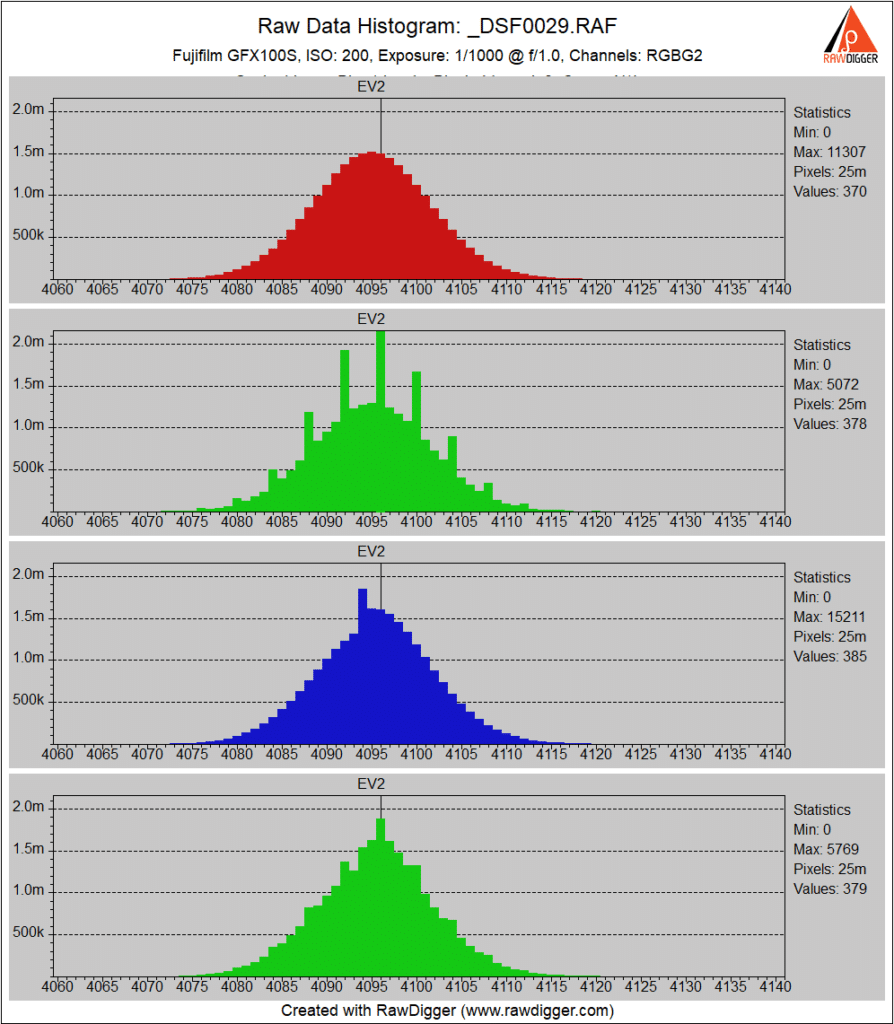 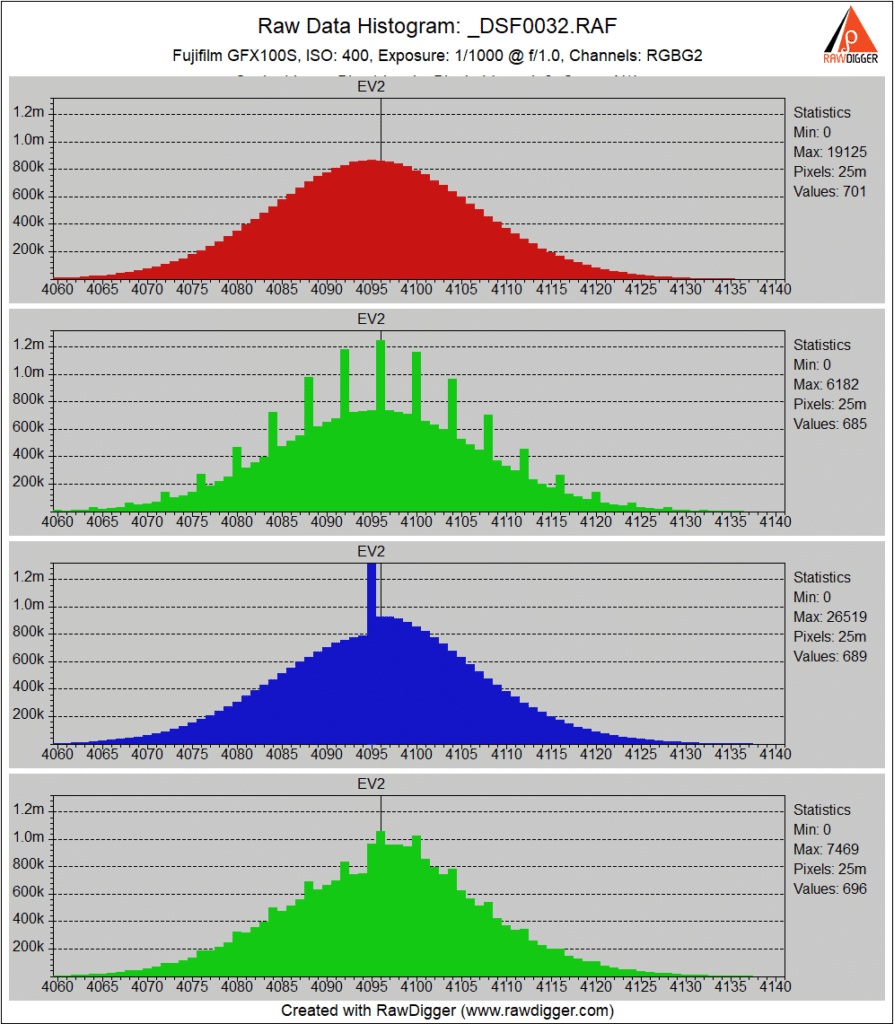 ISO 400 is the highest ISO with the low conversion gain. Some combing is emerging in the second green chanel histogram. 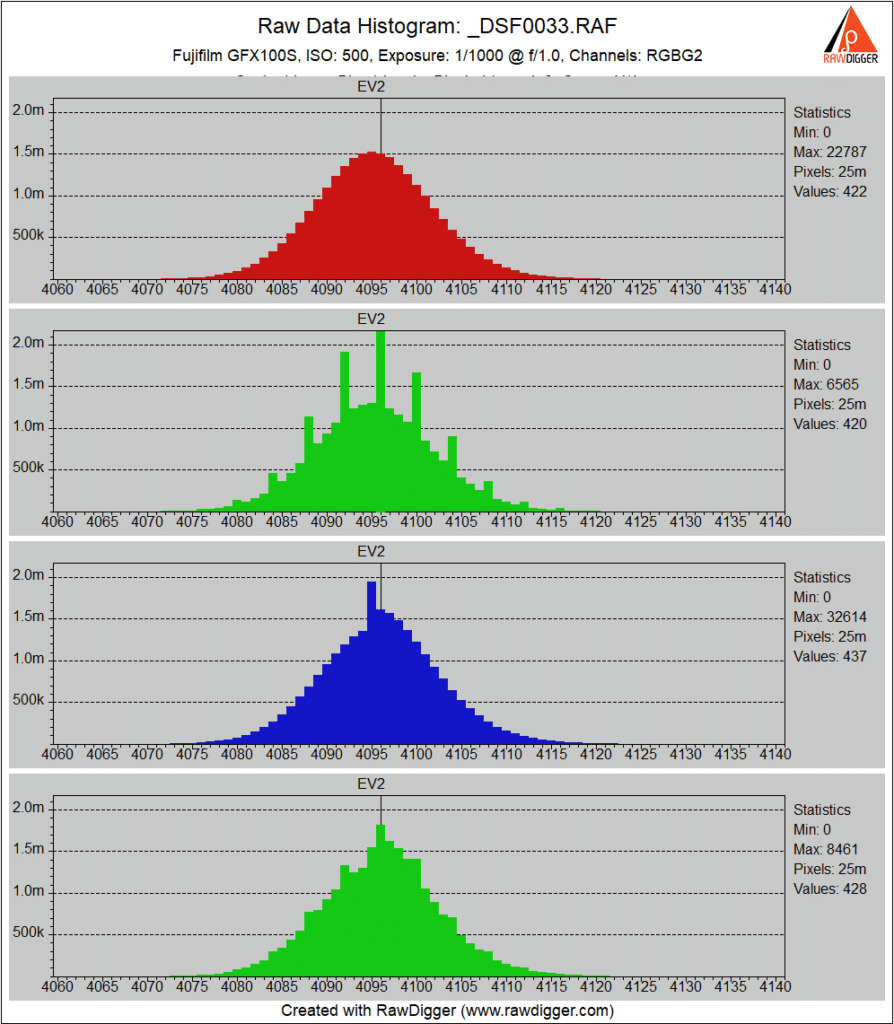 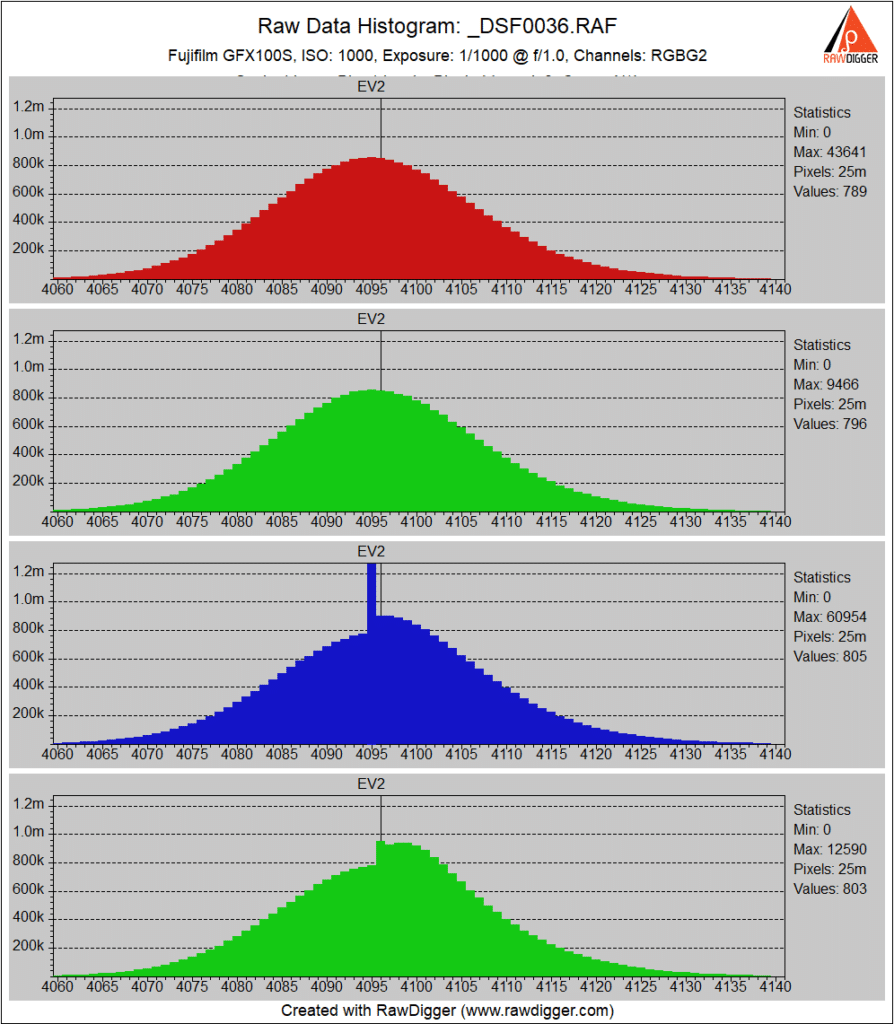 At ISO 1000, the combing in the first green channel disappears. It’s obvious that there is some kind of signal processing in the second green channel. 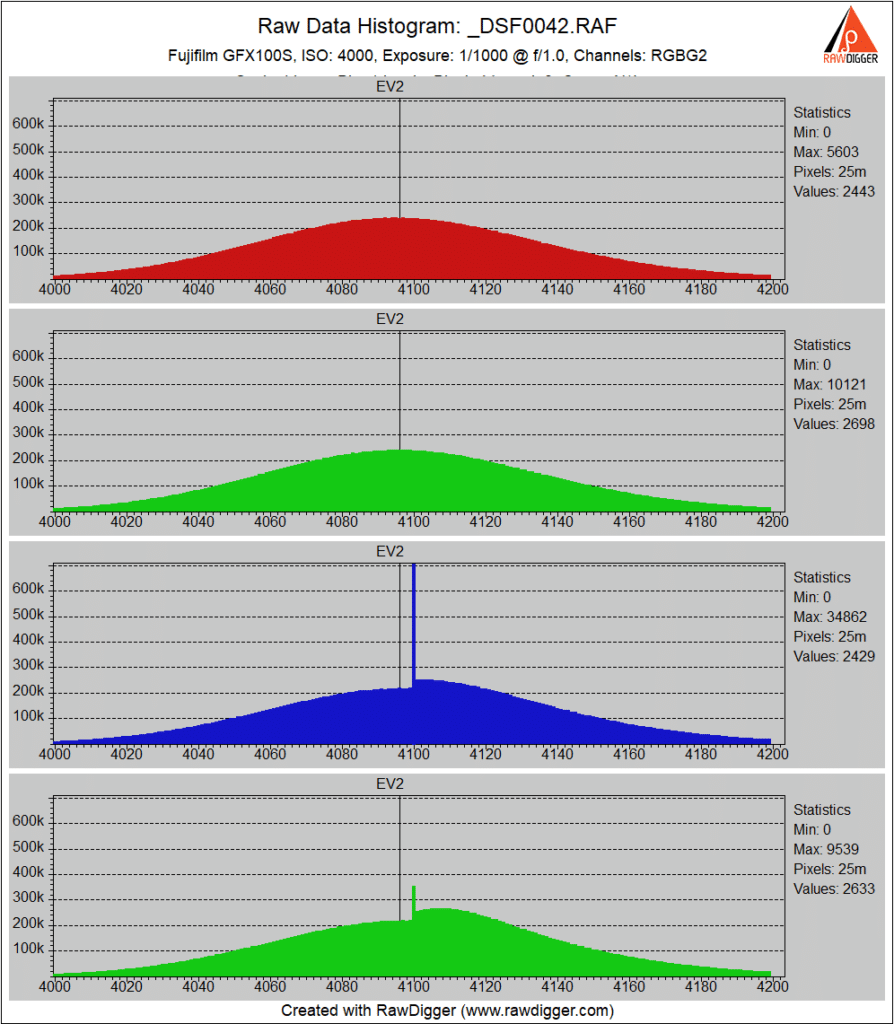 At ISO 4000, the red and first green channel histograms look perfectly normal. The interpolation is evident int he blue and second green channels, and the black point has shifted a bit higher in those channels. 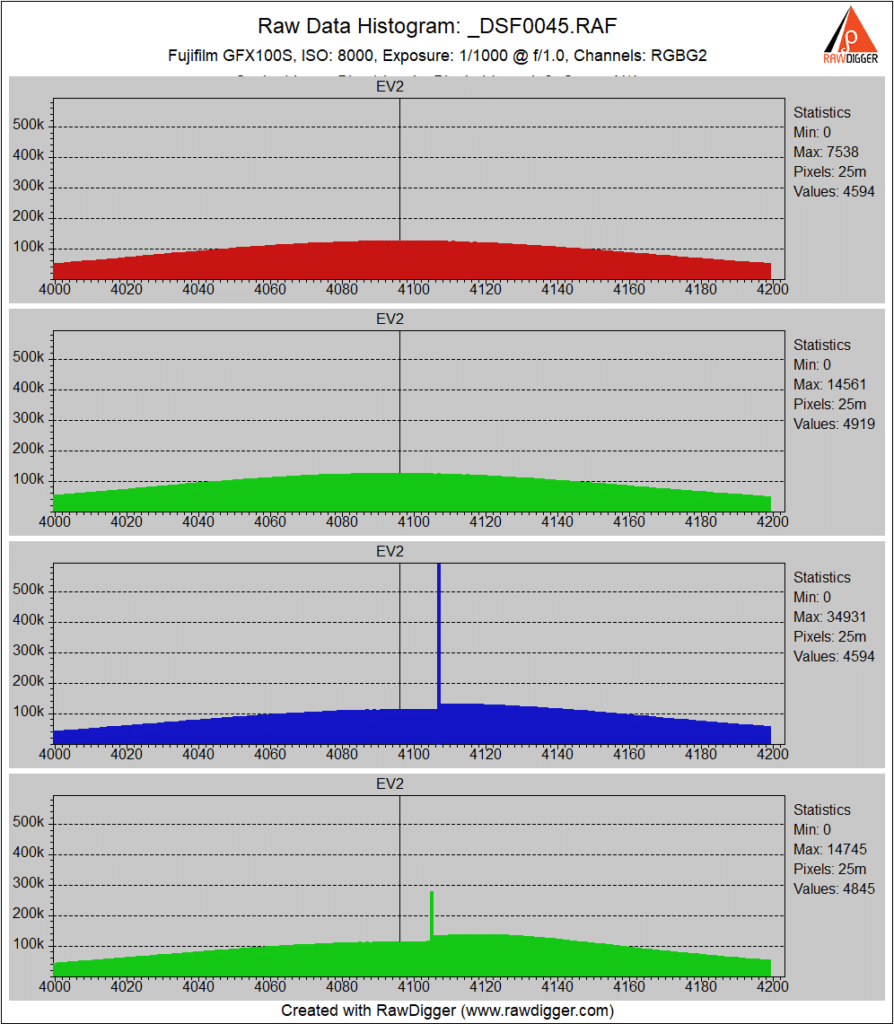 At ISO 8000, the second green and blue channel back points have shifted even higher. 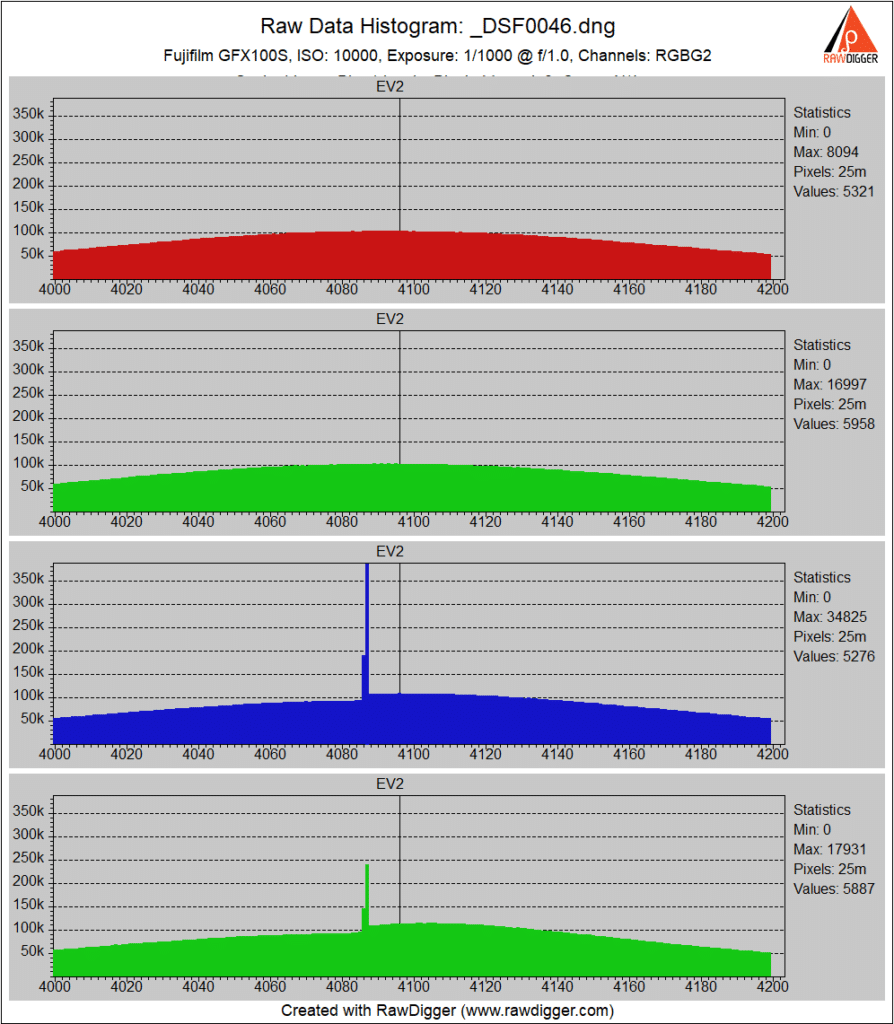 At ISO 10000, the black points of the second green and the blue channels have shifted to less than their nominal values. 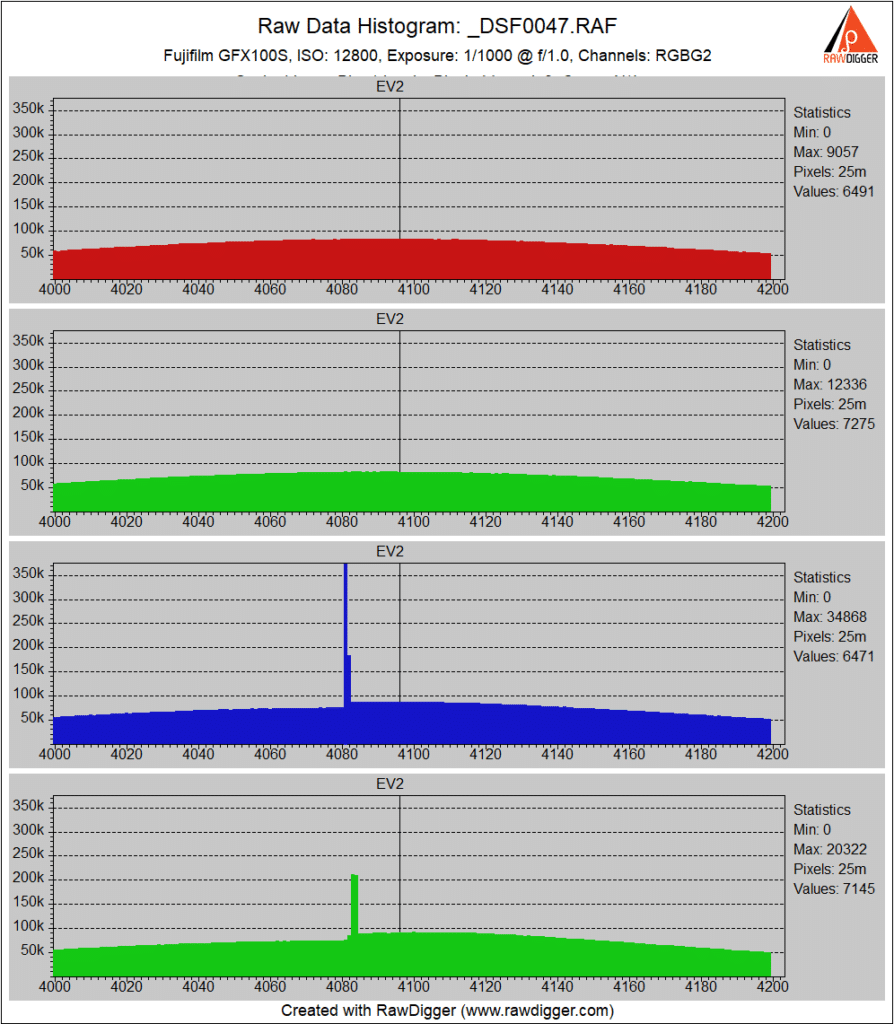 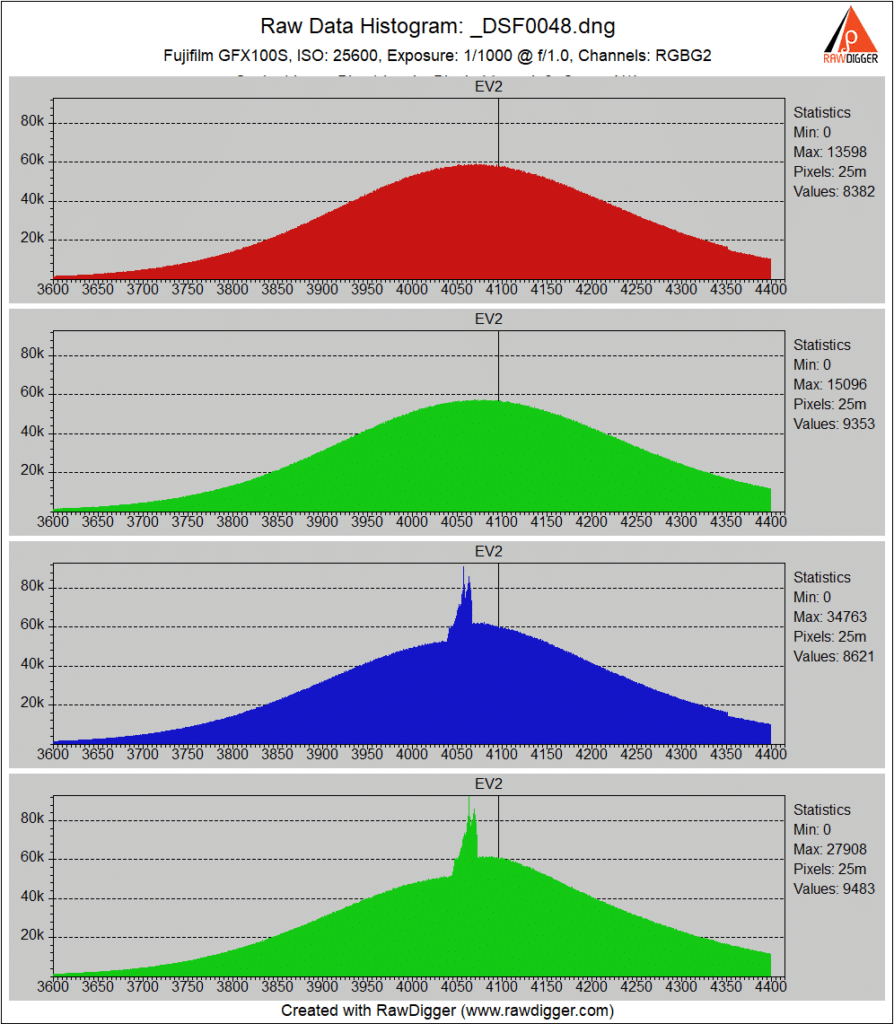 At ISO 25600, the noise is so great that the interpolation spike is widening. 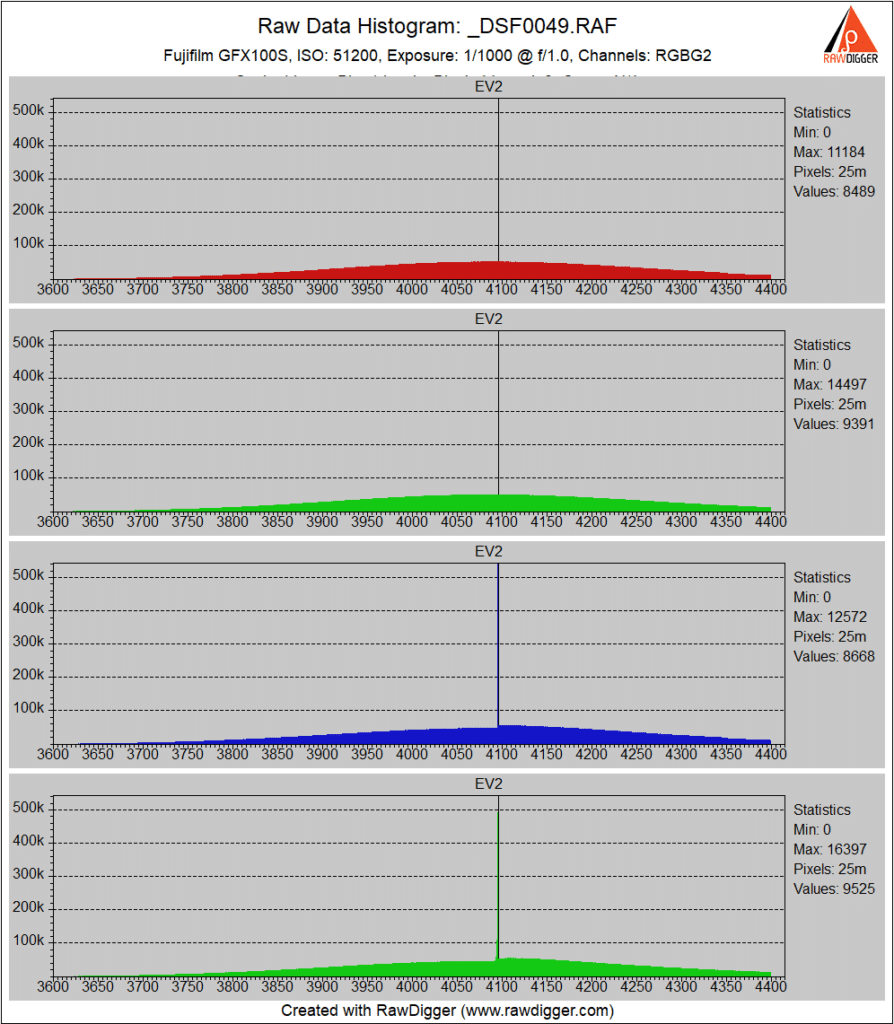 At ISO 51200, The interpolation spike is now just one-bucket wide.

This has been an interesting exercise. It remains to be seen how these results relate to real photography.