In previous work for a project about observer metameric errors in digital cameras, I built a program that, given a target color and a set of sample reflectance spectra, will:

In an earlier post, I explored the results of using a large number of metamer sets based on a natural spectra database I have. For this post, I sampled the chromaticity more finely, and switched to the Macbeth CC24 chart, rather than the natural color spectra . I generated  metamer sets, all with L* of 50, with a* starting at -40 and increasing in steps of 8 to 40, and b* covering the same range. I tested with 43 simulated cameras, which gave me a lot of data. I’ll show you the average of the mean CIELab DeltaE 2000 errors across all the cameras, for all the colors in the metamer sets. I’ll also show you the average of the standard deviations (sigmas) of the CIELab DeltaE 2000 errors across all the cameras. That is an indicator of observer metameric error, since for the standard observer that I used all the metamers in a set are the same color, and the sigma of the CIELab DeltaE 2000 errors would be zero. 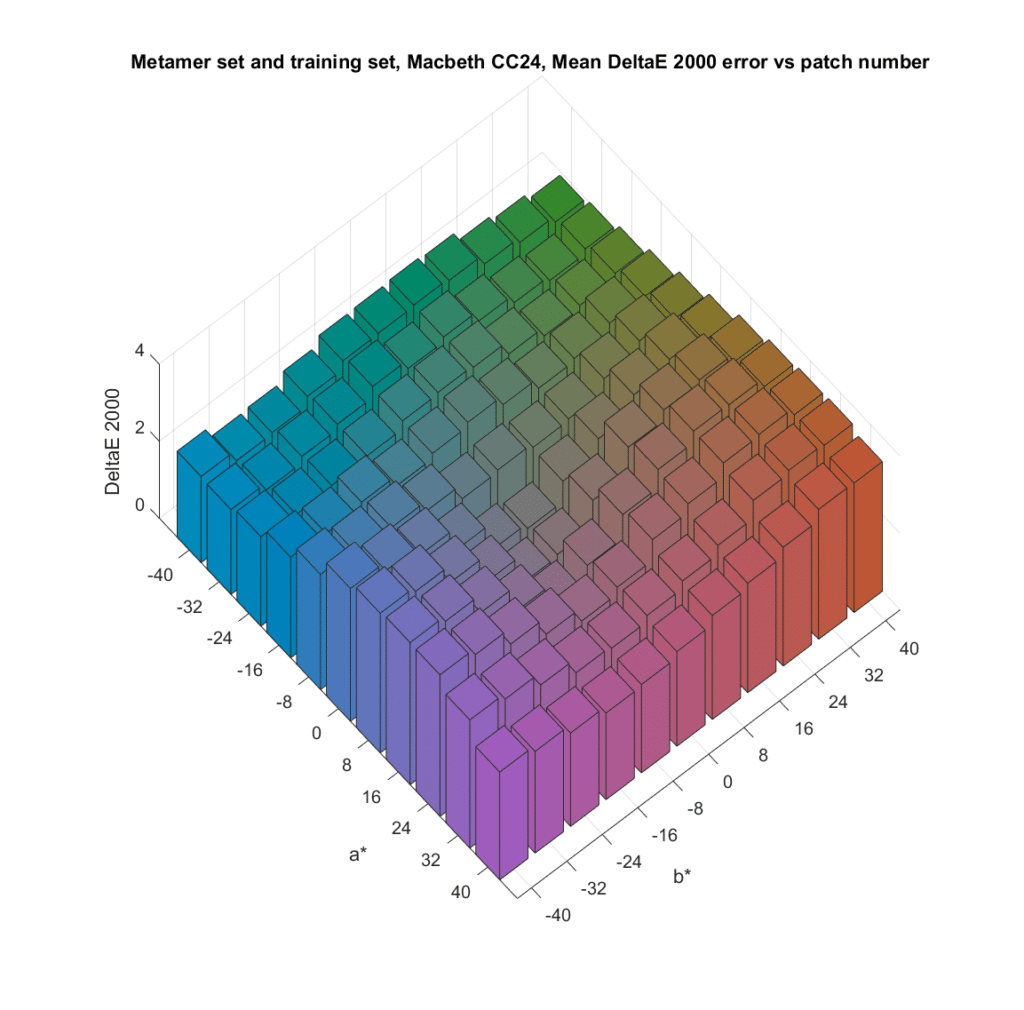 As before, this shows the average error to be the smallest near the gray axis.

Now we’ll look at the metric for observer metameric error: 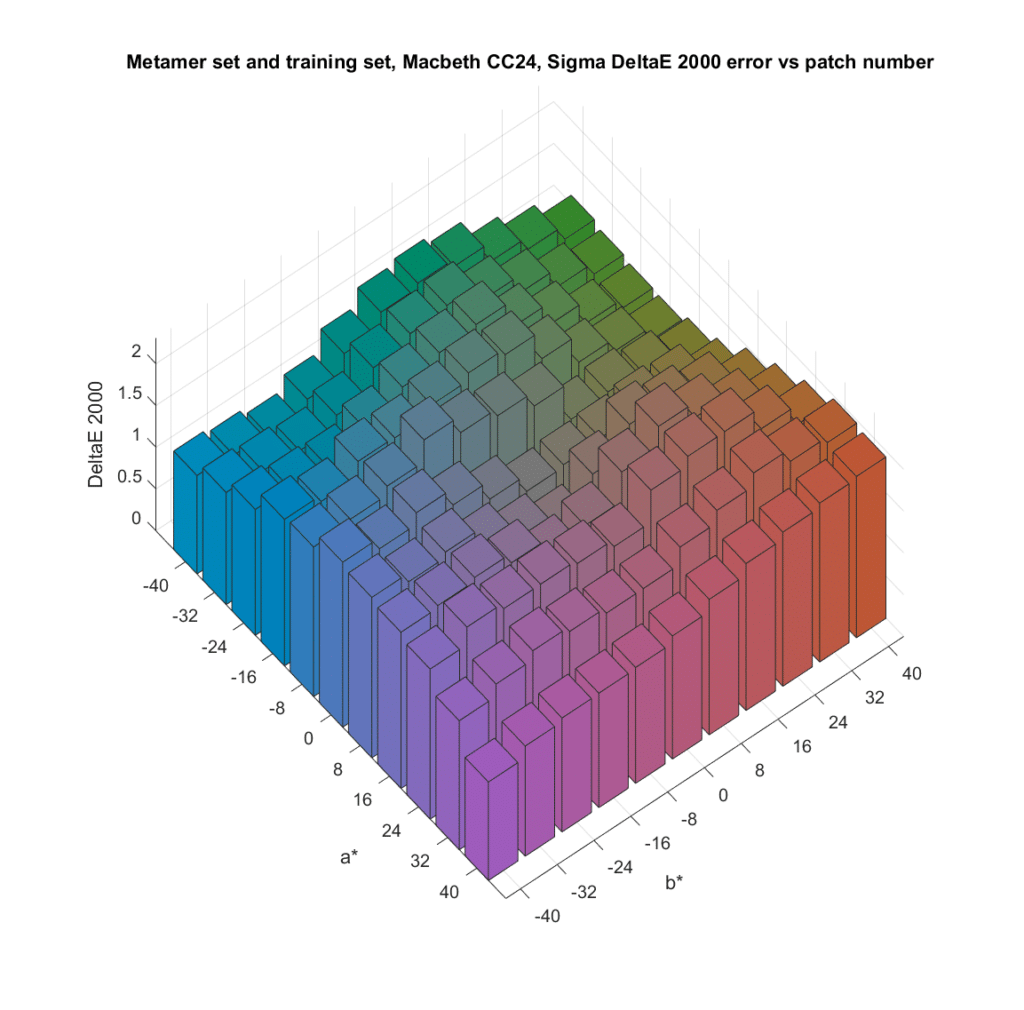 As before, the smallest average observer metameric error occurs near the gray axis, where we saw the lowest absolute errors. 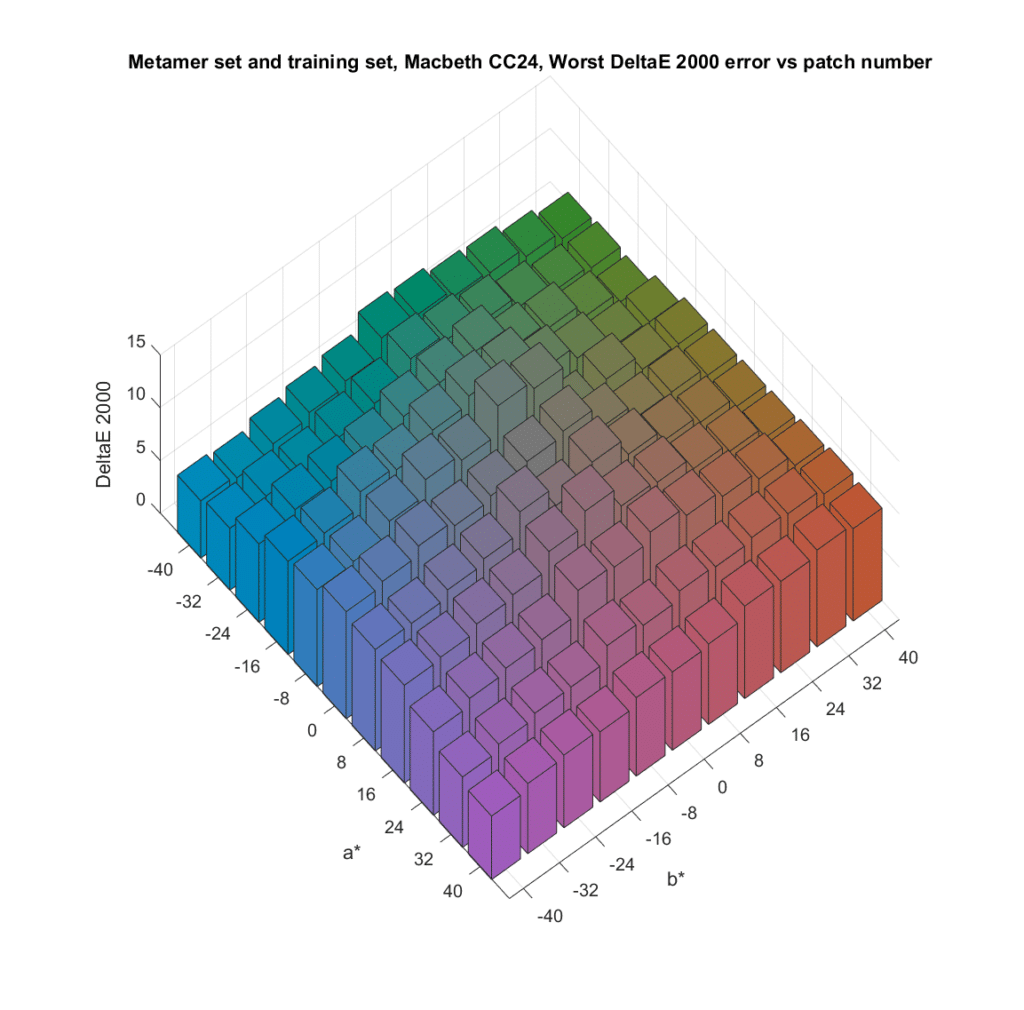 Now I’ll so the same thing, but instead of looking at DeltaE 2000 errors, I’ll look only at the chromaticity errors; 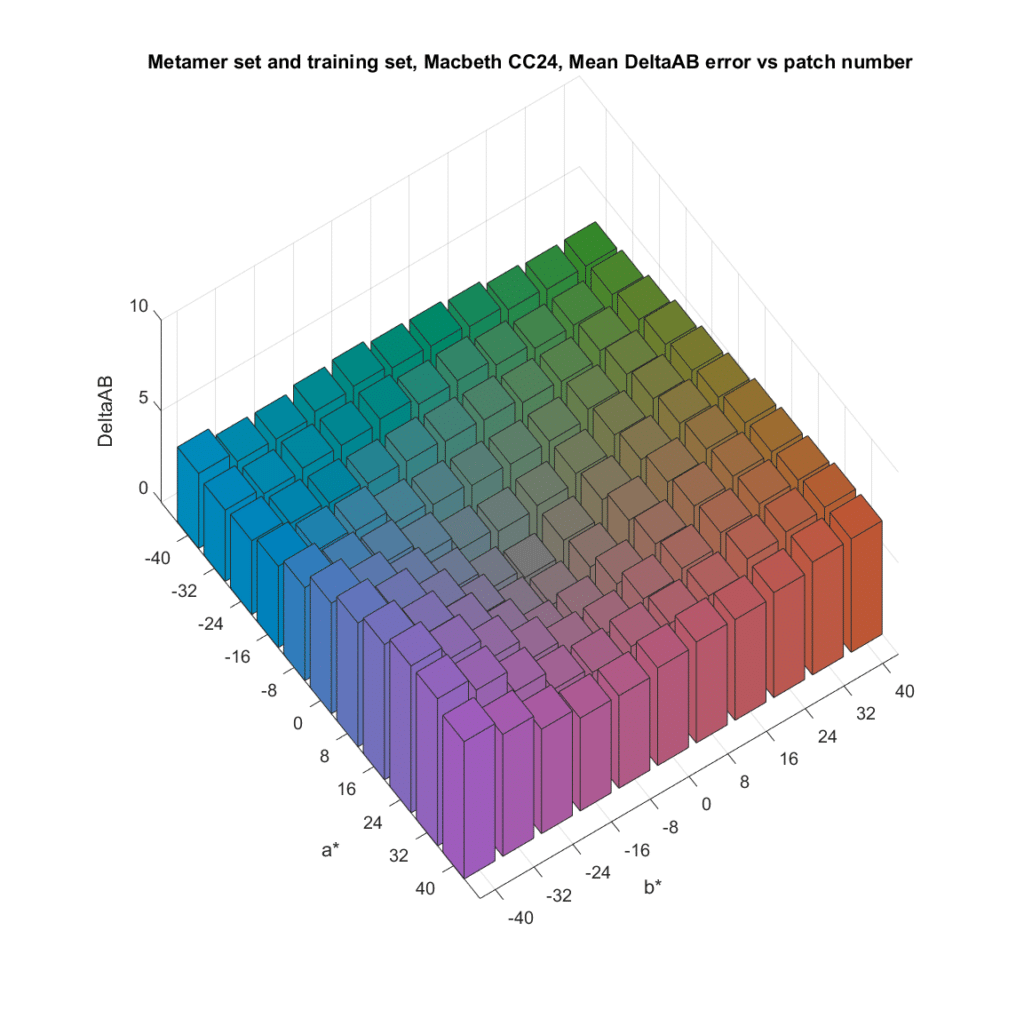 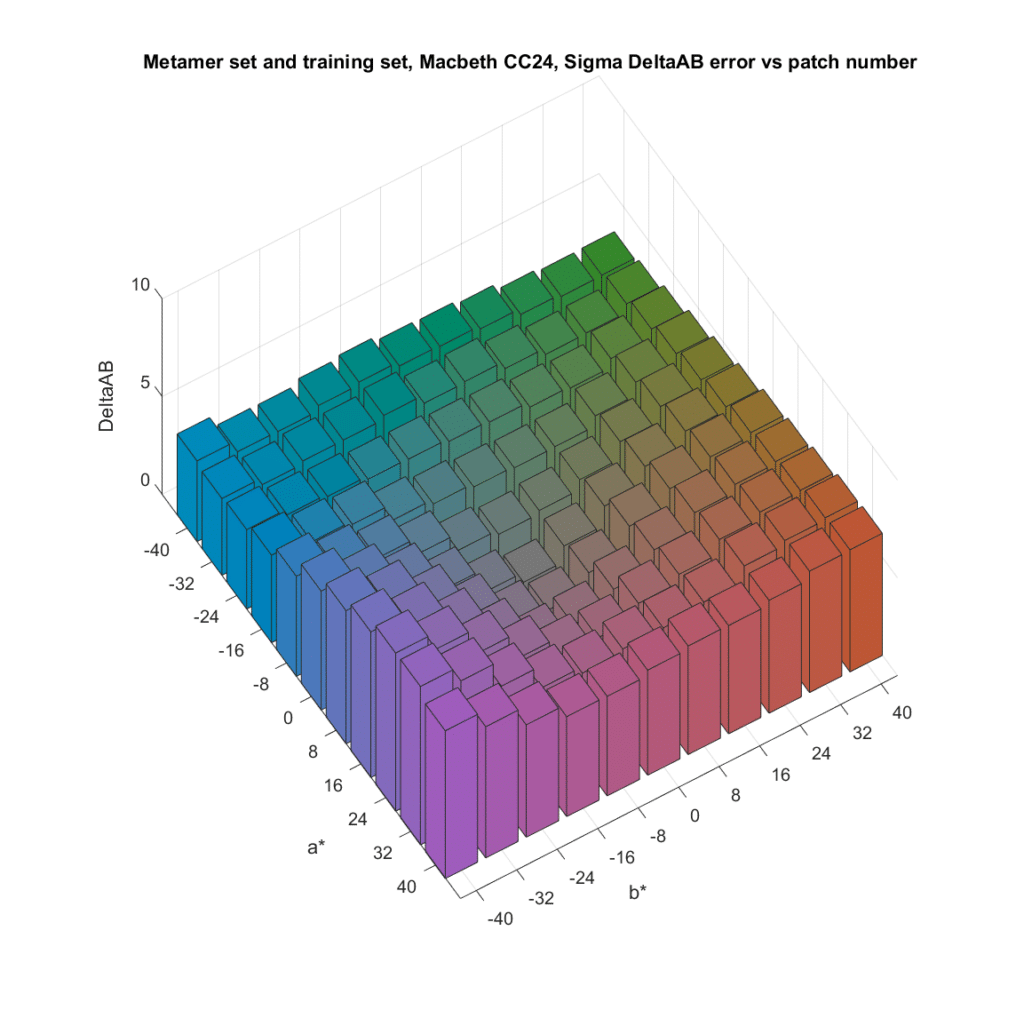 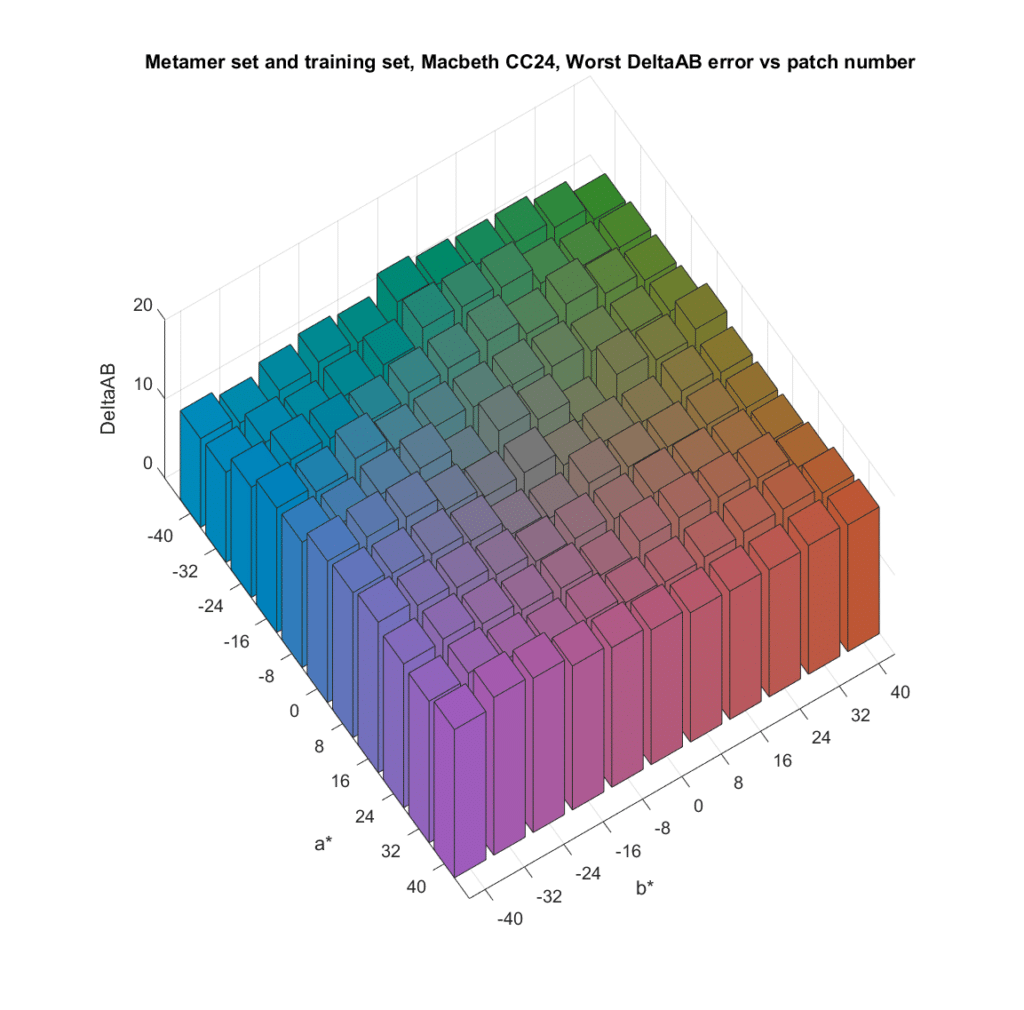