This is the 17th in a series of posts on the Hasselblad X2D 100C camera and the XCD lenses. You will be able to find all the posts in this series by looking at the righthand column on this page and finding the Category “X2D”.

The technique that I used to obtain the images below is explained here.  I moved the camera around and captured the PSFs in one quadrant, then mirrored and assembled them in Photoshop. I used an X2D for the captures.

I’ll just show you the lower left quadrant, since the PSFs are rotationally symmetric. 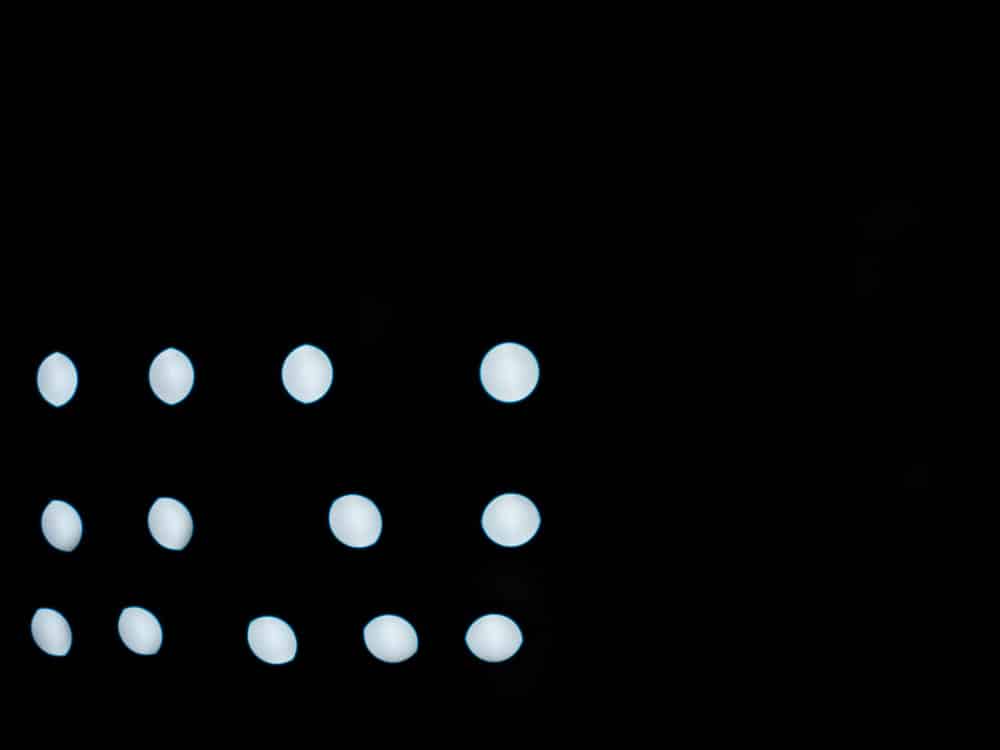 First, note that the aperture blades don’t intrude on the bokeh balls. Also note that there is mechanical vignetting as you move off axis. In the corners, it’s bad enough that the PSF has about half the area that it has in the center.

This is good, but not superlative performance.

If you stop the lens down to f/2.8, you can see the diaphragm blades. 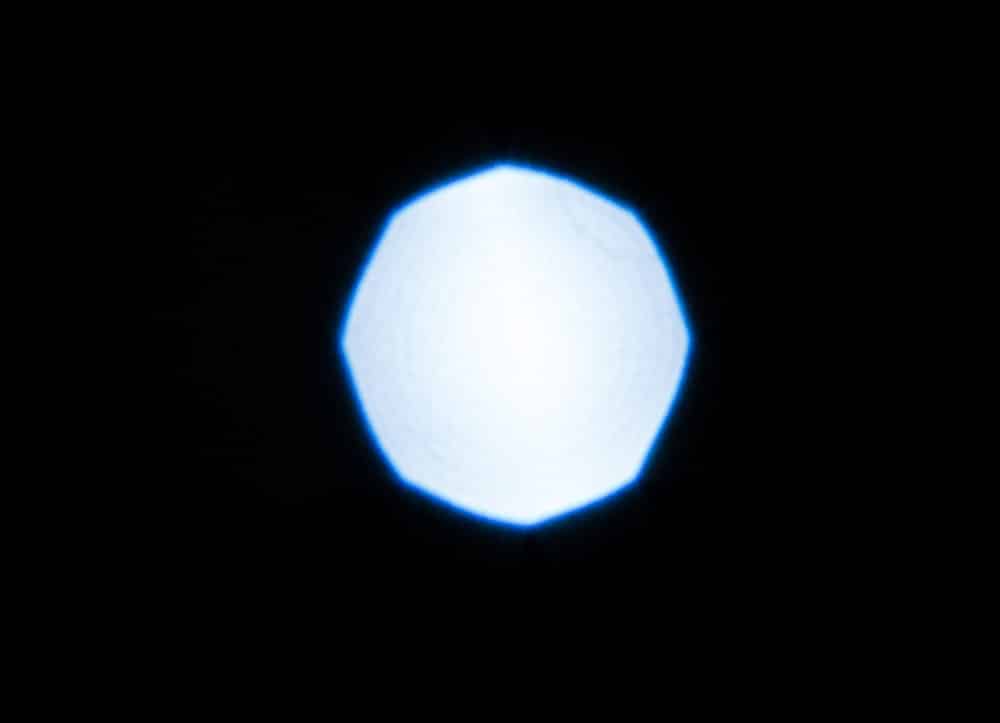 There are only eight segments. You can see that in the sun stars. 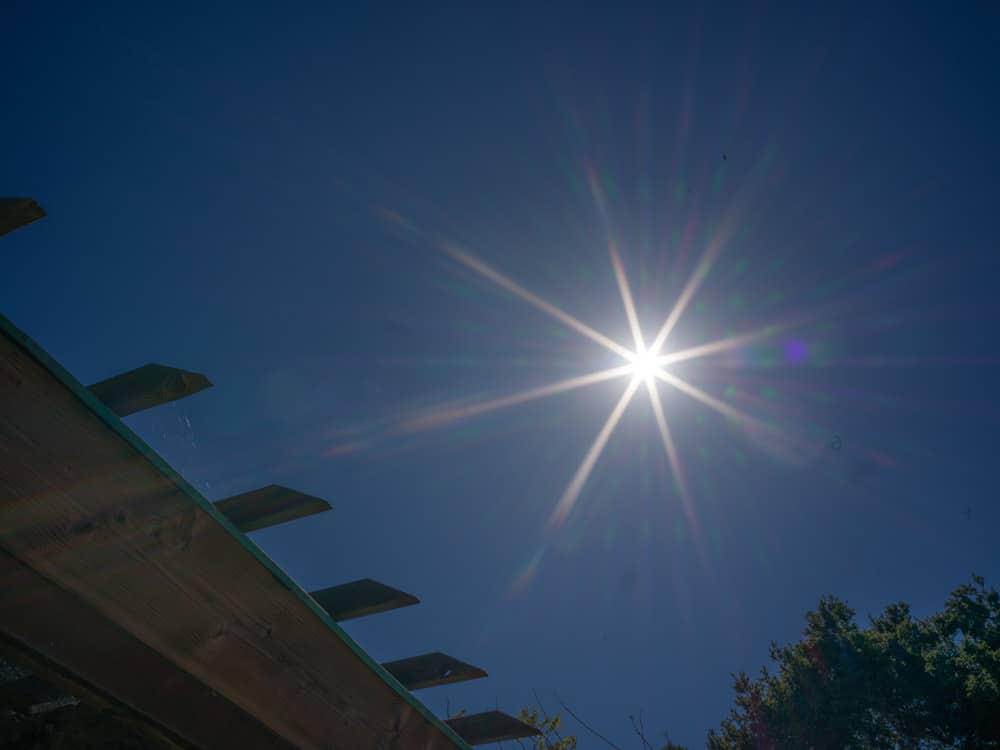