This is the 18th in a series of posts on the Hasselblad X2D 100C camera and the XCD lenses. You will be able to find all the posts in this series by looking at the righthand column on this page and finding the Category “X2D”.

In the computer business, there’s a saying: “Lies, damn lies, and benchmarks.” It’s a riff off a Mark Twain quote: “There are three types of lies: lies, damned lies, and statistics.” Benchmarks are tricky in two ways. They may not measure what you think they’re measuring, and they can be gamed. The CIPA image stabilization test is a benchmark, which attempts to boil something very complex and multidimensional into a single scalar quantity. It doesn’t measure what I think it ought to measure, and it is susceptible to camera manufacturers designing their image stabilization systems to perform well on the CIPA test instead of — or hopefully, in addition to — doing well in the real world.

In the last few years I’ve watched the CIPA stabilization numbers skyrocket, without anywhere near that much increase in the sharpness of my real world images. Now we have the Hasselblad claim that the X2D has 7 stops of IBIS stabilization.  Color me skeptical. Not skeptical that the camera can actually achieve that level of performance on the CIPA tests, but deeply skeptical that it does that well in the circumstances that matter to me. To put this in perspective, this means that If you could get a sharp-enough-for-you shot with no IBIS at 1/125 second, you could get the same sharpness at 1 second with IBIS.

But I have thought I knew the outcome of tests that I was about to run and found out that the world works differently than I thought. That’s why I do the tests. So I tested the X2D.

I used the following test procedure:

Developed in Lightroom CC defaults except for the following 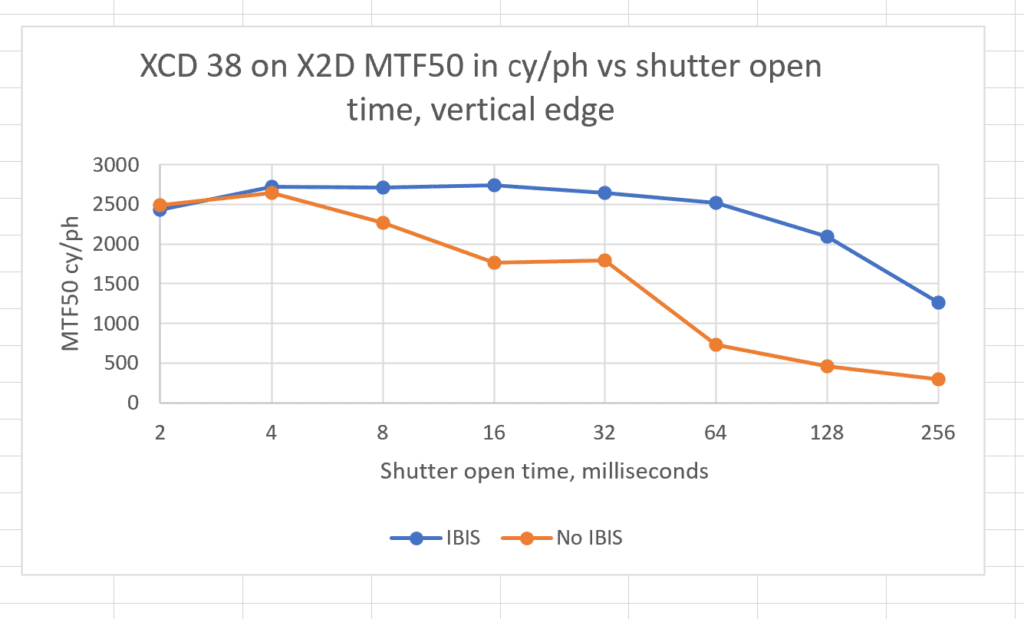 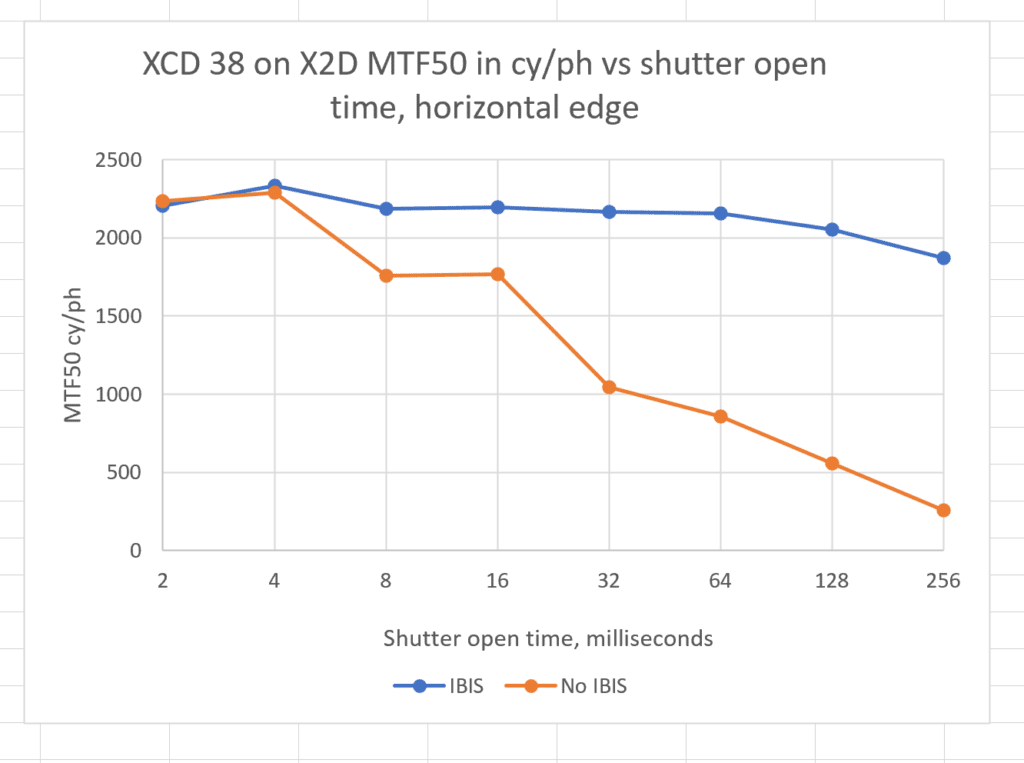 Now, let’s look at how many stops improvement there is. 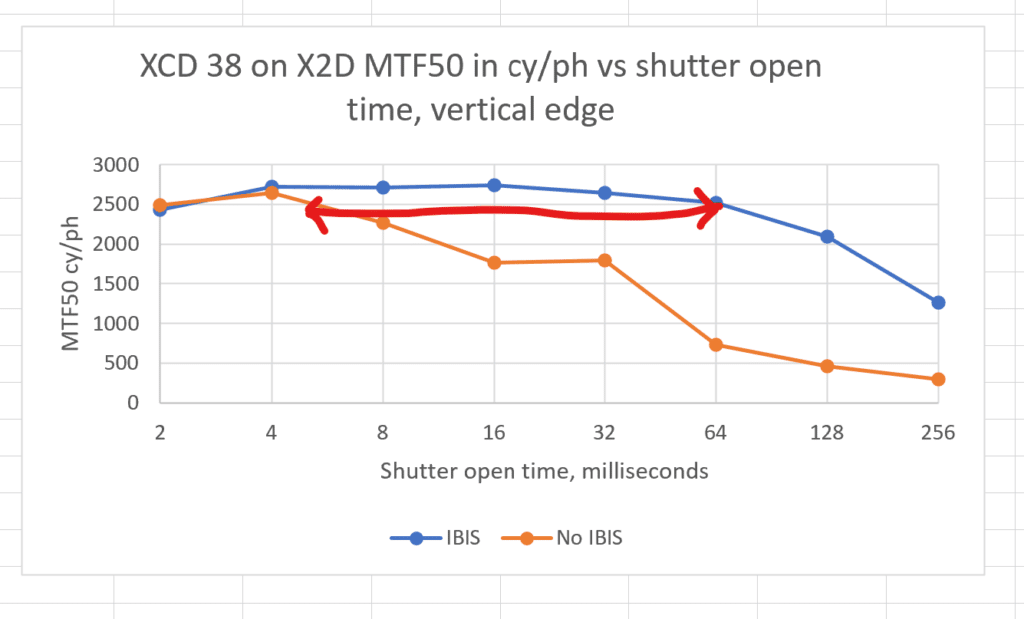 I call that a bit under 4 stops. 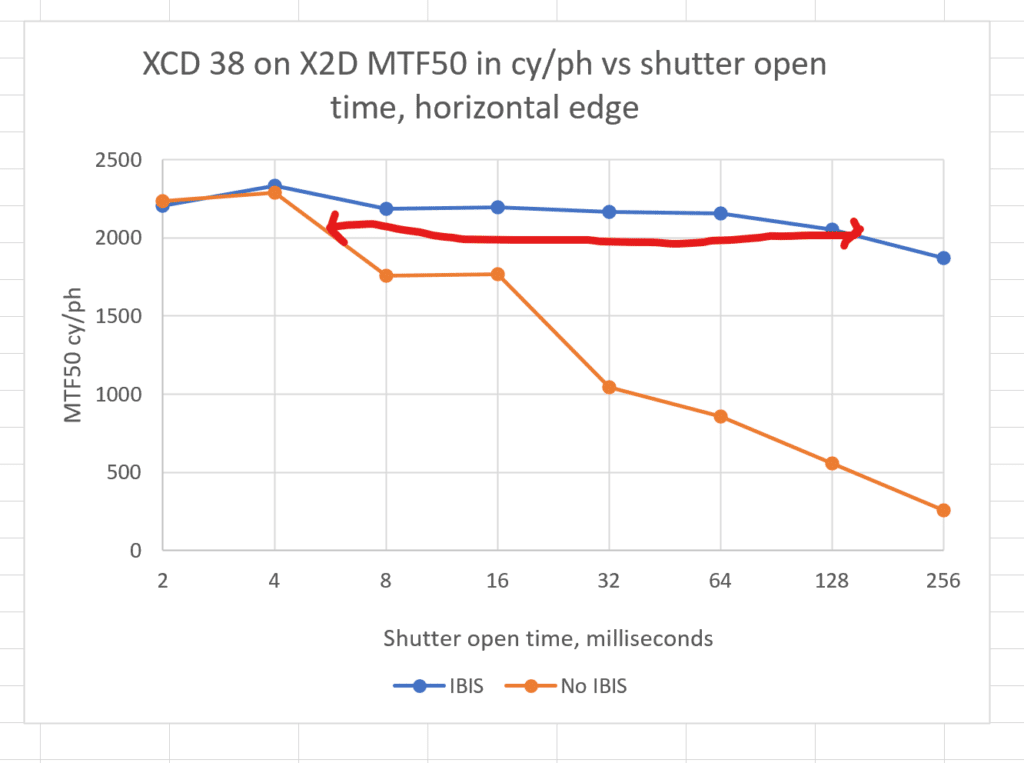 It’s not seven stops, but this is very good performance.

There’s another way of looking at IBIS performance. Rather than set as the metric the average sharpness of the image, we can look at the worst likely sharpness. I’ve chosen the mean minus two standard deviations (sigmas). If the distribution is Gaussian, that means that 2 in 100 shots would be worse than that metric. 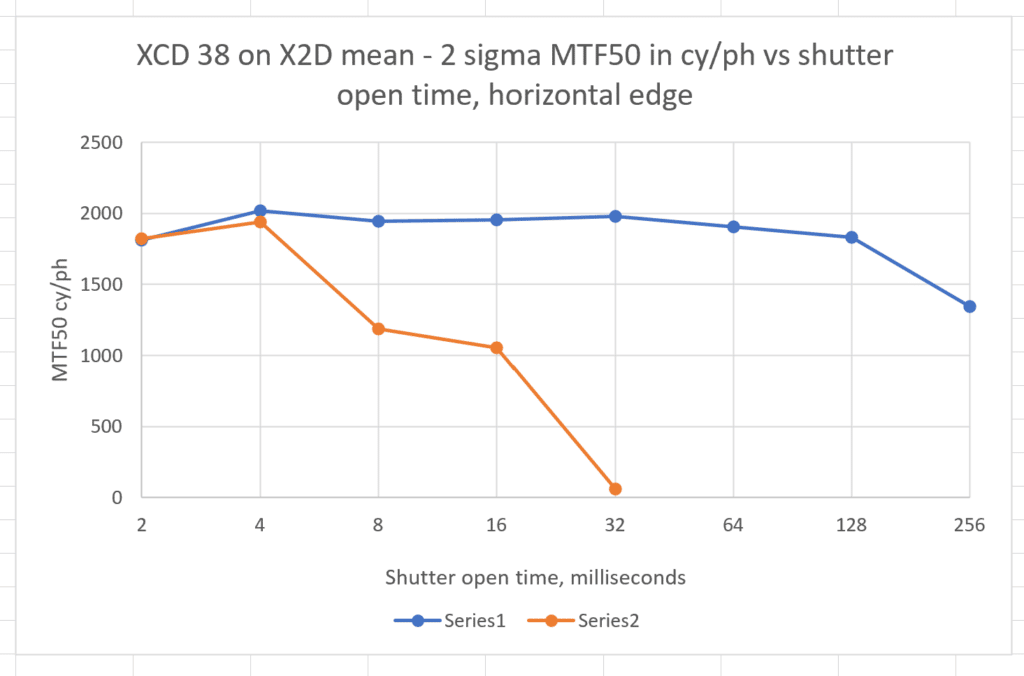 Oops! Series 1 is IBIS, and Series 2 is no IBIS for the rest of this post.

Constructing lines to see how many stops we’re gaining with IBIS: 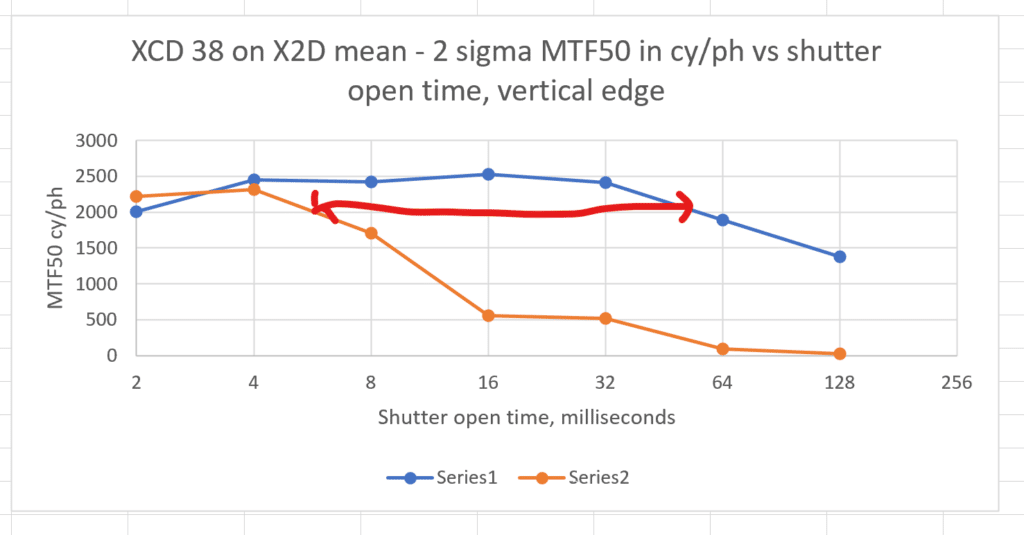 A bit over three stops here. 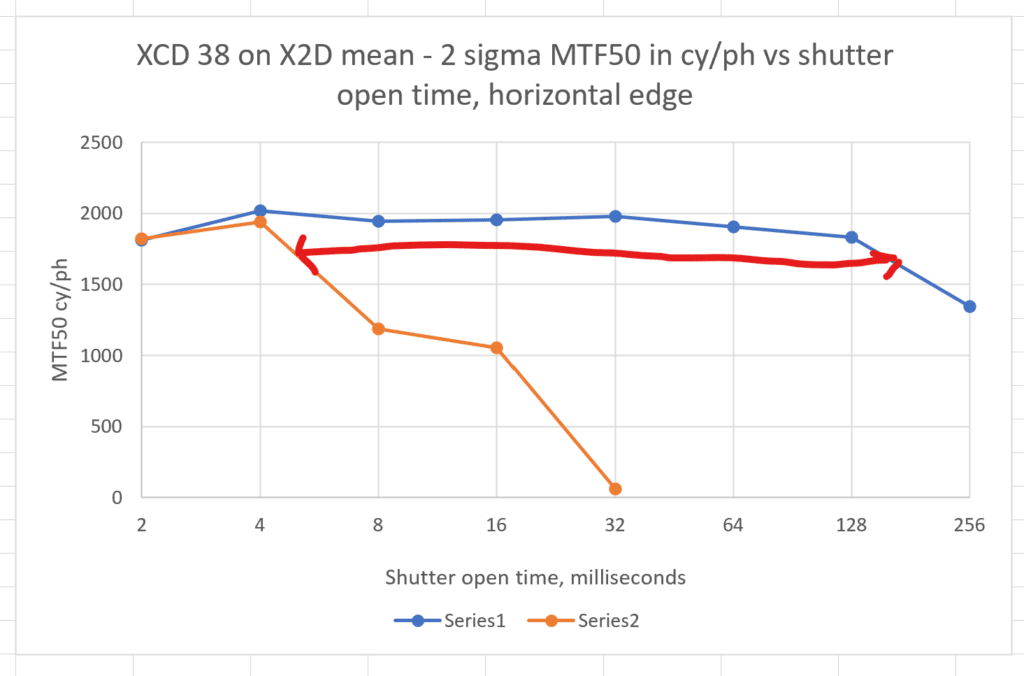