I finally put a lens on my a7RIV. It was the 90 mm f/2.8 Sony macro. I used it to make a set of uncompressed raw images from which I could plot photon transfer curves. I used EFCS. One of the chief uses of such curves is to calculate the full well capacity (FWC) and input-referred read noise for the camera.

Here’s what I got for FWC: 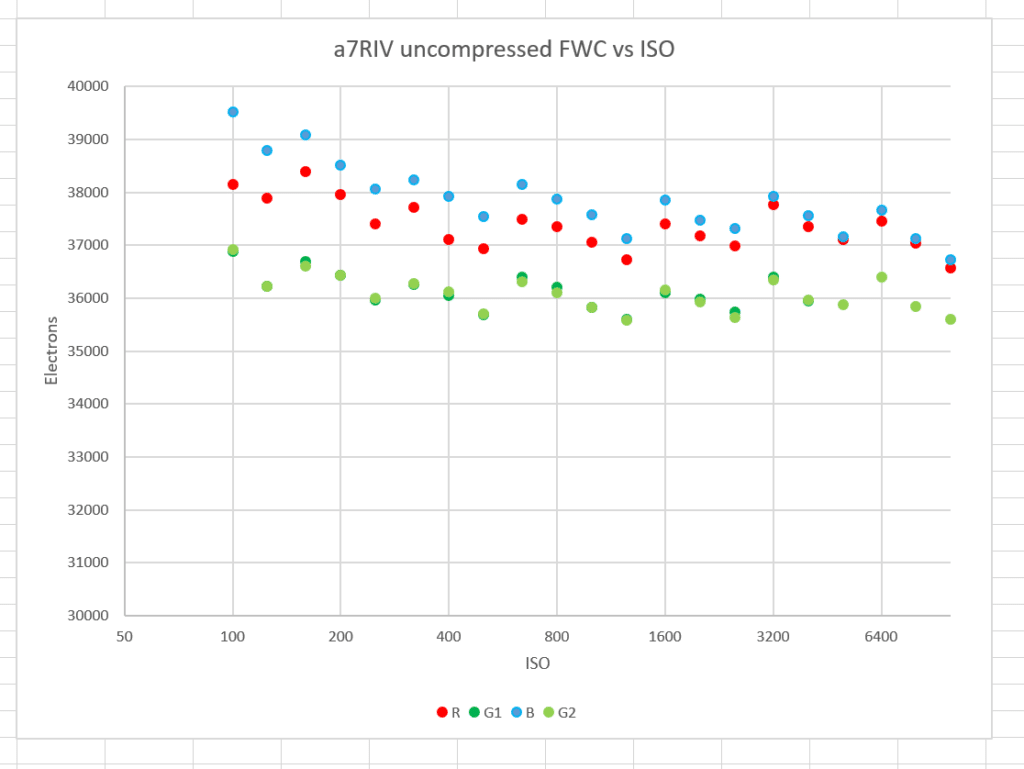 I made separate measurements on each of the raw channels at each ISO from 100 through 12800. Then I calculated the FWC at base ISO from each set. That’s what’s plotted above. The reason to do all the testing at all the different ISO settings is to catch errors and abnormalities in the camera. For example, if the capacitance ratio between the low-conversion-gain and high-conversion-gain ISO settings were wrong, there’d be a discontinuity in the scatter.

From this, I conclude that the base ISO FWC of the a7RIV is about 37000 electrons. This is lower than I measured with the GFX 100, which is a surprise. It may be that the processing the GFX 100 does to suppress PDAF banding has confused my calculations.

Now that we know the FWC, we can compute the read noise in terms of electrons on the photodiode: 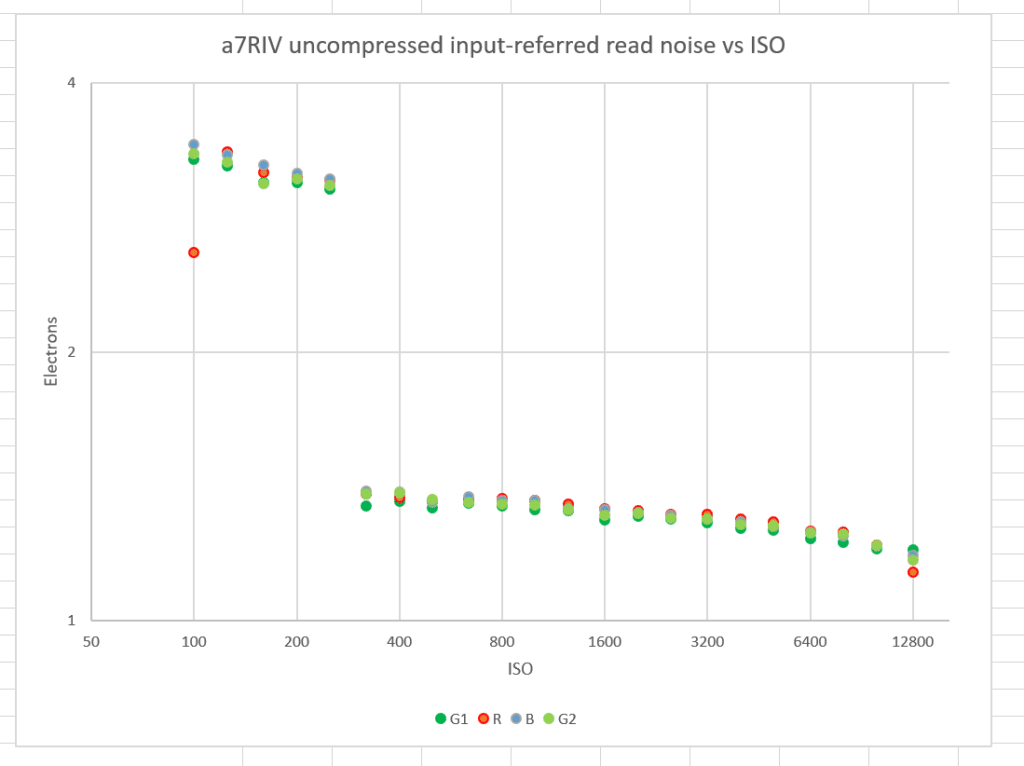 I don’t know what that red-channel outlier at ISO 100 is. I suggest ignoring it. You can see the Aptina DR-Pix algorithm doing its job in the sudden drop in read noise upon the transition from ISO 250 to ISO 320, at which point the camera switches into high-conversion-gain mode. You can also see that the camera is essentially ISOless above ISO 320.

The photon transfer curve also allows the calculation of photographic dynamic range (PDR). I’m uins Bill Claff’s definition, which is full scale divided by the mean signal level that, when referenced to an 1600-pixel-high print, gives a signal to noise ratio of 10. The plots that I now use gives more information thatn that. Let’s take a look at one: 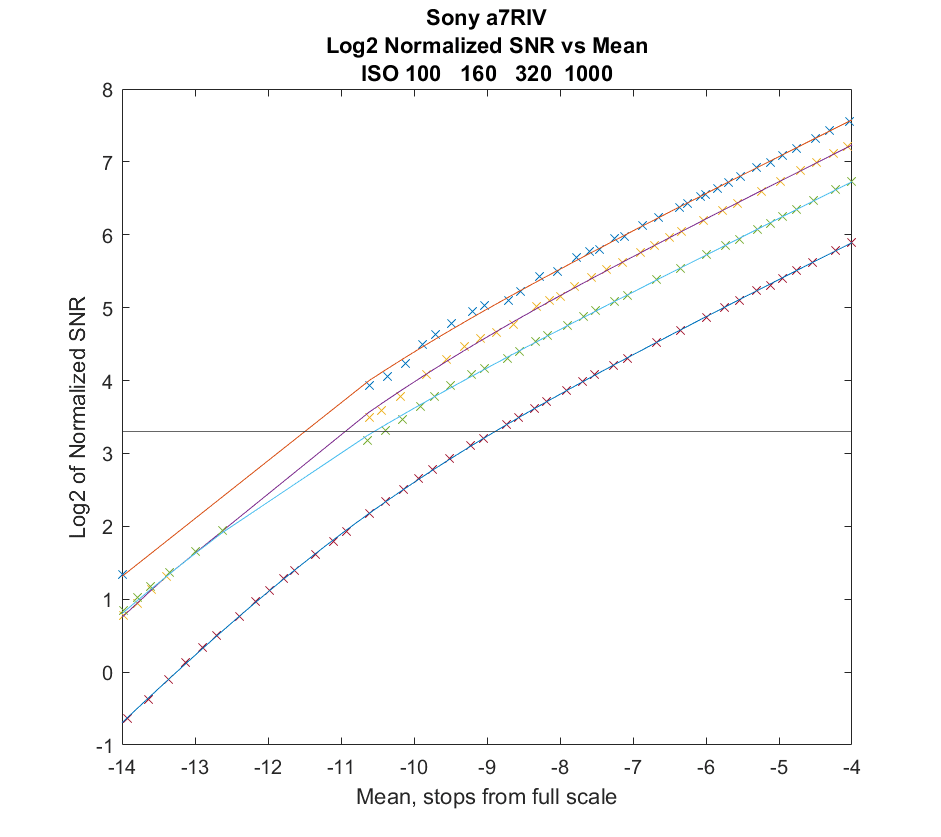 The horizontal axis is the mean signal level in stops from full scale. The rightmost part of the graph is 4 stops down from full scale, so we’re already at middle or dark gray there, and it gets darker as you go to the left. The vertical axis is the signal to noise ratio normalized to a 1600-pixel-high print. The crosses are measurements, and the lines are modeled data; they are in agreement. The black line at 3.3 marks the Claff PDR threshold (log base 2 of 10 is 3.3). The Claff PDR is measured by looking at where each curve crosses the black horizontal line. Bill gets’ 11.6 for the a7RIV PDR at base ISO. Using completely different methods, I get about the same.

If you want to see all the ISOs, here goes: 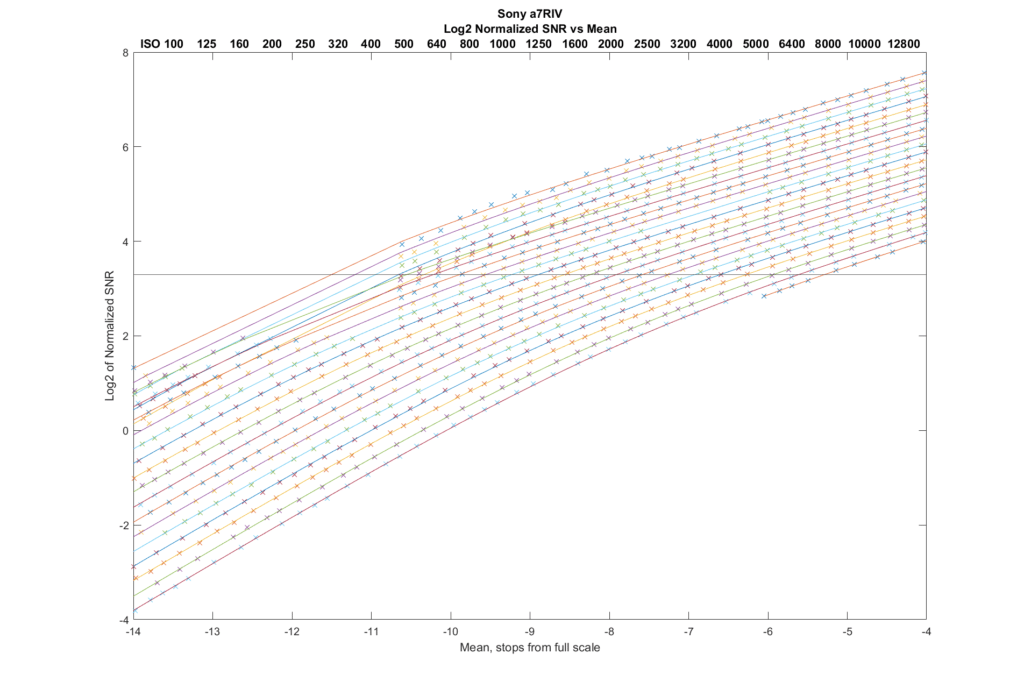 With some advice from Jack Hogan, I’ve corrected the read noise and FWC graphs to take into account the prescaling gains that the a7RIV employs. 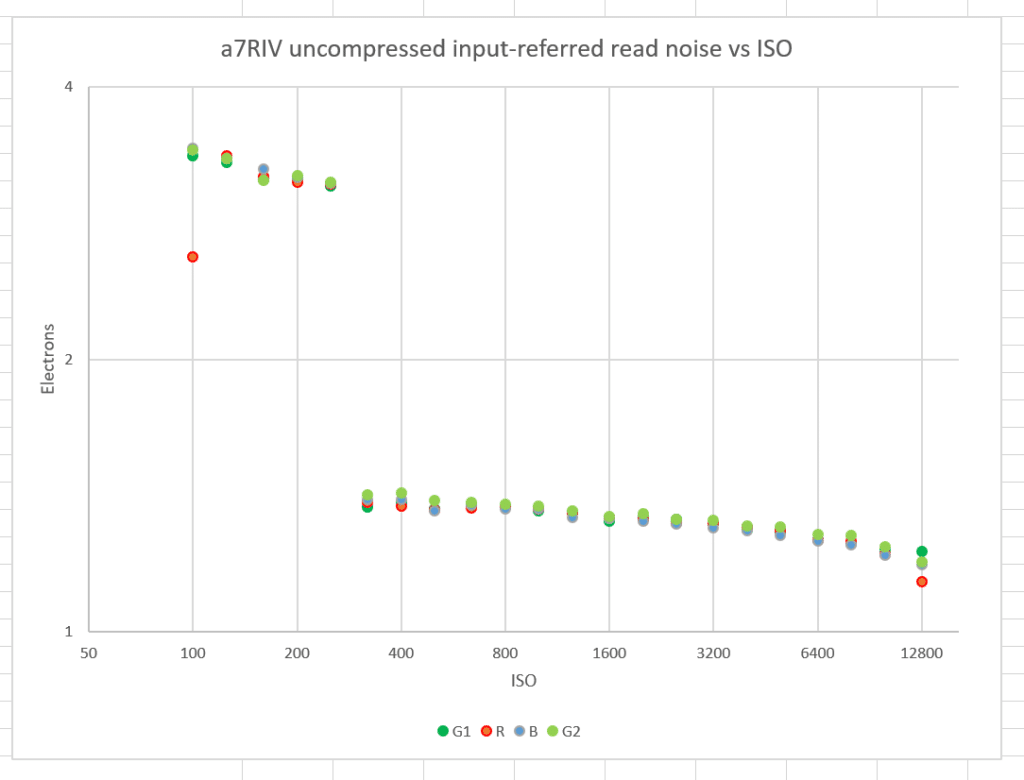 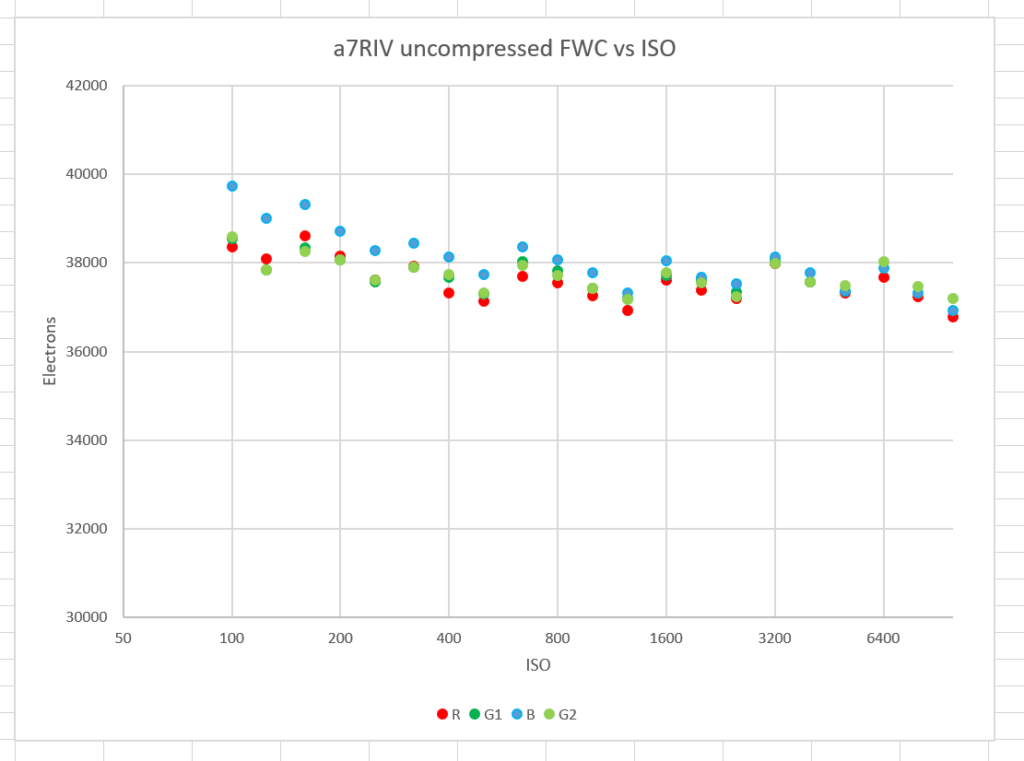