You are here: Home / a7RIV / Camera resolution and 4K viewing

For some time, there has been a strongly vocal body of opinion that the benefits of high-resolution cameras can improve even severely downsized presentations. For the purposes of this discussion, I’ll say that any camera with more than 42 MP is a high-resolution camera. With the advent of the Fuji GFX 100 and the Sony a7RIV, this discussion has heated up again, and I’d light to add a little light to the heat.

I made images of a 22-inch low-contrast Siemens Star with both the a7S and a7RIV. I know some of you would prefer natural-world examples, and I may get to them, but for now I’m going with the star. It is the best way I know — short of numbers and graphs — to understand resolution and aliasing simultaneously. I used a Zeiss Otus 55 mm f/1.4 lens at f/4, with the target about 50 feet away. This lens is capable of delivering detail that neither sensor can fully resolve, and thus the lens should not be the limiting factor here. 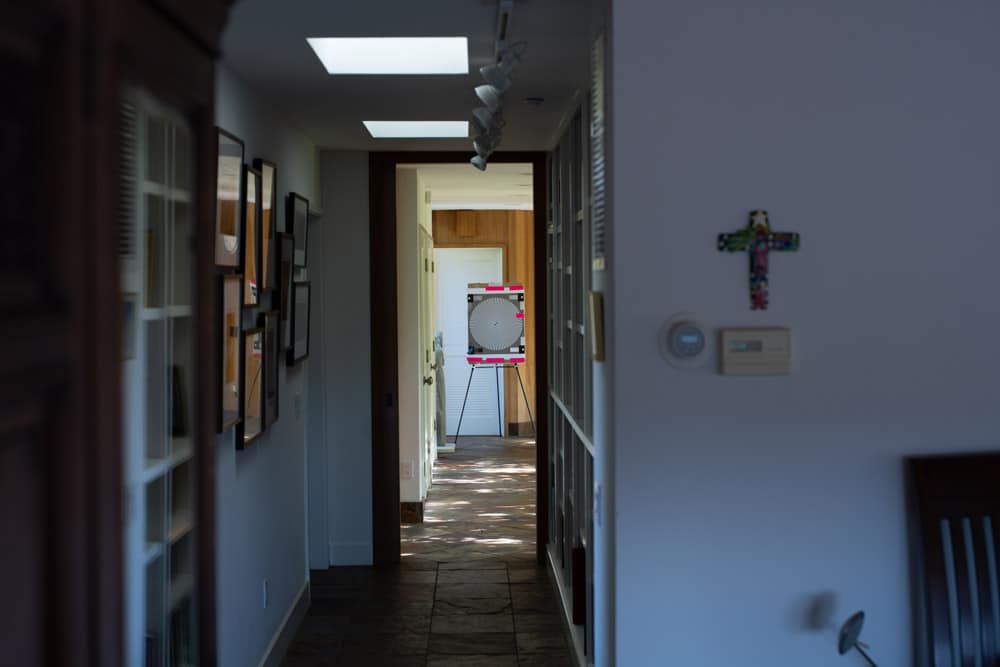 Now let’s look at some tight crops. The a7RIV one is shown here at about 150% magnification. The a7S one has more magnification so that the field of view (FOV) is the same. By the way, be sure to look at these images with your browser set to 100%, or else you’ll be looking at your browser’s resampling.

It is clear that the a7RIV has much higher resolution. But that’s not news. Now let’s look at what happens when I export both file from Lightroom as TIFFs (no sharpening on export) with the dimensions limited to at most 3840×2160 pixels, and crop to the same field of view.

There are some sharpness changes between the two images, but the big difference is that the chroma aliasing is much worse in the a7S image. There is some luminance aliasing in both the a7S and a7RIV images.

Note that the magnification in the two images immediately above is larger than the ones above those, because the 4K images are smaller than the native resolution of either camera. Also, I should point out that, because of aspect ratio differences between 4K and full frame, the uncropped versions of the two images immediately above were not 3840 pixels wide, although they were 2160 pixels high.

What difference does sharpening make? Here are the same set of images with sharpening strength set to 30, radius 1, and detail 0. Note that sharpening with a radius of 1 pixel is a larger filter in terms on micrometers than a 1 pixel radius for the a7RIV, but if we’re trying to clear up sensor aperture blur rather than lens blur, that’s appropriate. You could argue for a stronger or larger kernel for the a7S because it has an anti-aliasing filter, but I didn’t go that far.

I don’t think that changes any of my conclusions, which are:

There are lots of places to take this study. Off the top of my head: