We saw in the previous two posts that the per-pixel sharpness of the GFX 100 is less than that of the GFX 50S. What should the base Lightroom sharpening settings be? By base settings I mean those that to some extent counteract the softening of the sampling aperture of the pixels in the sensor with an excellent lens, at an optimum aperture, in focus, and with no camera or subject movement. I’m going to look at that here, with a GFX 50S shot for comparison.

For the previous post, I had a very sharp image of a razor blade slanted edge with the Fuji 110/2 lens (which is itself very sharp) with both the GFX 100 and GFX 50S. I brought bought images into Adobe Camera Raw (ACR), zeroed out the sharpening, and looked at the modulation transfer function (MTF).

There’s already a bit of overshoot in the GFX 50S image, so you could argue that zeroing out the sharpness controls in ACR, or the similar ones in Lr, is the base setting.

Both of these are grossly oversharpened, with dramatic overshoots in the edge profile, and huge humps in the MTF curve.

Let’s back off the sharpening amount to 20, and leave the radius at 1 and the detail at 25:

This is a setting I’ve used successfully with the GFX 50S before, but with a subject this sharp, it’s clearly too much.

This is more reasonable.

We can reduce the overshoot by cutting the detail setting back to 10:

I’ll show you some other reasonable options for the GFX 100. 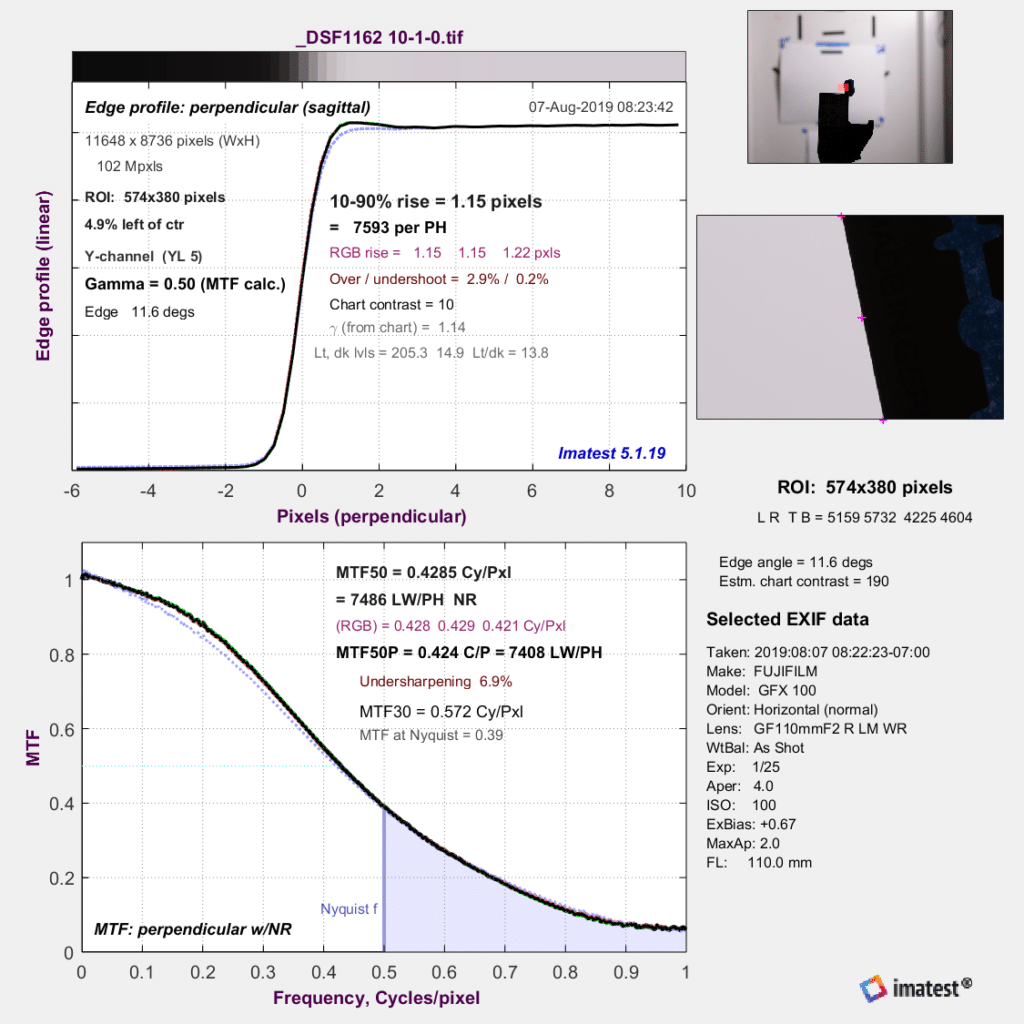 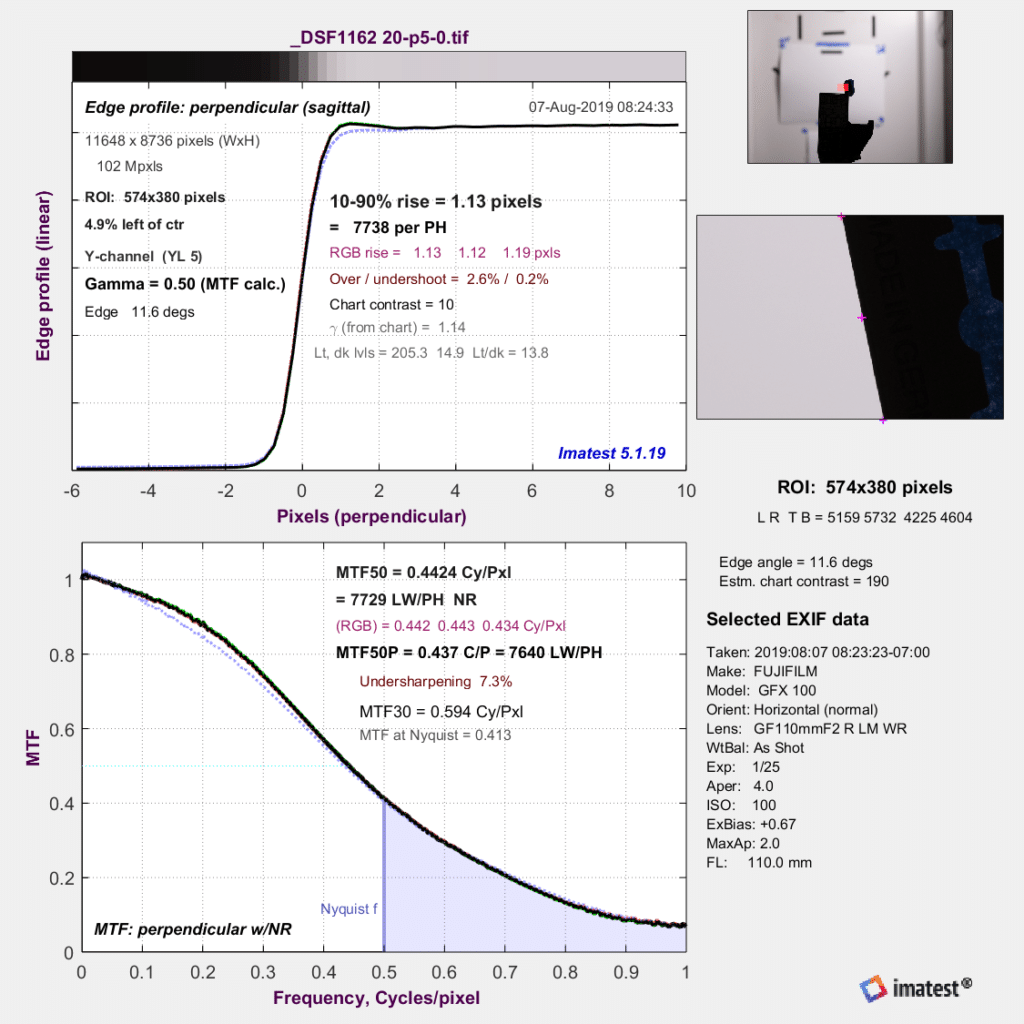 Looking at these curves, it seems like the decreased pixel-level sharpness of the GFX 100 compared to the GFX 50S is not as significant as what are usually considered moderate sharpness moves in Lr or ACR.

In the real world, subjects are hardly ever as sharp as razor blades, focus is rarely as precise as these focus-bracketed shots, subject motion is not usually as low as the test images, and camera motion is usually greater than what I got with a Foba camera stand on vinyl tile over 6-inch concrete on grade a mile from the nearest highway, so the amount of capture sharpening that is appropriate for actual photographs will probably be more than what’s right for these.