Sometime sharpness leads to aliasing, which is, in IMHO, unphotographic and ugly. I realized in the microcontrast charts, that I had created a tool for measuring the aliasing potential of the GF primes on the GFX 100S.

The second judgement call is how much aliasing is acceptable. In terms of the microcontrast plots that I’ve been showing you, that means that sensor response below some contrast ratio may be safely ignored. I tend to favor 5%, or 0.05.

Before I show you the graphs, I’d like to talk a bit about the criteria, and ground that discussion in some images. Have a look. My take is that the aliasing at f/11 is visible, but minimal. Keep that in mind.

Here are all the GF short primes at a spatial frequency of 0.33 cycles/pixel: 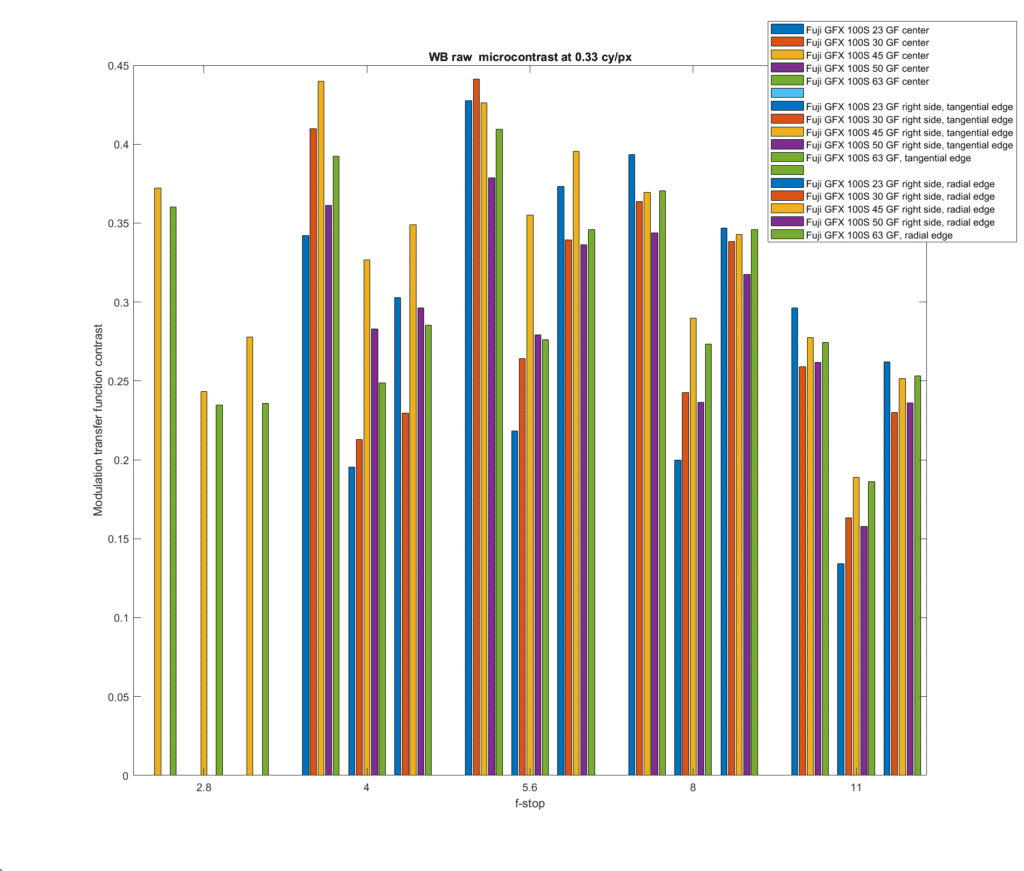 And the long primes: 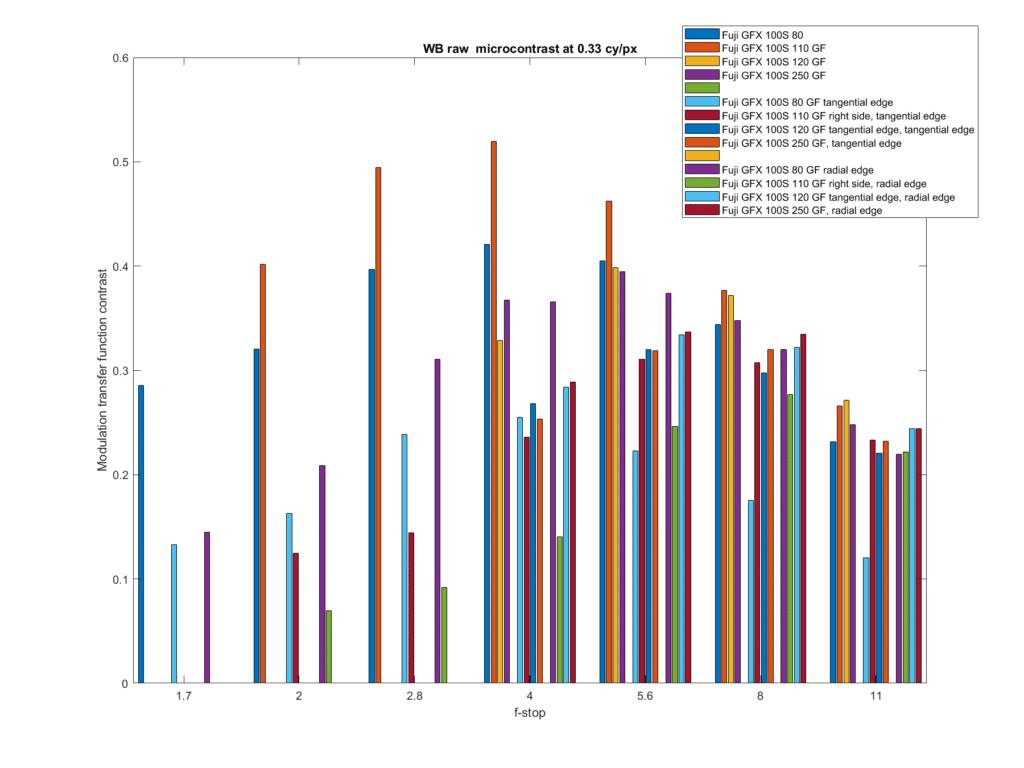 Look at the 110 at f/11, on the lens axis. It has contrast of about 0.27 there. So we can call contrast of 0.27 at 0.33 cycles per pixel to be on the threshold of where visible aliasing disappears. Now note that, at some apertures wider than f/11, and in some orientations, all the lenses tested can exceed that contrast, both on and off the lens axis.

Now looking with a threshold of 0.5 cycles per pixel: 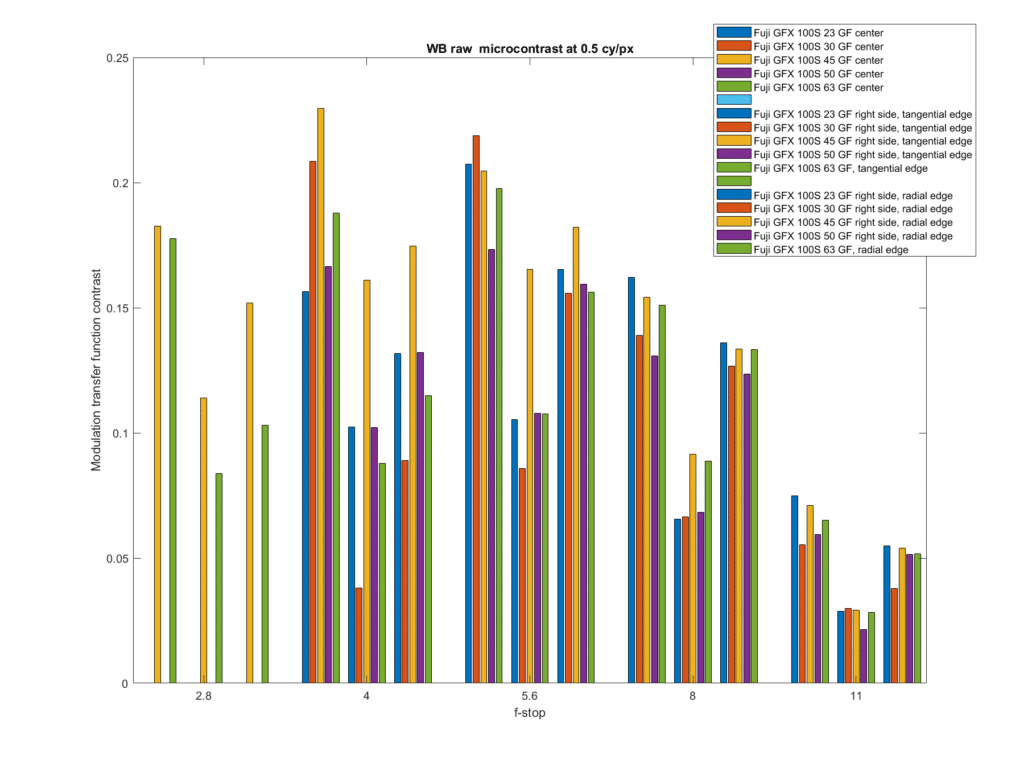 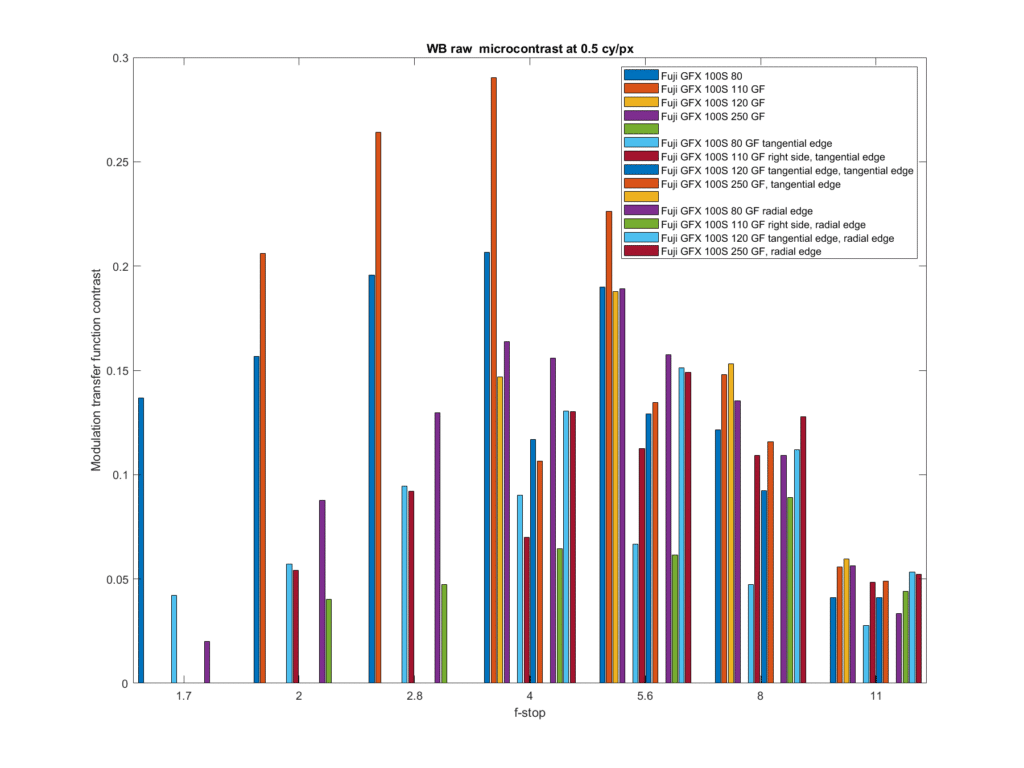 The contrast of the 110 at f/11 on axis is about 0.05. At some wider apertures, all the lenses can generate numbers higher than that, both on and off axis.

My conclusion is that with the GFX 100S, and by extension the GFX 100, you have to watch out for aliasing pretty much anywhere in the frame at f/8 and wider. There is an exception: the f/1.7 and f/2 lenses near wide open off the axis. With the GFX 50S and GFX 50R, the situation is even worse. Of course, you can get lucky and not have a subject with a lot of high spatial frequencies. Or you and your audience may not be sensitive to aliasing.