In the previous post, I showed you how color-accurate three cameras — the Sony a7RIII, the Nikon Z7, and the FujiFilm GFX 50S — were when using the two most accurate Adobe-supplied color profiles in Lightroom and Adobe Camera Raw. Now I’m going to discuss the other three Adobe profiles, Adobe Landscape, Adobe Portrait, and Adobe Vivid. 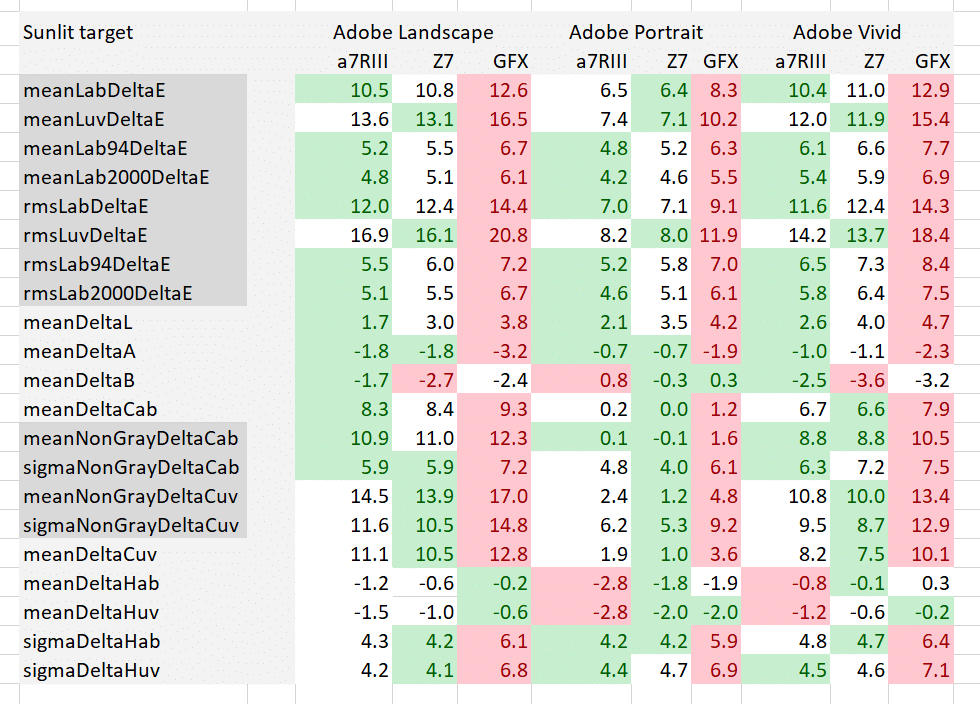 I’ll repeat my crib sheet from the last post:

In all cases, the white balance in Lightroom was set to the third gray patch from the left. The least accurate results for each three-camera series are highlighted in red, and the most accurate in green.

Now we’ll look at the magnitude of the errors for each patch with all three cameras and Adobe Vivid Profile balanced to the gray patch. 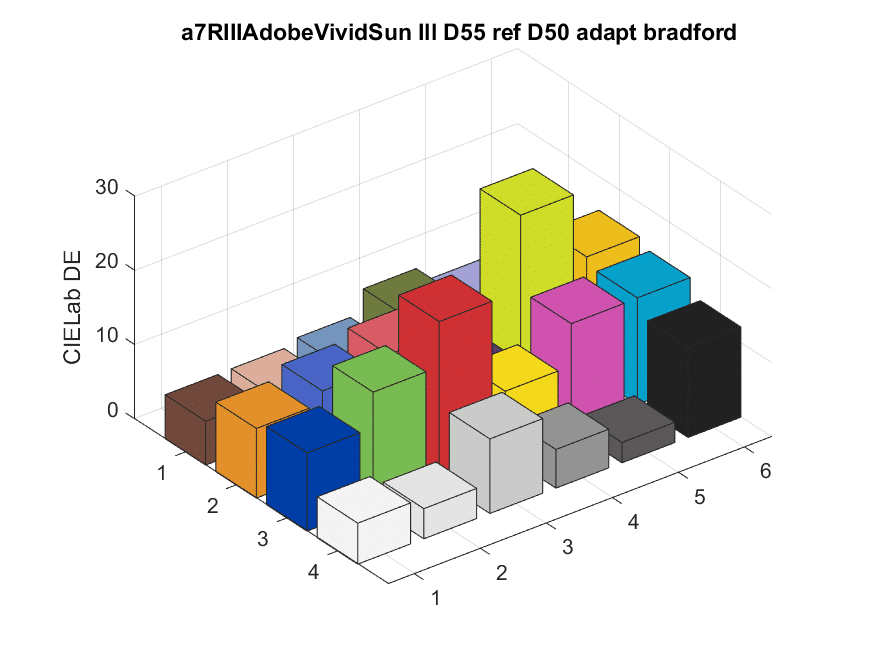 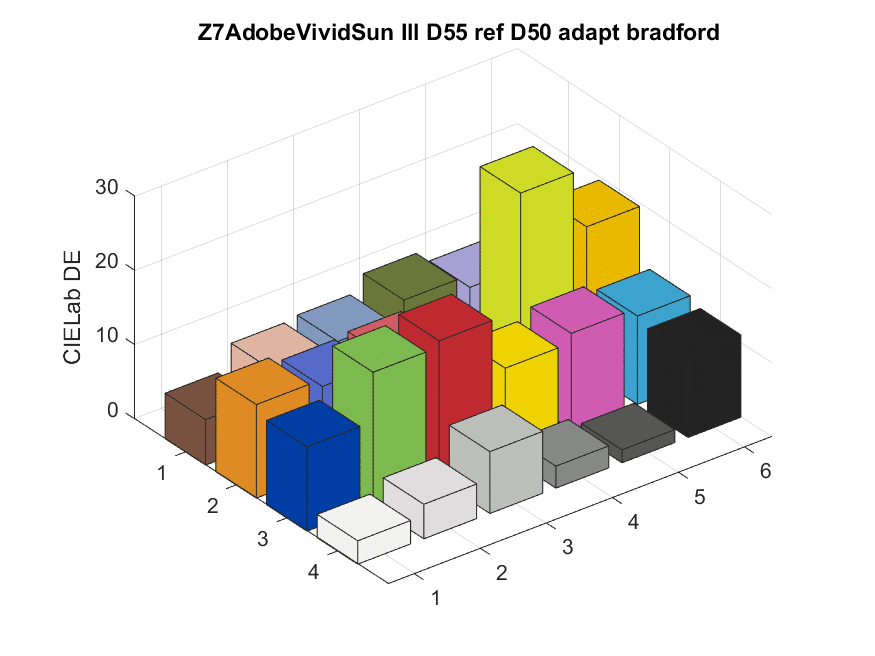 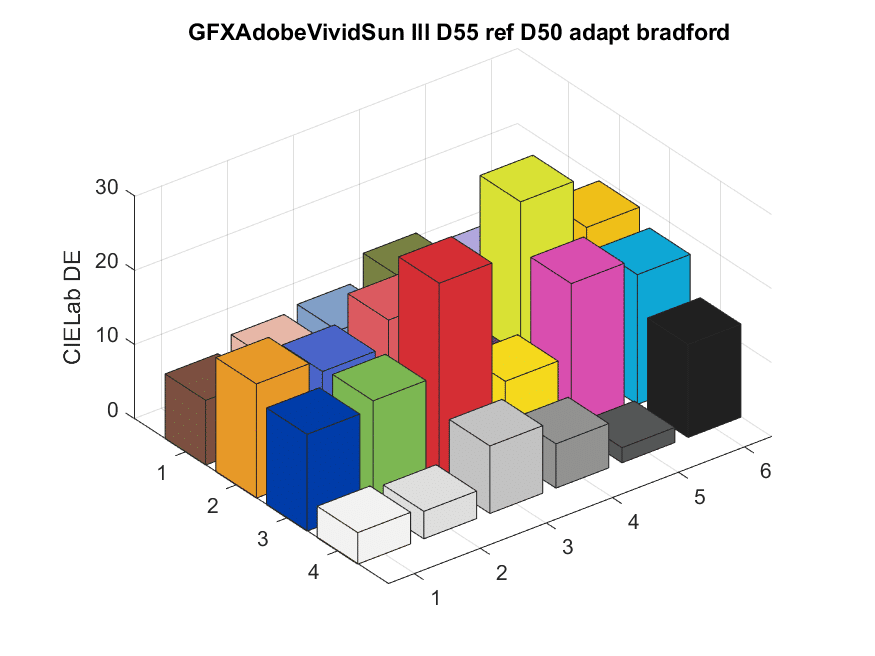 Even the gray patches are off a lot. That’s because Adobe Vivid amps up the contrast as well as the chroma. These charts don’t look that different from each other. The changes that Adobe Vivid wrecks upon images swamp out differences in camera calibration. 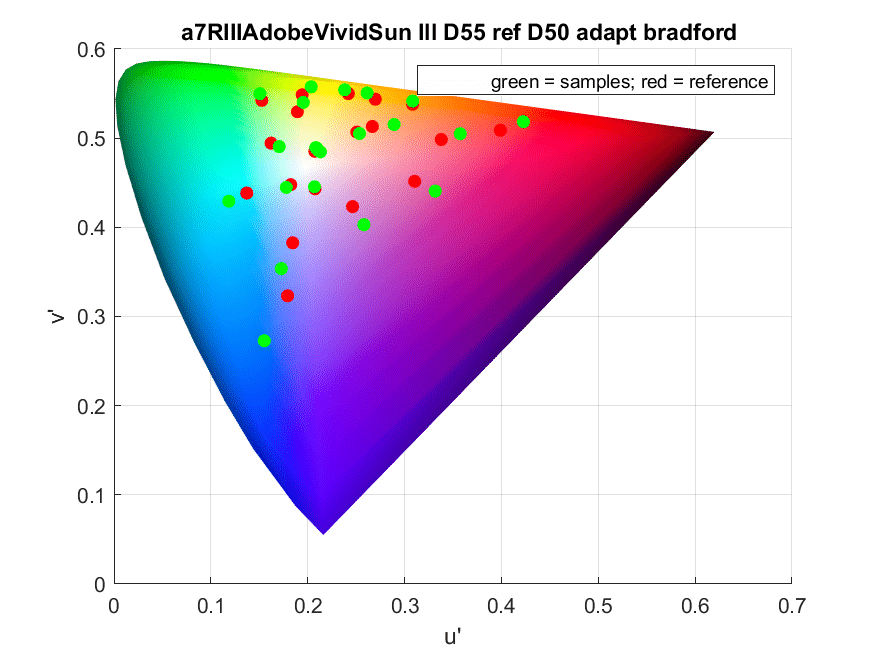 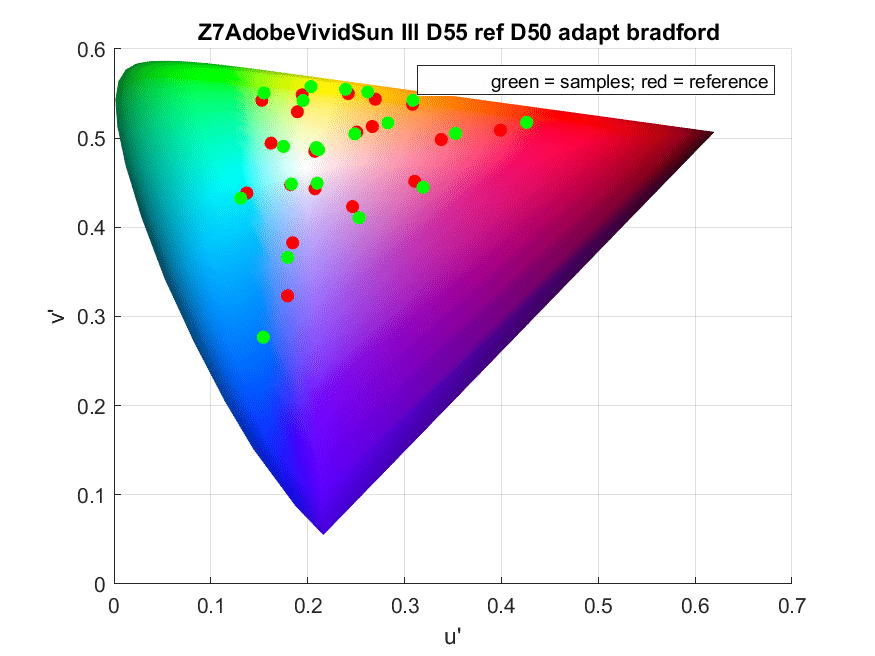 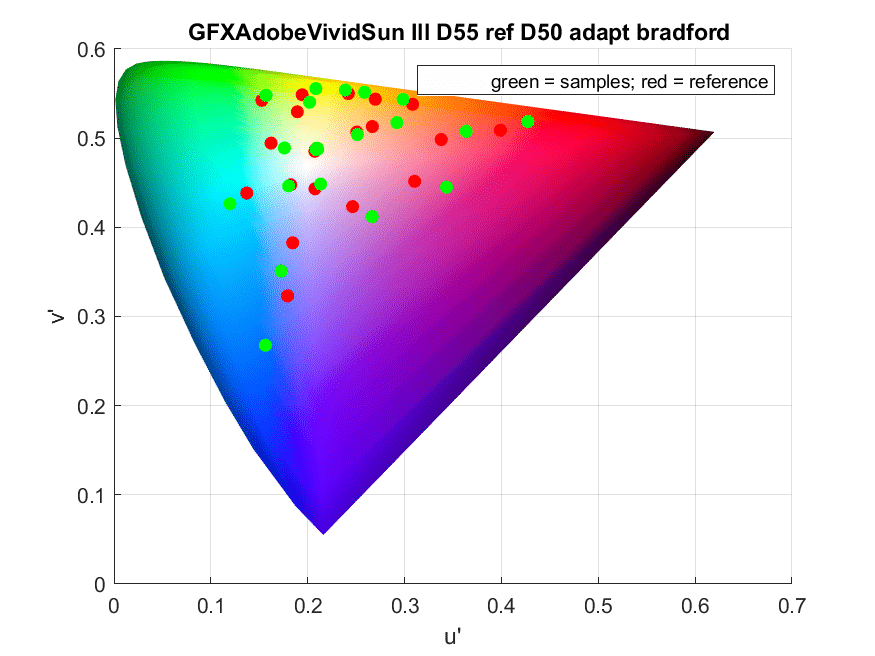 And in the chromaticity plane of CIELab: 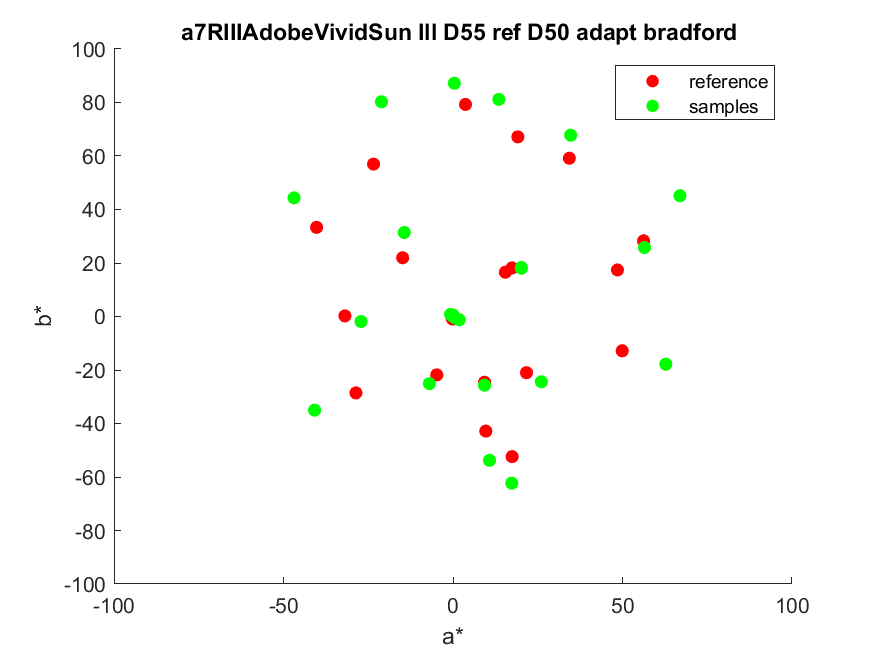 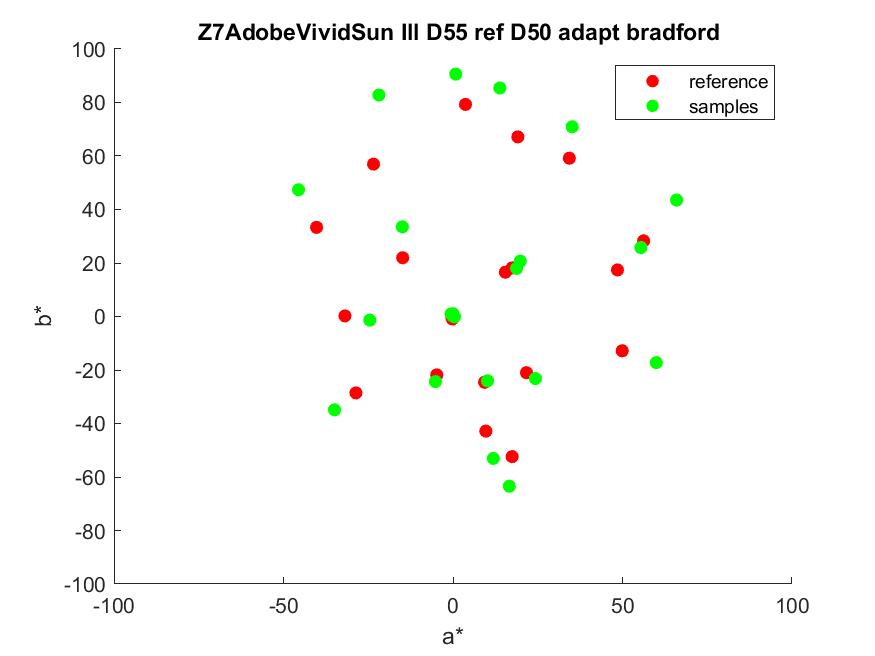 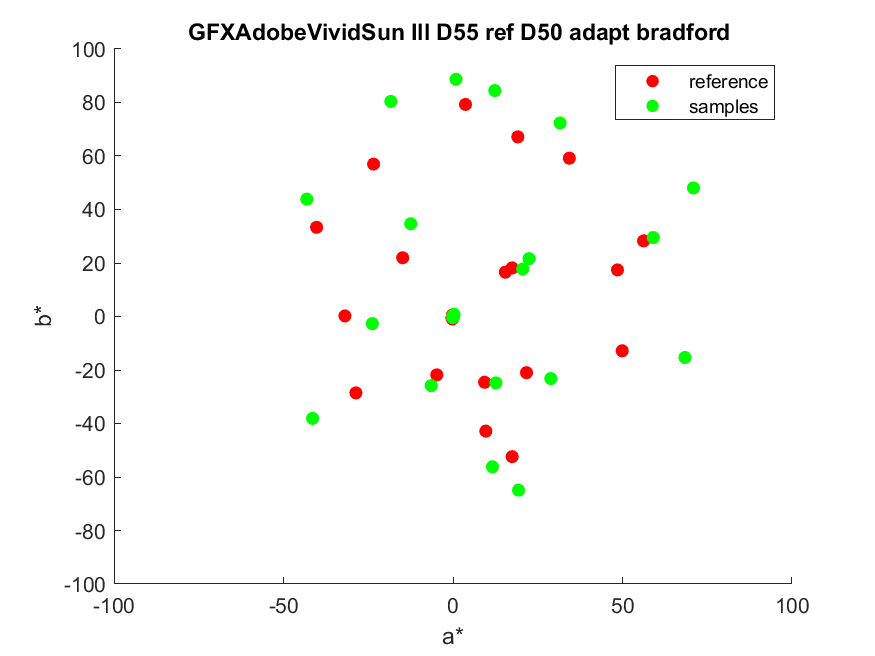 Everything away from the gray axis is more chromatic except for a few patches. 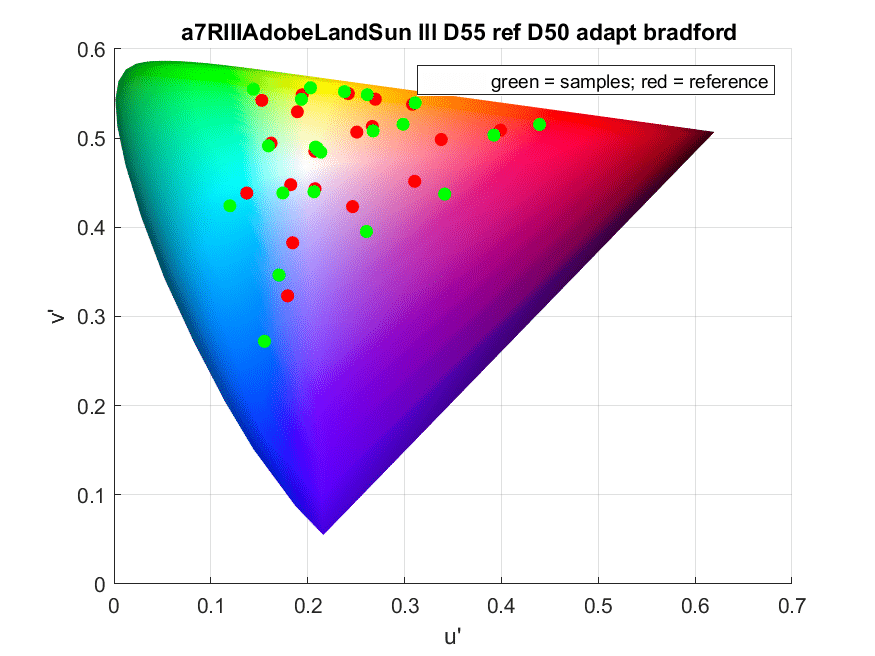 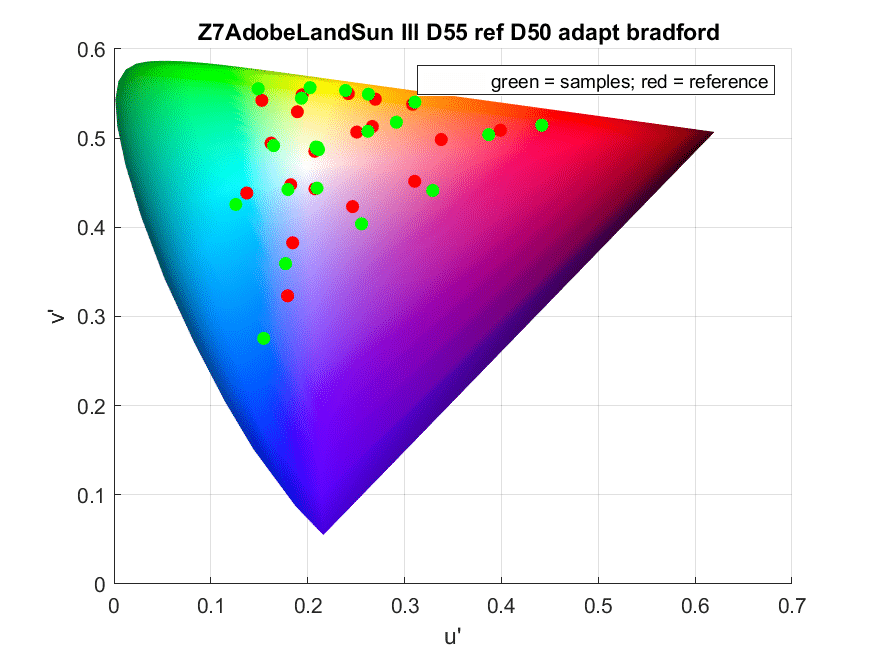 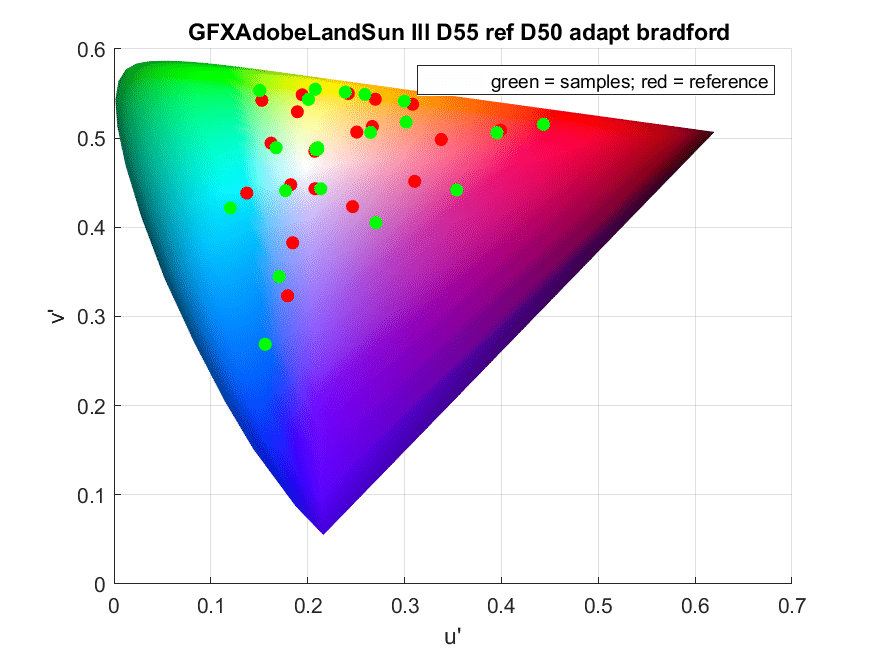 It does much the same thing regardless of camera and much the same as the Vivid profile. The saturation increases in the reds are larger.

Here are the results in CIELab chromaticity: 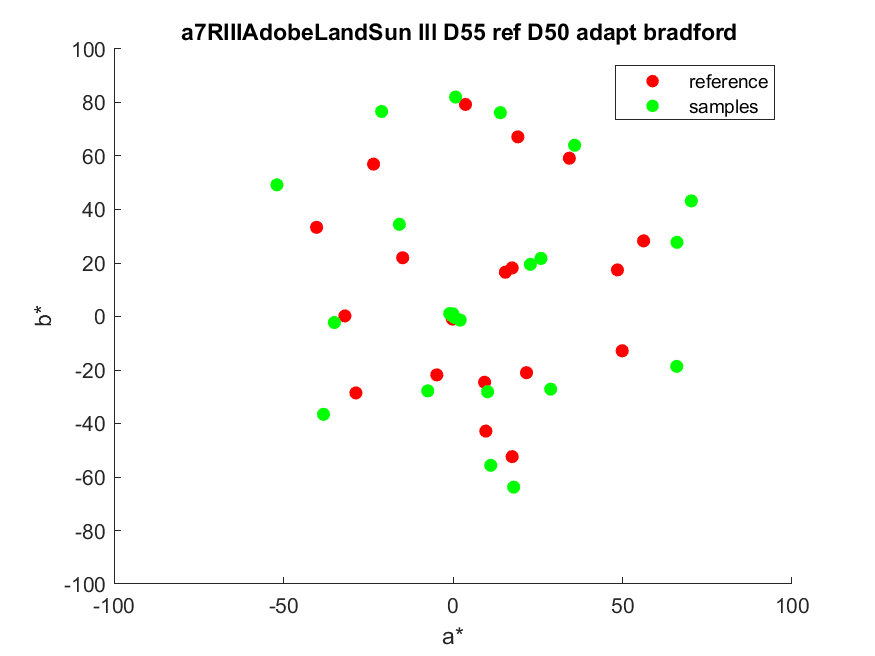 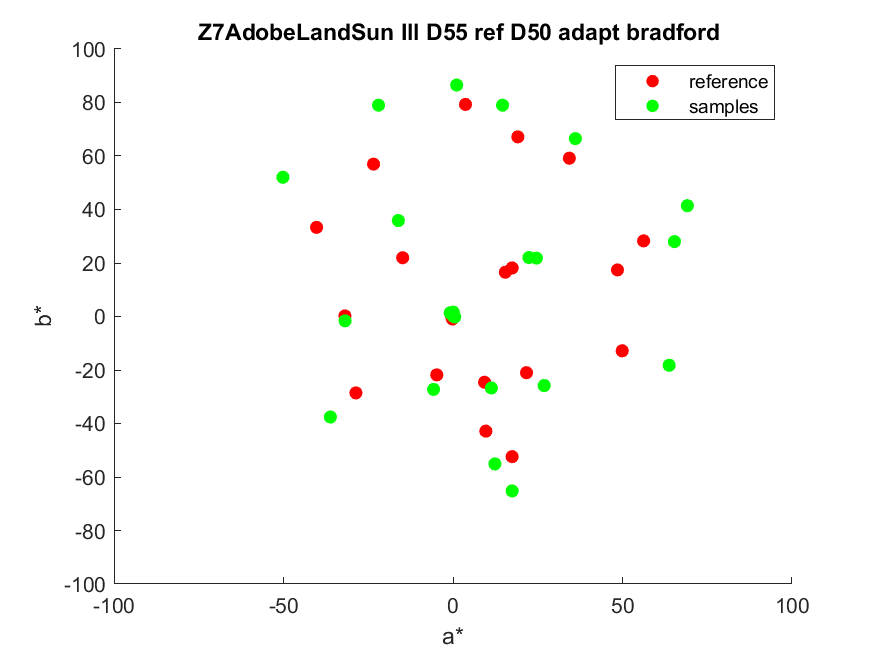 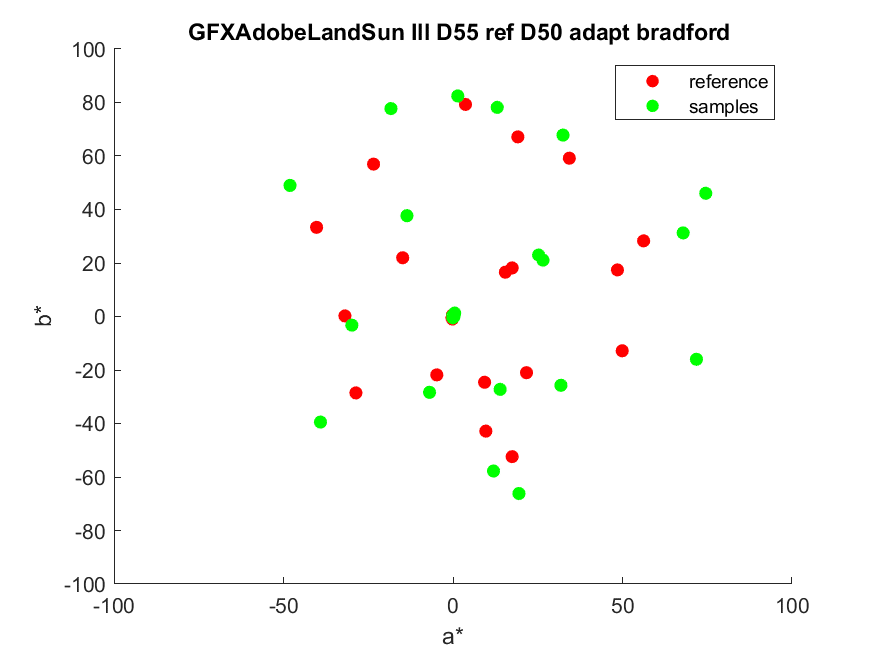