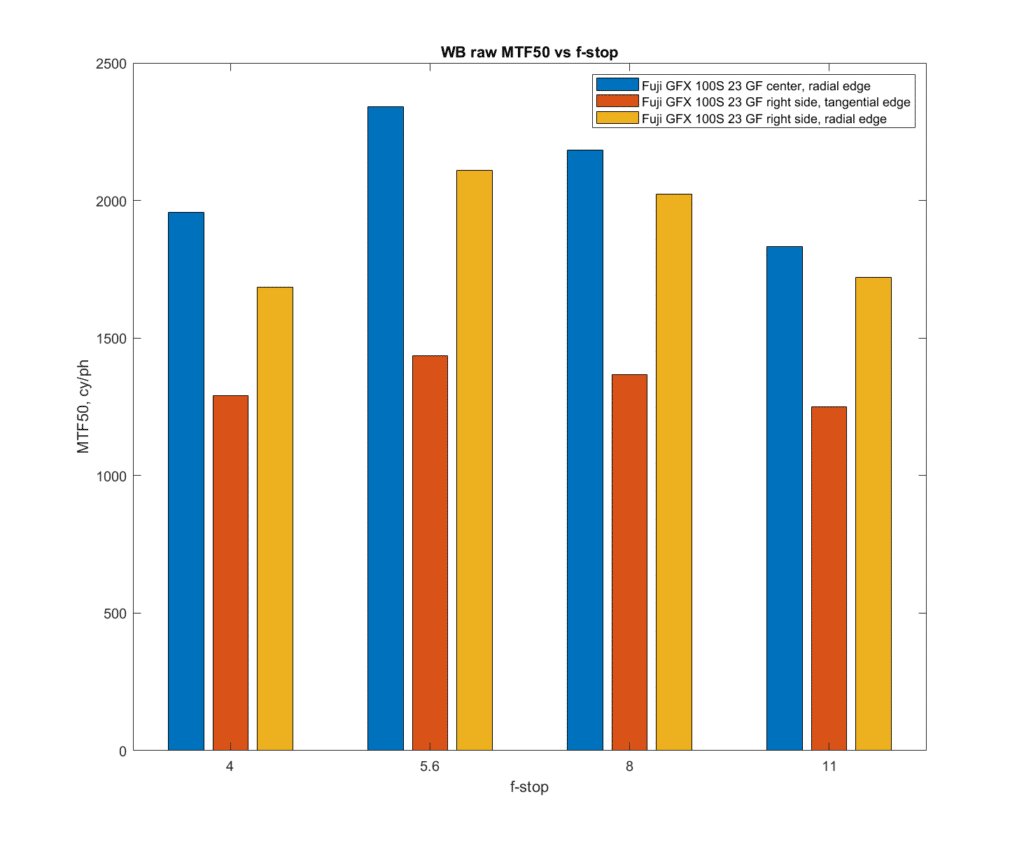 I measured the MTF50 on each of the raw channels, and am reporting on the MTF50 on a white-balanced composite of those channels, which is mostly the green channel. The MTF50 for the right side radial edge is markedly lower than the other two. 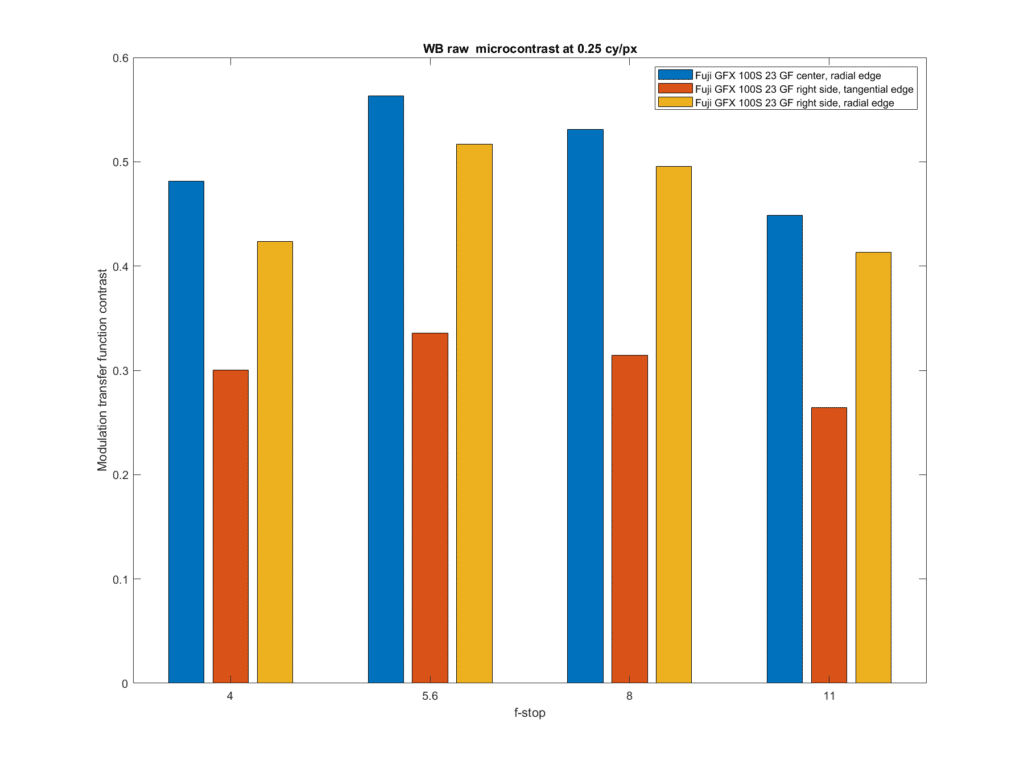 And at the tougher =standard of 0.33 cycles per pixel: 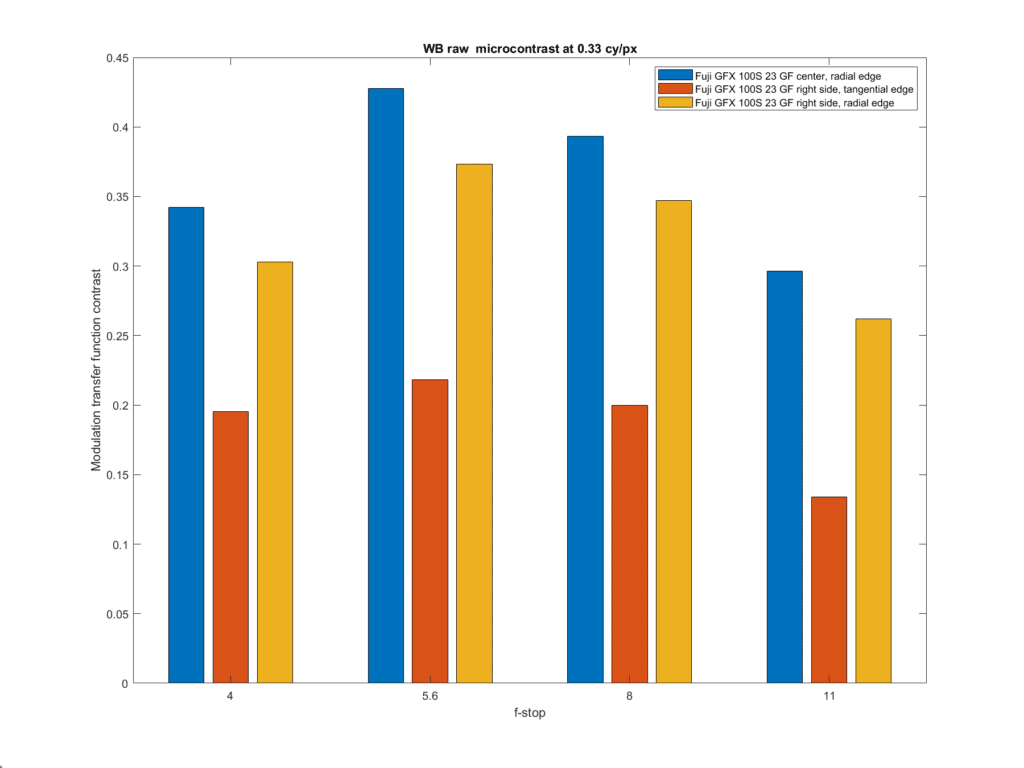 What about longitudinal chromatic aberration (LoCA)? 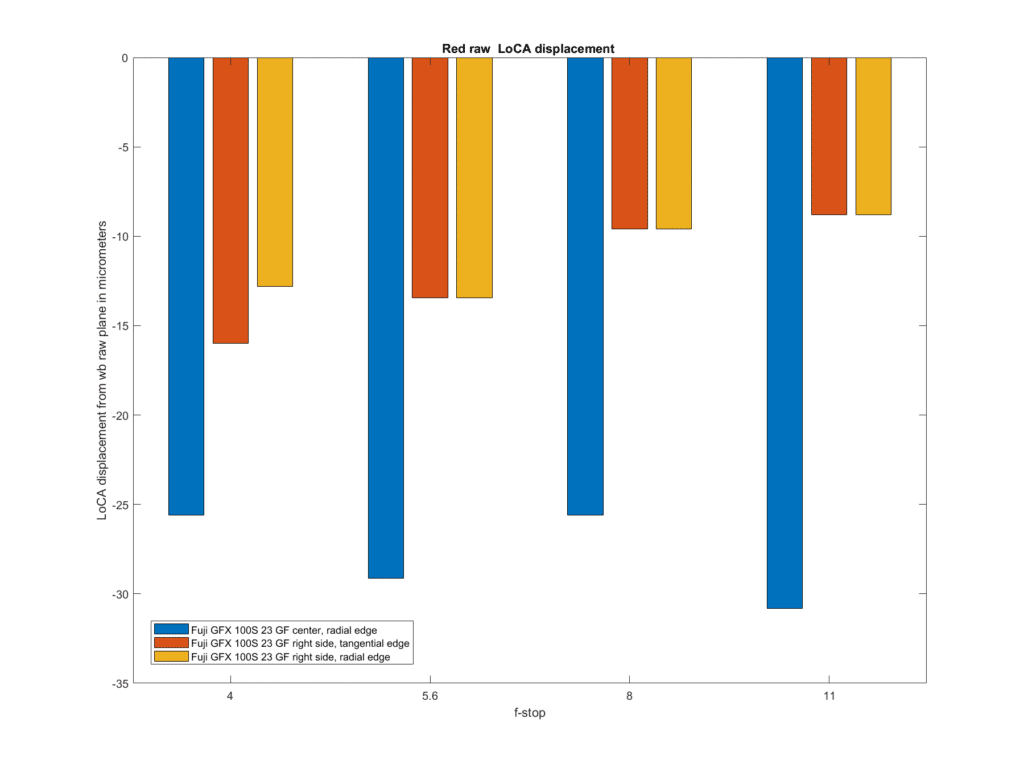 The above plots the shift of the red raw image plane (on the sensor side of the lens) compared to the white-balanced raw plane. Red channel LoCA is low for such a wide lens. 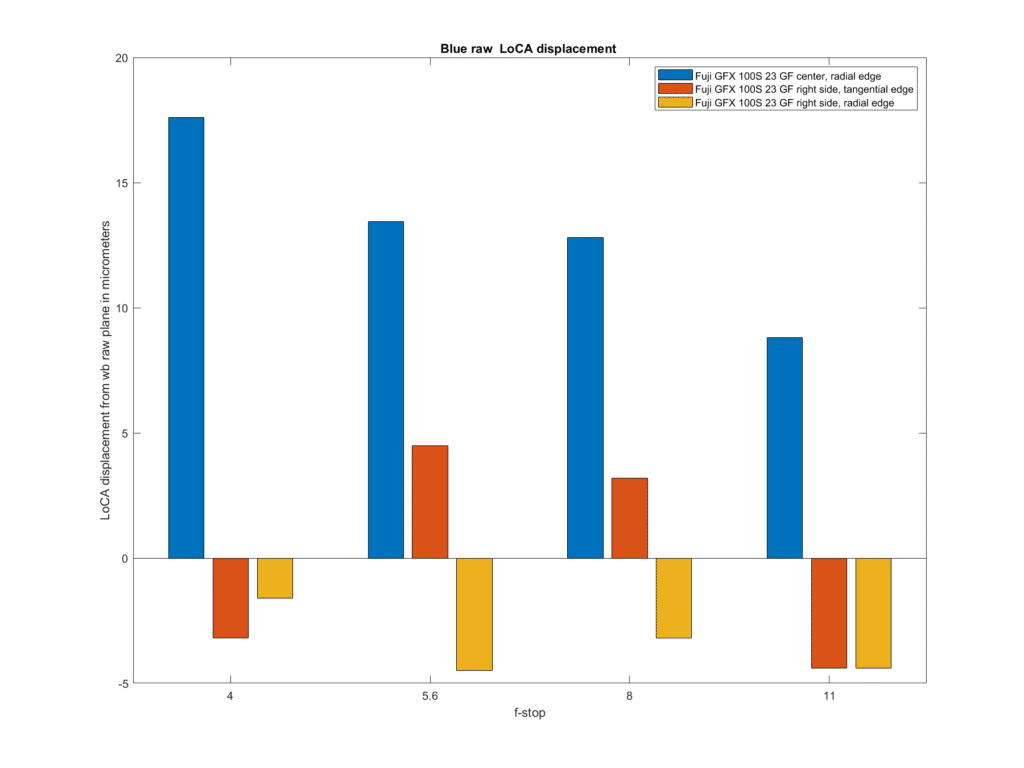 Blue channel LoCA is even lower.