It is a rare  occurrence that two rival camera manufacturers viewing for the top of one market (in this case full frame MILCs) introduce two lenses of the same focal length and aperture simultaneously. Yet that is what has just happened with the Sony 20 mm f/1.8 G E-mount lens and the Nikon 20mm f/1.8 S Z-mount one. It’s a little like two women showing up for a dress ball in the same outfit.  I’ve already some testing on the Sony lens(here, here, here, and here), but I’ve been holding back a bit, wanting to test both lenses together. [Added later. It turns out the lens is slightly tilted, but that won’t affect the results posted here.)

Yesterday the 20/1.8 Nikkor S arrived. It’s a big — mostly long — lens. It’s so long that, as I opened the box, the thought crossed my mind that I’d gotten the wrong lens. 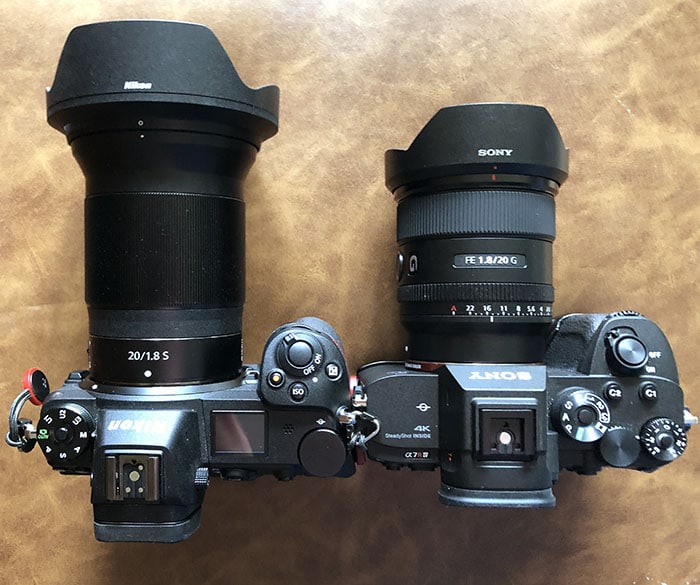 The weather is preventing me from doing my lens screening test on the Nikkor, but I should be able to do it today. Informal testing found nothing amiss, so I pressed on with my indoor low-contrast Siemens Star test of both lenses with the Sony lens mounted on an a7RIV, and the Nikon one on a Z7.

Here’s the scene, at f/1.8 with the target centered:

The Sony lens is a tad slower than the Nikkor, and quite a bit sharper.

Stopping the Nikkor down a third of a stop helps:

Both lenses are doing fine here. The Sony is a bit sharper, even without considering its finer pixel pitch.

Not much to choose between these.

Diffraction is taking its toll on both lenses.

In the lower-left corner:

Sharpness is similar. The Nikkor has a lot more corner falloff. I had vignetting correction turned off in both cases.

There’s less fall off if we stop the Nikkor down to f/2.

The sagittal/tangential nature of the aberrations is more symmetric for the Nikkor. The increased aliasing is probably more of a function of the sensor than the lens.

Pretty close to a tie. The increased aliasing and false color of the Nikon is at least partly a function of the sensor pitch. The Nikkor is more contrasty. 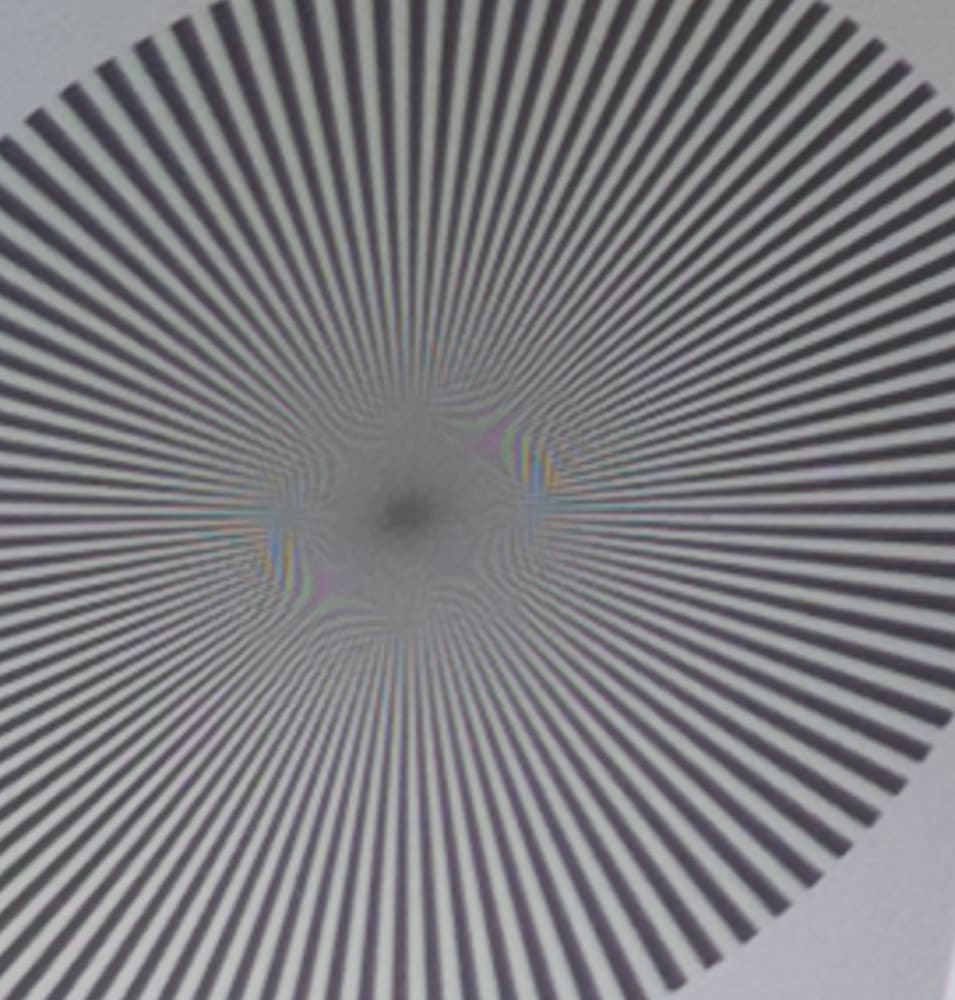 And here’s the last pair:

I’d say that f/4 or f/5.6 is the best stop for across-the-frame sharpness if DOF is not an issue.