This is the first lab test of the 50 mm f/1.8 Nikkor S that I’ve done. I mounted the lens on a Z7 body and aimed it at my checkerboard ramp target. The setup looked like this (although this particular picture shows the 105/1.4 on the camera): 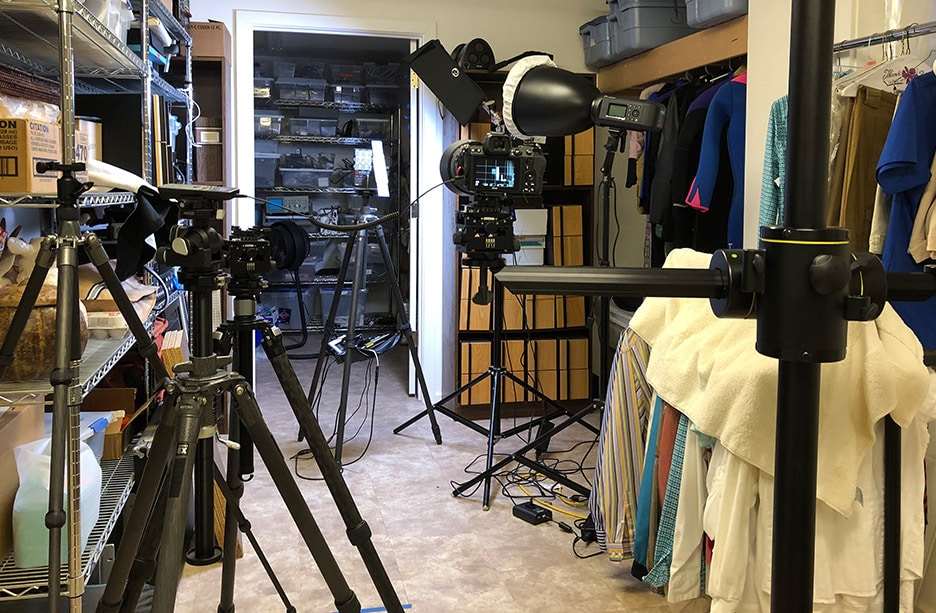 Target distance was 1.4 meters.  I focused once, wide open, then made 16 exposures at one-third aperture intervals all the way through f/5.6 using the intervalometer that you can see on the left in the above picture. I used electronic shutter and a 4-second interval.  I processed the data in my Matlab program, and this is what it spit out: 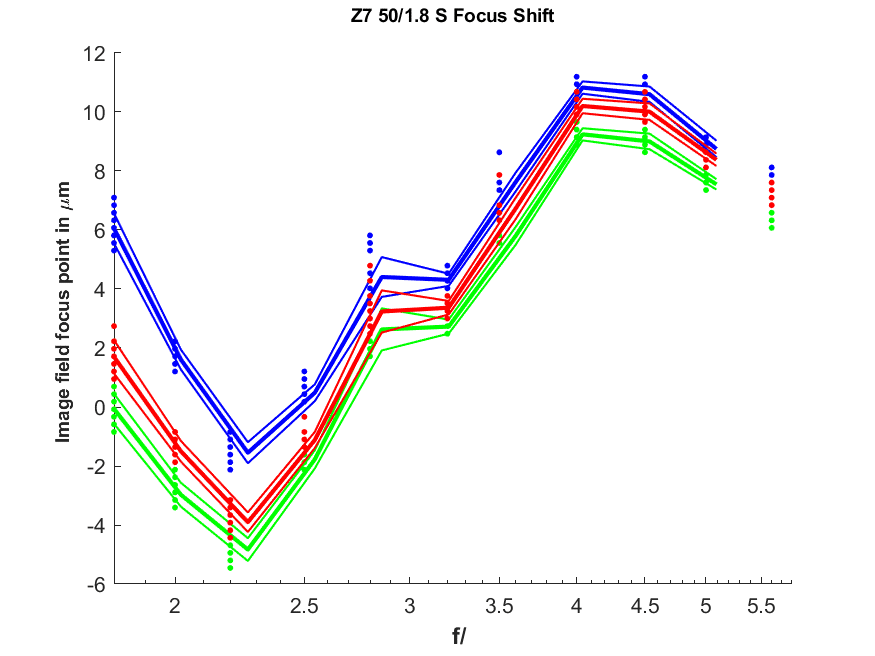 I’ve plotted the three Adobe RGB color channels. The graph presents the displacement of the image projected on the sensor from the desired green-channel focal plane. Negative numbers indicate front-focusing. The image-plane shift is in micrometers (um).  The blue focus locations are separated from the red and green ones because of the longitudinal chromatic aberration (LoCA) of the lens. The dots indicate the results for each of the 16 exposures at each f-stop. I’ve made lines indicating the average (aka mean or mu) of the sample set bolder and added thin lines above and below the means that are one standard deviation (sigma) away from it. 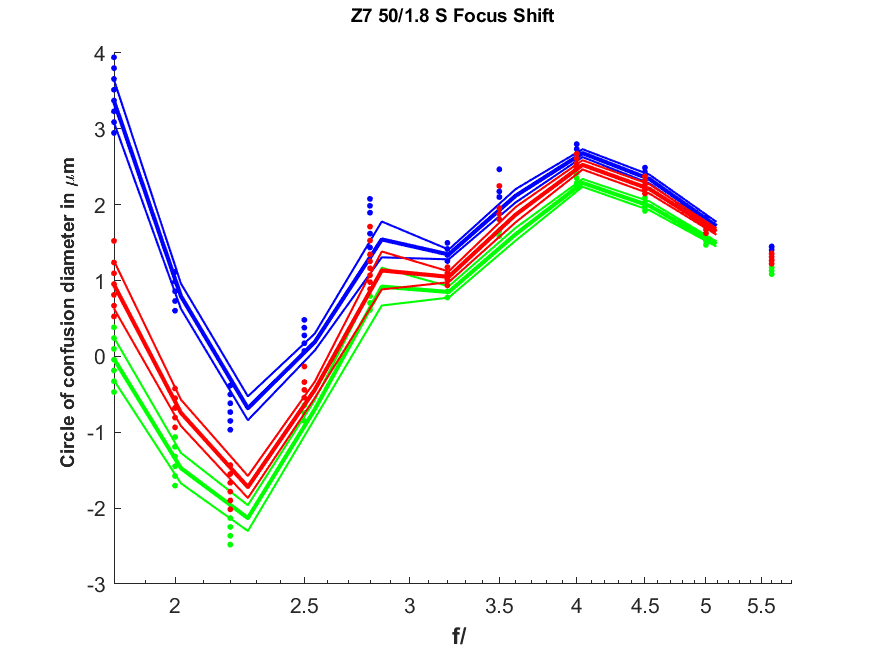 In the above graph, I’ve used the convention that negative CoCs indicate front-focusing. Of course, the actual CoC diameter can never be negative. All the focus shift CoCs are under 3 um. The pitch of the sensor is a bit over 4 um, so this is very little focus shift. Focus shift is not too important with the Z7 anyway, since the camera normally focuses at taking aperture for f/5.6 and wider.

The distance between the focus locations of the three color planes is an indication of longitudinal chromatic aberration (LoCA). Wide open, it’s only enough to cause the blue plane to be back-focused to the tune of a 3 um CoC, and it gets better as you stop down. This is an excellent performance.

Compare that with the Zony 55 on an a7RIII: 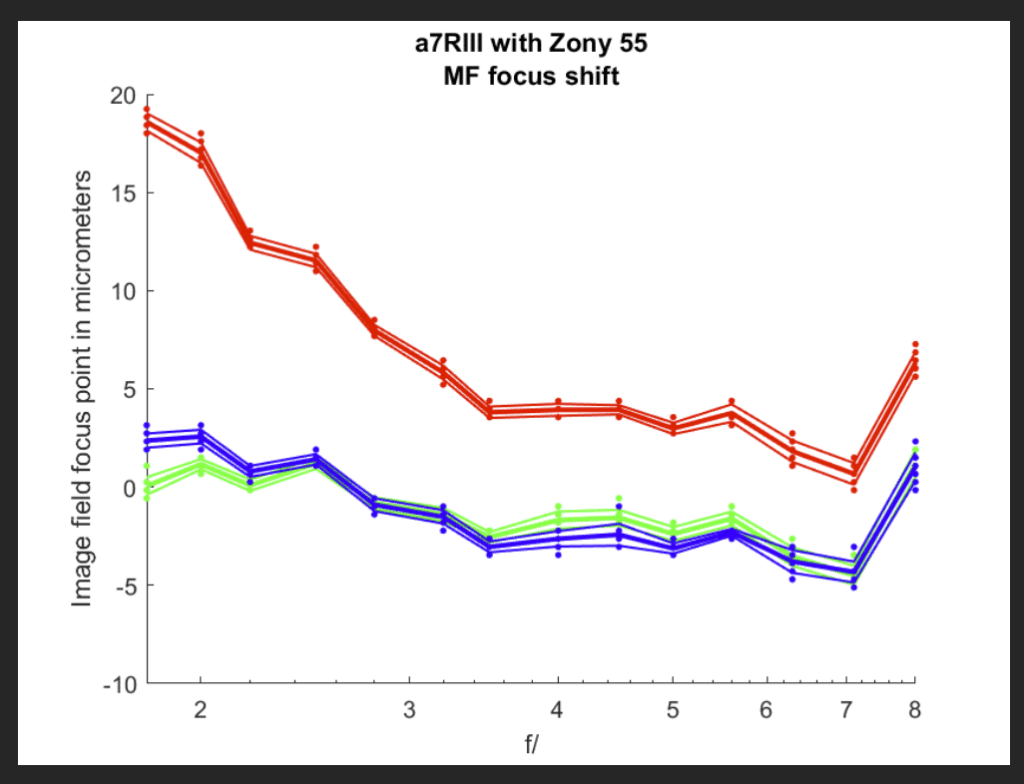 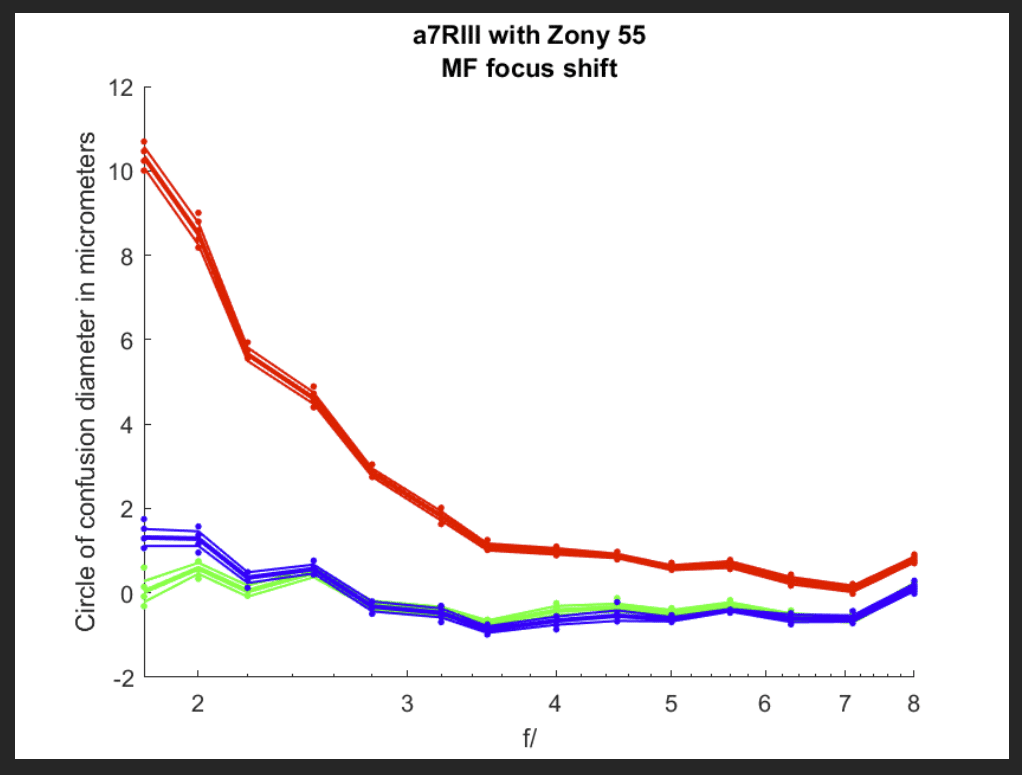 LoCA is the Achilles heel of the Zony 55, and you can sure see it here.

I am quite impressed with the Nikkor S. For the money, it is a superlative instrument in the testing I’ve done so far.