You are here: Home / Nikon Z6/7 / Manual focusing strategies for the Nikon Z7

The Nikon Z7 has excellent autofocus accuracy by the standards of MILCs, and off-the-charts AF accuracy by DSLR benchmarks. But there are times when you want to manually focus, either to eke out that last measure of sharpness, or to be able to precisely place the plane of focus across the image, or when you are worried that what the AF system wants to make sharp may not be what you want sharp.

When manually focusing the Z7, what’s the best plan? For the purpose of this post, I’m going to assume that speed is not the object here, but rather precision is the goal.

First off, with the Z7, as with most any MILC, you are miles ahead of what is practical with a DSLR, unless you turn it into a kind of MILC by invoking live view. Second, peaking is your friend. Yes, I am a big fan of peaking, even though it usually gets no respect because most people use it in a way that I think is — for most things — wrong. Most folks seem to use either peaking or magnification, and complain that their images aren’t sharp using peaking. I recommend using both together, and I’m going to tell you how I do that in this post.

For starters, I think you ought to put the peaking level adjustment in one of the Z7 quick menus, since you’re going to be messing with it a lot. 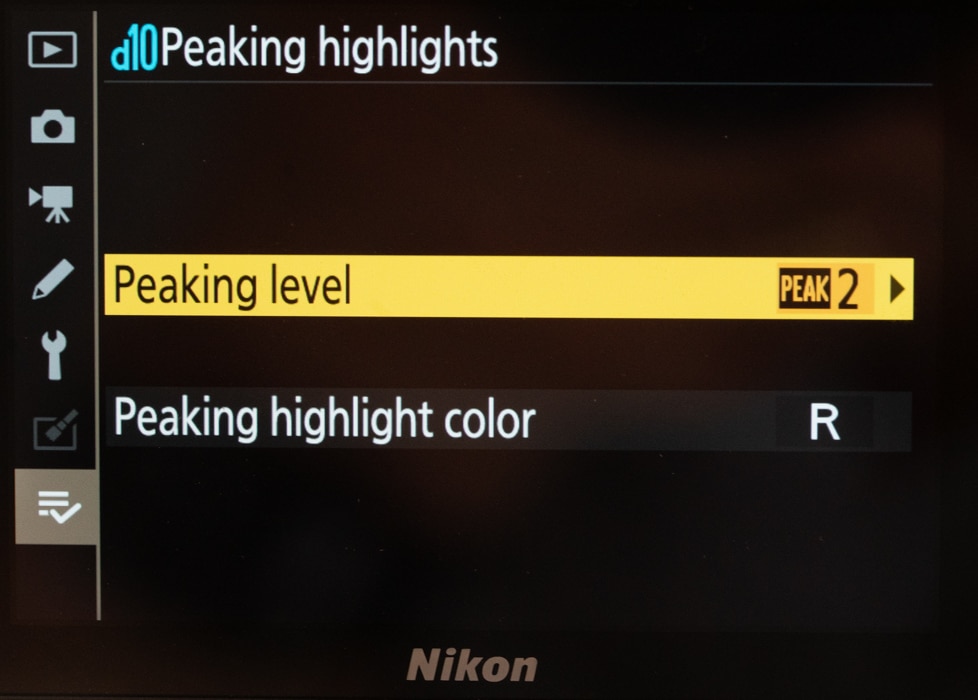 I like red for the color, but that’s a purely personal choice.

There is one exception to my advocacy of combining peaking and magnification. Peaking alone can be useful if you have a subject with some depth, and you want to see what’s in each of the possible focus planes. 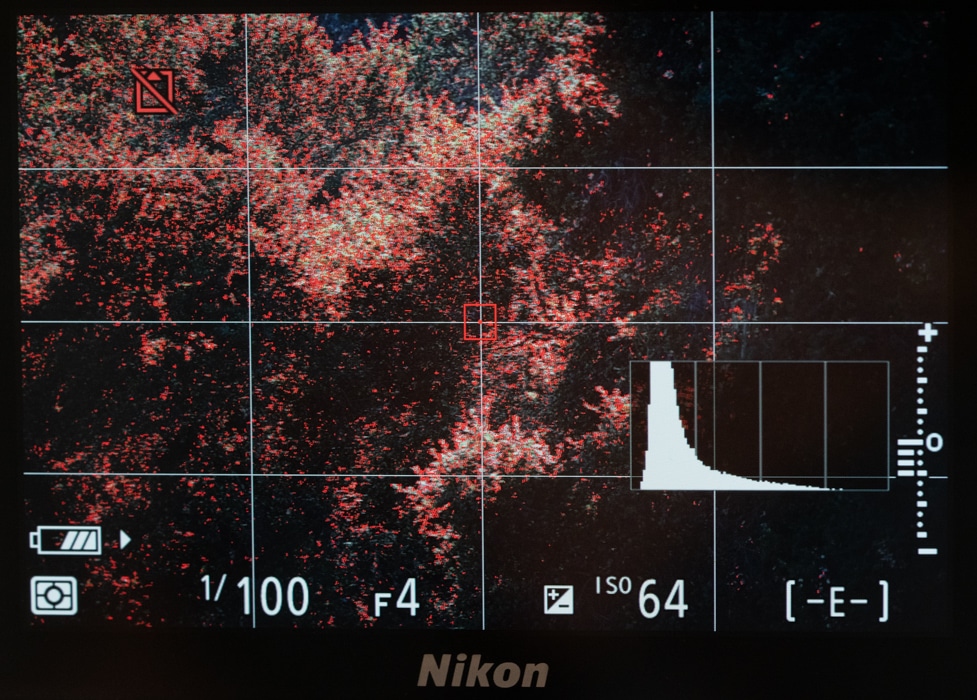 Making small adjustments to the focus ring in this scene causes the part of the image with the most red to roll from right to left as the focal plane is moved away from the camera, and it’s easy with this technique to put the plane where you want it.

But most of the time you want to focus on some object, and that’s when combining peaking and magnification is the hot ticket.

Before I demonstrate that, there are a few things you ought to know about how peaking works.

Here we are with a fairly low-contrast subject, peaking sensitivity set to 3, magnified one click: 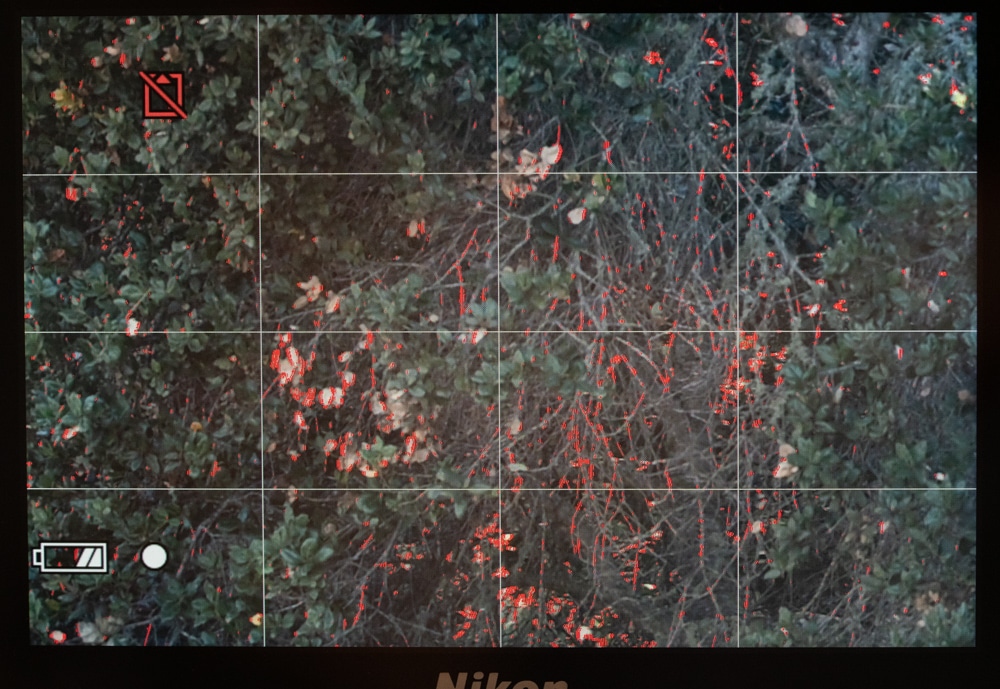 That’s too much red. not a lot too much, but too much. 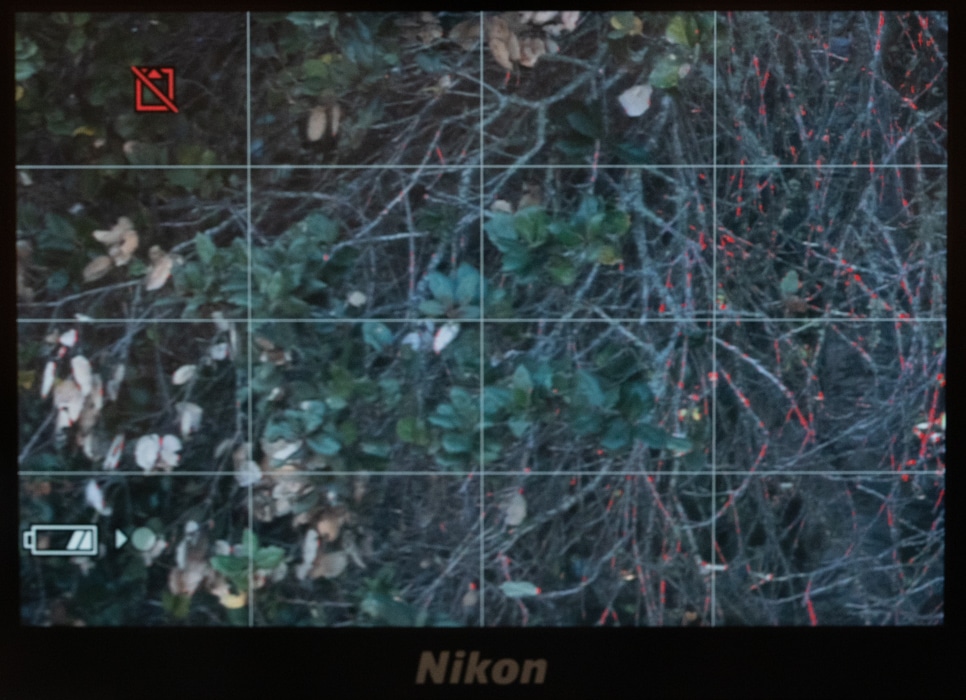 That’s perfect. If I just touch the focusing ring when it’s set here, most of the red goes away.

Here are a few more minor tips/observations I would offer: