It’s been hard to reproduce the banding consistently. Is there a shot to shot variation?

There are questions about how much what’s going on in one side of the image affect banding in the other.

I set up an experiment to shed light on both those things.

I put a light on the right side of an otherwise-pretty-dark scene. 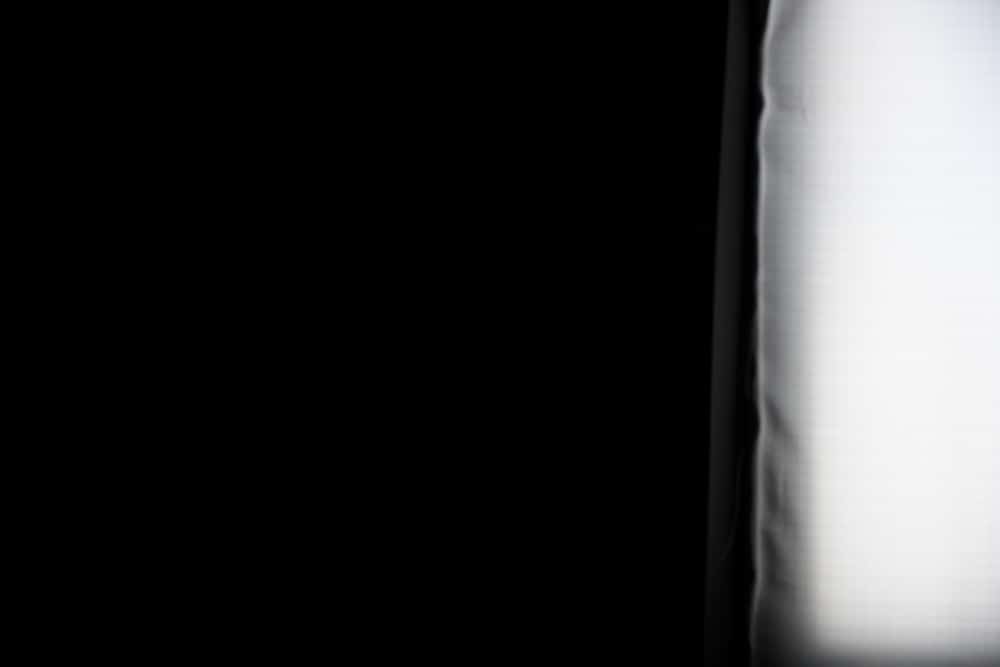 Then cropped all the images to the left half, and plotted the mean values of the PDAF rows and the non-PDAF rows. 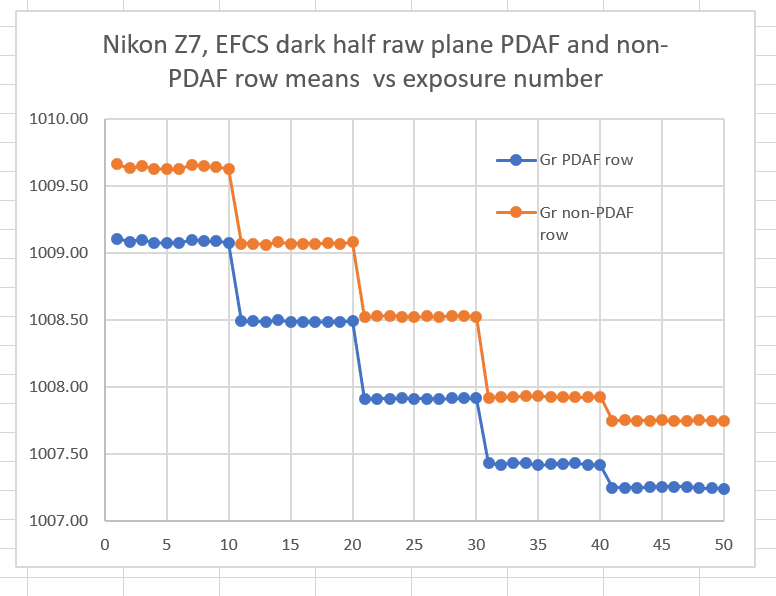 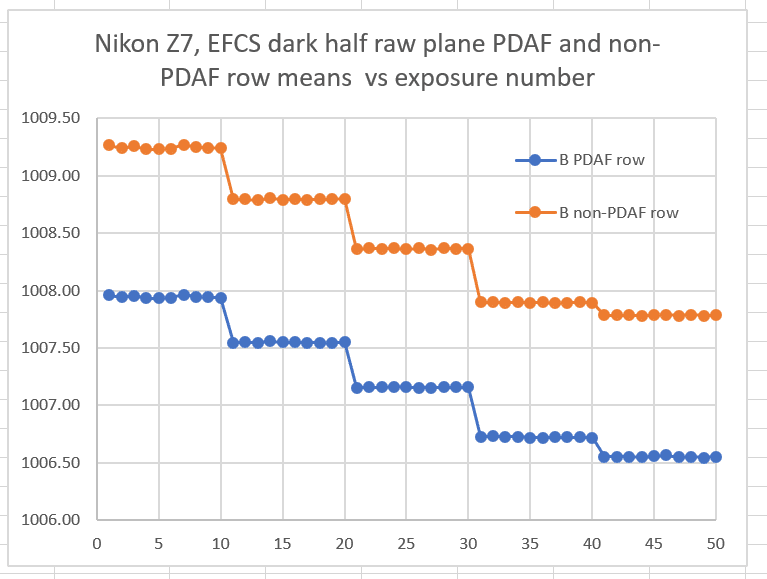 Flare causes the left-hand values to drop as the light is turned down. But the values for each of the sets of ten exposures are consistent, and the difference between the means of the PDAF and non-PDAF rows is not much affected.

My preliminary conclusions are that the banding is consistently there or not there and that it is not heavily affected by light on the other side of the image. I suspect that its visibility is affected by both the setup and the luck of the draw, though. 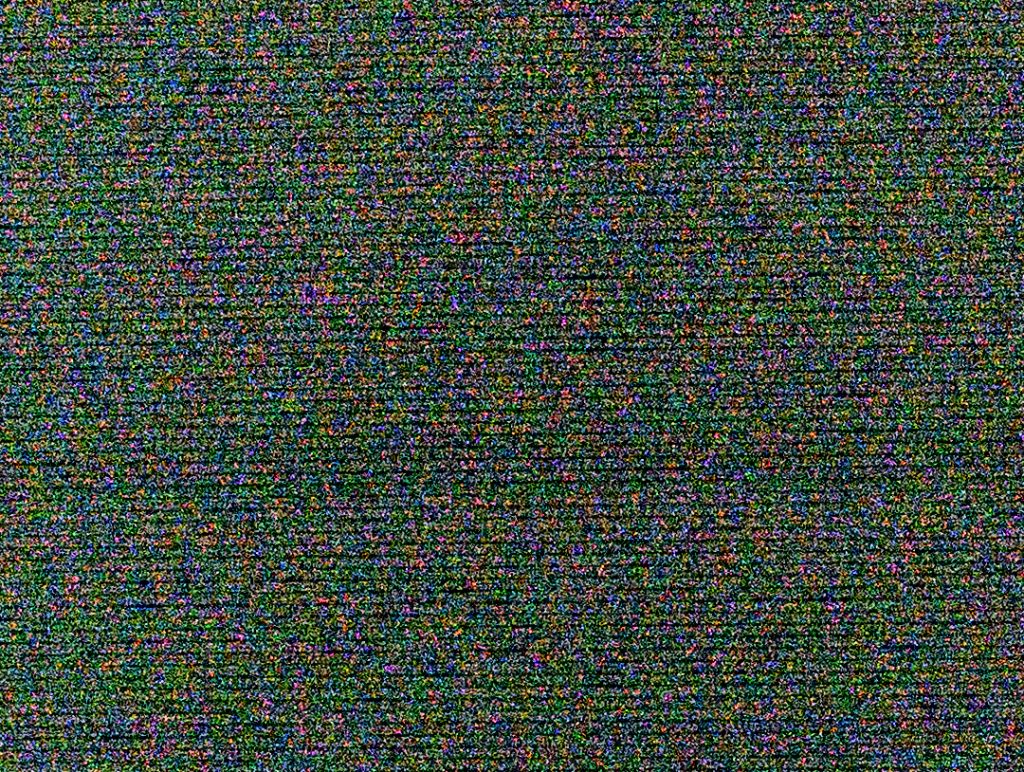