As you can see, plane 4, the blue plane, has a double peak, as does plane 2. The larger peak looks like the peaks in the other channels. The smaller one has a lower mean value. I calculated the skewness of each of the planes at each of the ISOs. Here’s a graph of the skewness versus ISO setting for the blue  and Gr planes: 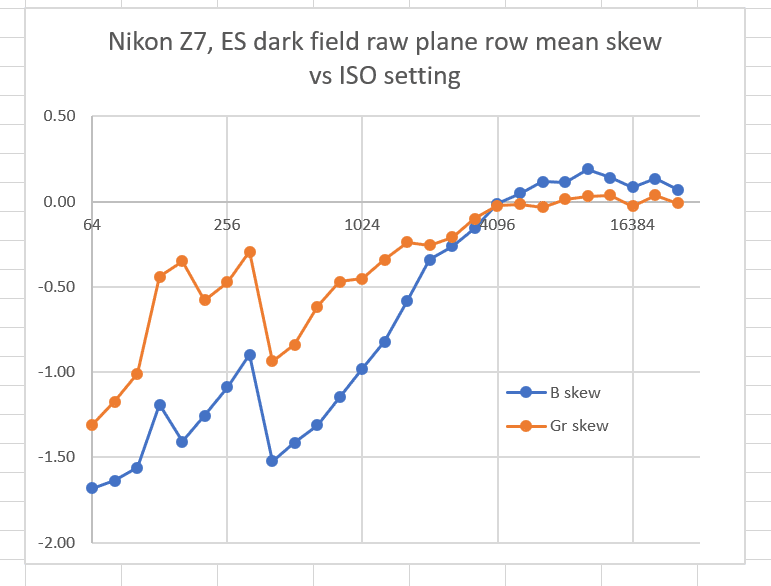 Negative skewness means the long tail is on the left. I’m going to discuss it in terms of the absolute value.  The skewness goes down with increasing ISO as the second, lower peak is gradually drowned out in the read noise. The reason the skewness increases again at ISO 400 is that the read noise drops there because the conversion gain increases.

This is, to me, indicative of a firmware error on Nikon’s part. It’s OK for the standard deviation of the PDAF rows to drop because on interpolation, but the mean values should not.

If we look at the average values for the dark-field images in the PDAF rows and in those rows that have no PDAF pixels, we see this: 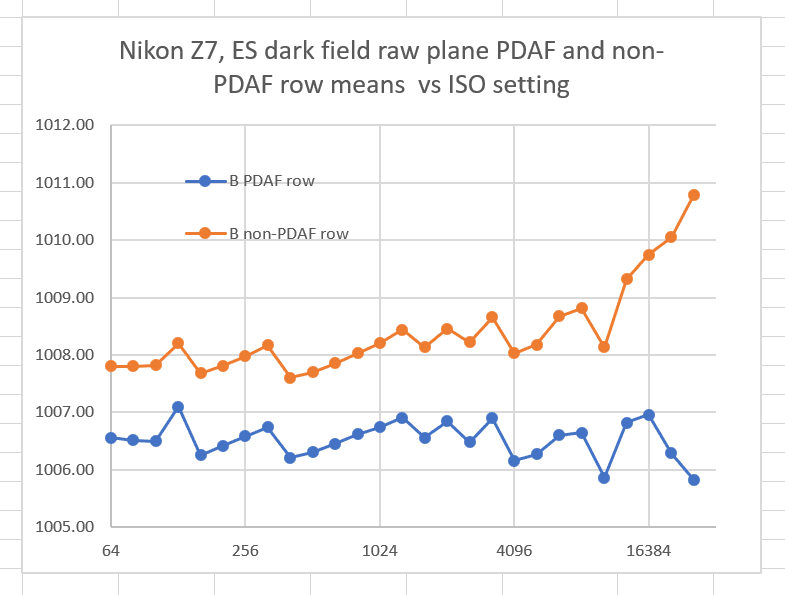 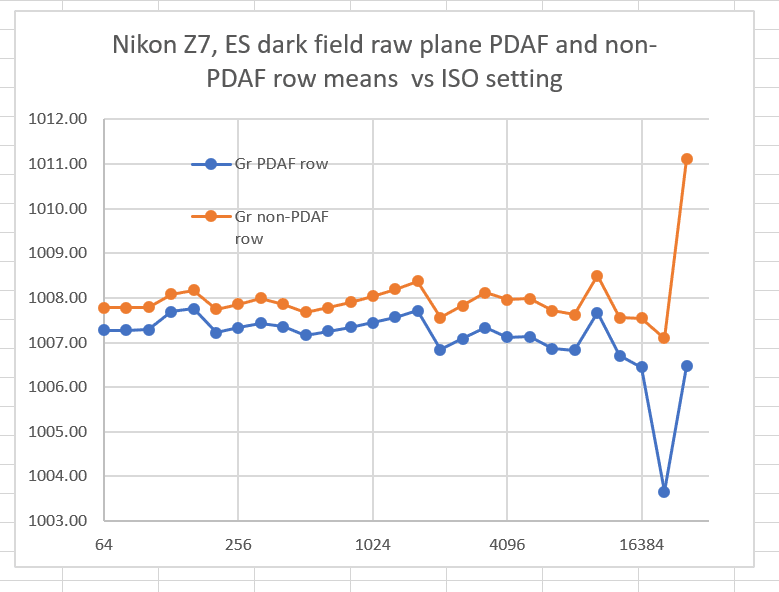 It is interesting to me that the offset doesn’t change much with ISO, but the visual effect does because the greater noise at higher ISOs masks the shift.