This is a test that I really don’t like doing; the captures are tricky, and the processing has manual components. Here’s the protocol:

And here’s a sample capture: 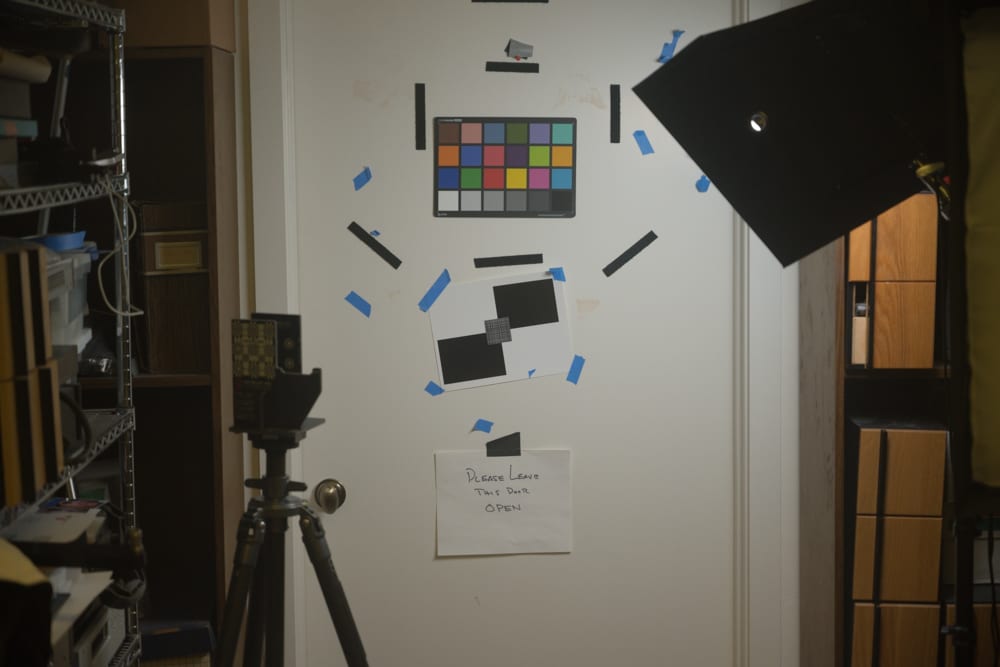 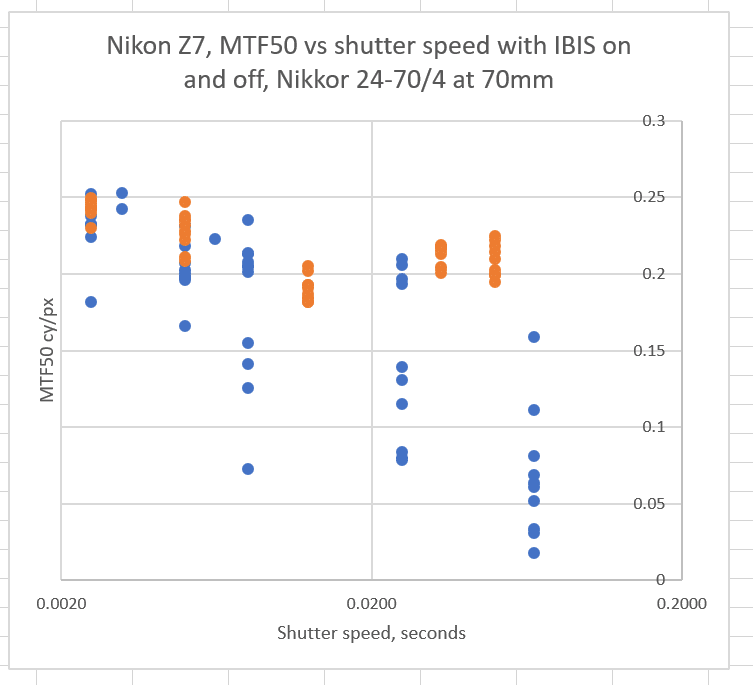 The orange dots are with IBIS on, and the blue dots are with it off. IBIS clearly makes the sharpness more consistent as well as increasing it. Note that the sharpest image of all, at 1/400, was with IBIS off, though. In general, I wouldn’t recommend using IBIS at shutter speeds faster than 1/1000.