Yesterday, I received a Fujifilm GFX 50R back from LifePixel, who had modified it with a 720 nm infrared conversion. The modification consists of the removal of the IR-blocking filter — aka hot mirror — and its replacement by a filter that blocks visible light and passes infrared light with wavelengths shorter than about 720 nanometers. I’m going to be writing about how the modified camera performs, but that’s not the subject of this post. There is a difficulty of infrared photography that I need to deal with. It applies to varying degree to all modified cameras and to many lenses. It is also widely misunderstood. 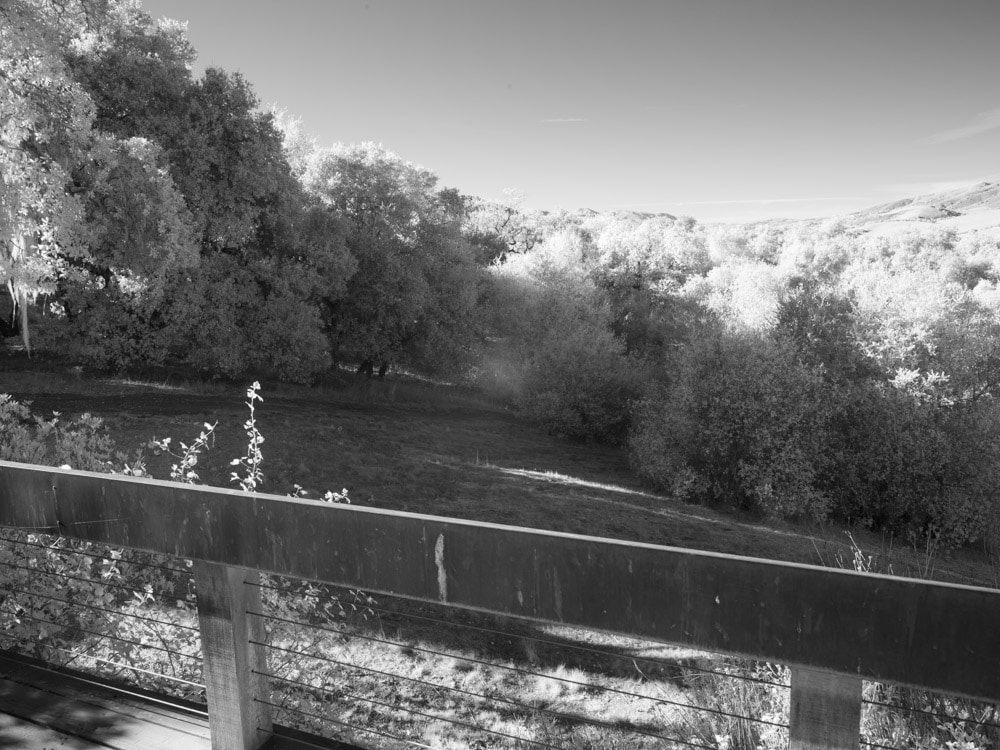 See that bright area smack dab in the middle of the picture? That’s the hot spot. Here’s what the scene loks like without it: 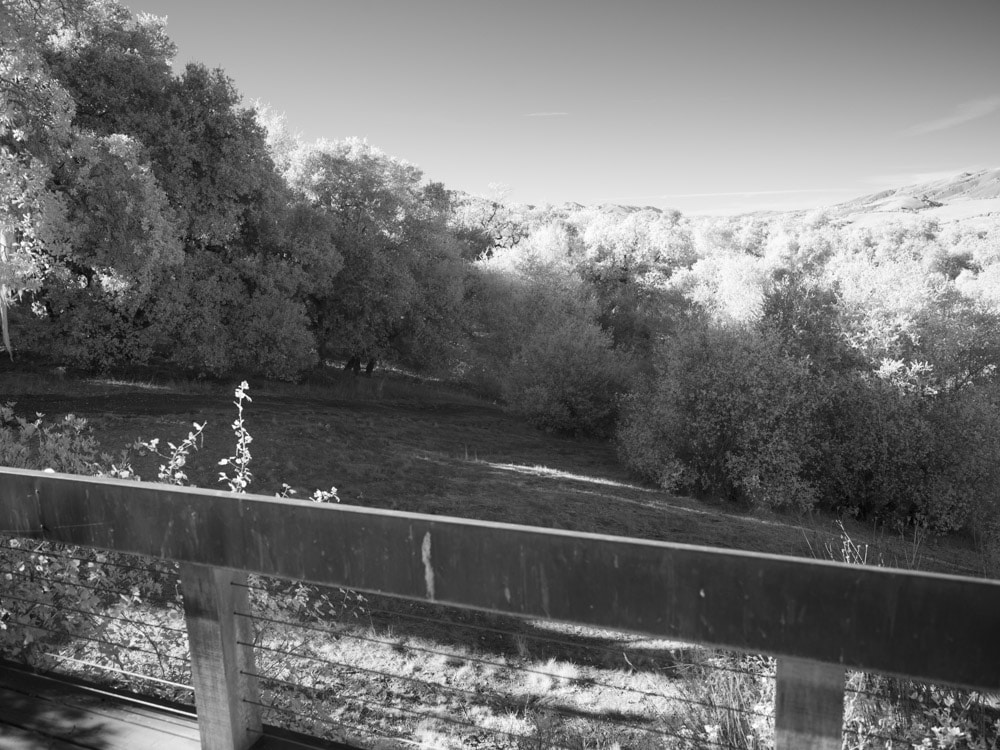 These kinds of hotspots are caused by reflections from the image sensor stack bouncing off the elements in the lens and returning to the sensor. They are almost always in the middle of the sensor.

It’s not strictly an IR thing. The same thing can happen with visible light, but the sensor and lens manufacturers deal with it by costing lens elements, and sometime sensor stack elements, with antireflective coatings. Because the manufacturers don’t expect the cameras and lenses to be used in infrared, these coatings are usually not very effective for IR.

A lot of things can affect whether hotspotting is a problem. Here’s my list, and it may be incomplete.

The IR sensitivity of the camera. Generally, the deeper you go into the infrared the worse the hotspotting gets. If you’re using an unmodified camera with a 720 nm lowpass filter over the lens, that’s the best case. A camera modified with a 720 nm filter is usually worse for hotspotting. A 720 nm camera with a 850 mn filter over the lens or a 850 nm camera is even worse.

The aperture. Wide apertures will show broad, weak hotspots, or none at all. Narrow ones will evince tighter, brighter hot spots.

The focused distance. Usually, if this is an issue, it happens at macro distances. The Coastal Optical 60 mm f/4 has a nasty hot spot even in visible light at some close distances.

In the next few posts, I will test all the Fuji G-mount primes at long subject distances and various f-stops and report what I find. I’ll do this for the 720 nm modified camera I now have, and I will see if putting an 850 nm filter in front of the lens makes much difference.