This is a continuation of a series of posts about adapter pitfalls and pleasures (I promise that I’ll get to the pleasures). The first two posts are here and here. A third is here.

The assumption about adapter errors seems to be that they add to the other tilt errors in the camera/lens system. Since the angle of adapter tilt is random, that is not the case. I wrote a program to compute the combined tilt in an assembly with 3 um of sensor-to-mount tilt, 5 um of lens tilt, and 10 um of adapter tilt. I ran 100000 cases. Here’s a histogram of the resultant total tilt: 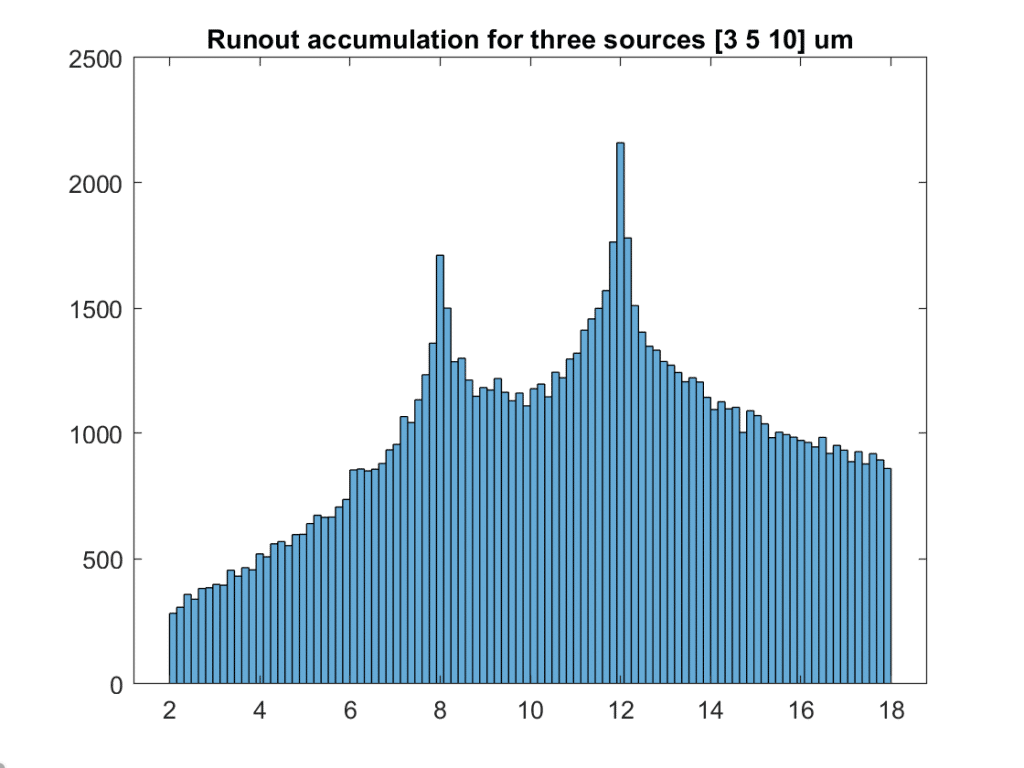 Then I simulated the case with no adapter tilt: 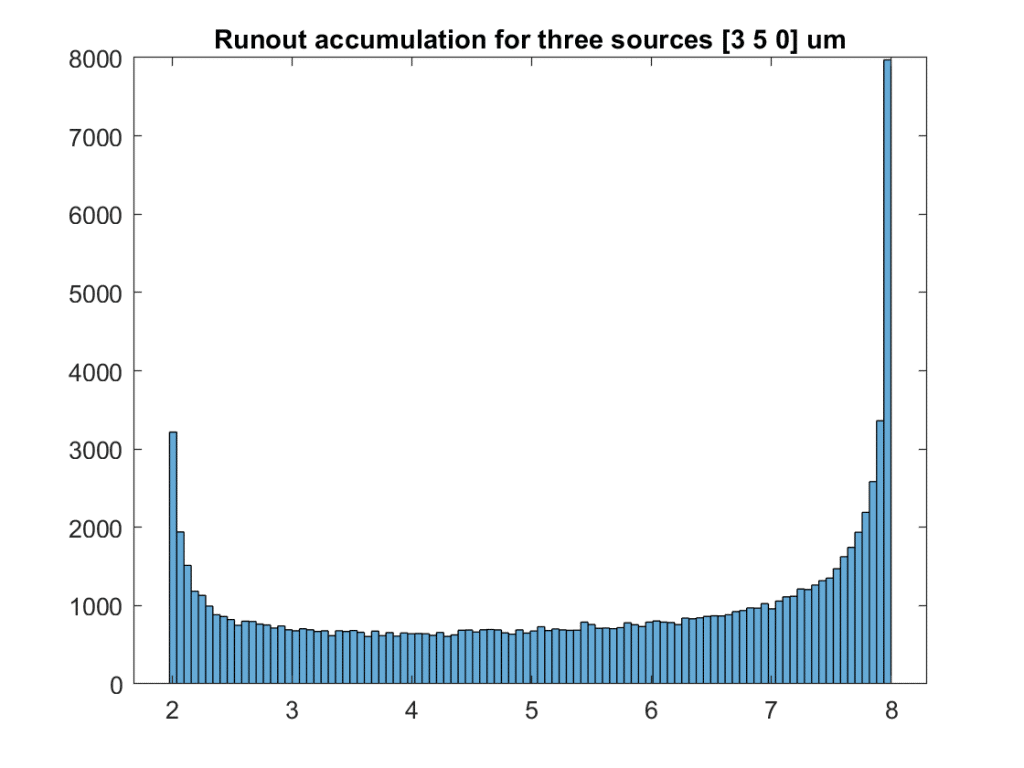 The mean for the cases with the adapter was 10.9, and with no adapter, the mean was 5.5. In this case, adding a 10 um wedged adapter to a system with about 5 um mean tilt added about 5 um to the mean tilt.