You are here: Home / The Last Word / Averaging images in Photoshop

Phase One just introduced an update to the IQ4 cameras that allows in-camera capture and averaging of groups of images. If the camera position is fixed, this technique can have the effect of simultaneously:

2, and 3 above are really just two different ways to say the same thing. The amount of noise reduction is the square root of the number of captures. If you have 2 captures, you have 0.707 times as much noise. Four captures, half the noise. 16 captures give you one quarter the noise, and 64 captures get you to one eighth.

I’ve been doing this for some time in post-production. If you want to experiment with it and you are among those who don’t happen to have an IQ4,  but do have Photoshop (Ps), it’s pretty easy.

Here’s what to do.

Bring all your images into Ps as layers in a single image. If you’re using Lightroom (Lr), you can select all the images and pick “open as layers in Photoshop”. 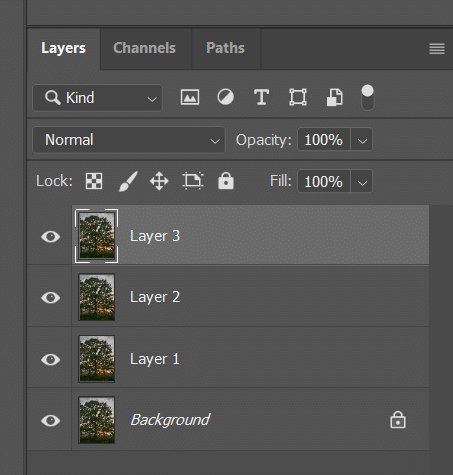 Select all the layers. 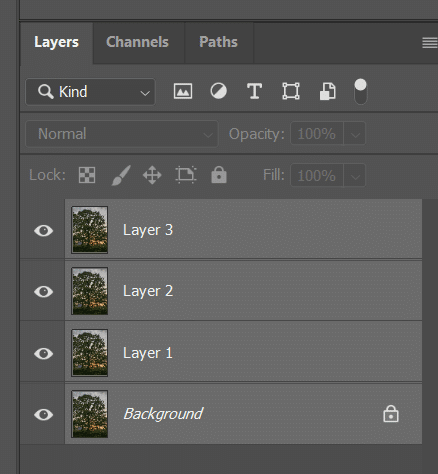 Convert the layers to a smart object. 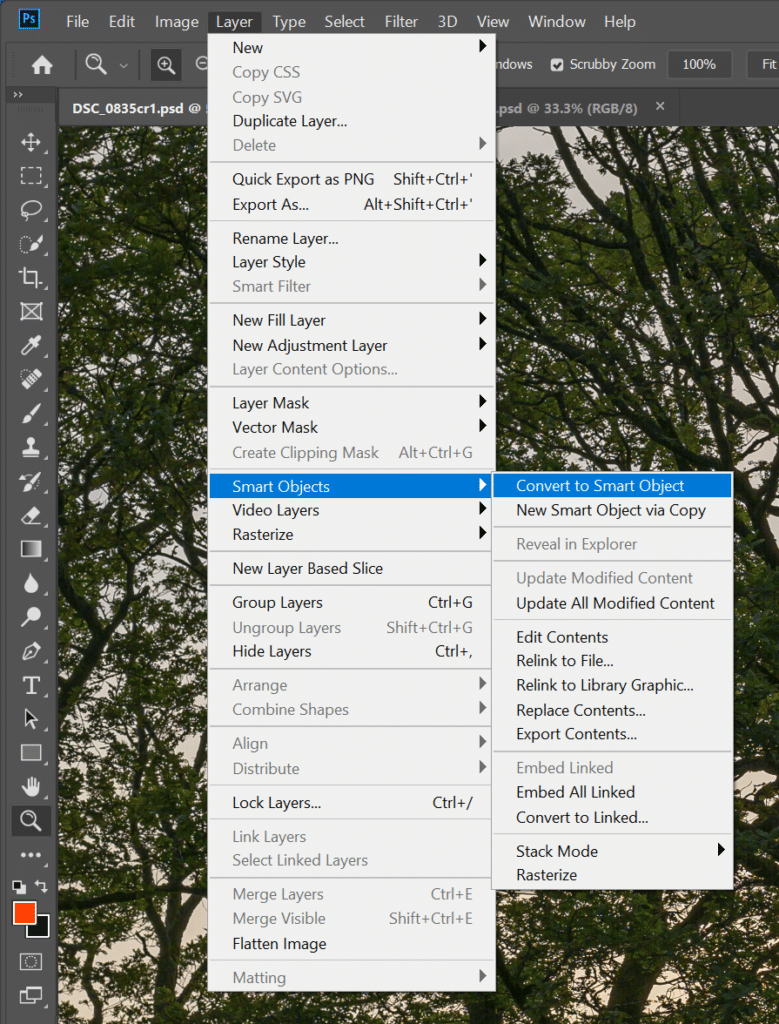 In Smart Object, pick Stack Mode, and then Mean. 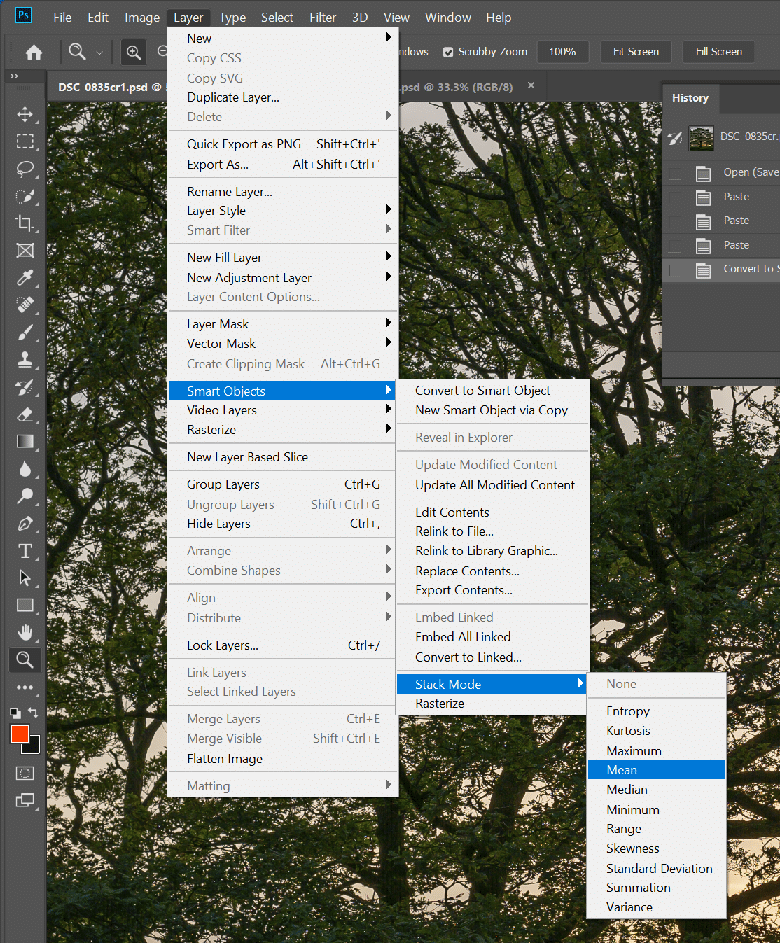 If you want to experiment, you can also choose Median.