This is the sixth in a series of posts on the effect of camera resolution on the quality of downsampled images. The series starts here.

In the first post in this series, I used Lightroom to process images of a Siemens Star, in an attempt to find out how well the superior image quality of a high resolution camera translated to images viewed on a 4k monitor. In the immediately-previous post, I explored using QImage algorithms — bicubic, Fusion, and Lanzos — to downsample the camera-resolution images to 4K. All three produced a fair number of artifacts with the 61 MP images from the a7RIV. The Siemens Star is a remarkably sensitive subject. That’s one of the reason it’s so useful. However, some of the artifacts that you see with the star just aren’t a problem in real life. That’s why it’s important to look at real-world subjects, too.

I photographed this scene with the Sony a7S and a7RIV, using the Sony/Zeiss 35 mm f/1.4 Distagon FE lens: 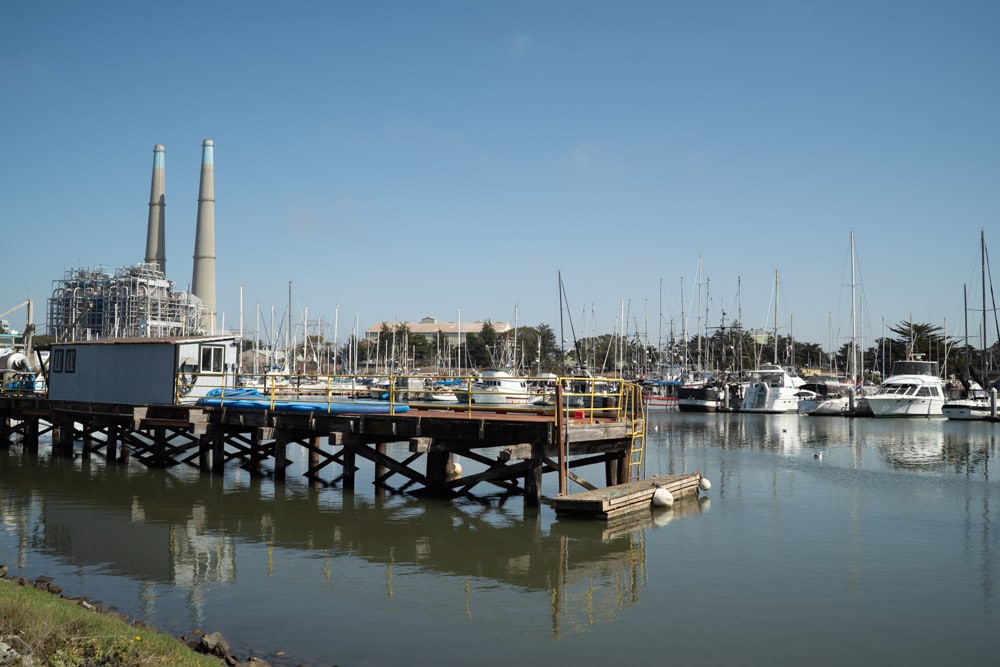 Before, I showed you crops before downsizing. I’m not going to do that here; if you want to refresh your memory, look here. Instead, I’ll show you same-field-of-view crops from the 4K downsized images, magnified a bit more than 300%.

Here’s a pair from both cameras with Lanczos downsampling:

There is some false color in the a7S image because of aliasing. The a7RIV image is a bit sharper. Could you fix that with additional sharpening? Maybe, but you’d make the false color worse.

Lanczos does a bit better, I think. The differences between the images in about the same.

There is more aliasing visible in the diagonal elements than with the other two algorithms, and the image appears a tiny bit sharper.

The diagonal spars actually look better in this image, if you discount the false color.

Let’s look elsewhere in the scene.

Except for the color differences and a tiny amount of false color in the a7S image, these look remarkably similar.

The differences between the two cameras are quite small in this comparison.