A few weeks ago I did a post that, among other things, covered the way that the engineering dynamic range of the Nikon Z9 varies with shutter speed. This was an important curve: 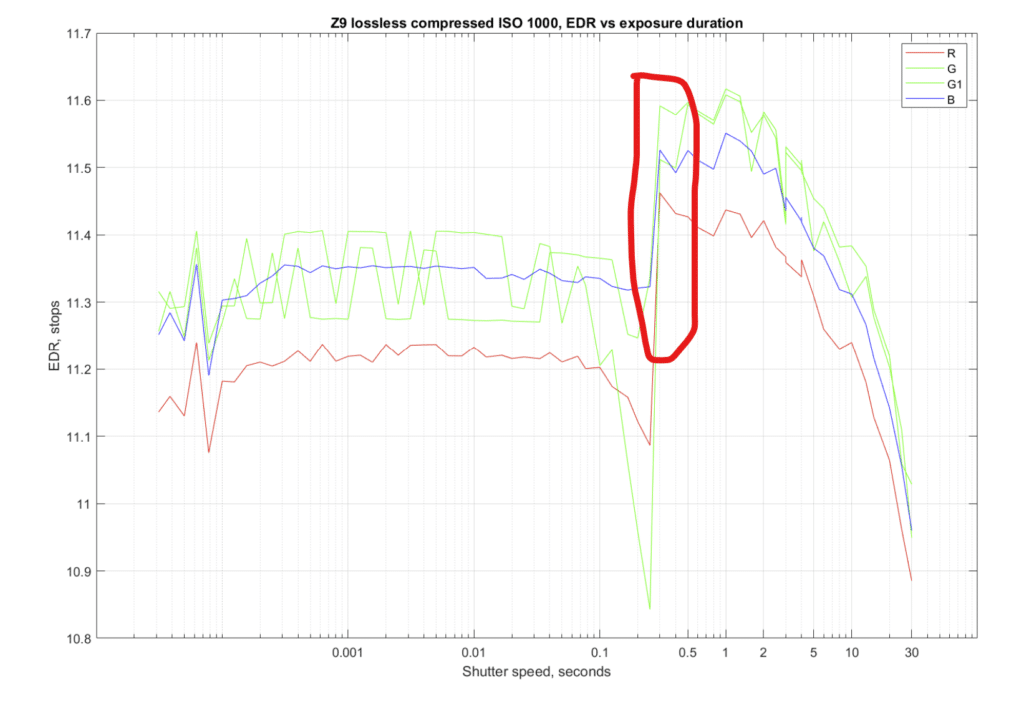 The above measurements were made with LENR turned off. There is something going on at the transition from 1/4 to 1/3 second exposure duration. I’ve circled that transition in red above. The read noise is reduced at 1/3 second relative to that of the 1/4 second exposure, and hence the engineering dynamic range goes up.

Here are the horizontal and vertical spectra of the four raw planes at 1/4 second: 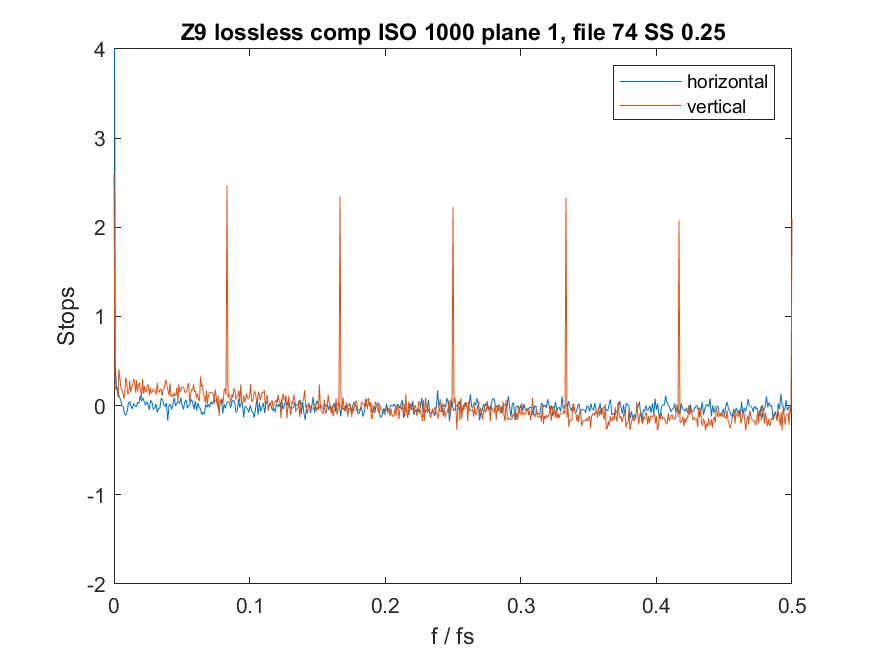 Plane 1 is the red plane. 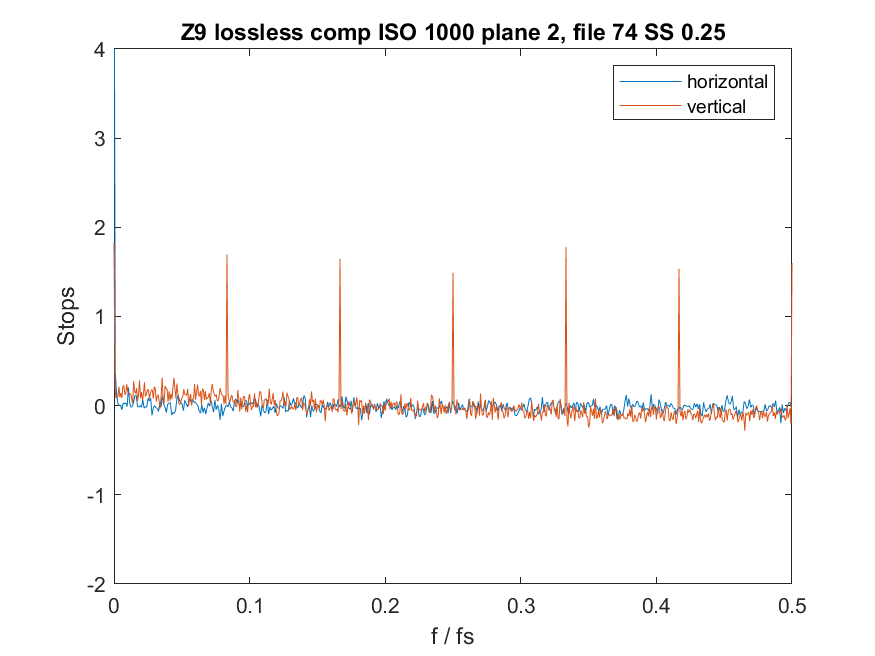 Plane 2 is the first green plane. 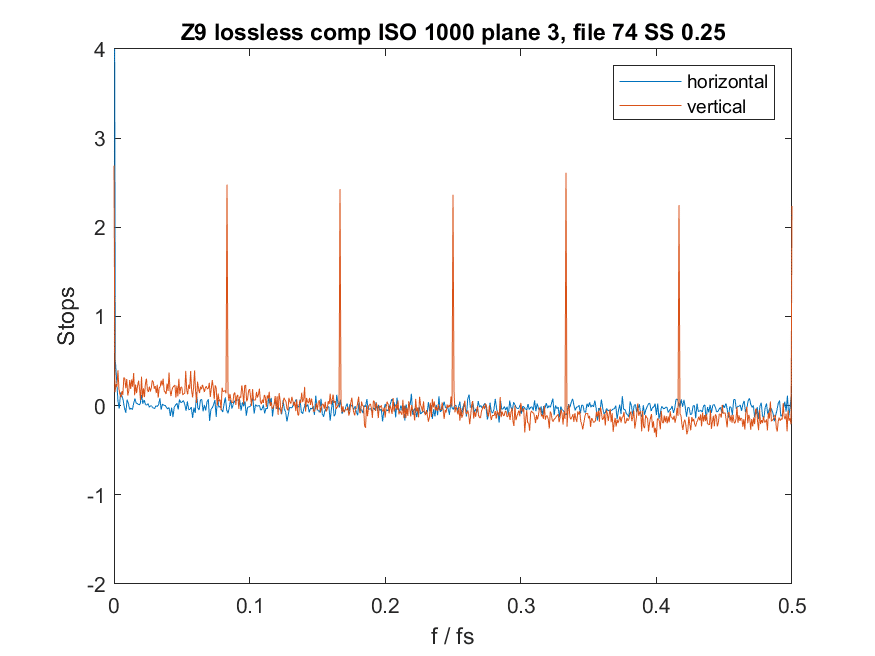 Plane 3 is the second green plane. 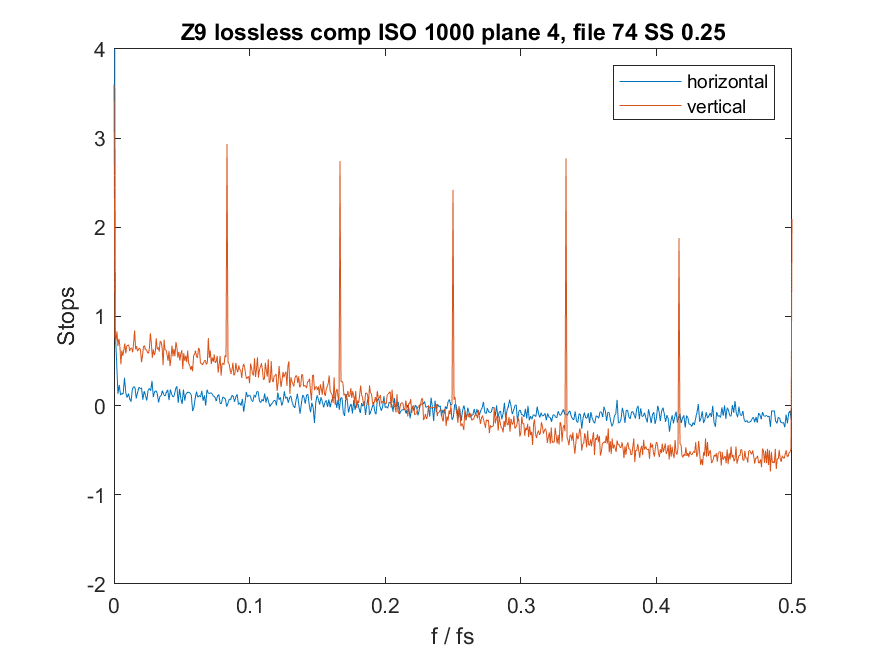 Plane 4 is the blue plane.

There is evidence of low pass filtering in the vertical direction, but little affects elsewhere. 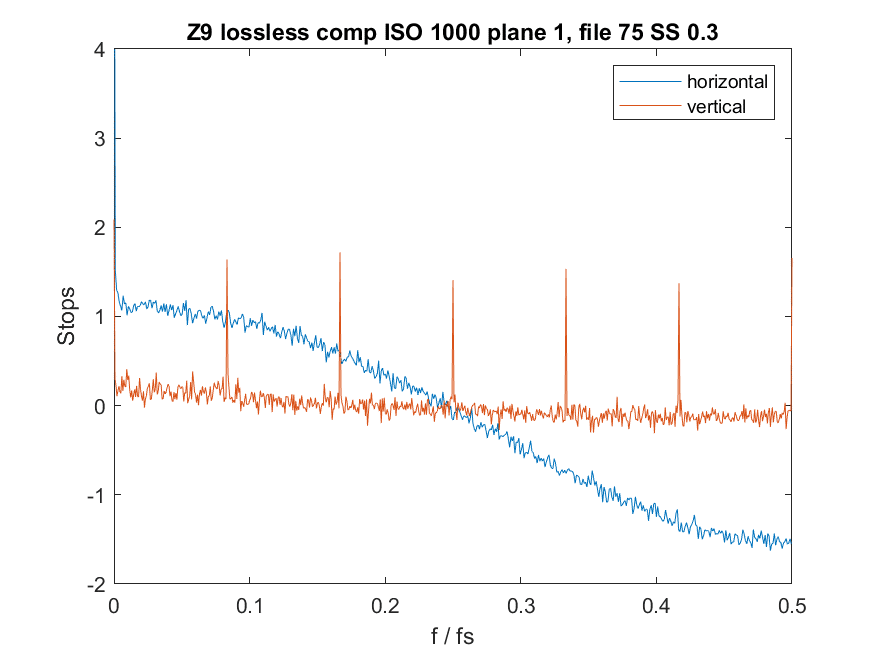 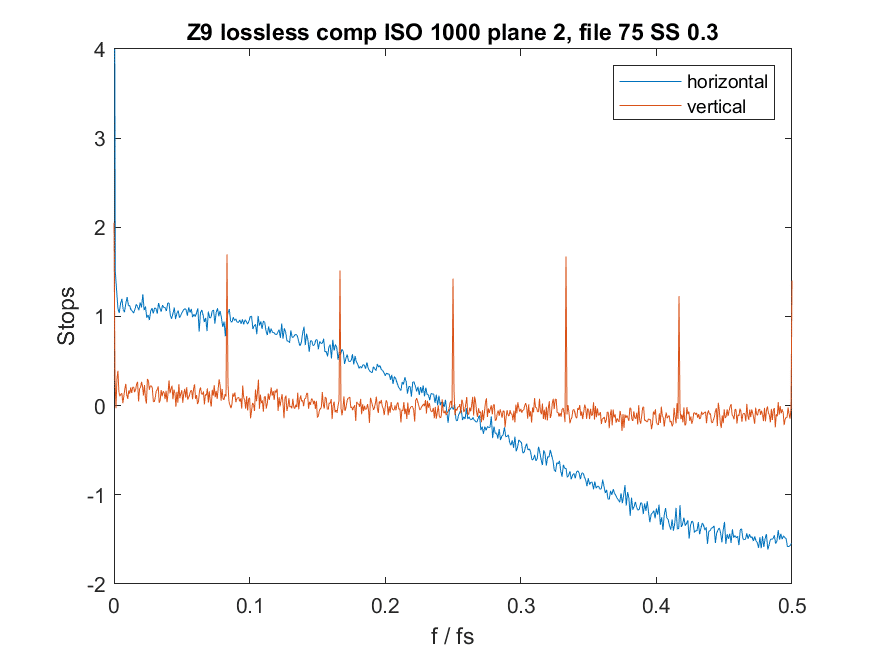 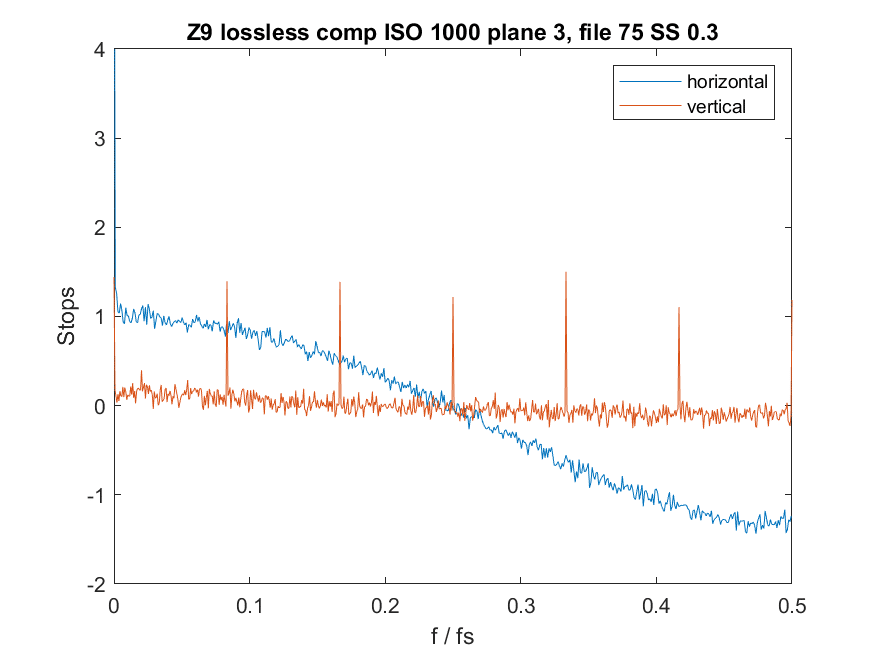 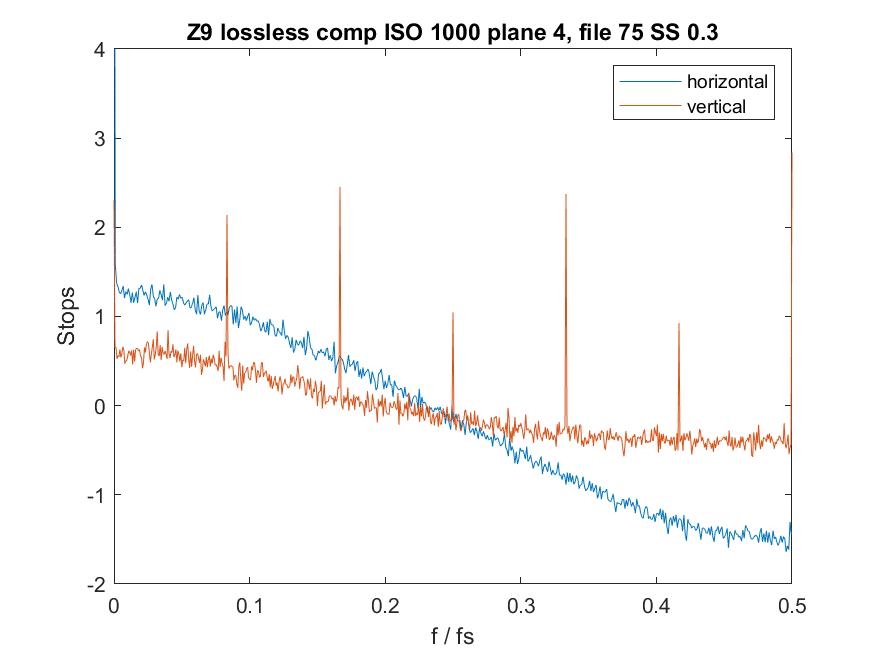 Now there is low pass filtering in all four channels in the horizontal direction.